The music and dancing continued through the night and the bass drummers were pounding their drums with all their strength as if their lives depended on it. A lot of them weren’t keeping a steady rhythm any more (probably as a result of sleep deprivation). Many of the fireworks were more like artillery shells and made a hell of a noise when they went off. Sleep was hard to come by. There had been more heavy rain overnight and the ground at the main Quyllur Rit’I camp, which had been more than boggy before, was a veritable quagmire now. It was a mixture of mud and faeces (provided by mules, horses and humans), liquidised with a generous application of urine. We were glad we had our hiking boots. Most of the old Andean women were heroically wandering around in sandals. It was a major undertaking not to slip over and fall on your face. We saw several locals go down but our party all managed to stay upright (though with a few close shaves).

This was the day when everyone would finally break camp. Most of the non-participants would head home, but the musicians and dancers would make the trek to the valley where the final day worship of the sun would take place. They would set off late in the day and march through the night, but we got a head start and set off after breakfast.

The trek took around seven hours, ascending and descending through the mountain passes, with epic vistas containing volcanoes, mountains, glaciers, valleys, rivers and the odd motorbike! We passed a few way stations where locals had set up cook tents to support the marching dancers and musicians later on.

After a long day on the move, with several of the group having to resort to a ride on our spare mule, “Taxi”, we made it to our new campsite. It couldn’t have been more of a contrast to the one we’d left that morning. The sprawling mass of tents, people, animals and cook fires had been replaced with a field containing only our own tents. We stood gazing awestruck at the night sky for a while before climbing into our sleeping bags around 8pm. We would be rising at 4am for the last act of the festival.

A frosty start to the morning at main camp 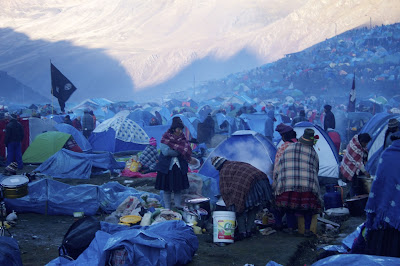 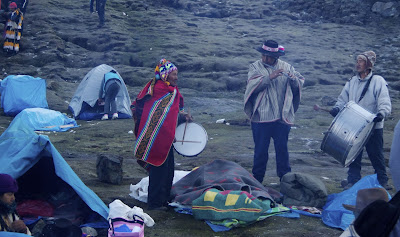 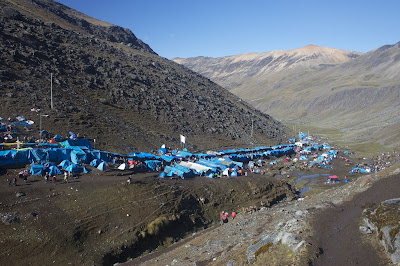 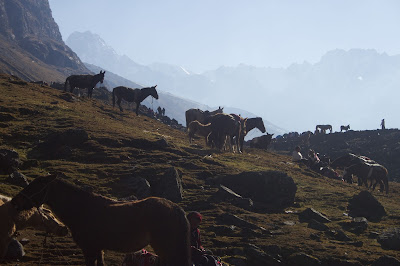 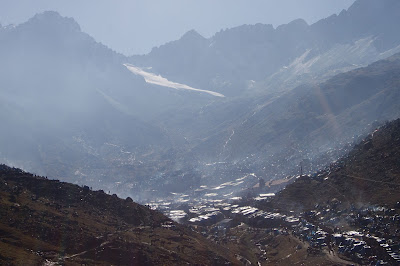 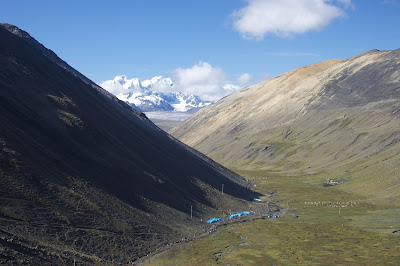 A herd of alpacas greet our ascent 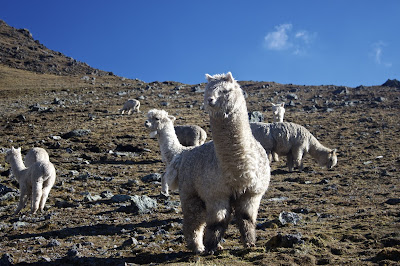 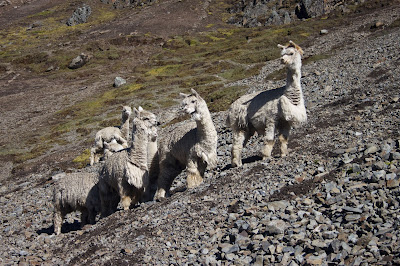 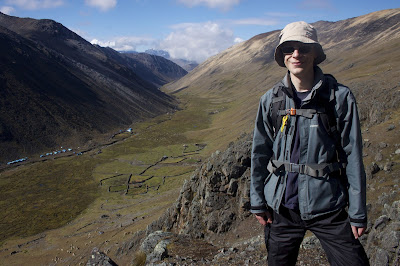 The camp and glaciers from high up the mountain side 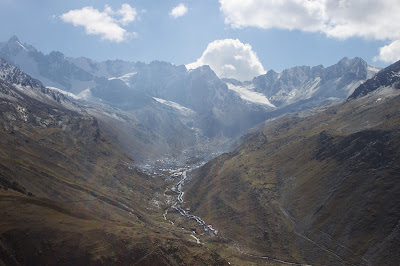 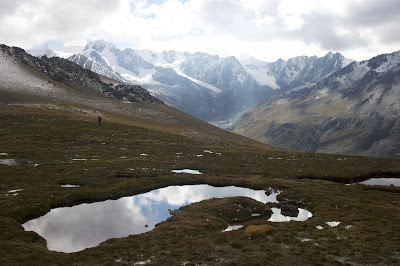 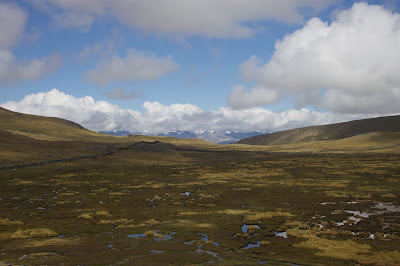 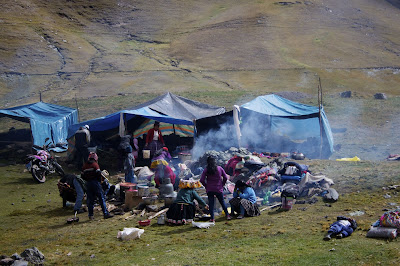 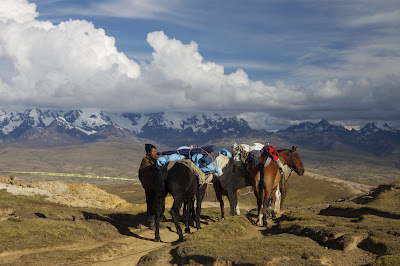 A more modern approach to the mountainous terrain 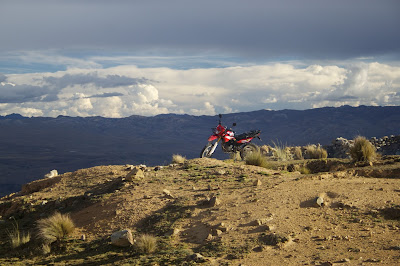