830 kilometres south of Katherine Gorge we stumbled upon the Devils Marbles, huge granite boulders scattered across a wide, shallow valley. The Devils Marbles are located in the traditional country of the Warumungu, Kaytetye, Alyawarra and Warlpiri people. They call the Devils Marbles Karlu Karlu, which literally translates as ‘round boulders’.

The marbles are remnants of a solid block of granite the bulk of which still lies underneath them. The granite formed 1700 million years ago, high pressures lead to cracking which allowed groundwater down into the rocks when they were still deep below the surface, this reacted with some of the minerals in the granite to form clays causing further weathering. Eventually the softer overlying rocks were eroded away exposing the granite. The weaker weathered granite was washed away exposing the boulders and blocks that remain strewn across the rocky platform.

Or a big lizard spirit dropped her eggs as she journeyed south and they turned into the rocks you see now. Take your pick.

After the marbles we happened upon Wycliffe Well, a road house, petrol station and campsite that has the highest concentration of UFO sightings in Australia - weird place, we didn’t stay for long!

Further south we crossed the tropic of Capricorn, the dividing line between the Southern Temperate Zone to the south and the tropics to the north, we had officially entered Australia’s dry centre.


Impressive for bouldering although unfortunately not allowed 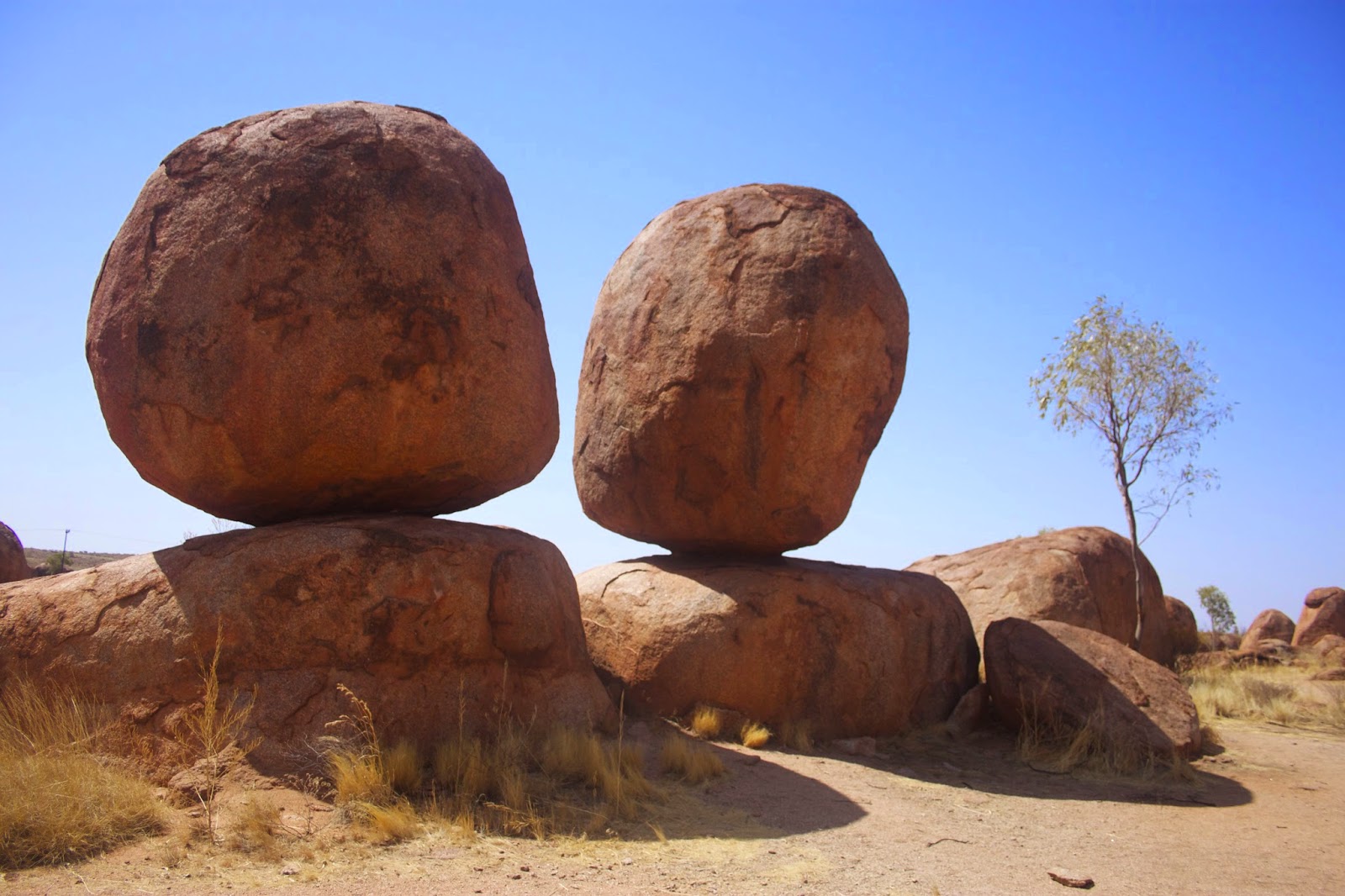 Oooh I think this ones loose said Sisyphus! 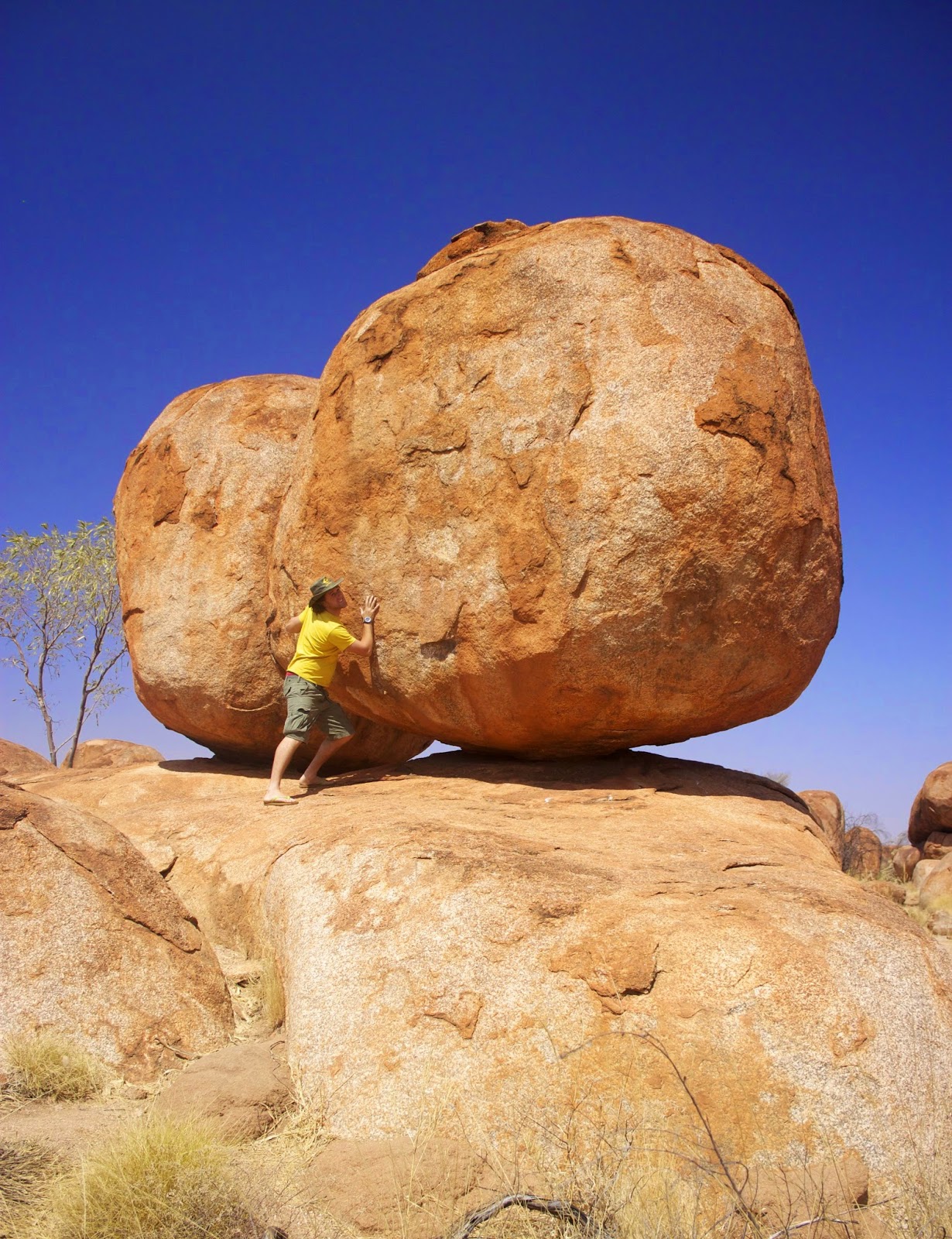 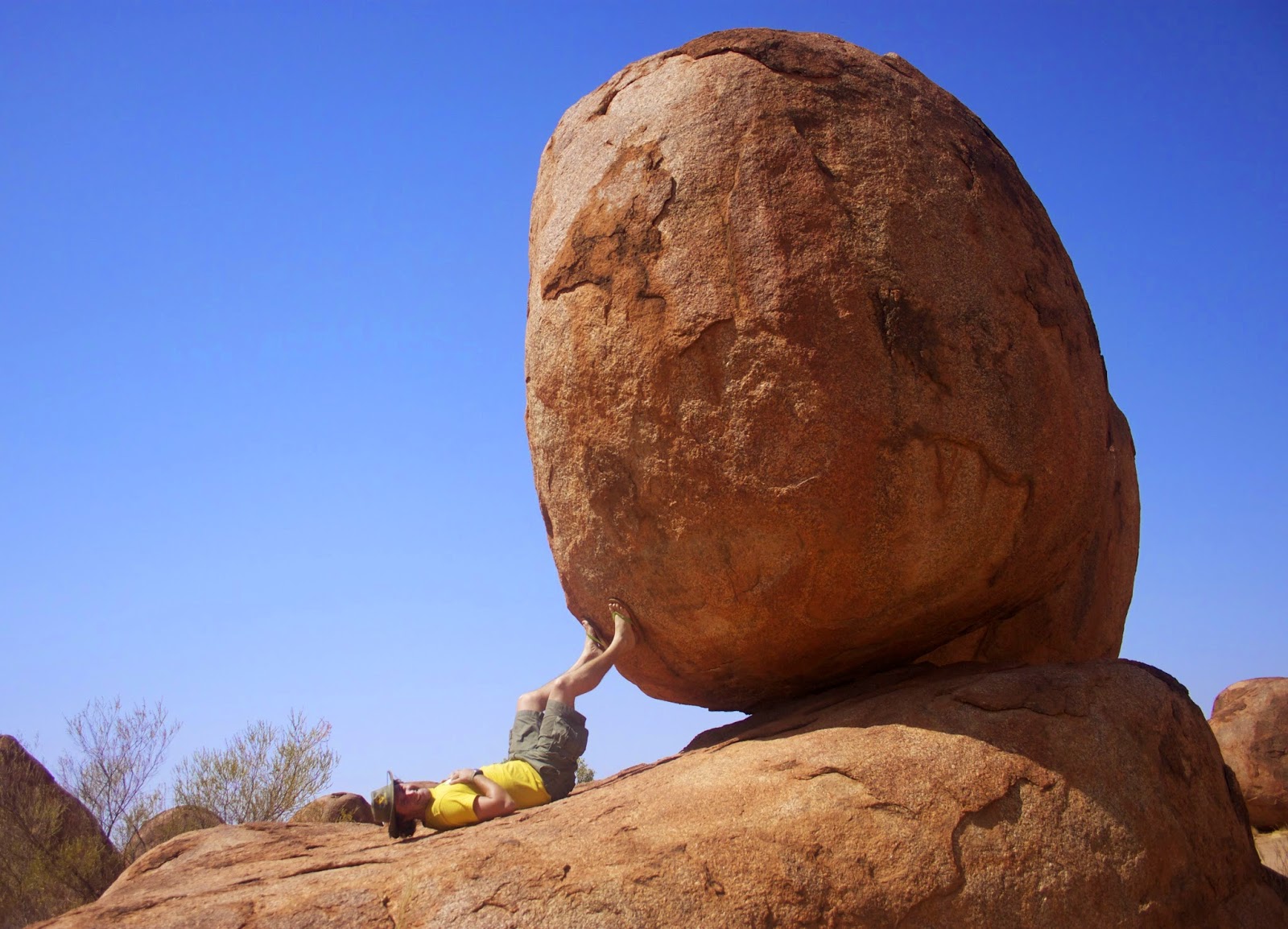 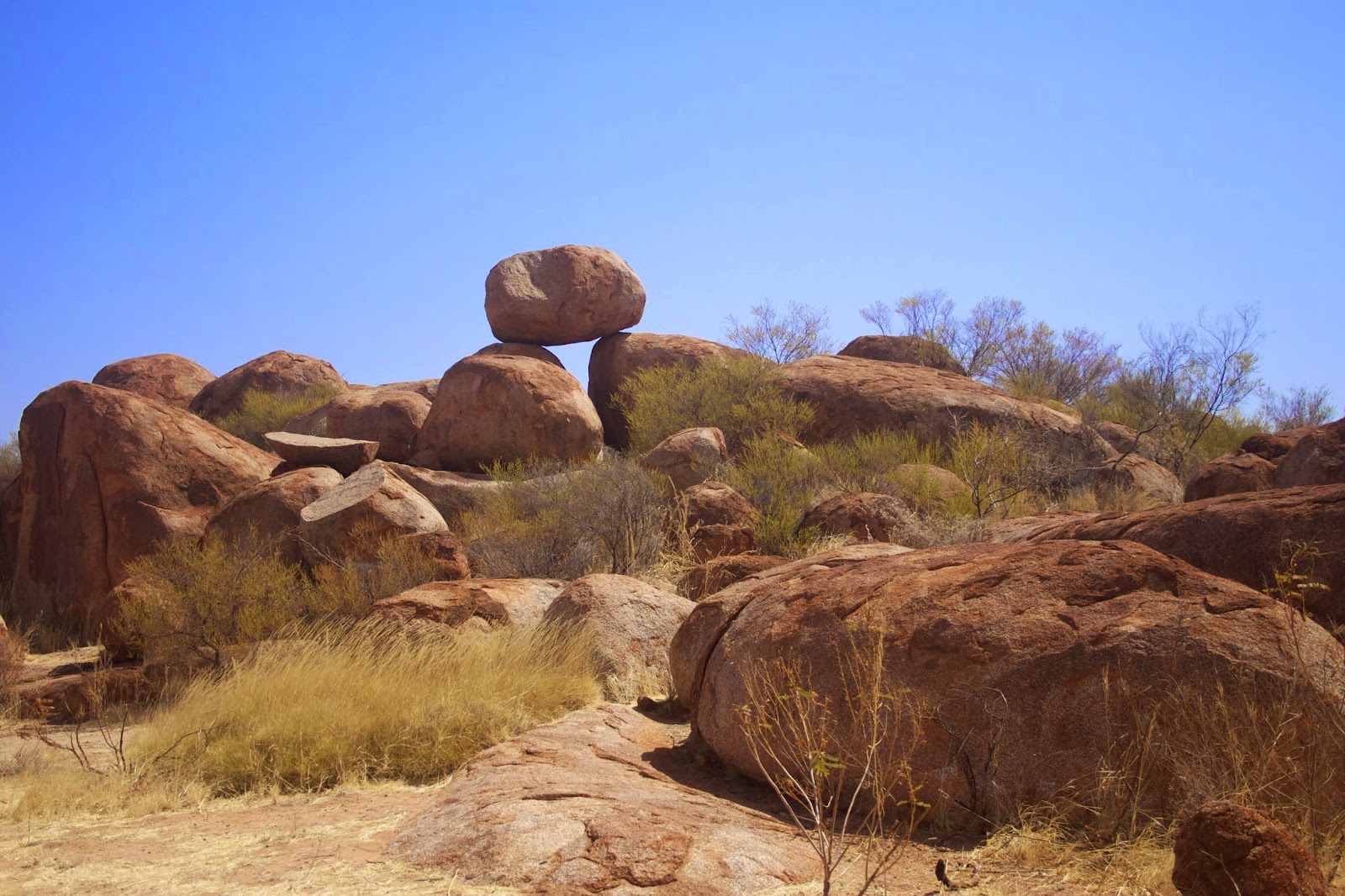 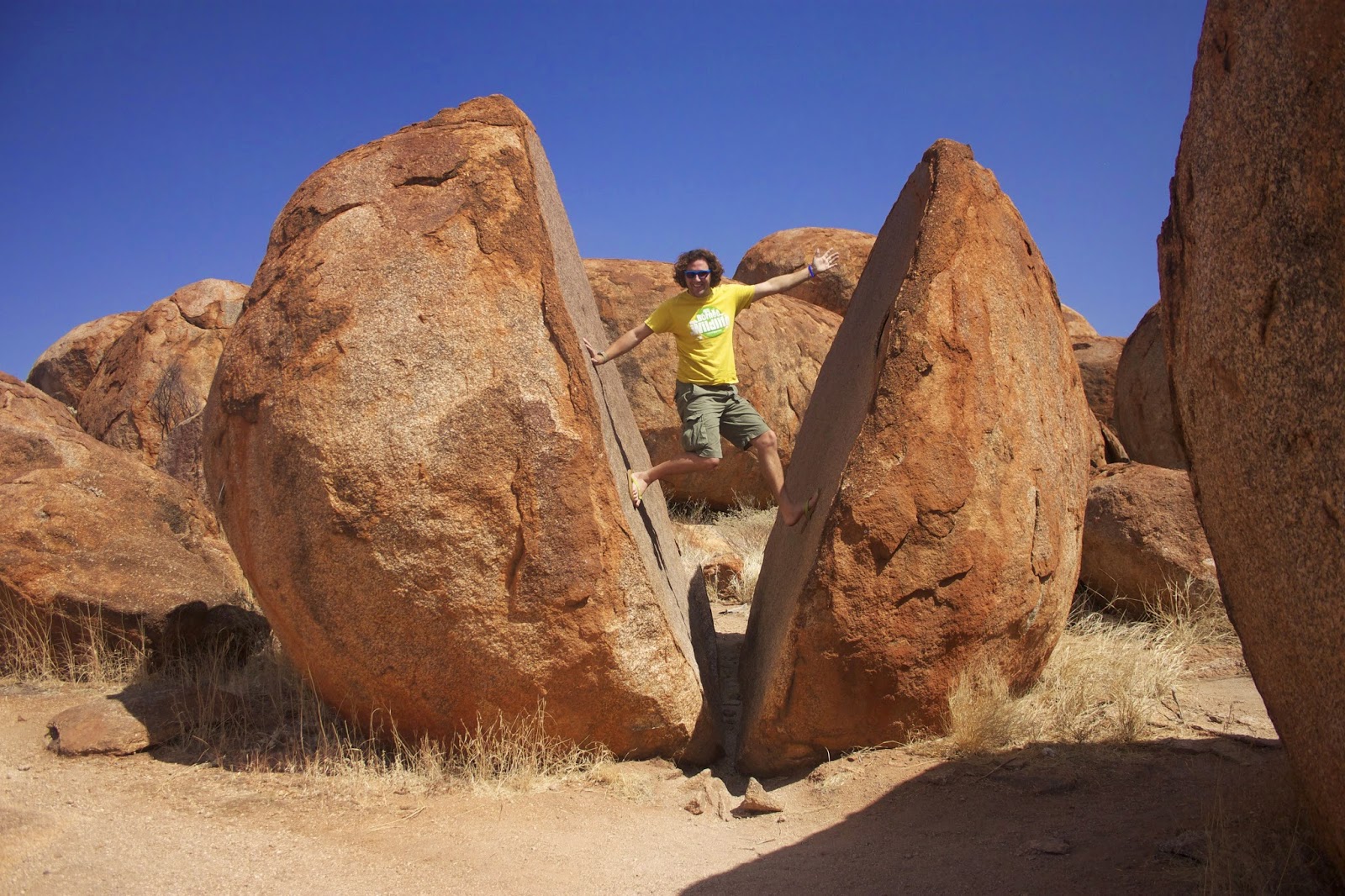 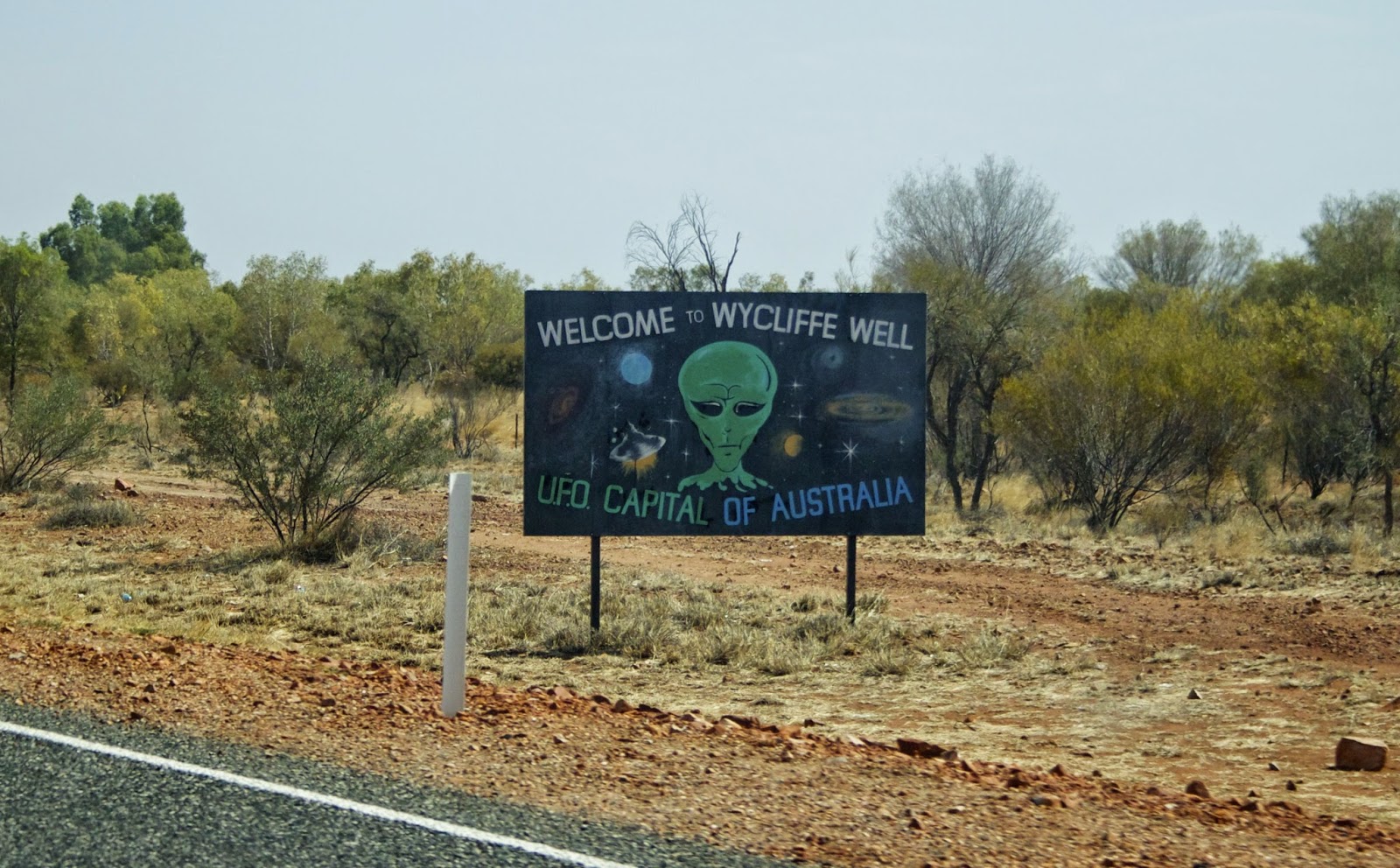 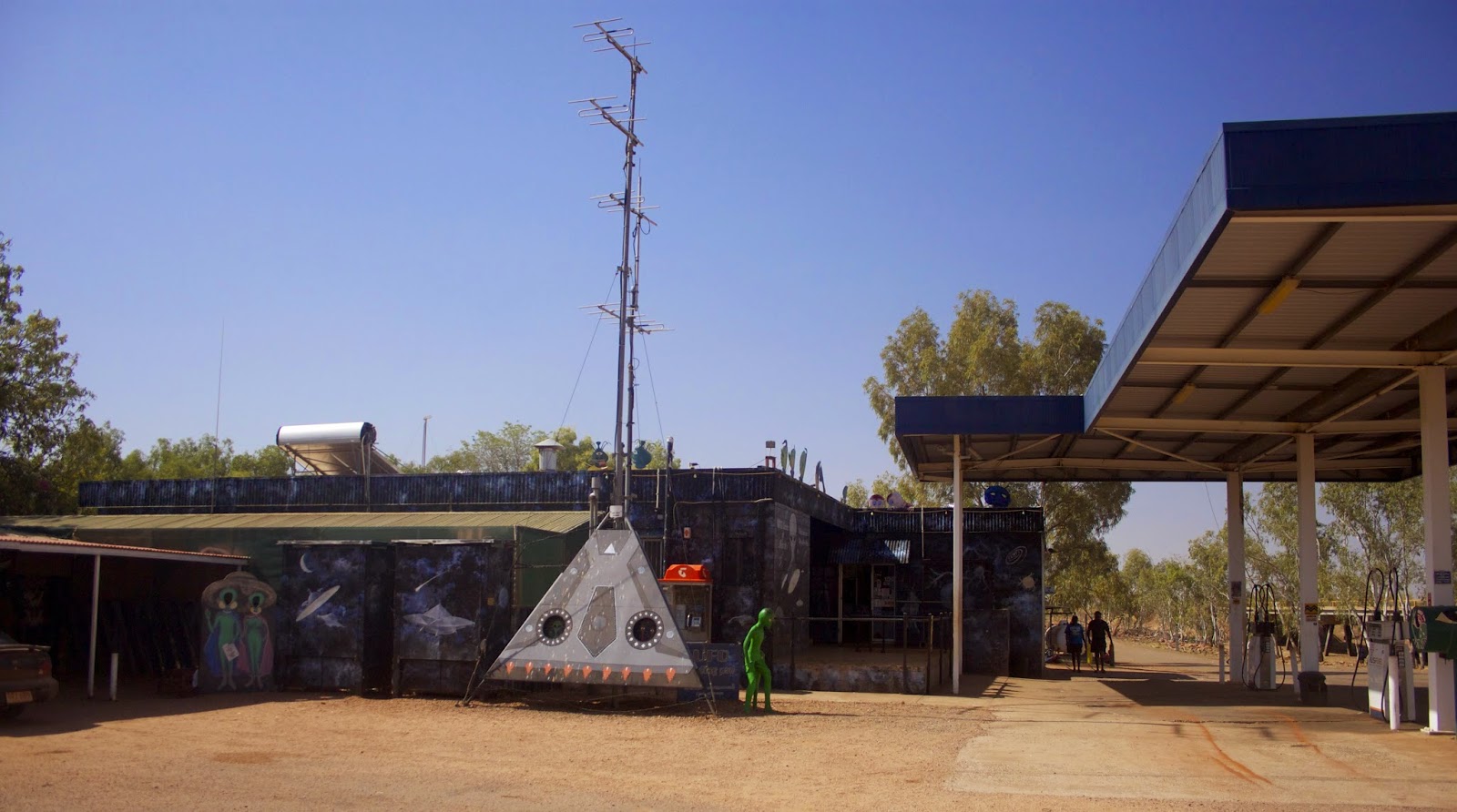 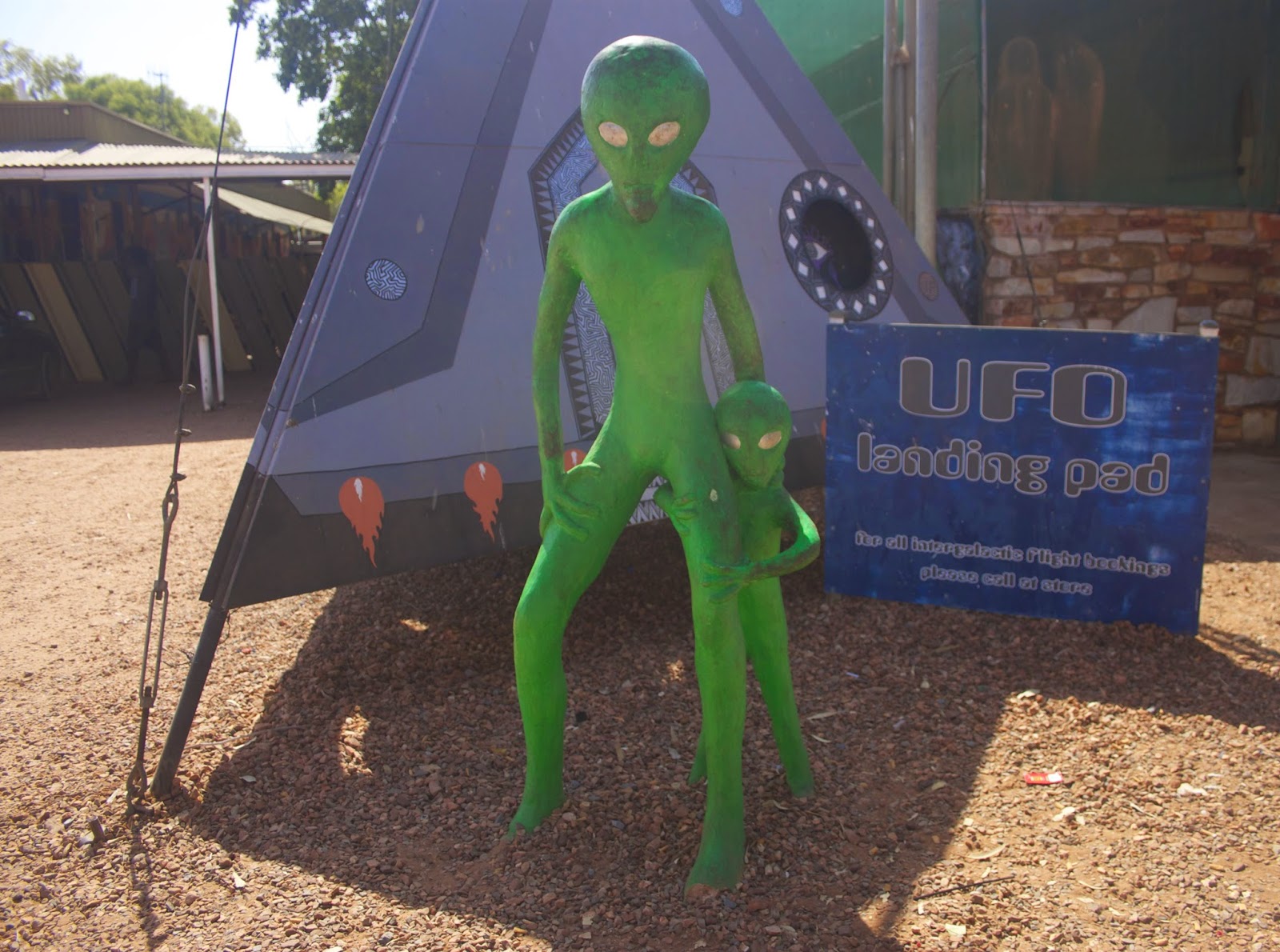 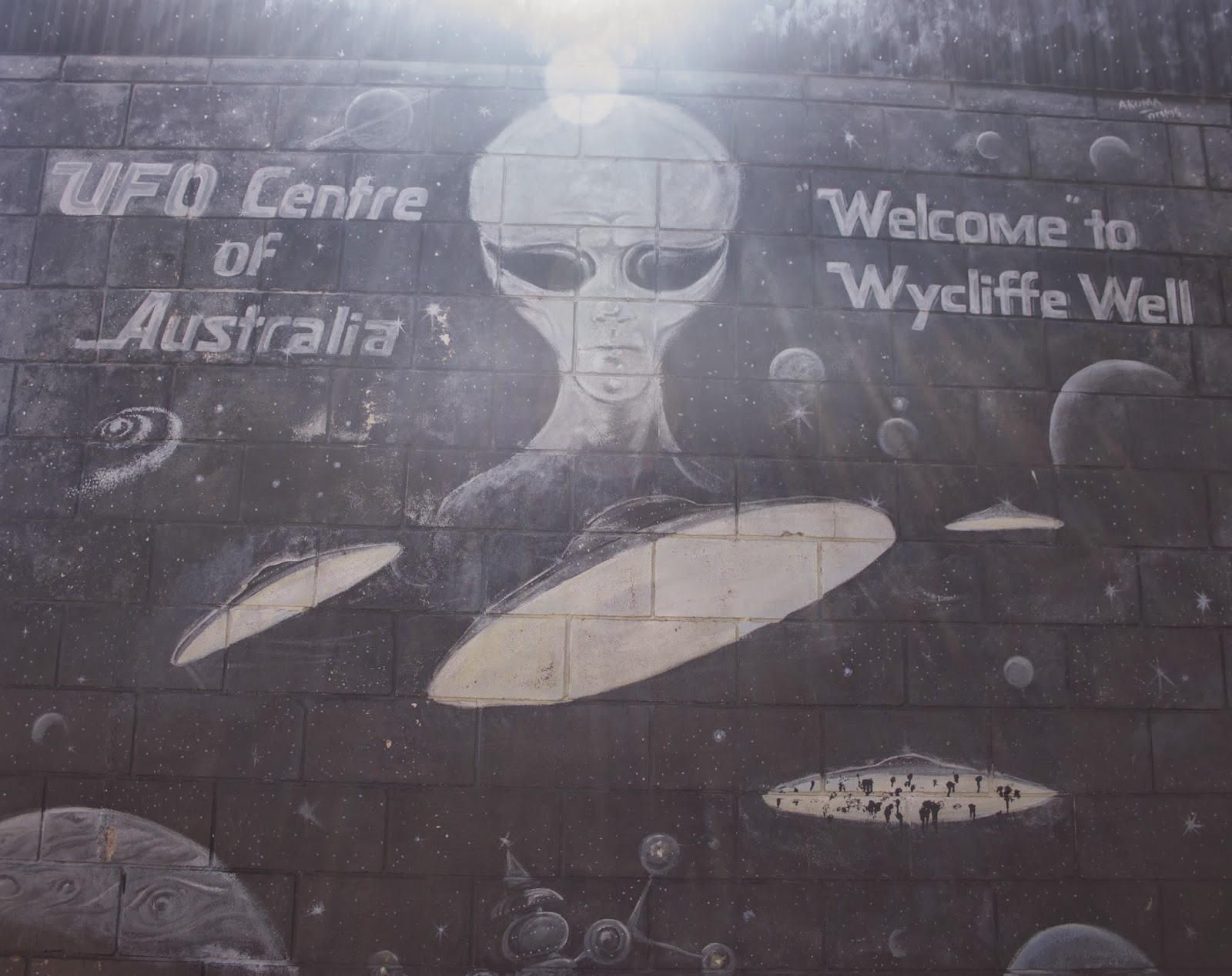 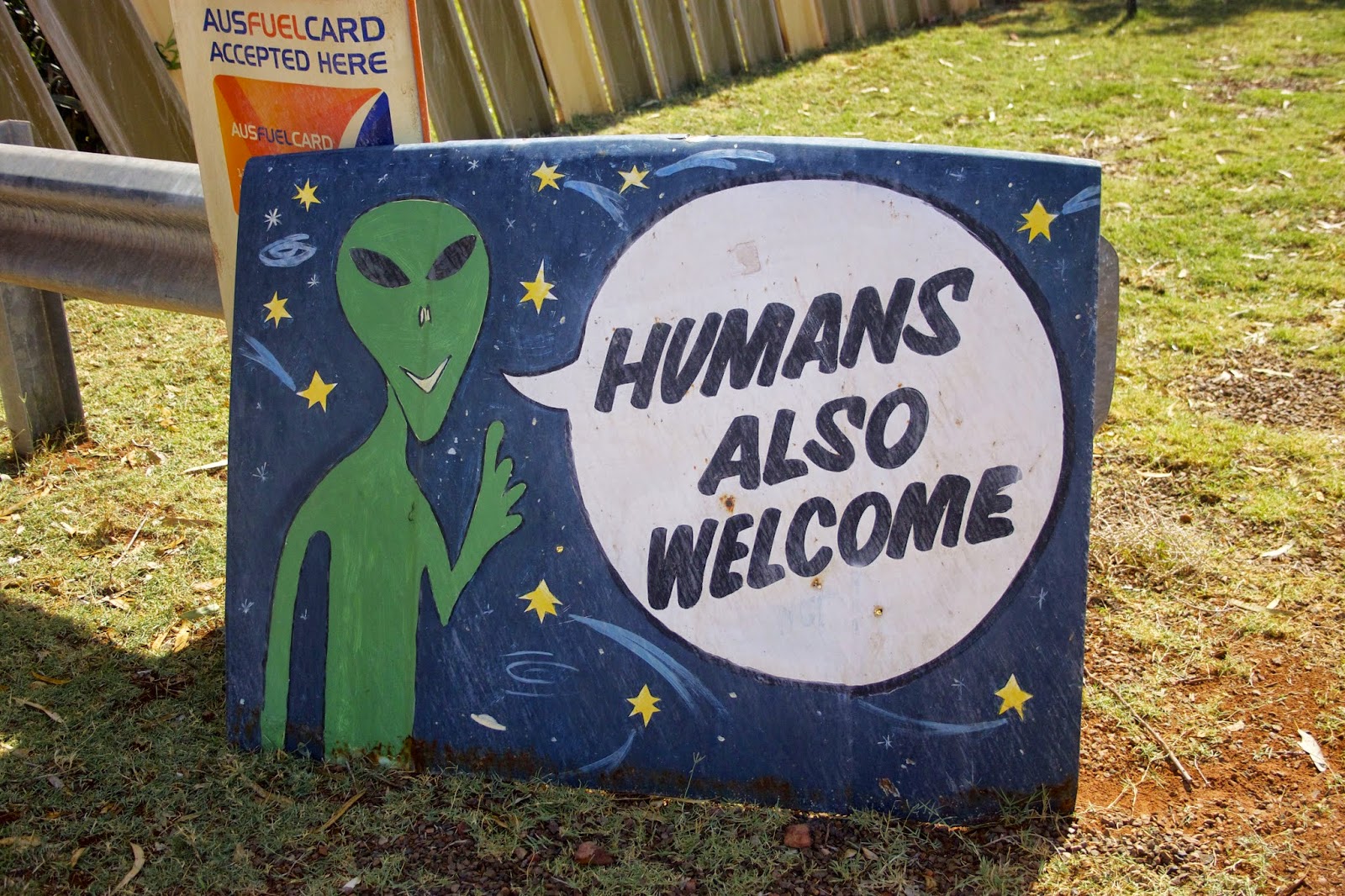 Wahoo - although apparently its moving north at 15 metres a year! 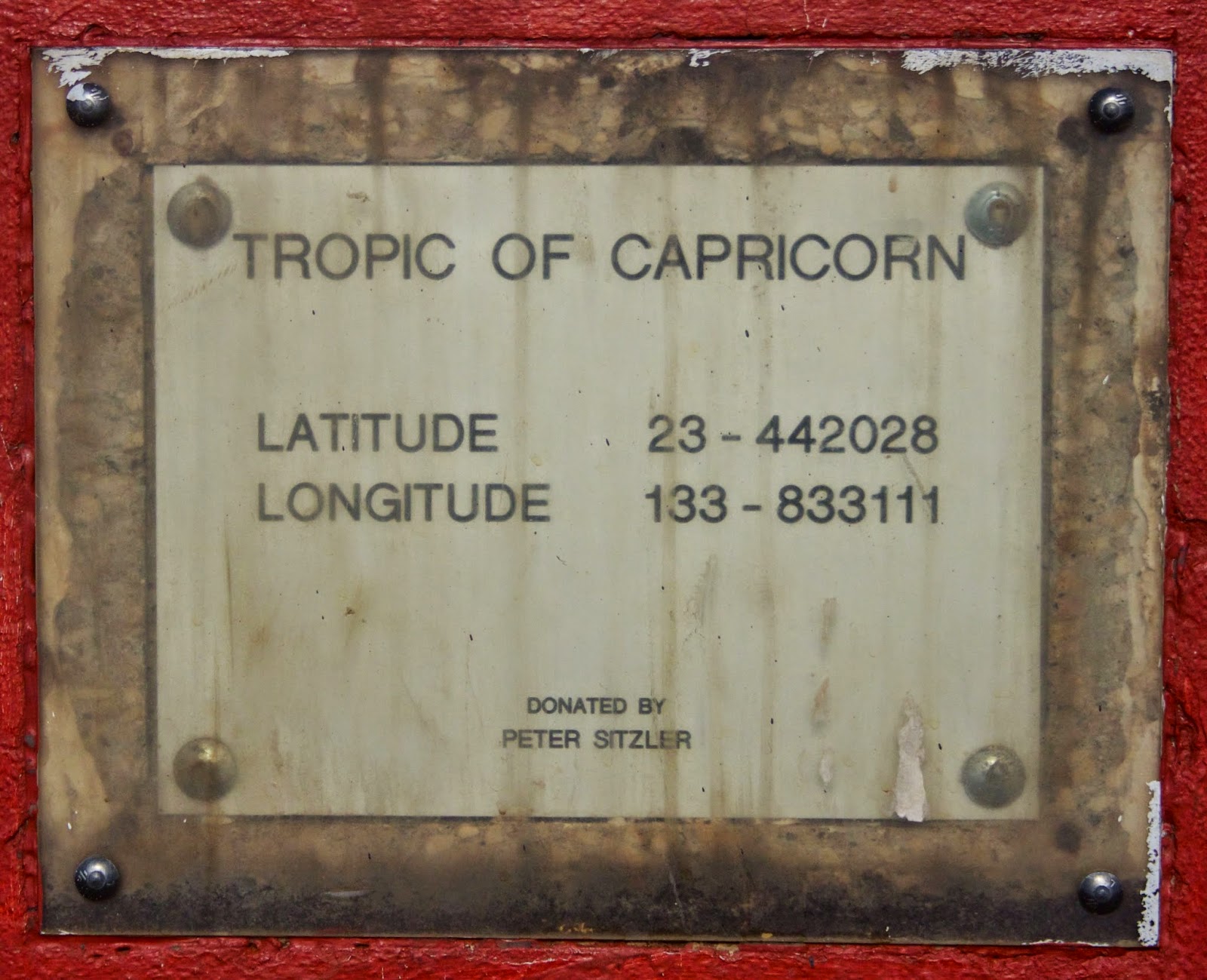 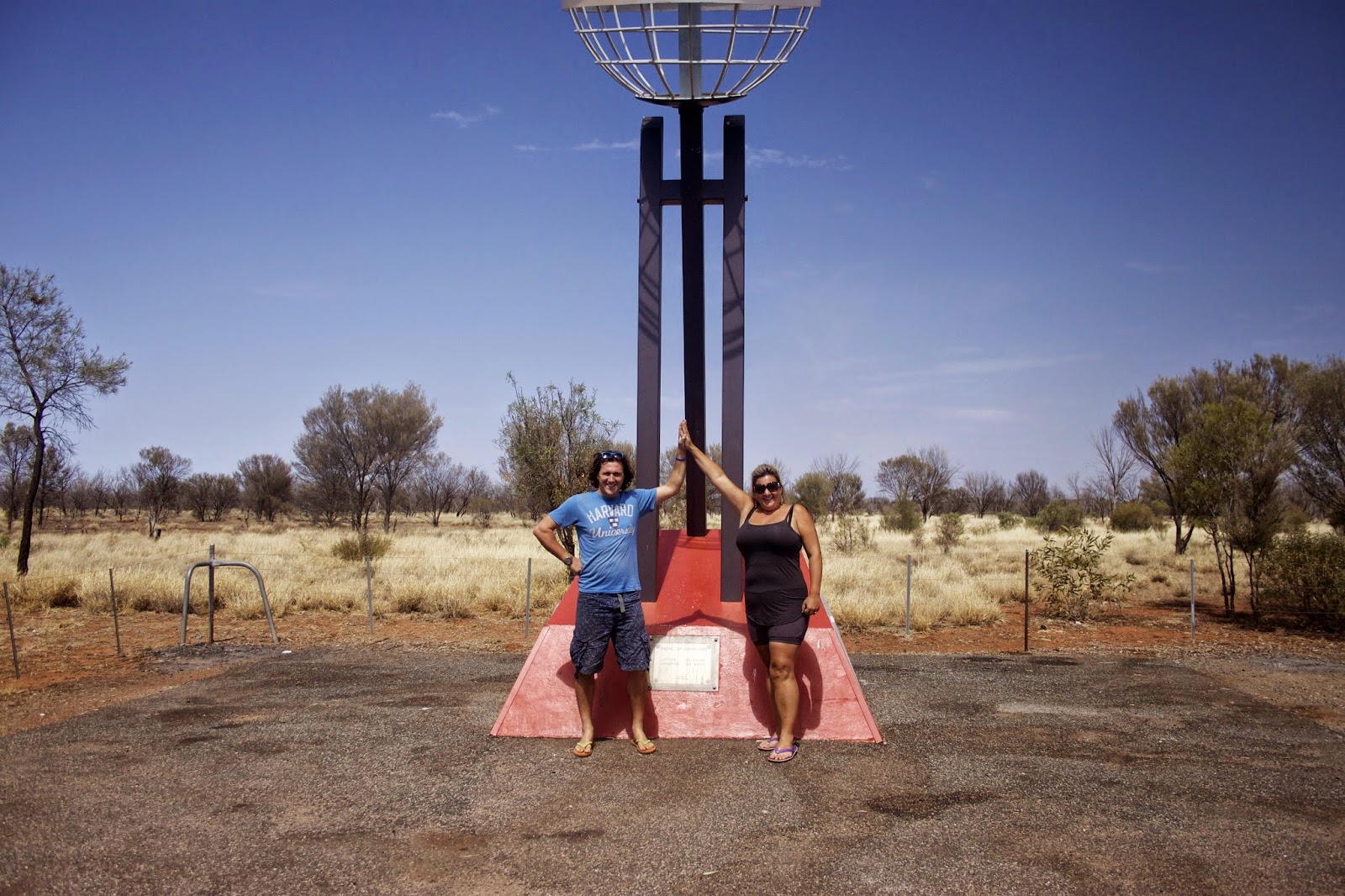