Due west from Alice Springs a series of mountain ridges run east to west, named the MacDonnell Ranges. Composed predominantly of metamorphosed sandstone (quartzite) and dolomite the mountain range used to be a shallow inland sea, where kilometres of sediment were deposited from the Australian continent. Millions of years later during the Alice Springs Orogeny the land was buckled and forced upwards to form these parallel escarpments. Over the last 350 million years they have been eroded by wind and water which has resulted in this rugged range. Now south of the Tropic of Capricorn the climate is much drier and the soil has changed from blood red to a reddish orange colour.

Running the length of the highest range is the 223 kilometre Larapinta Trail. It is a tough 8-10 day trek, especially now in the dry season where temperatures on the escarpments can exceed 50C and water stops are few and far between. The many gorges that carve their way through the rock contain cool ground water all year round, fantastic for an icy refreshing dip to escape the heat of the day.

We spent a pleasant day exploring a number of the gorges on our route, but unfortunately lack of time prevented us taking on the 223 km trail – maybe next year!!

Stopping to stretch our legs at Simpsons Gap, a dry river bed and gorge in the escarpment, we spotted black footed rock wallabies hopping between the boulders.

We arrived late at Ellery Creek Big Hole and forwent dinner as we needed our bed. The Aboriginal name for Ellery Big Hole is Udepata, and the permanent spring water made it a special meeting place for the Arrernte aboriginal people.

The weather had clouded over and during the night we heard a sprinkle of rain, our first since arriving in Australia. It really was just a tiny spit, and evaporated on contact with the window. We took an early morning stroll along a leisurely circular route, which showcased the dolomite and sandstone bedding. It was interesting to be in a different environment to that of Kakadu. This was desert country where Spinifex dominated the floor. These javelin and spear grassy hummocks seemed like armies of echinoids posed for battle.

At its western end, the MacDonnell Ranges give way to the flat plains of the Gibson Desert. At the Tylers Pass Lookout, the last highpoint on the road, we could see across 20km of desert to a 5km long crater-like shape thrusting out from the desert sands below. This is Gosse Bluff, the remnants of a meteorite or comment impact dating back to 140 million years. The original impact crater was 20km across and has long since eroded away. The rocks that remain are those that were 5km below the surface when the celestial object struck, contorting and twisting them upwards due to the high temperatures and pressures – an impressive sight.

From here its possible to travel straight to Kings Canyon and Uluru by unsealed roads, but as we didn’t have a 4x4 we had to go the long way round back via Alice Springs, a 500km detour!

On our way back towards Alice Springs we visited the Desert Park, a nature reserve where they focus on conserving many of the endangered species from the Central Australian region. Australia has the highest extinction rate of any country, predominantly due to the introduction of many foreign species such as cats, dogs, rabbits, cane toads and camels, which either hunt native species or compete for the same food sources.

The park was very informative with displays and talks allowing us to get up close and personal with some of the more shy and nocturnal species that inhabit this parched desert region. 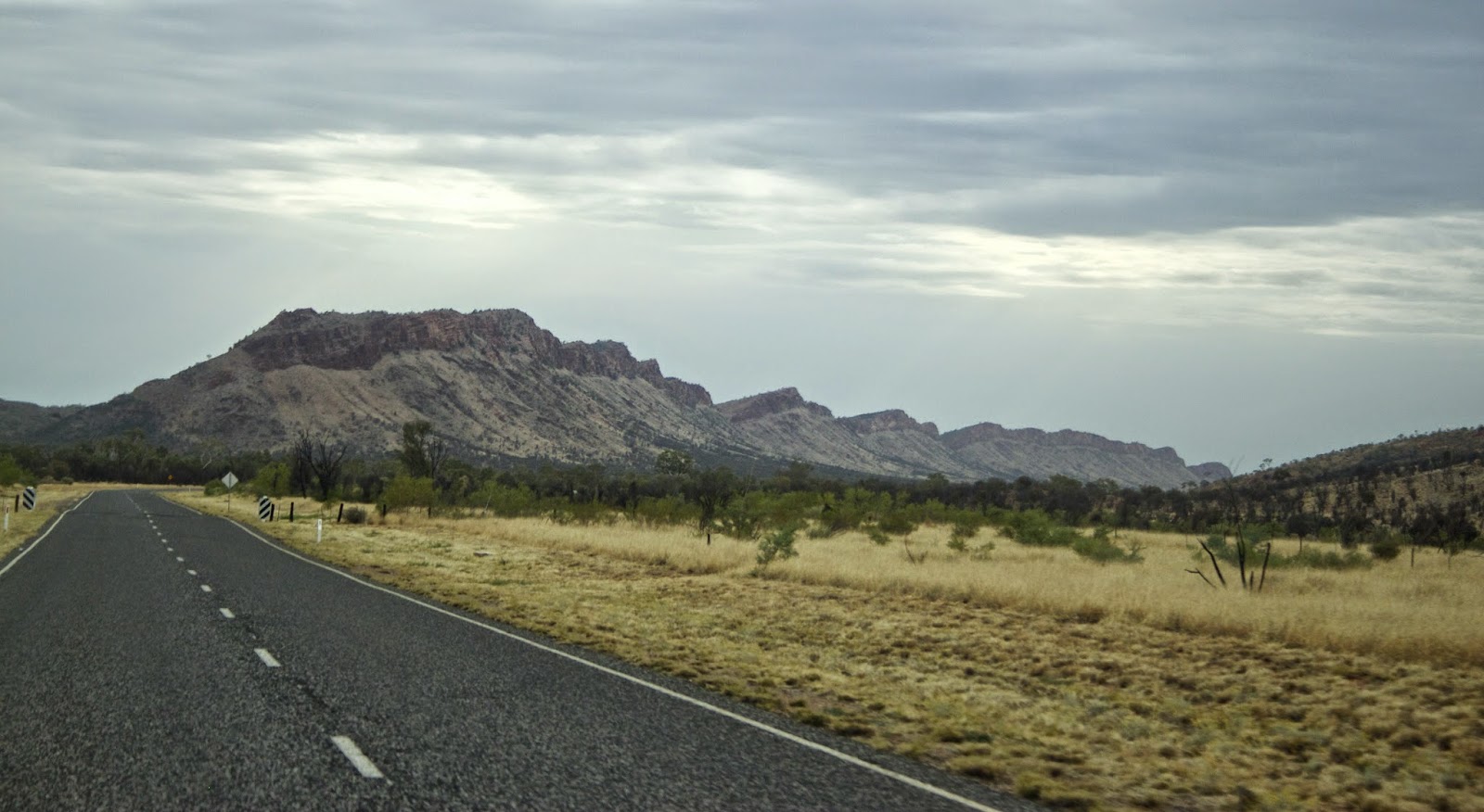 Simpsons Gap is one of the first gorges you reach, cleaving through the ridge 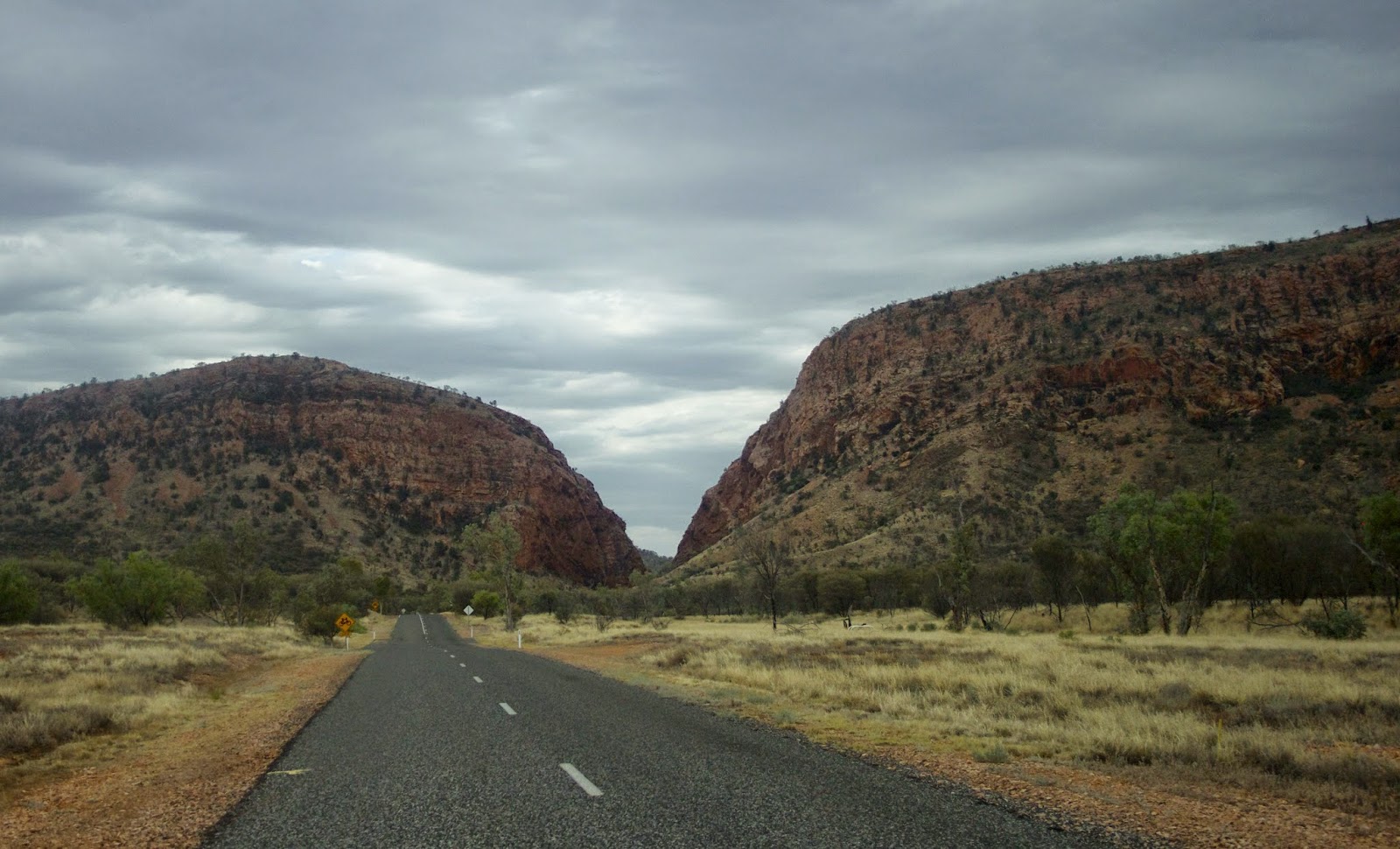 Sort of stating the obvious - no water! 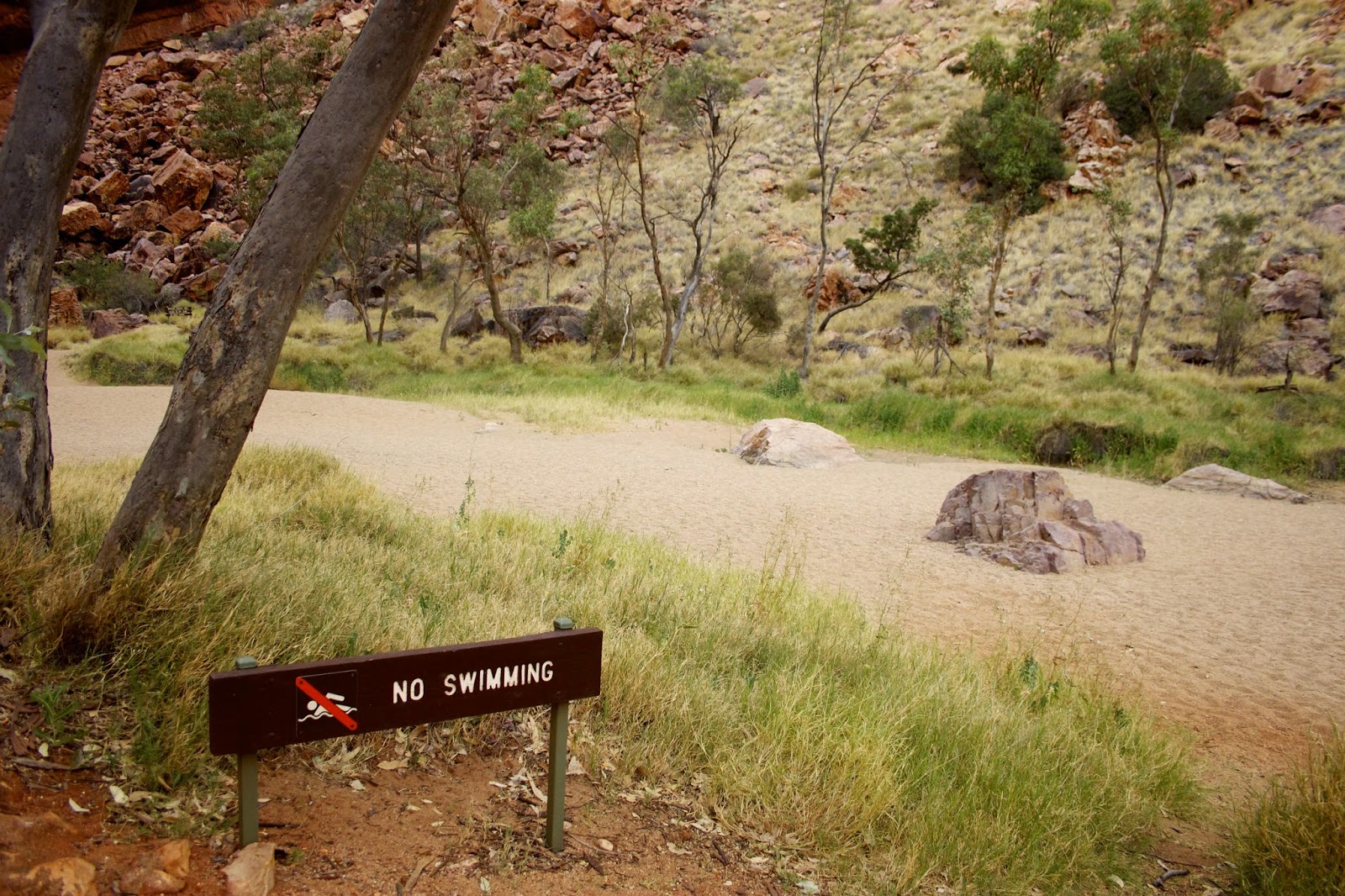 A black footed wallaby, only found in these ranges 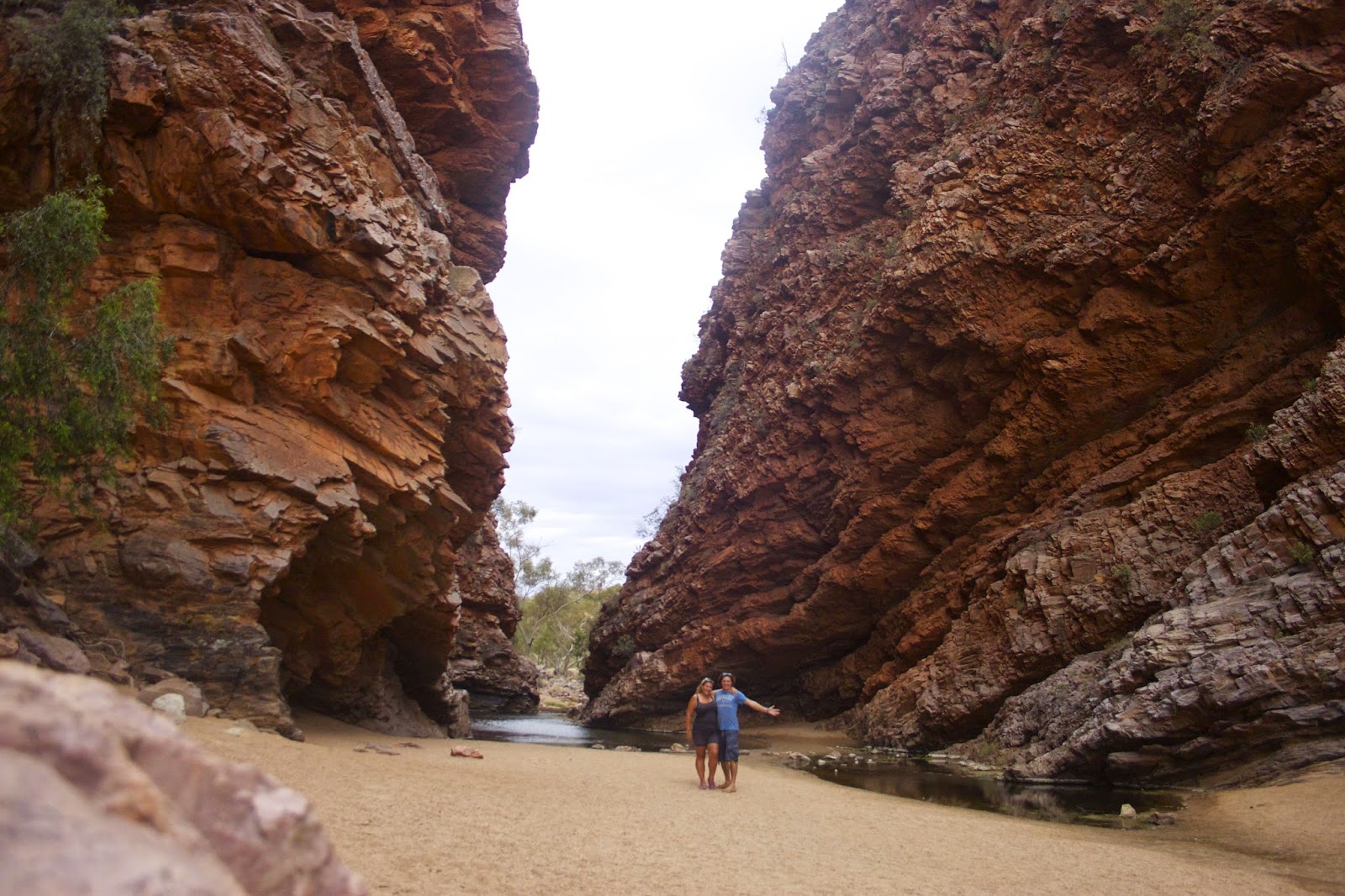 The cicadas even survive in the deserts around here 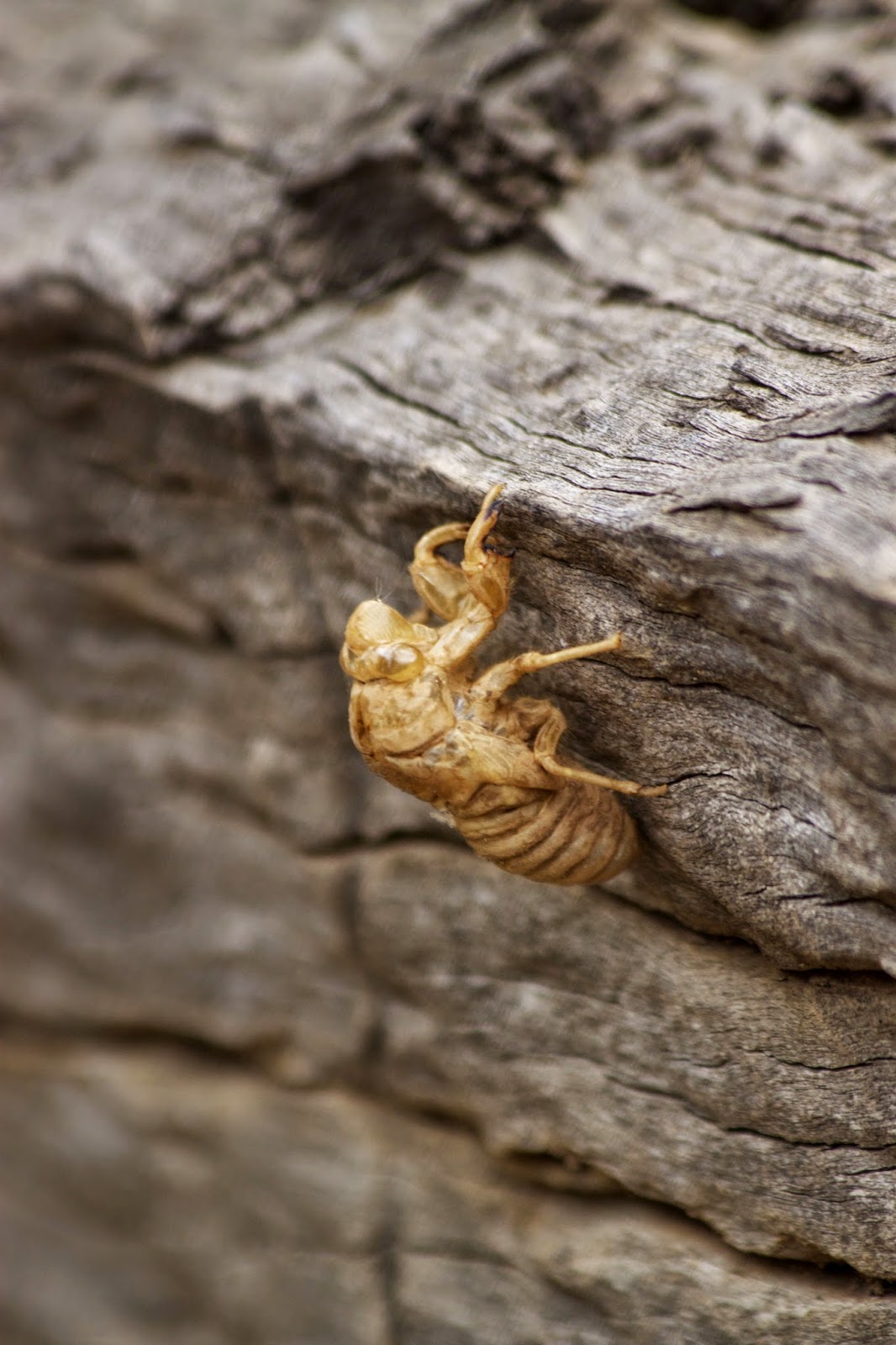 Scub and spinifex dominate the area, the greener vegetation covering the zone where the dolomite and sandstone beds meet, where groundwater comes to the surface. 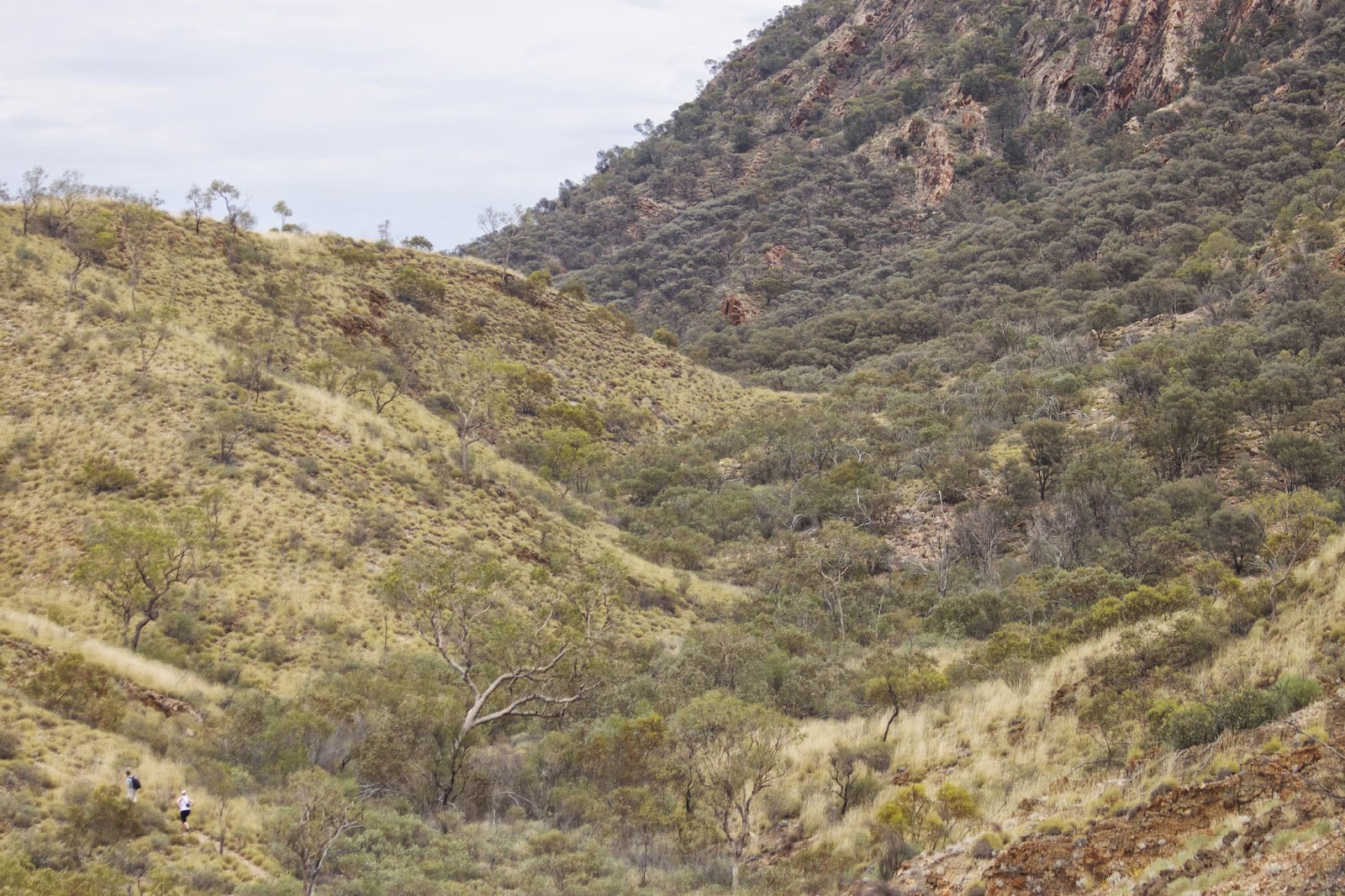 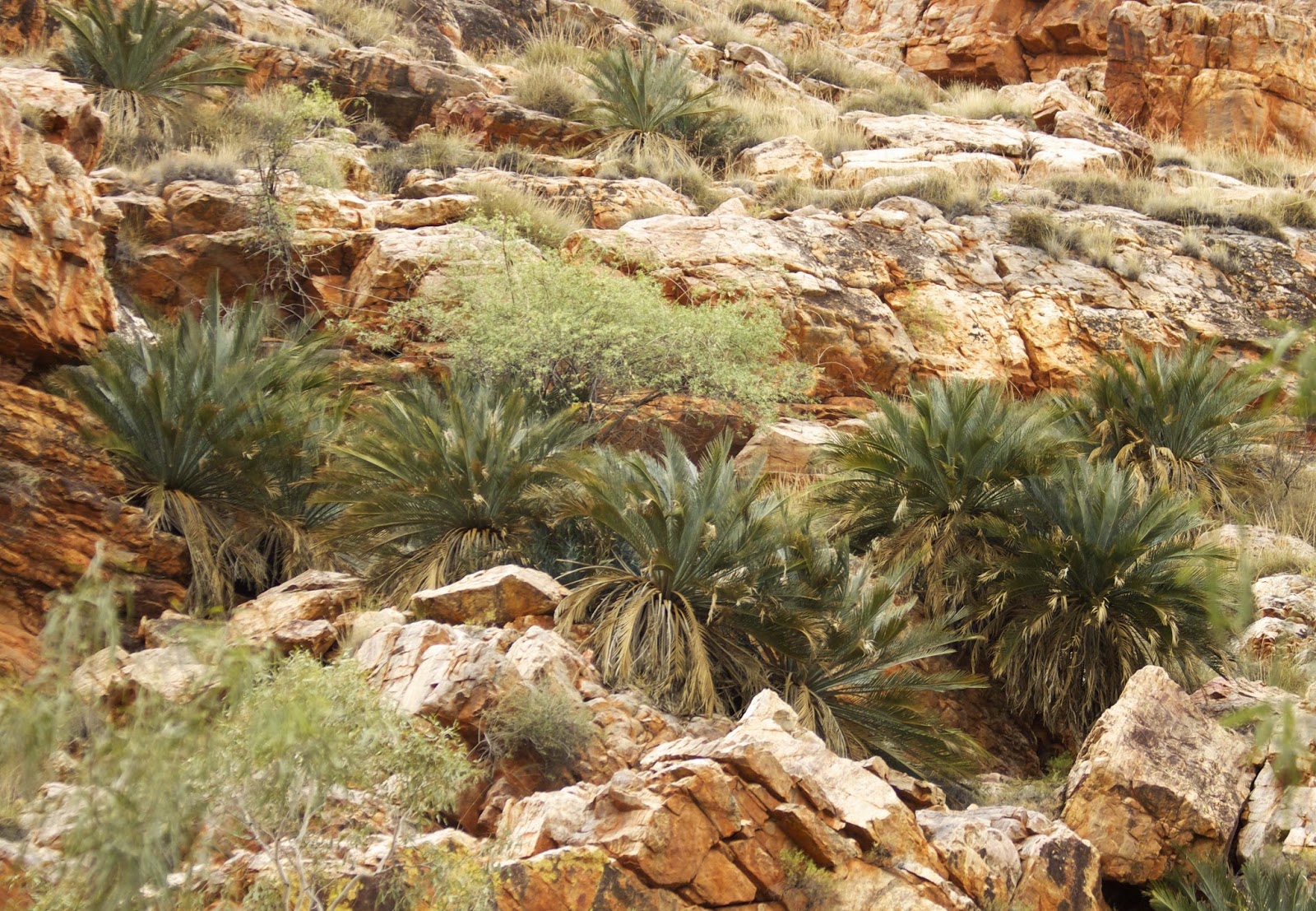 There are a few stranger sights in these habitats too 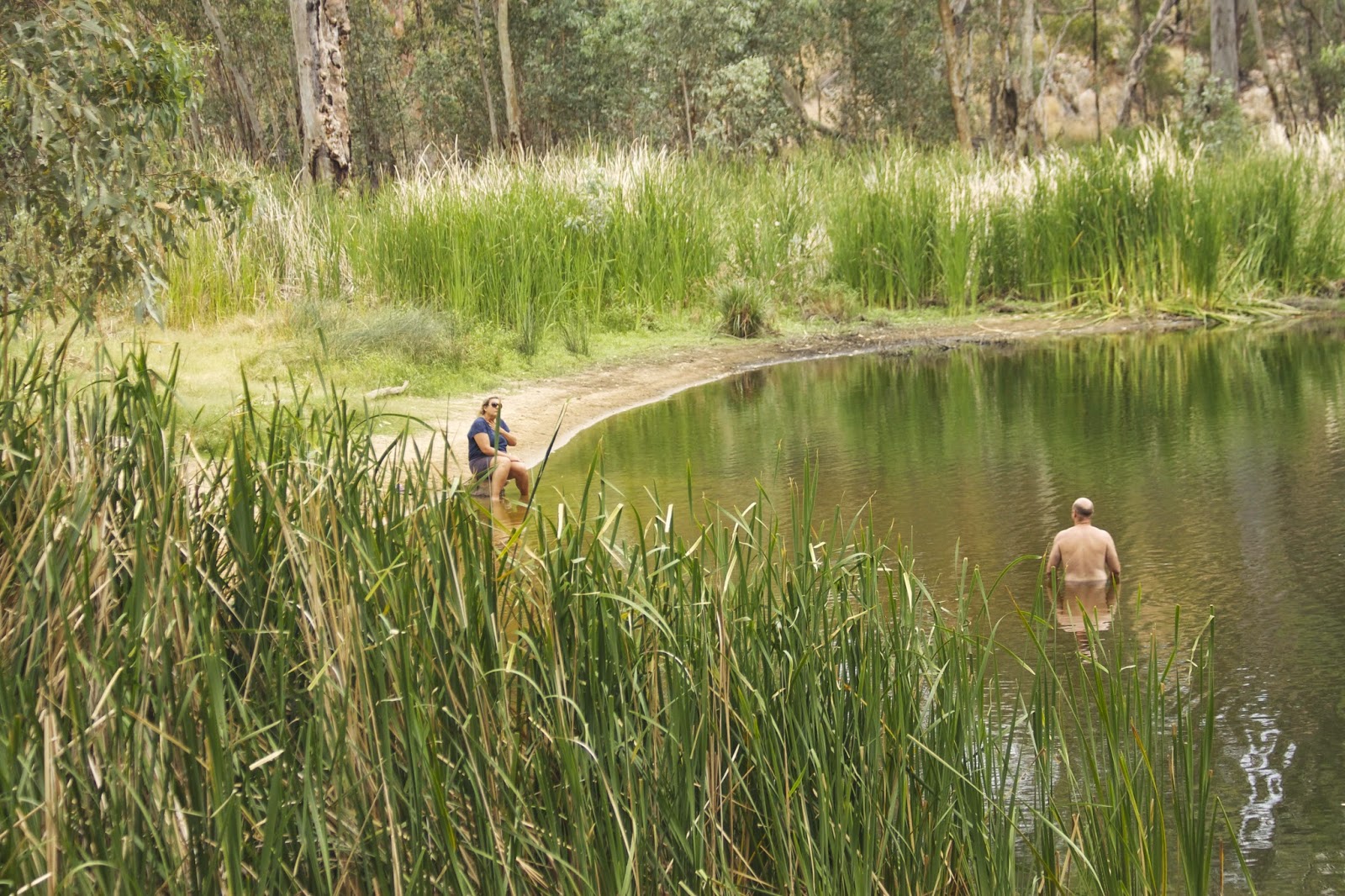 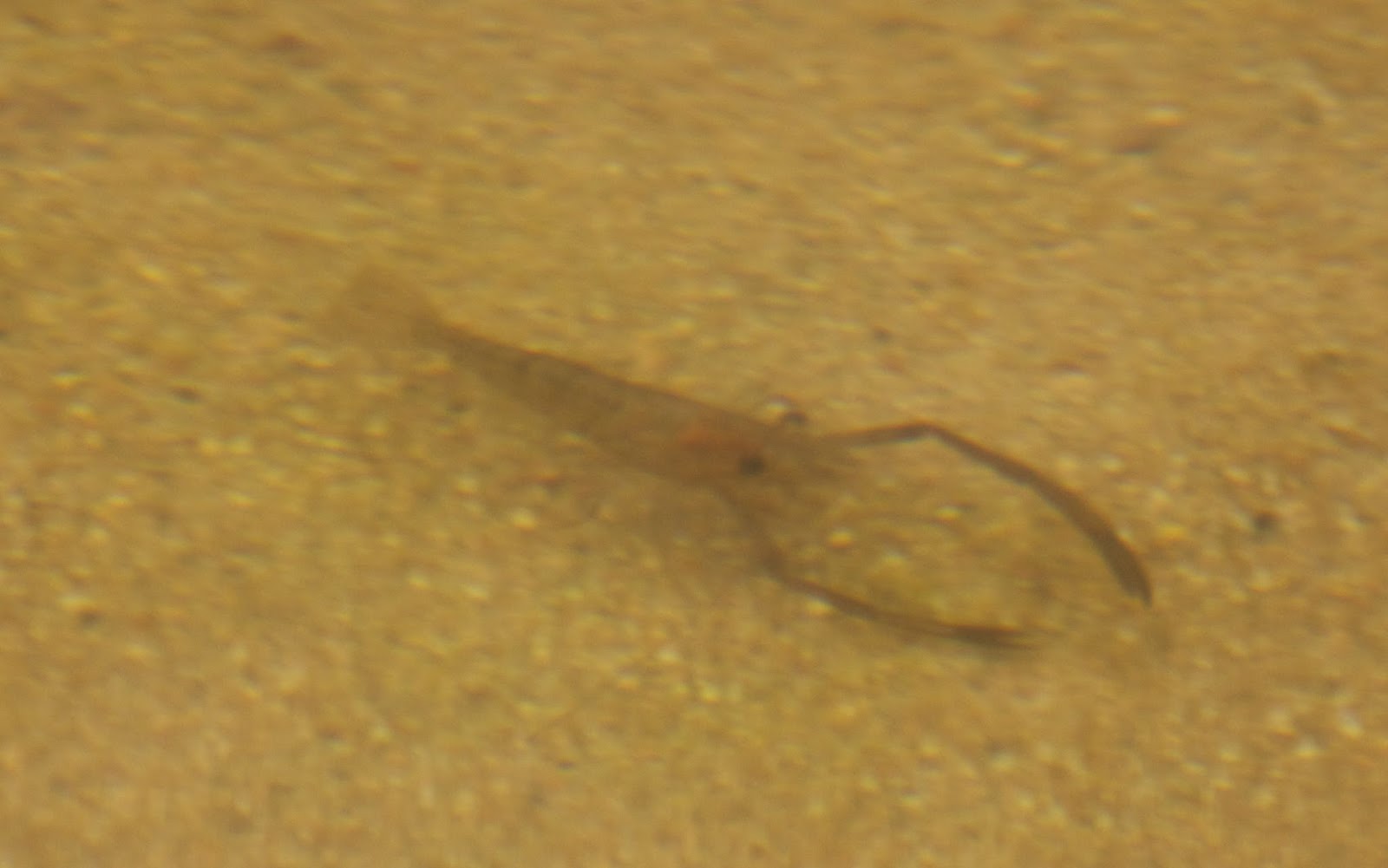 We also visited the ochre beds, these iron hydroxide rich rocks range in colour from deep red to a bright yellow. This a very important aboriginal site, these ochres would have been traded with other tribes for items such as flint or other materials they couldn't find nearby 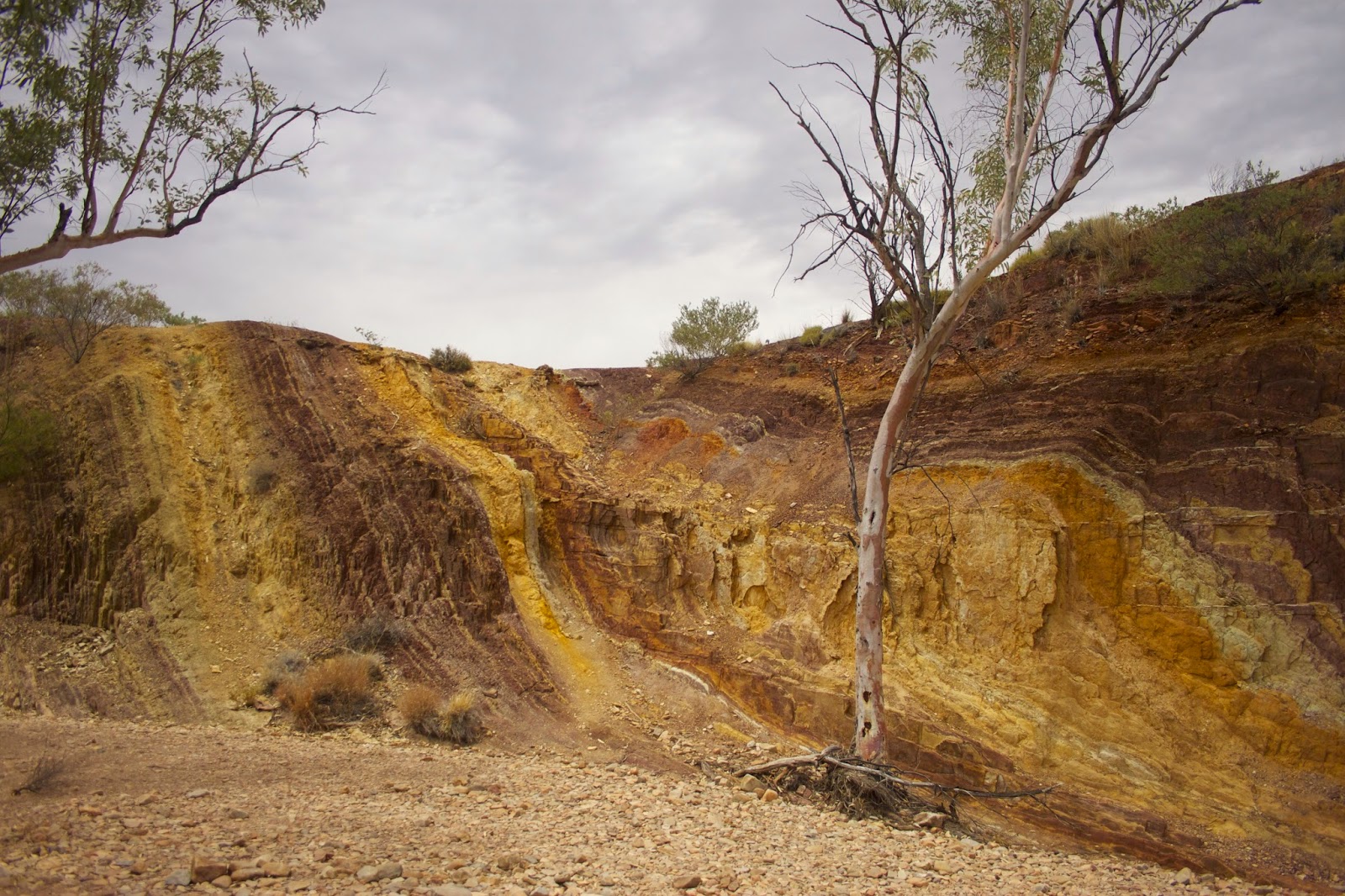 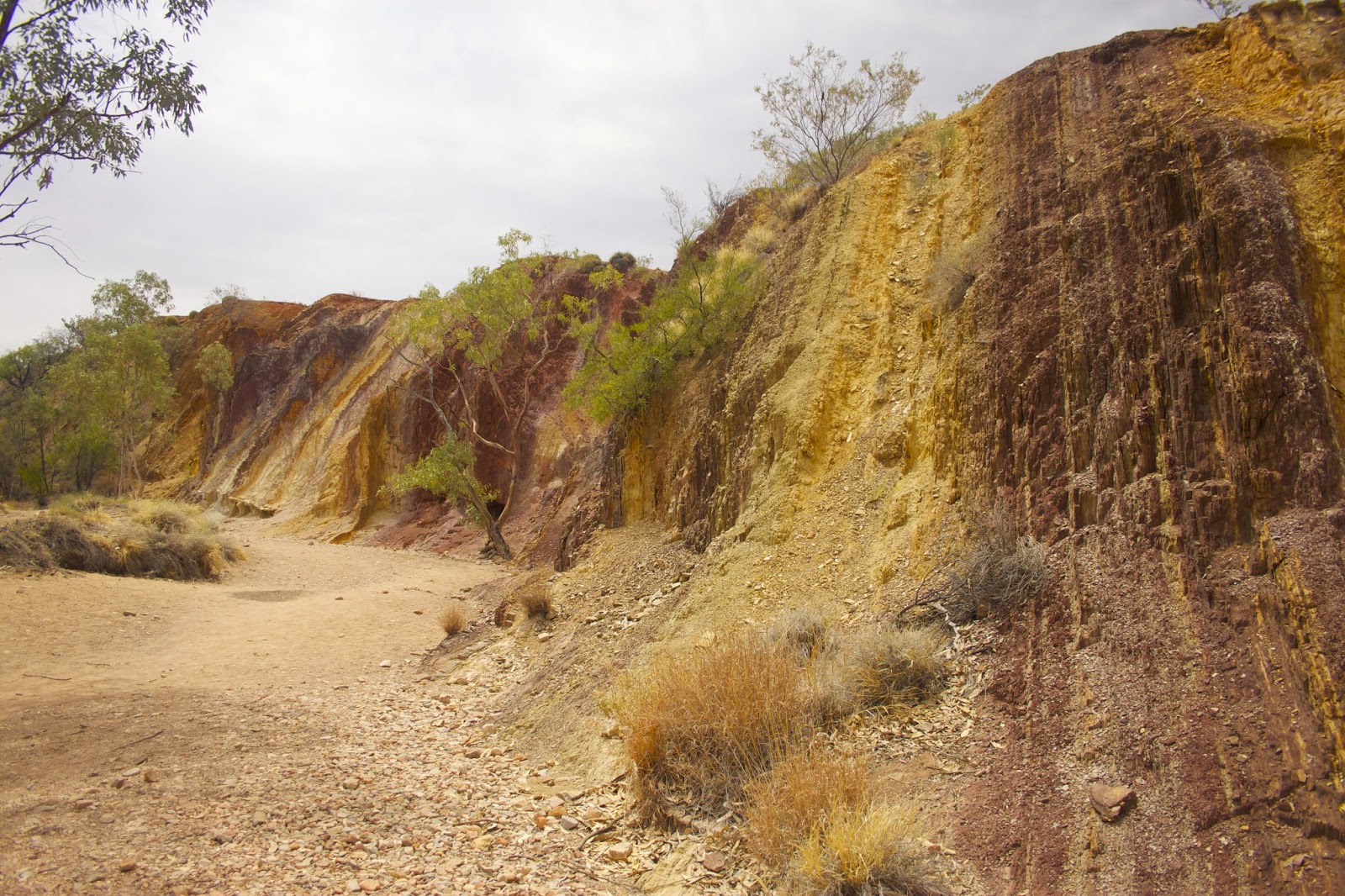 Perentie - a type of monitor lizard 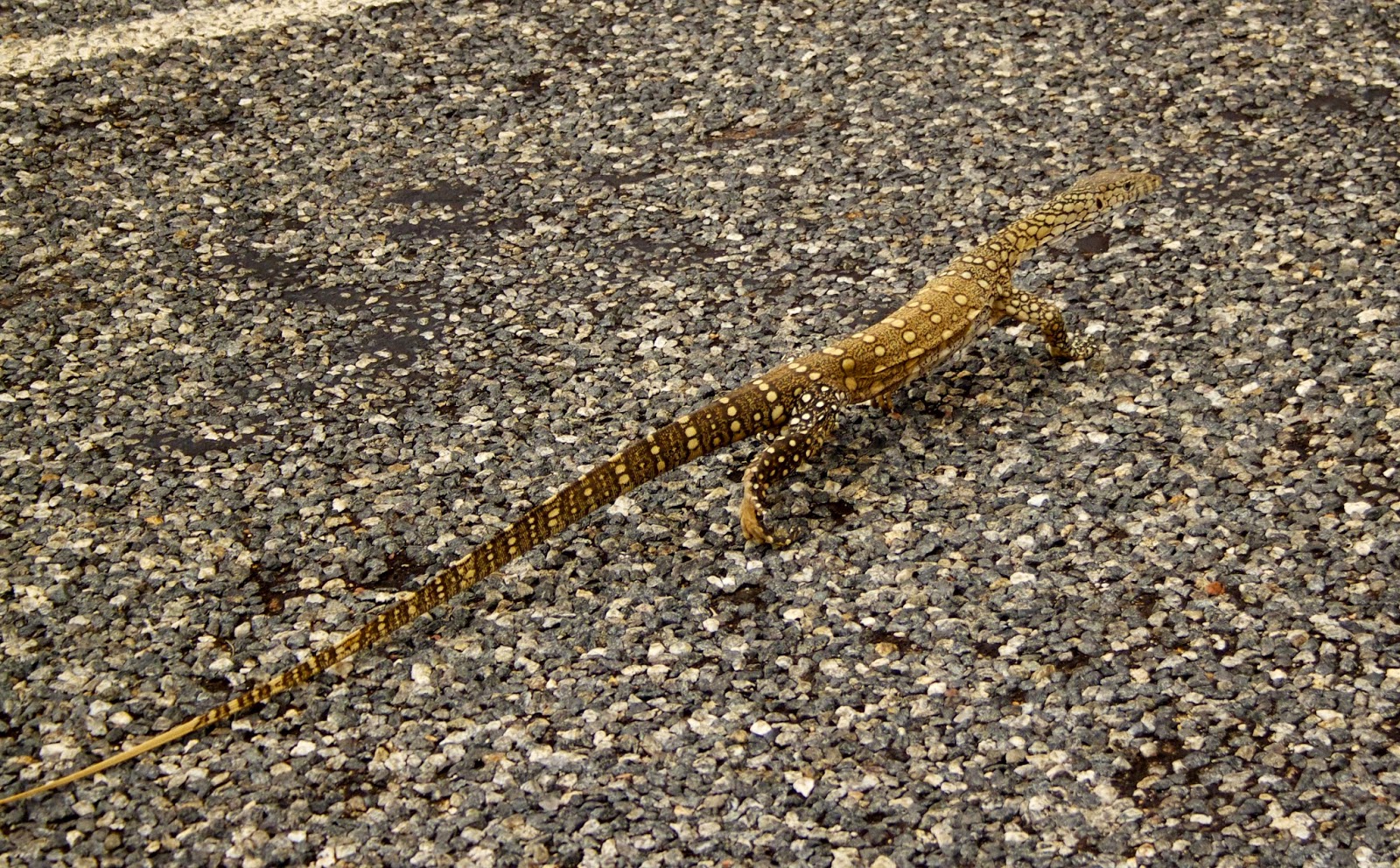 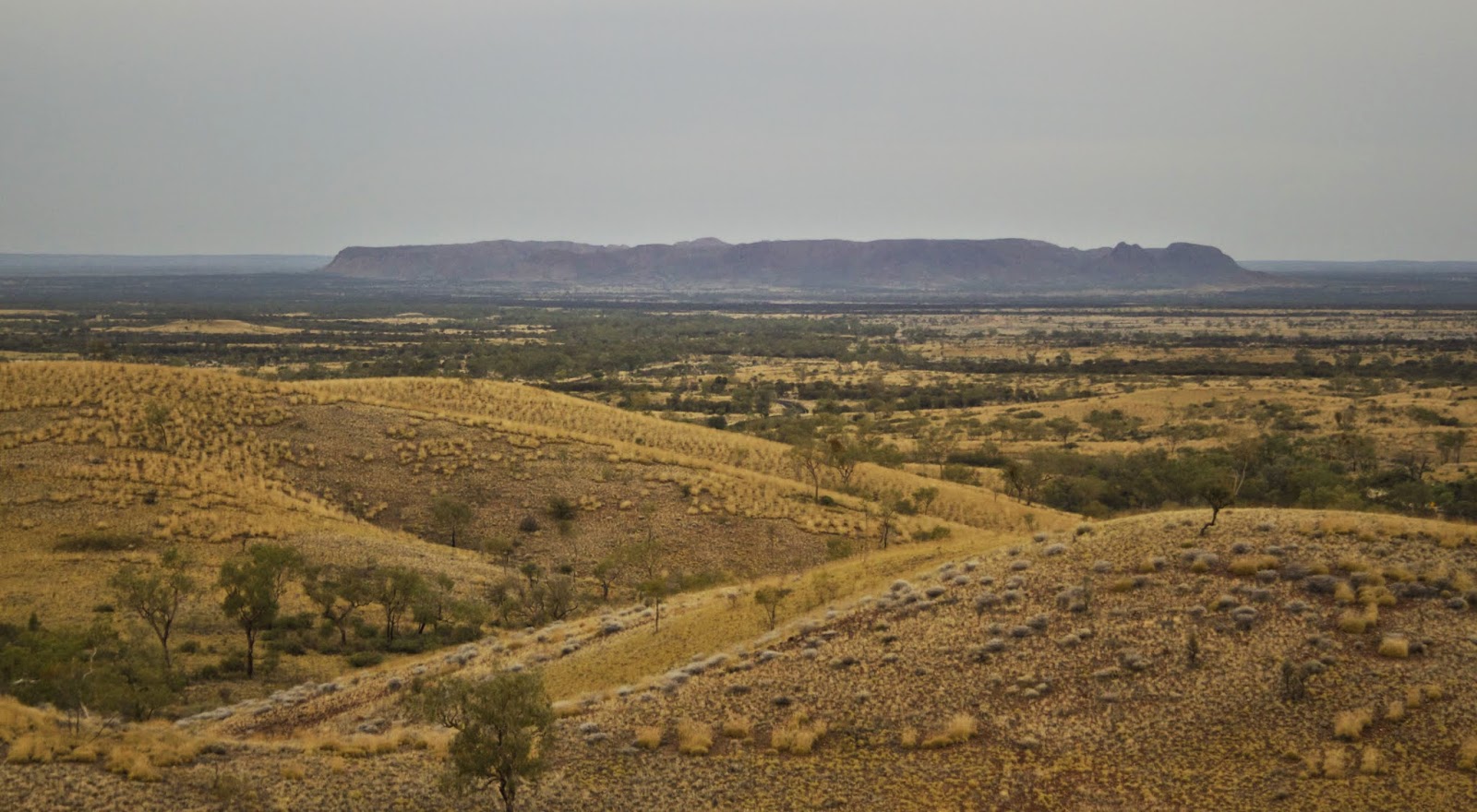 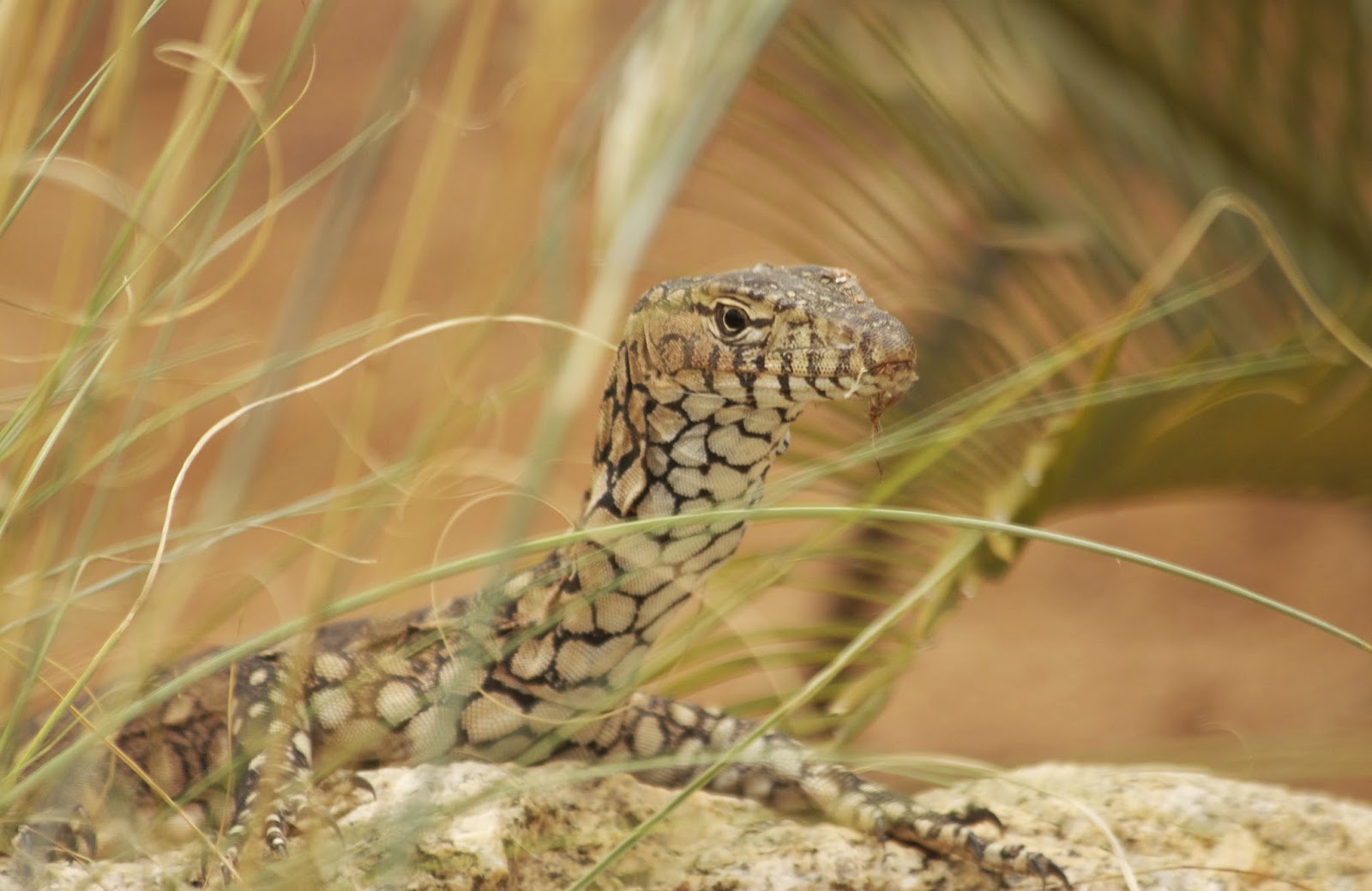 A very obedient Barn Owl performs for us for mouse tails - yum! 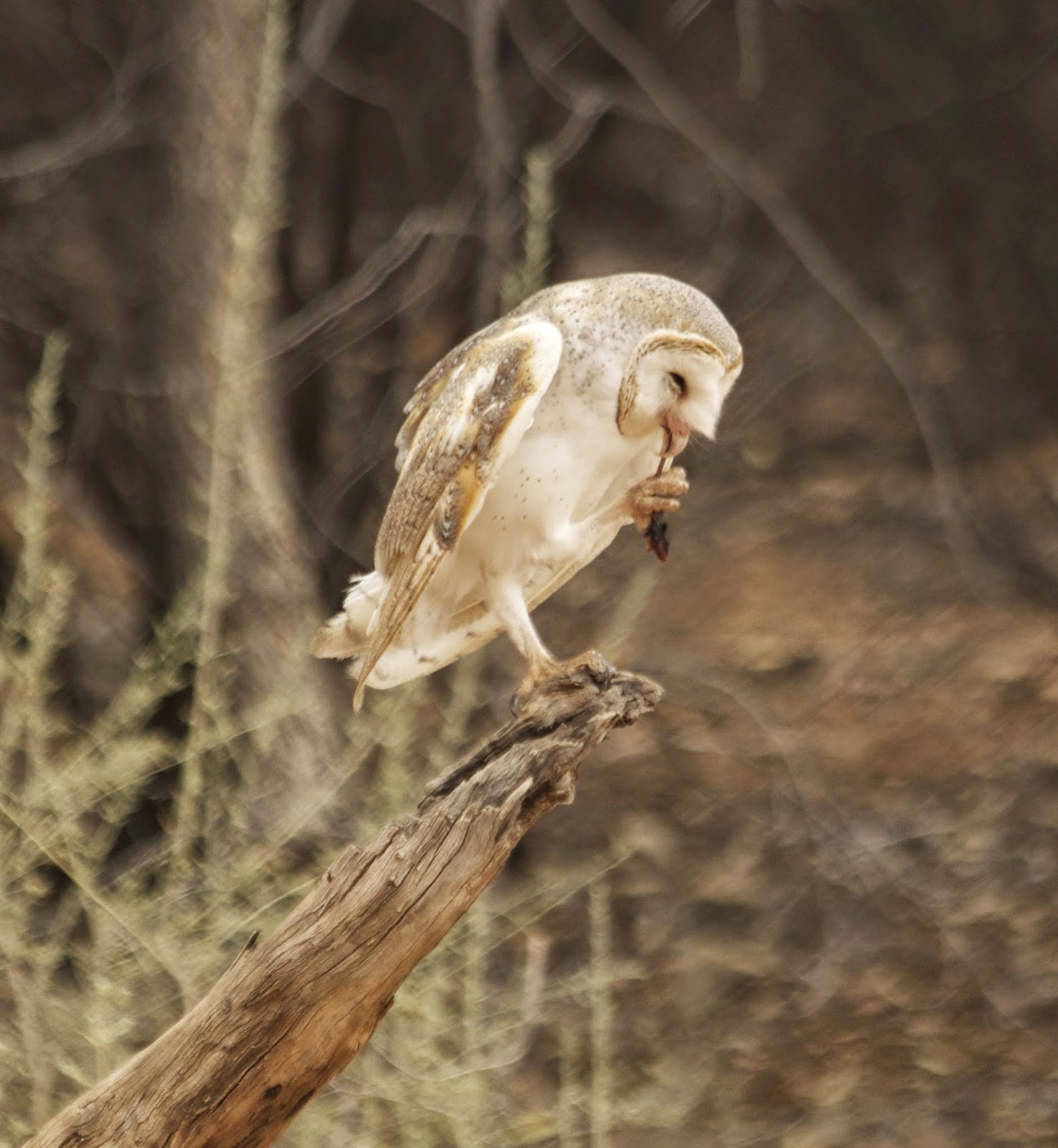 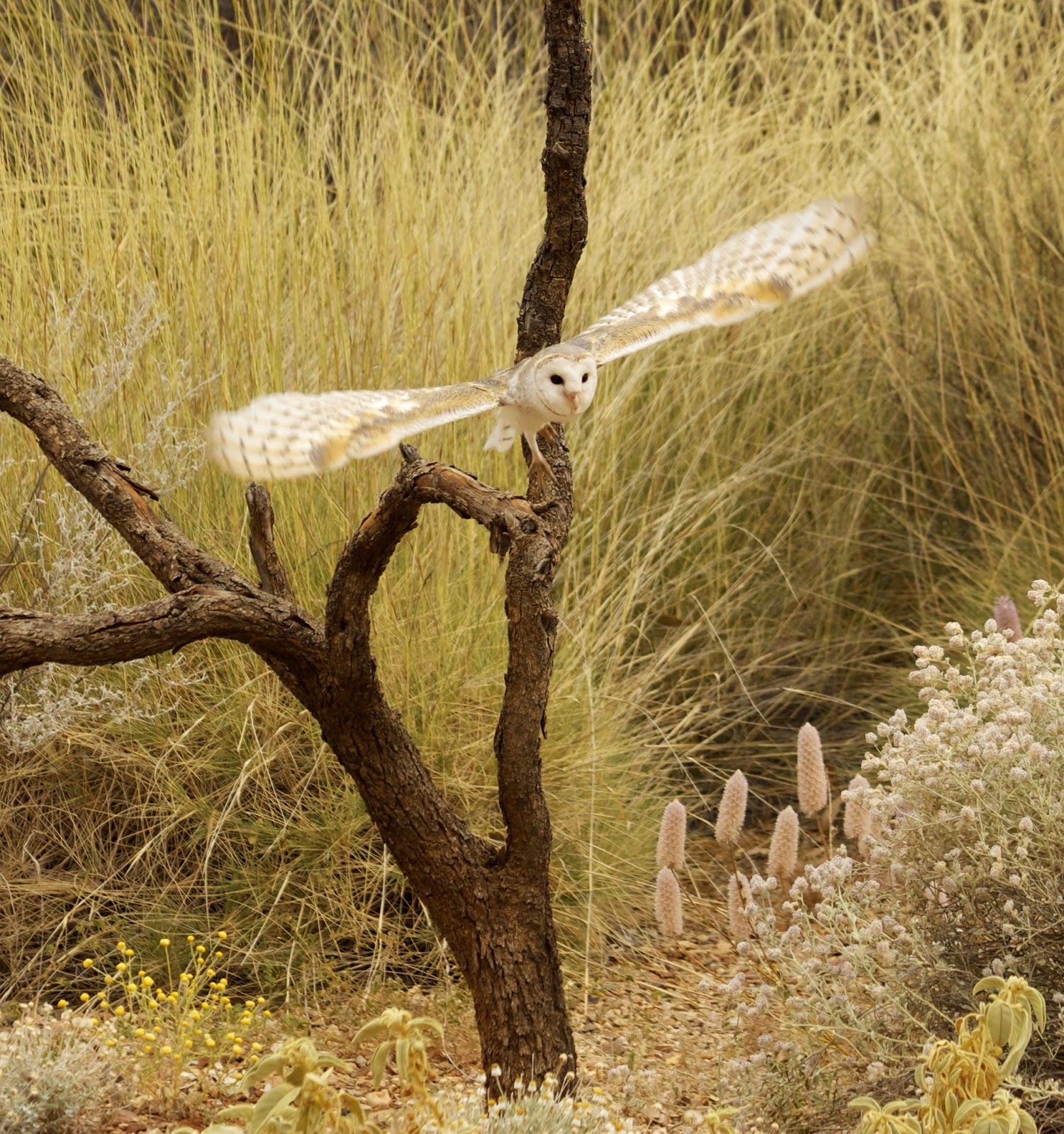 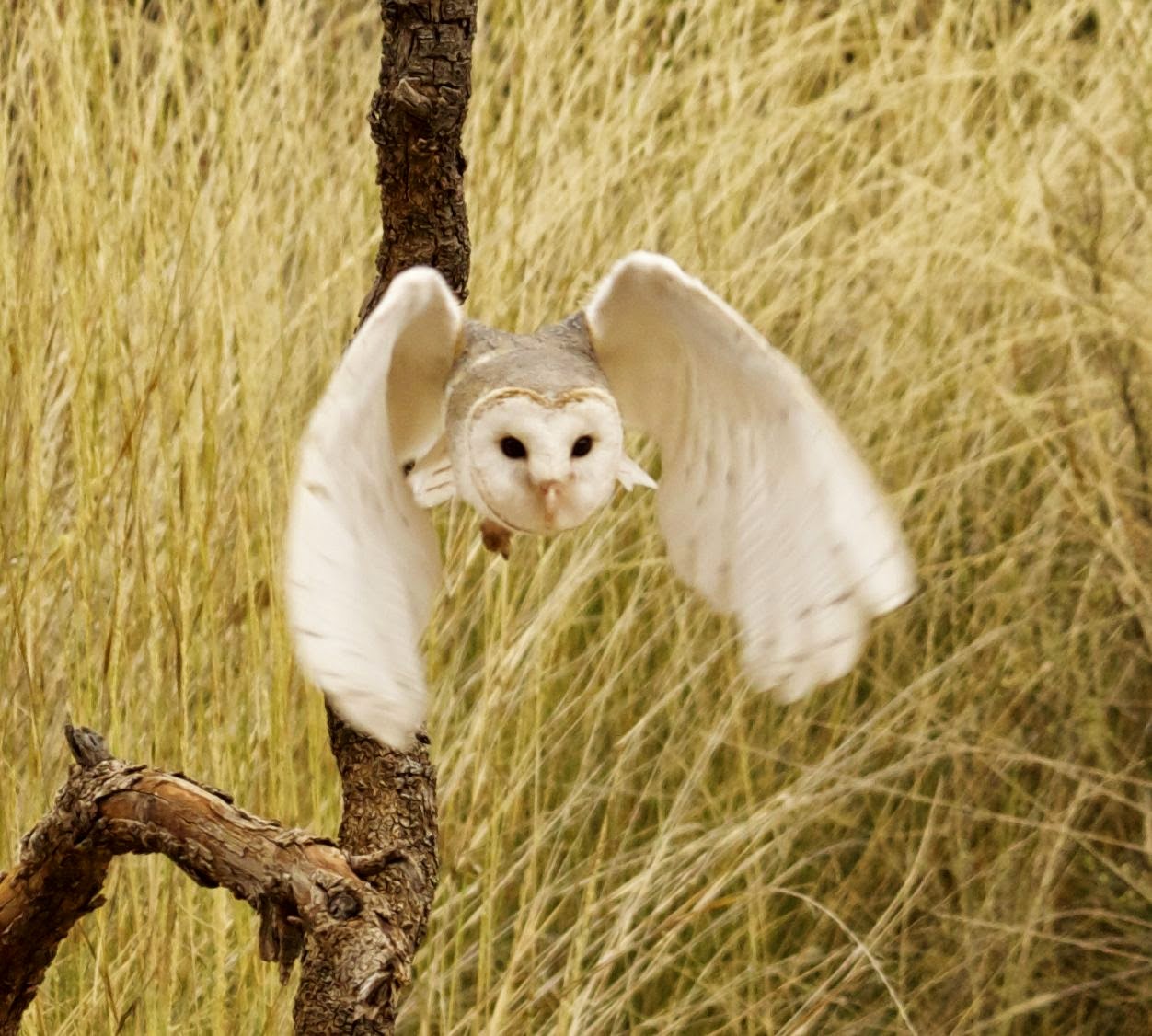 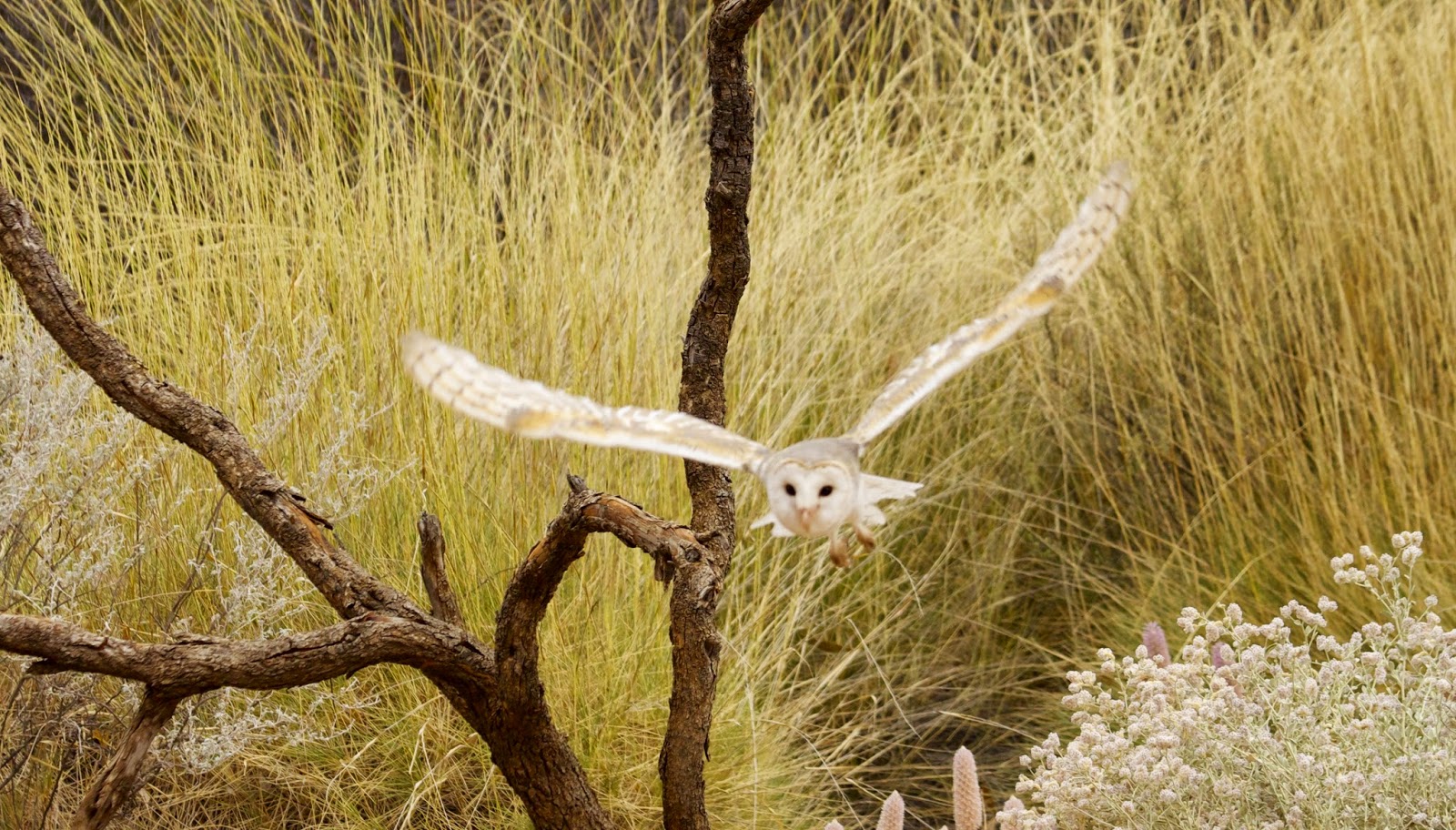 Although he did need a few words of encouragement 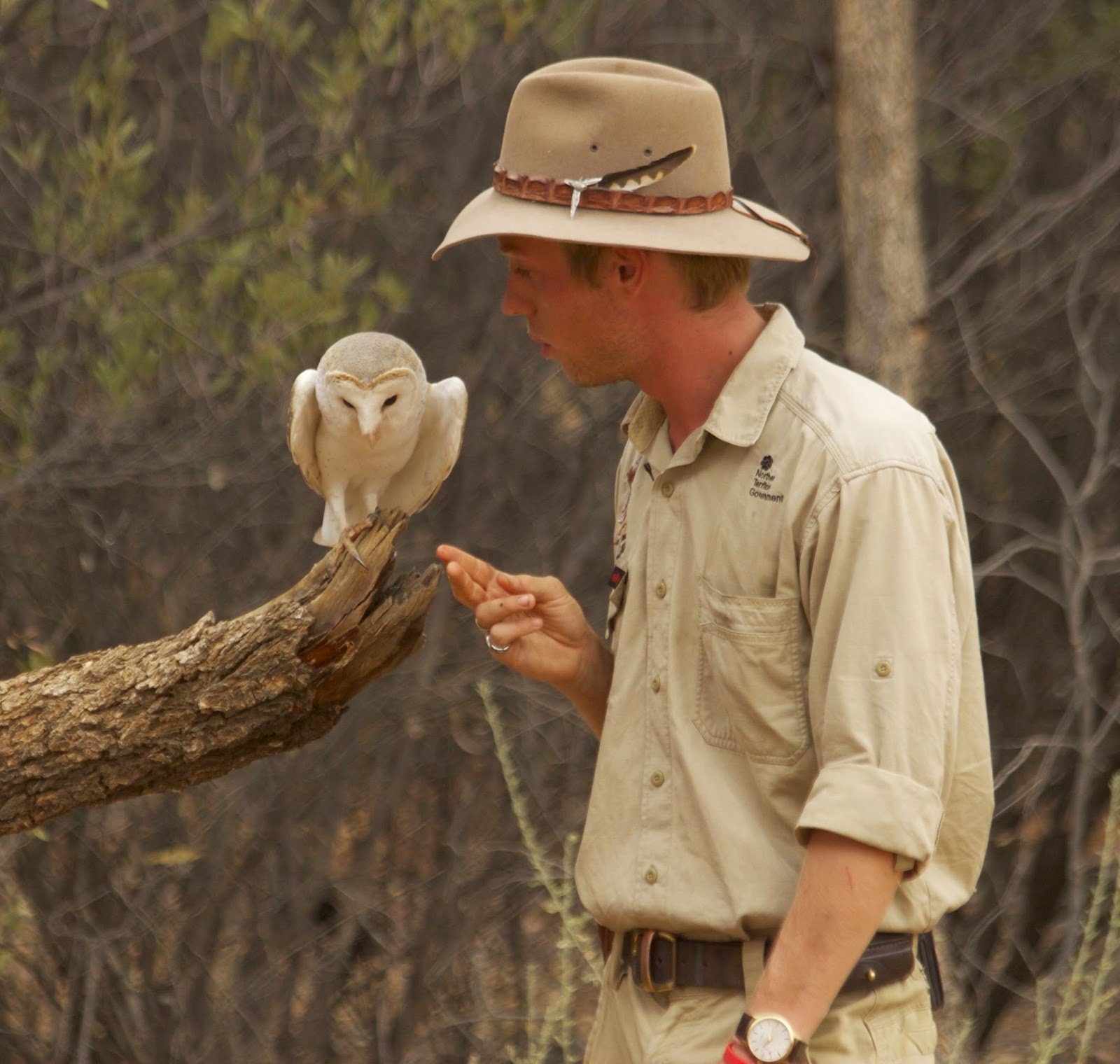 A bush stone curlew - first time we'd seen one in daylight, our camera trap caught a picture of one at Edith Falls at night 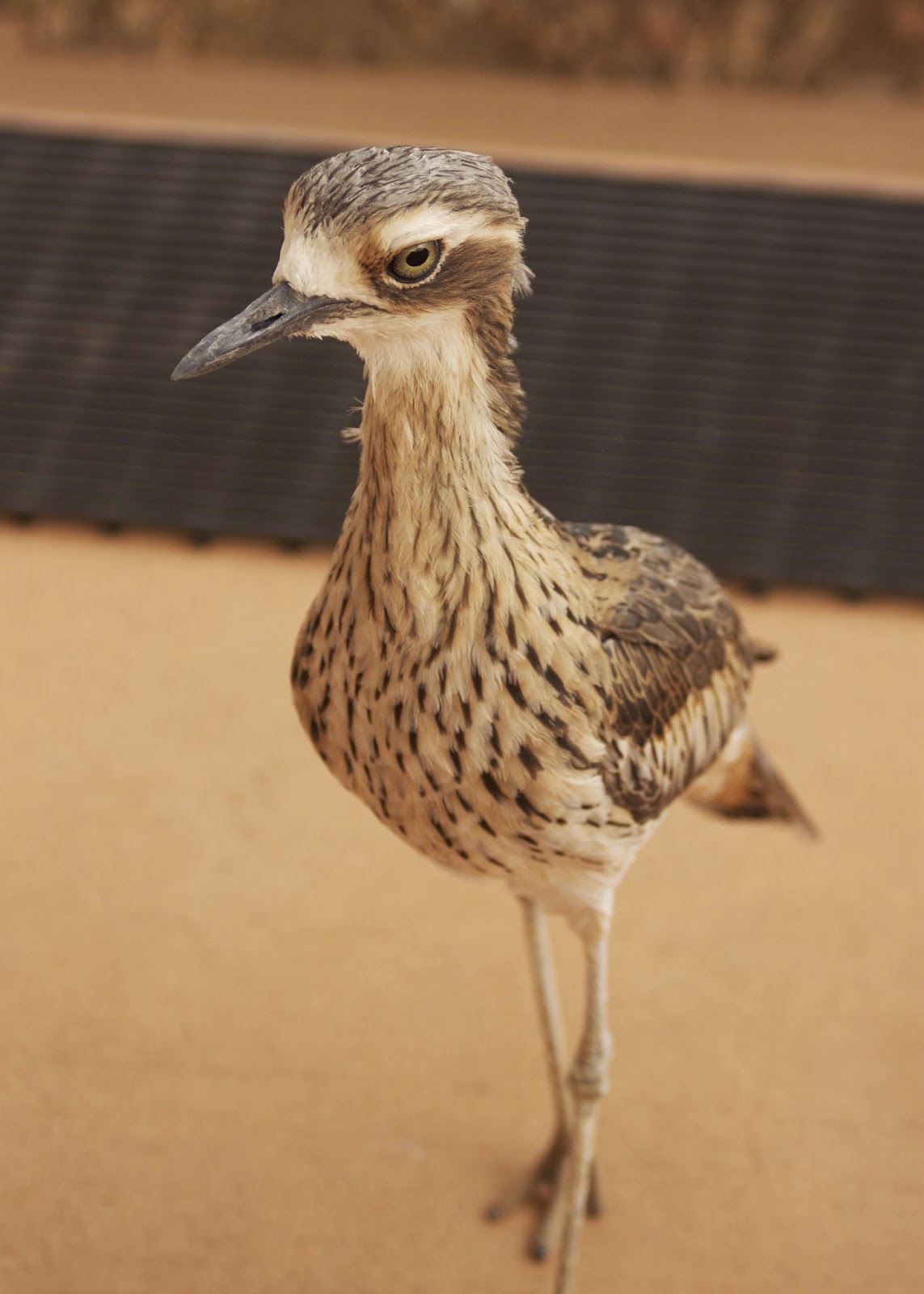 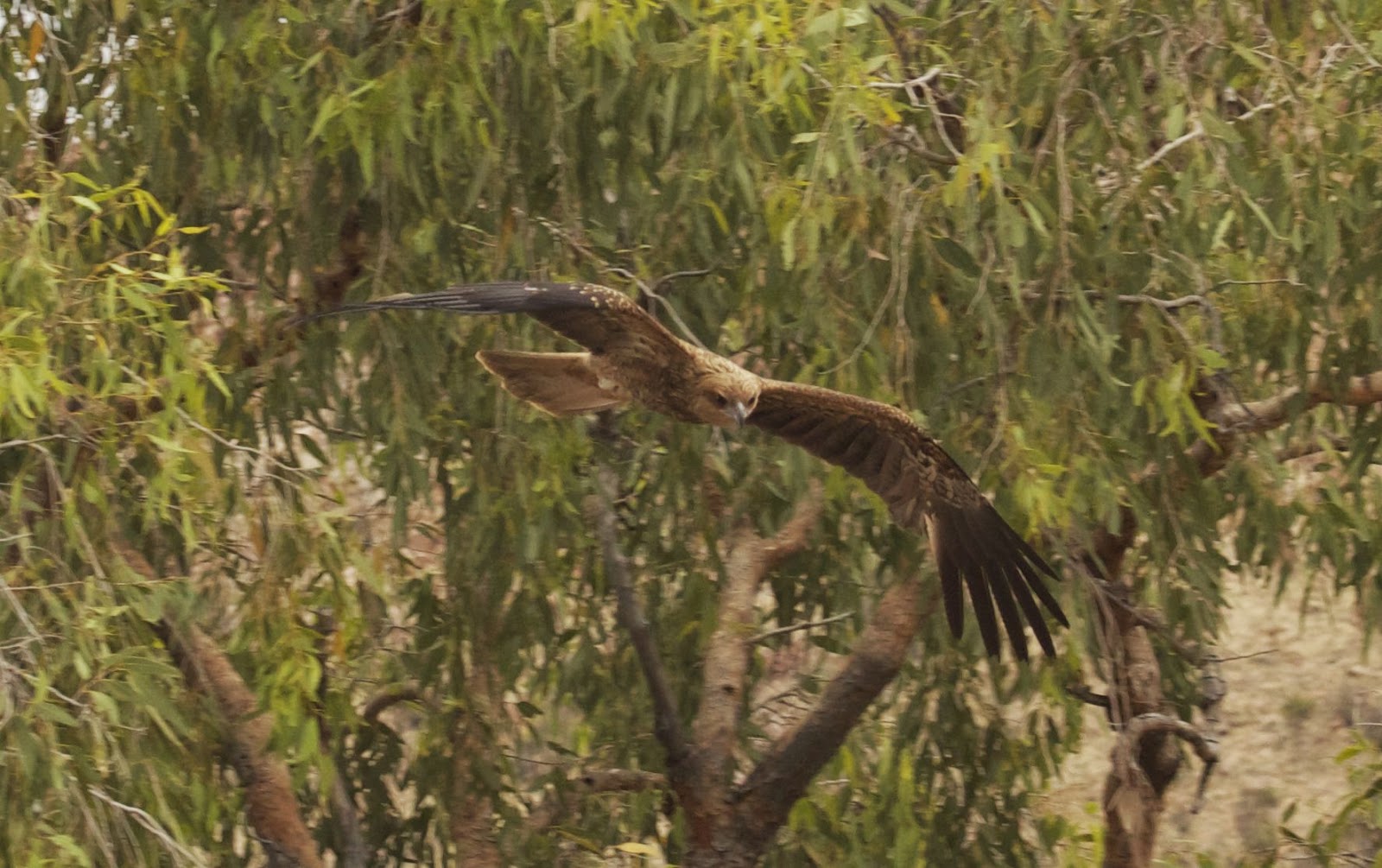 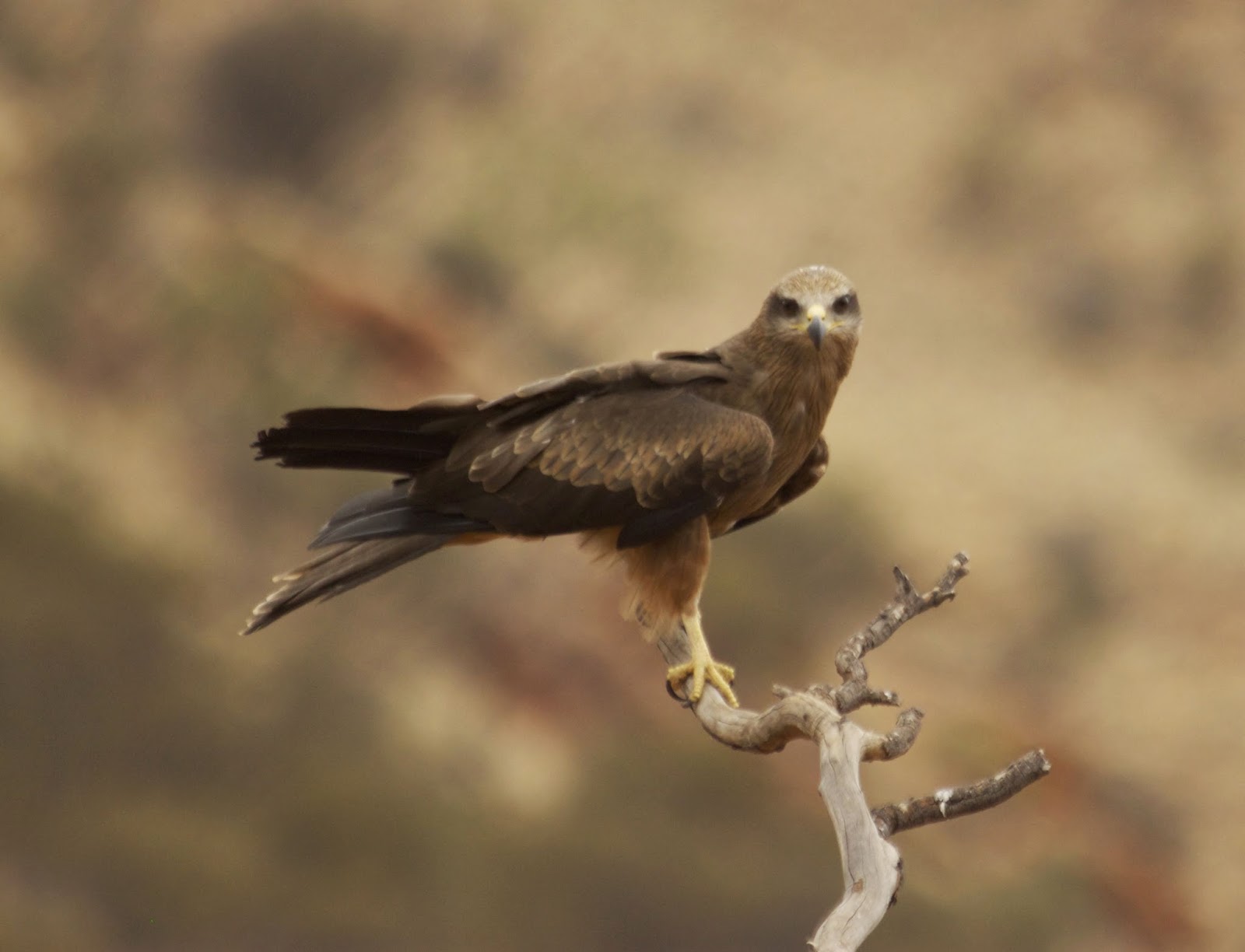 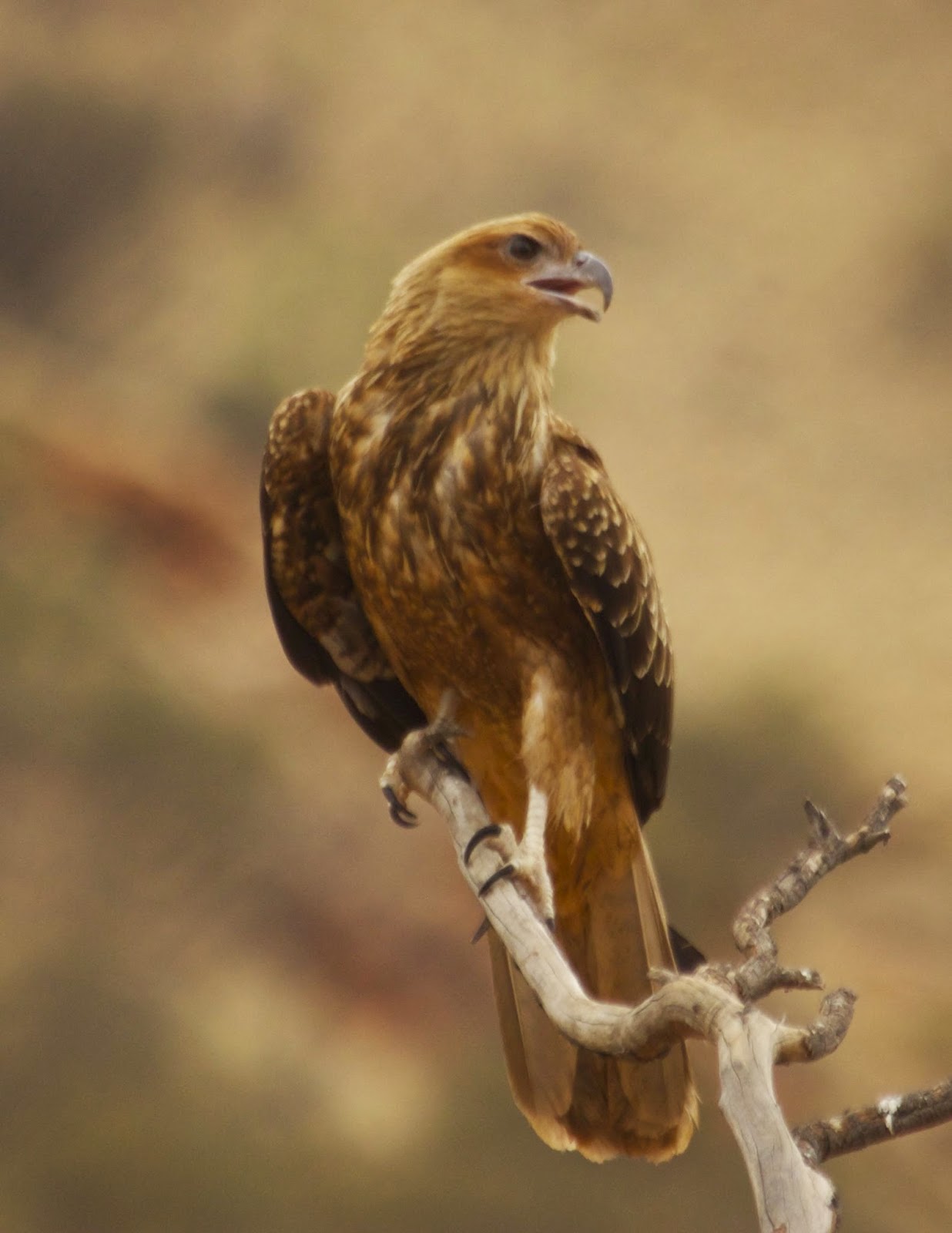 A very chilled out Red Kangaroo 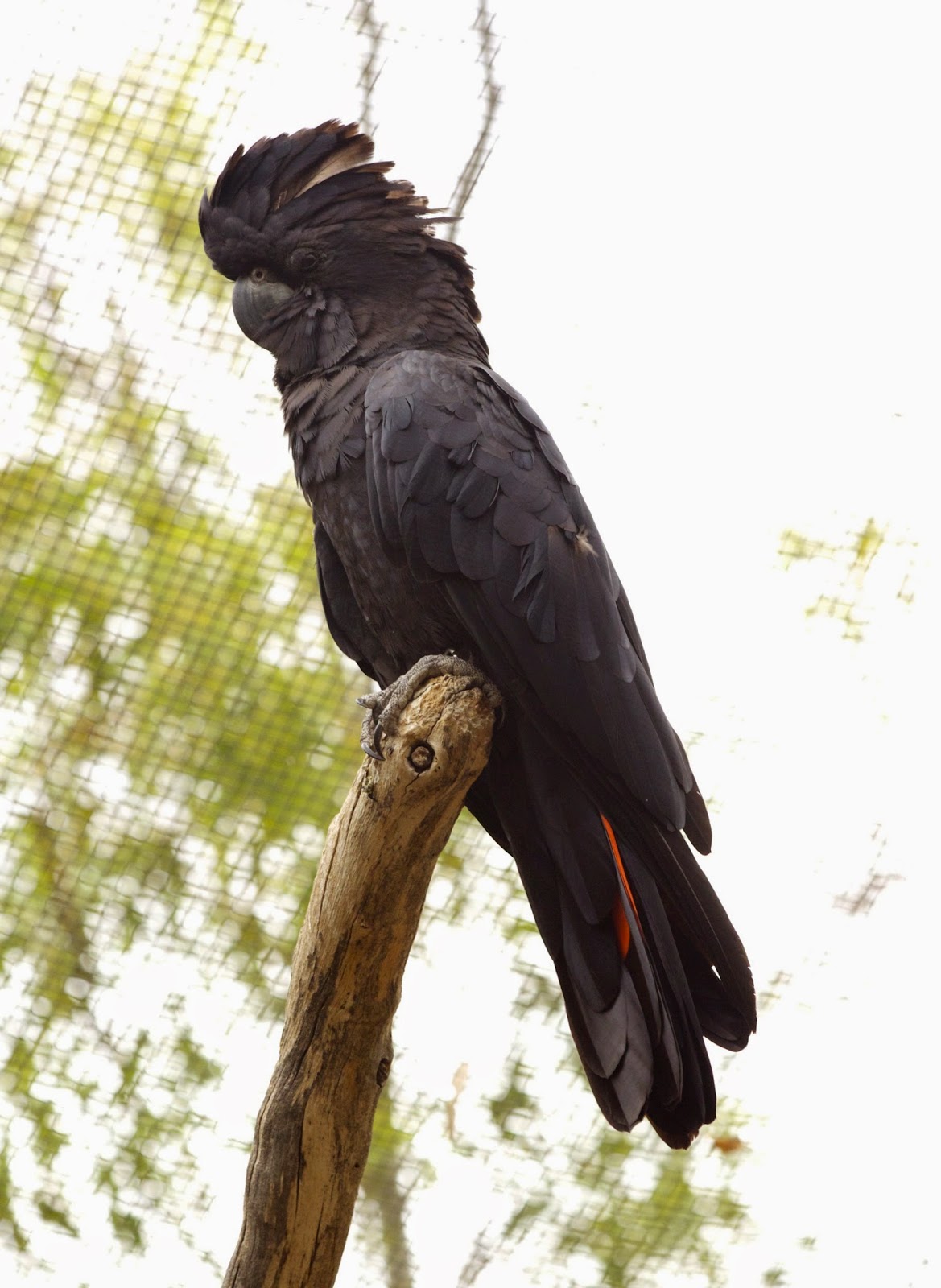