We'd clocked up 5600km on the dial as we entered our third state; Victoria. As we traversed further east soft wood forestry plantations draped the coast road obstructing our view of the sea. The road tarmac had been devoured by pine log lorries and the divots made for a bumpy ride. Added to this were strong swirling cold winds which took us by surprise as the sky was clear bright and blue.

We passed three emus grazing by the side of road. We then stopped on the coast at Portland. This large industrial town seemed like it had seen better days as it took us a while until we eventually found an open cafe. Similar to Victorian estates in the UK, large ornamental cedar trees stood proudly against the wind, probably planted as windbreaks some hundred and fifty years ago.

Leaving Portland on the A1 dual carriageway we spotted an animal bounding across the road. It was pretty large and moved in a sort of slow gallop. I shouted loudly 'koala!'. We found a safe place to pull over and searched for the shy marsupial in the red gum trees lining the road. It was adorable with its relatively big head, black button nose, long haired fluffy ears, and short limbs - it looked like a big cuddly teddy bear. It's thick body fur was medium in length and the grey colour matched perfectly into the rough branch of gum tree.

Following this excitement we continued our battled onwards against the winds. We were still recognising the fallen walls of delict farmstead properties. These became less common as the development and facilities increased the further east towards Melborne we travelled. Many houses with admirable rural and sea views were for sale. We speculated that these most of these might be second homes or holiday lets.

We bridged the Rivers Glenelg, Fitztroy, Eumeralle and Moyne. All were swollen. The grassland is green in Victoria and there's good grazing for dairy cattle and horses. Continuing our journey steadily onwards we noticed road signs for Dartmoor, Sandford and Orford - no doubt named by homesick early pastoral settlers. Lush fields were separated by long regimental lines of conifers braced against the onshore wind. On the recently harvested fields enormous sausages of silage lay, like the exposed worm from the Tremor film laying dormant.

Shaded avenues greeted us in the tweed historic seaside wharf town of Port Fairy. Stone buildings dating from 1852 line the wharf, although the standard construction for the area of tinned walled and roofed was still most common. In this popular location art galleries appeared and we passed on a tempting 'high tea by the high sea'.

The route only gave us fleeting glimpses of the sea. Sheltered from the sea by old dunes Chris pointed out a pair of black swans gliding on a lagoon. Tall grasses filled the lagoons banks.

Reaching Warnambool we found a coastal viewpoint to park for the night. Unfortunately it was the wrong time of year to see female Southern Right whales return to the waters of Warrnambool’s Logans Beach to calve. The view was beautiful. We experienced the biting winds straight from the Antarctica. The coastline here is known for being quite treacherous as prevailing winds from south west push vessels northward towards land. The stars were shining brilliantly that evening, but we ate our banquet of spaghetti and tinned peas inside the van, as it was too cold to dine beneath them. 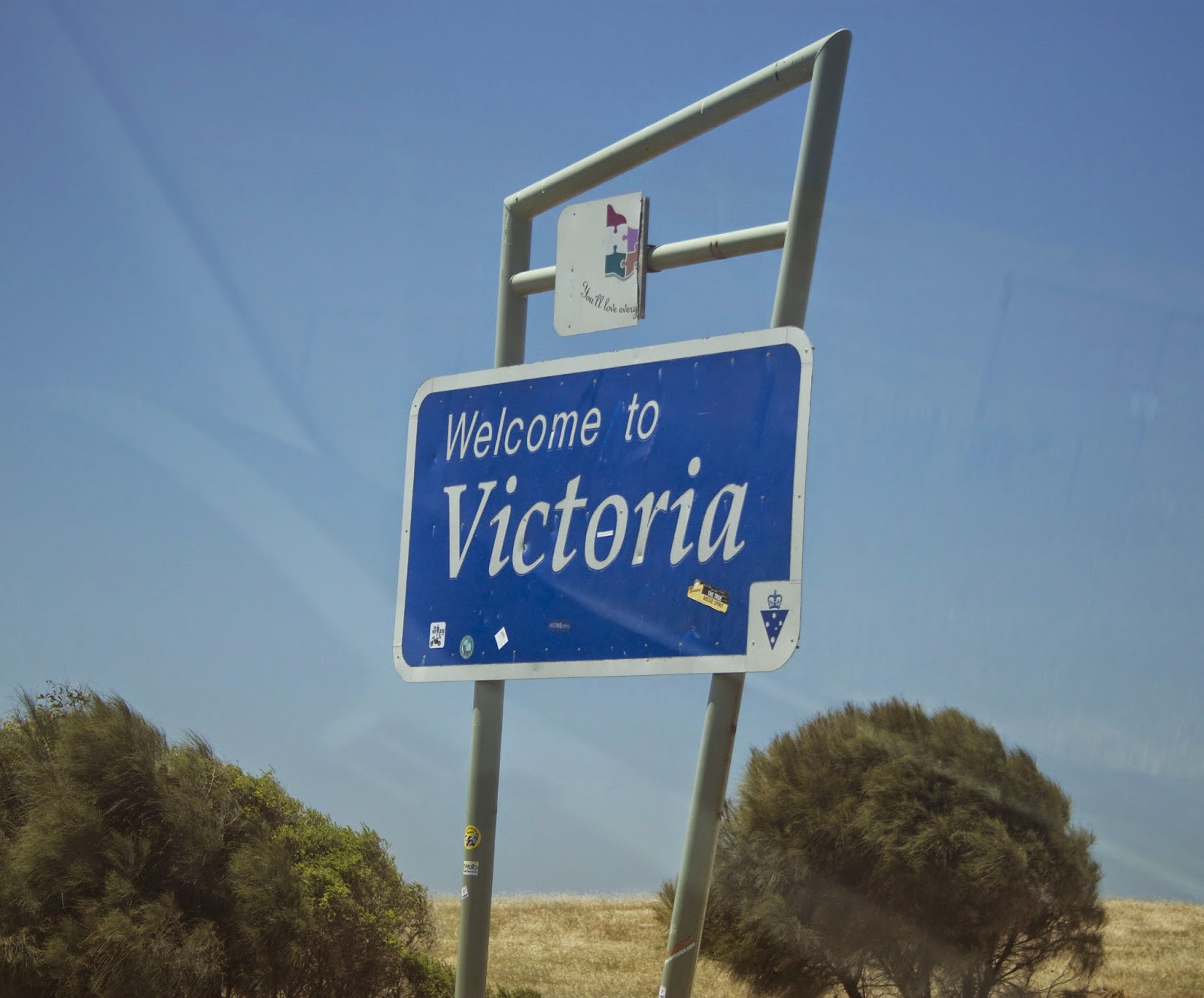 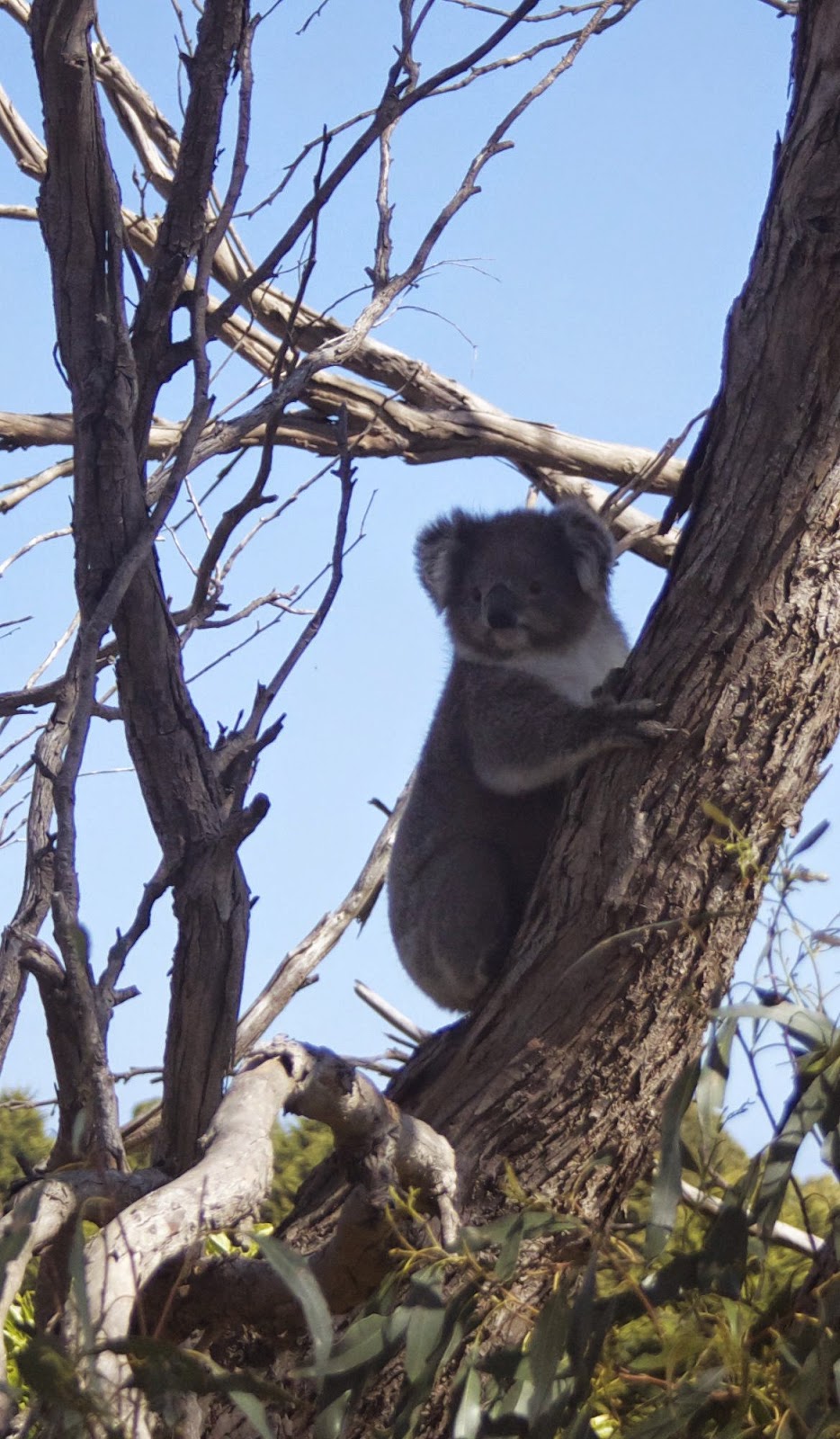 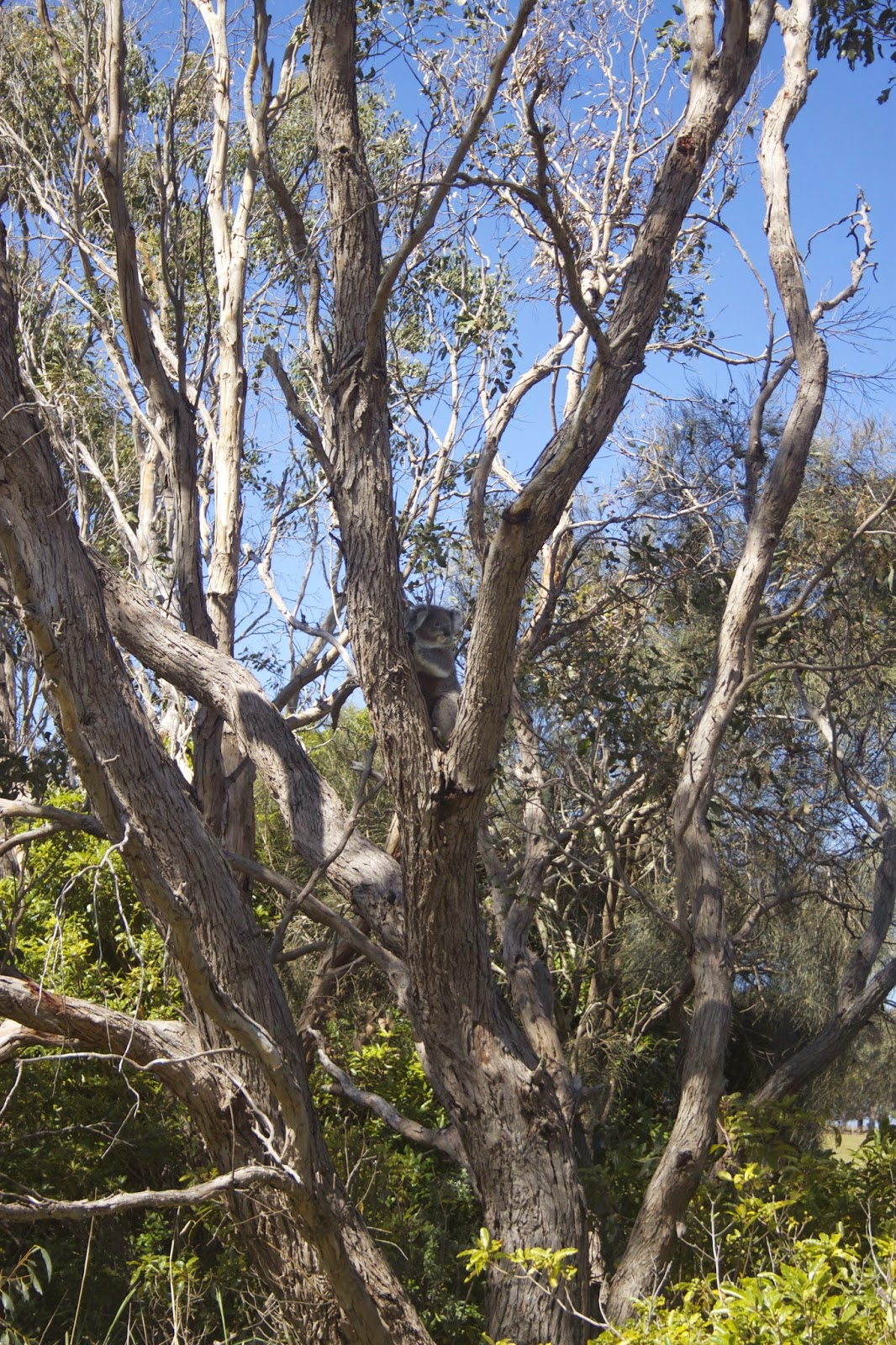 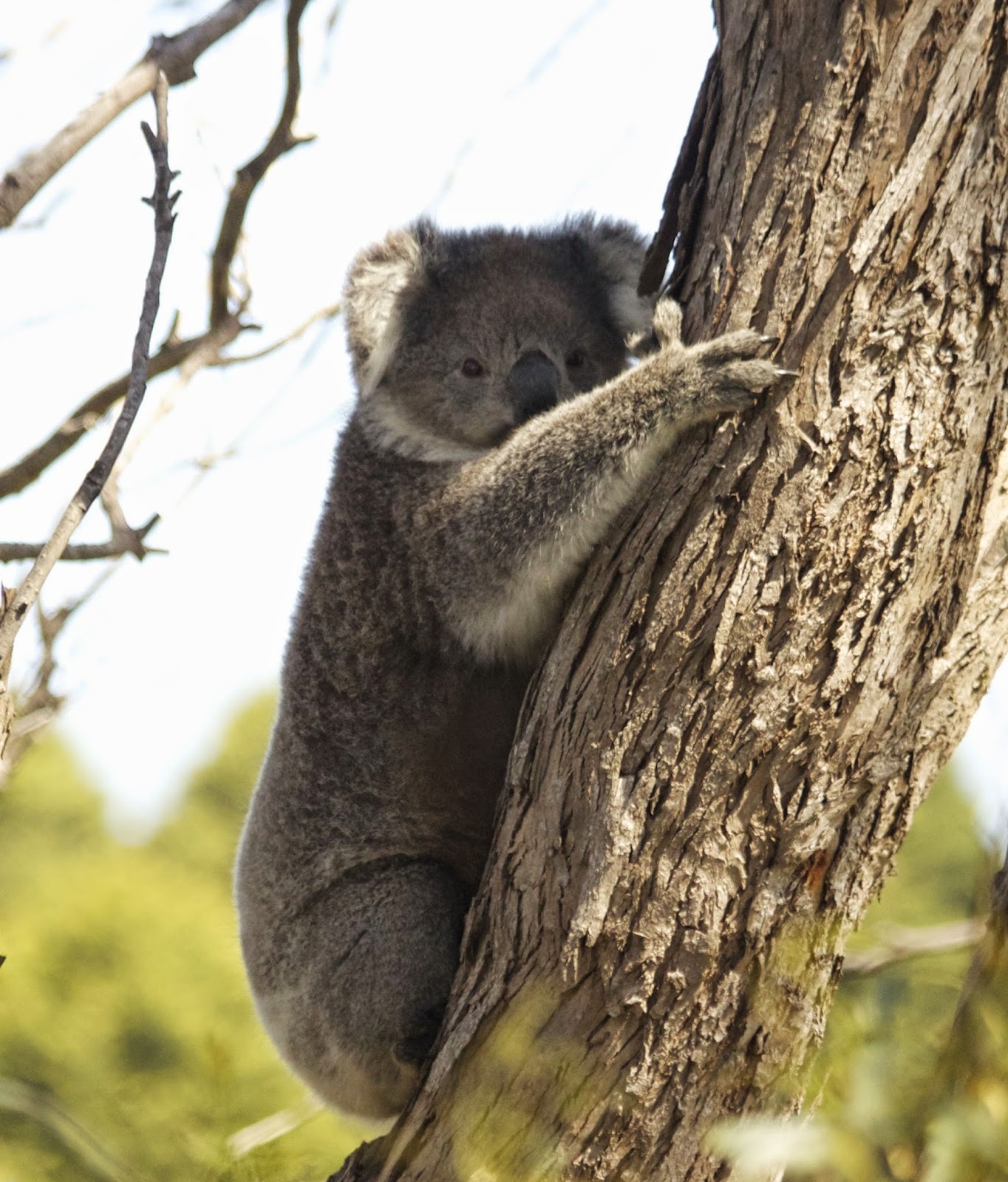 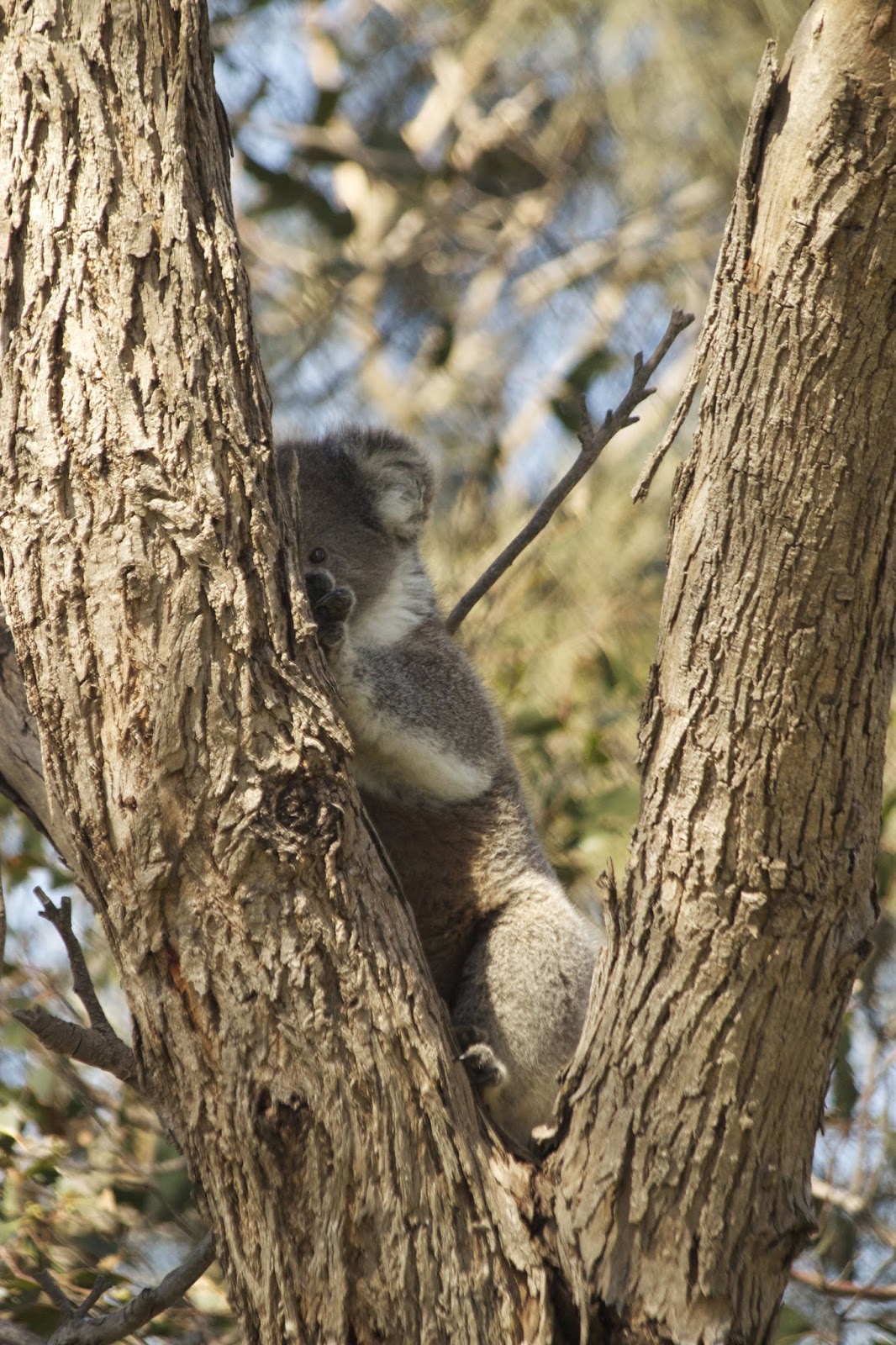 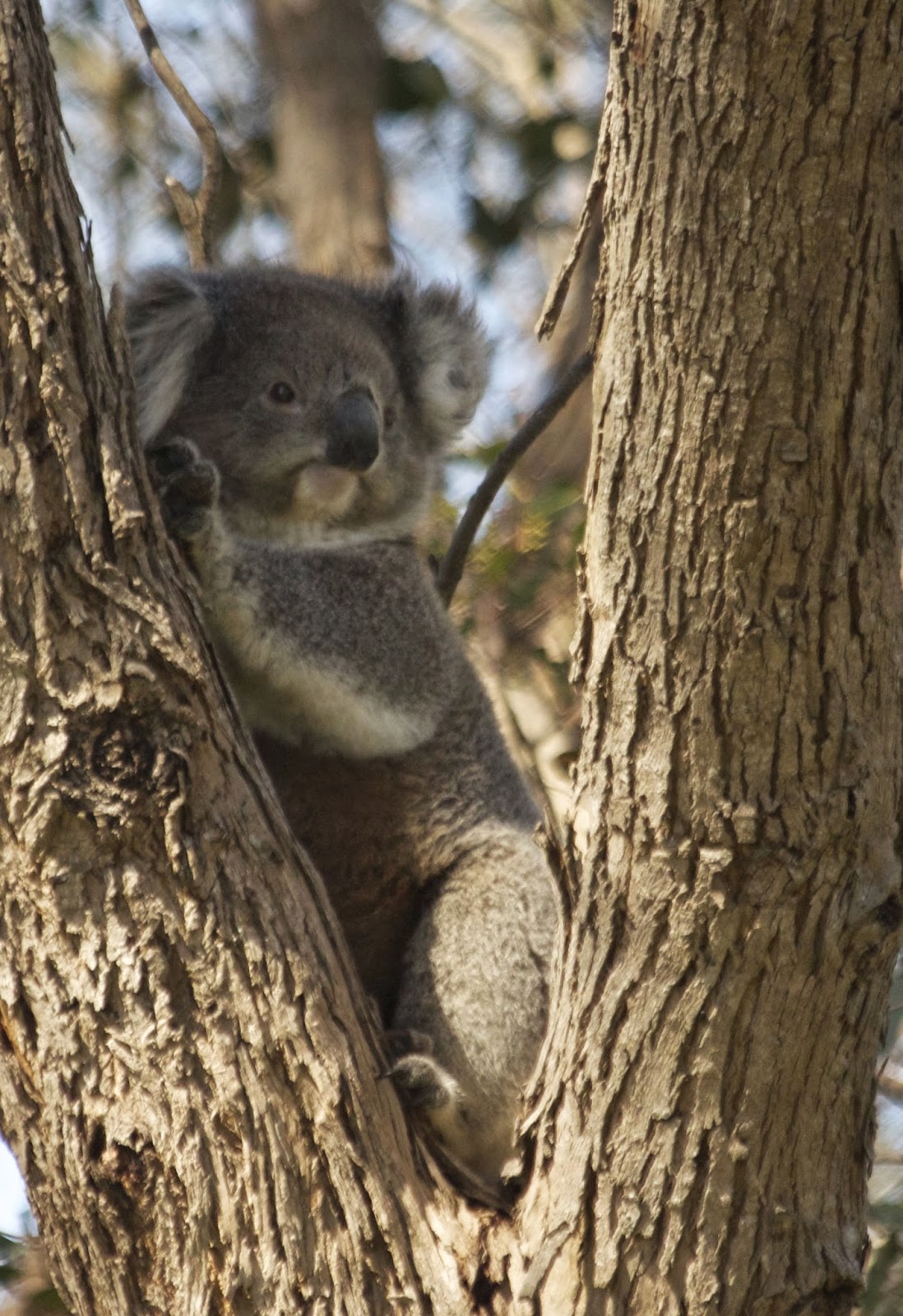 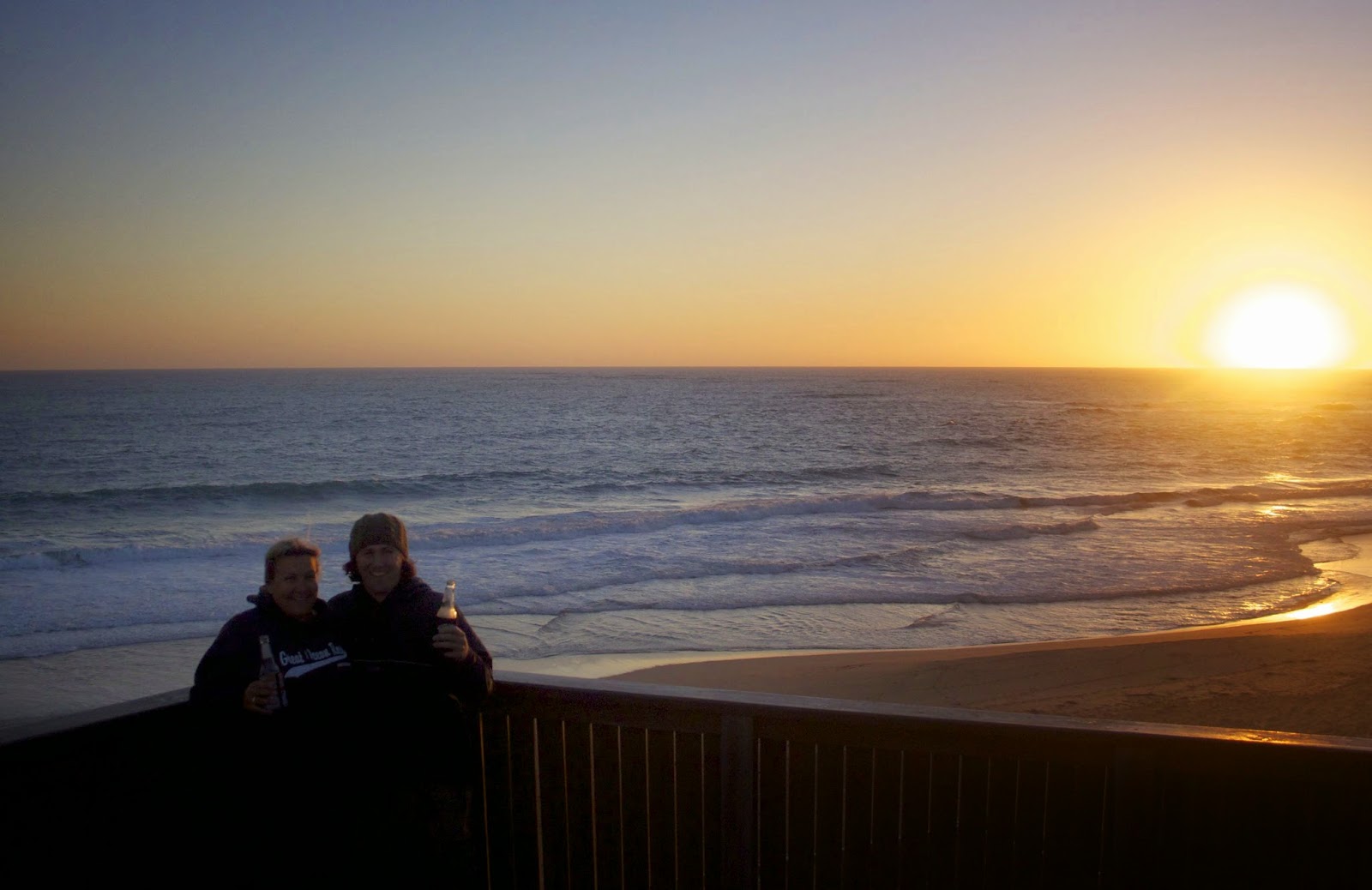 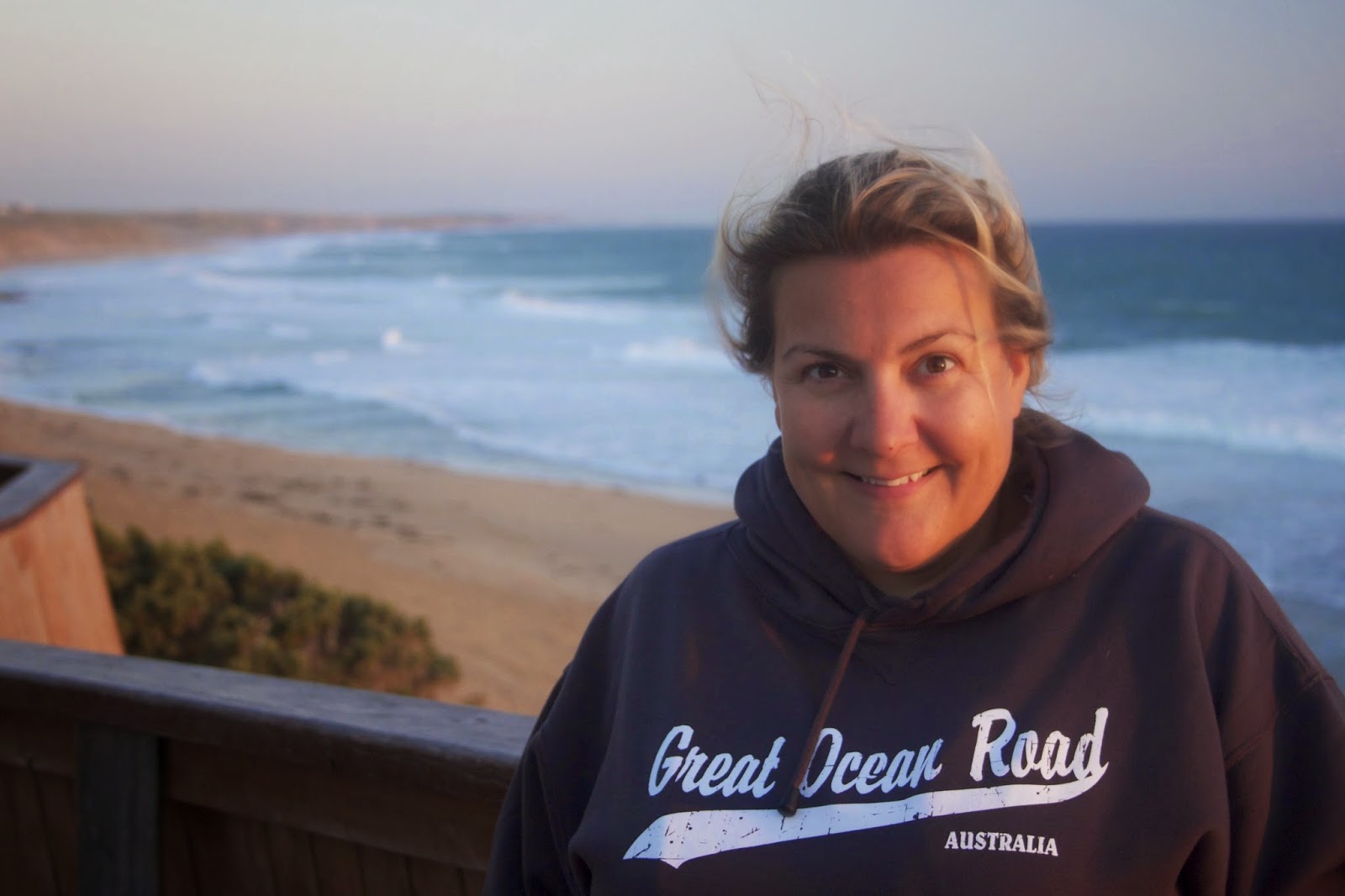 Sunset over the limestone coast 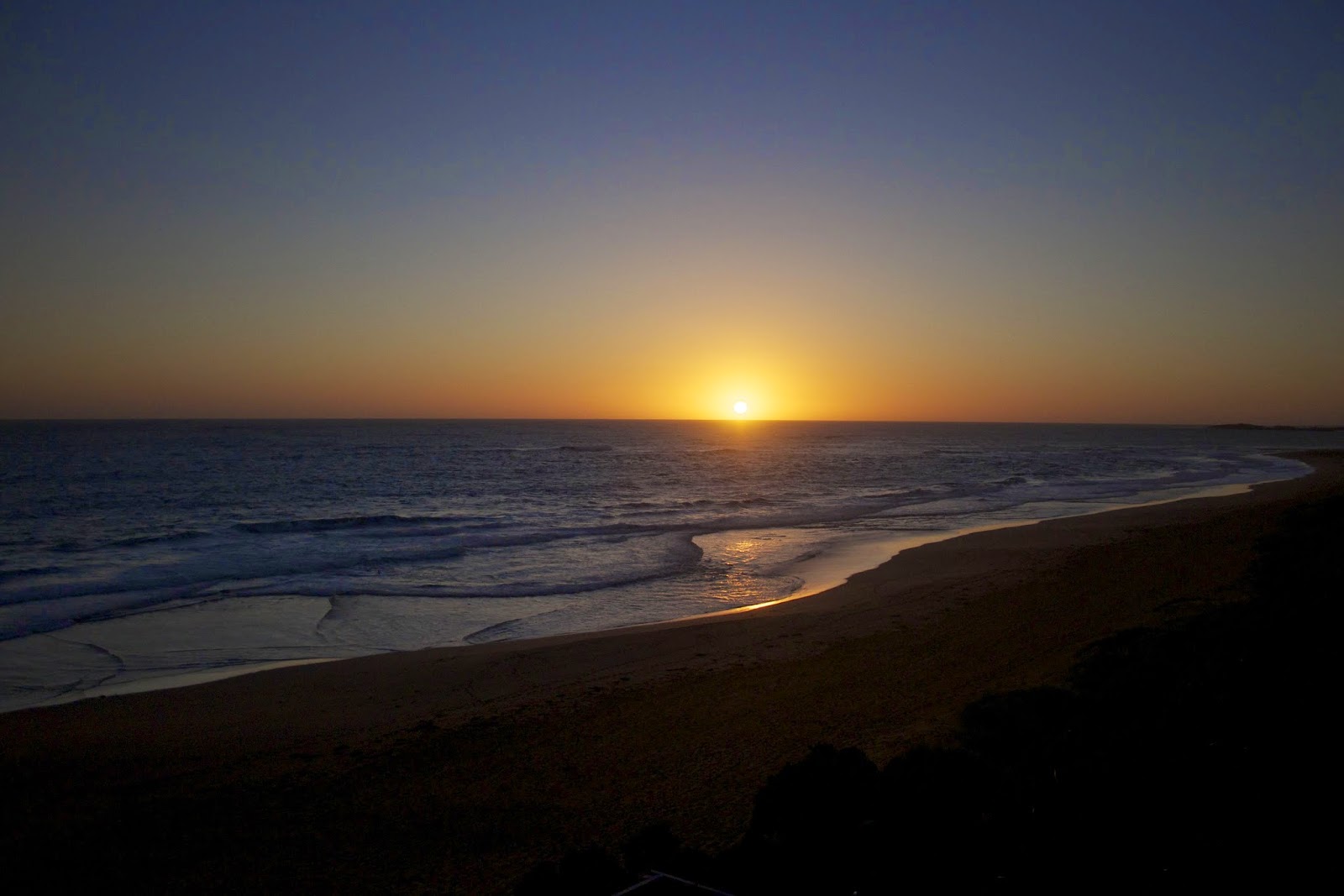 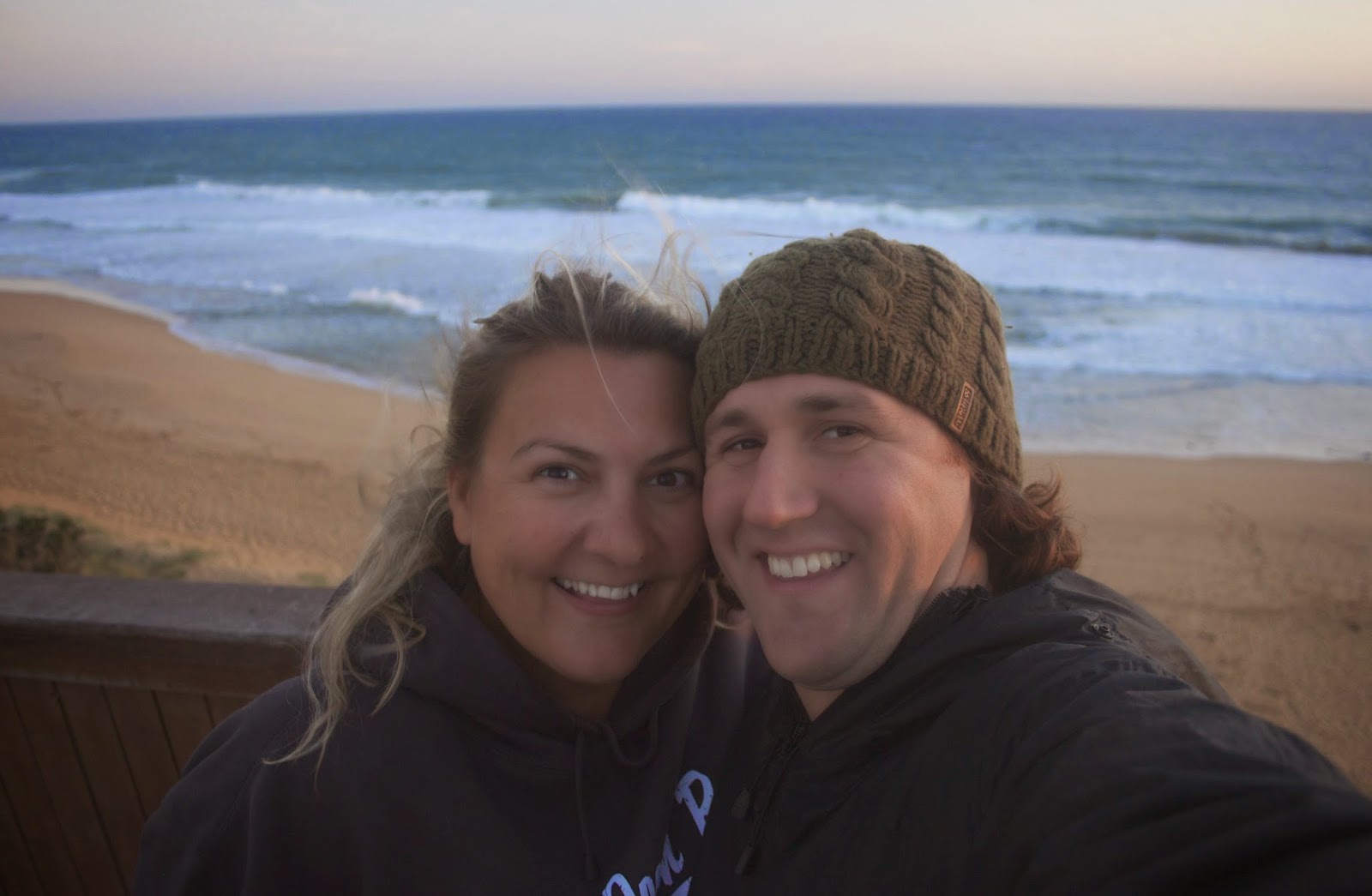