"I can't believe your here!" repeated Tim for the fifth time. It was soooo good to see Tim and Ella again. It had been ten months since we'd meet on the Elephant Volunteering in north Thailand.

We became reacquainted in great style at Hobart's Annual International Beer Festival. It was in a giant warehouse on the quay and the entry fee included ten beer (or cider) tokens. We browsed the stalls, made a drink selection and then got 100ml to taste. Ella and I sampled a range of Tasmanian cider, while Chris introduced Tim to stout. We had a stroke of luck when a group leaving the show gave us their unused tokens. We then went to a local bar where we met AFL legend Barry Hall. He was a muscler tall chap and an absolute gentleman.

The next day we drove about an hour up the coast from Hobart. Keen to show us the beauty of Tasmania, Ella and Tim took us to Tasman National Park in the south east of Tasmania. As we explored we came to appreciate the natural beauty that the area has to offer. The landscape is truly spectacular and we were amazed at how clean the air tastes! In a way, some echo of Scotland's hills and inlets, the rolling green pastures and colourful heathlands were a feast to the eyes. How could we not love this place?!

We took a walk to see the stunning coastal scenery at Eaglehawk Neck, where a Tasmanian Devil reserve has had great success in establishing a healthy population of these crazy creatures.

After the heat of Melbourne we were surprised to meet 12C, with frequent rain.  Being late November Ella told us that "The weather should start to get warmer as they were now coming into summer, but in Tassy expect all seasons in one day and you won't be far wrong!"

We chatted and laughed non-stop. It was entertaining to compare the differences between Tassy and the UK. Questions posed from team Tas about the UK included, 'Do you have vodka?', 'Do you have tomato sauce?', 'Do you have Pringles?'. 'They are not from Mars!' exclaimed Ella to Tim.

We enquired of the locals 'Do you have badgers?', 'What are pokeys?', What is a Chicken Parmi?'

Whilst staying with Ella and Tim we also shared culinary delights. Ella cooked us an awesome dish of Mango Chicken which was super delicious. We also adored her Chicken Parmi, which is a breadcrumbed chicken breast fillet topped with a thick chunky tomato sauce and covered with cheese. We flew the flag for European cuisine by preparing feasts of Beef Bourginion, Lancashire Hotpot and Roast Chicken.

In the evenings we frequently played animal charades with endangered animal swap cards free from the local supermarket. This game was Ella's brainchild and was highly addictive. We ended up learning all 108 animals cards! It resulted in many really funny animal impressions, we will never forget throwing our bodies around to mimic the Saltwater Crocodile, Streaked Trenrick, North Atlantic Whale and Sea Otter! 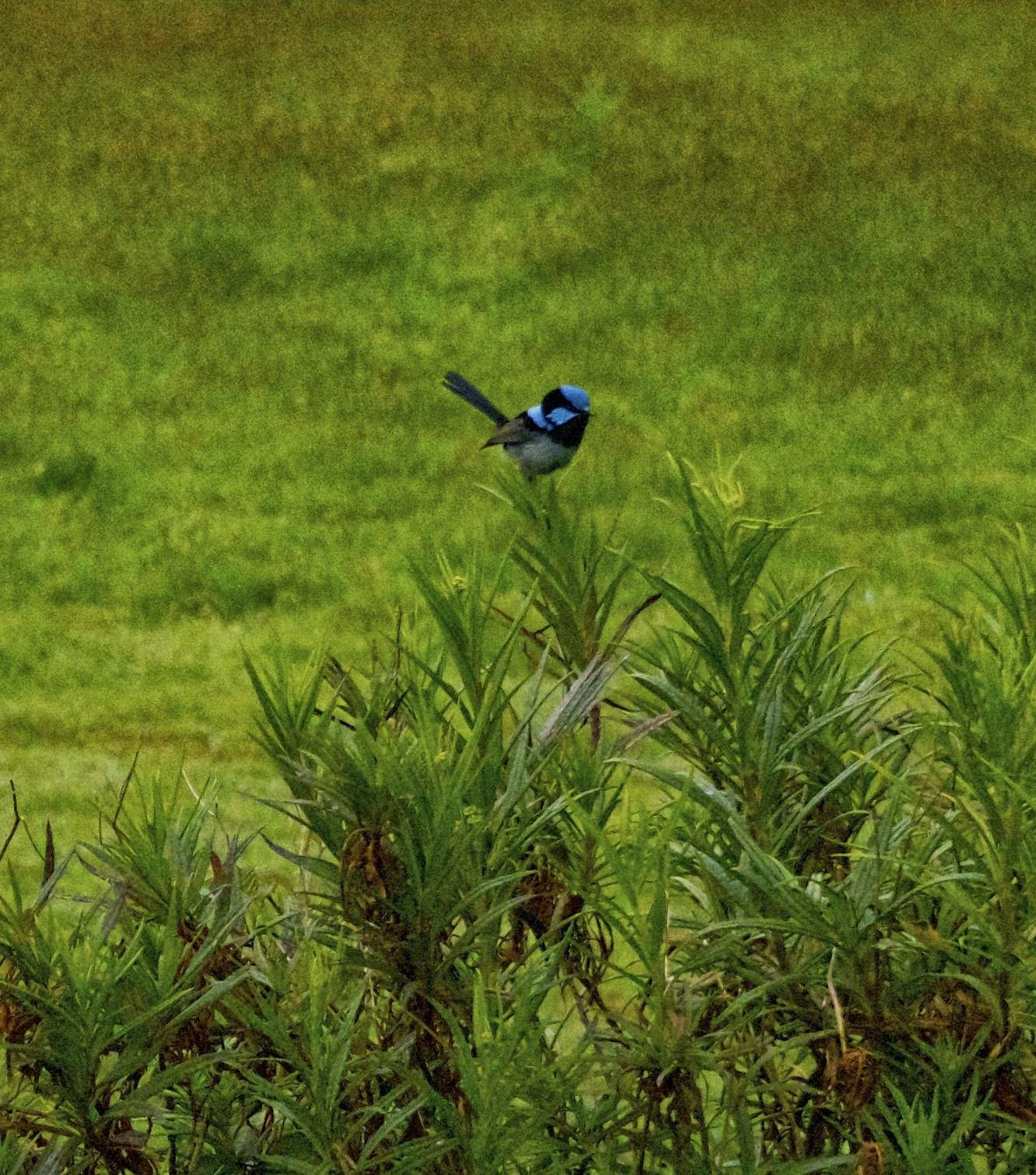 The fabulous four back together 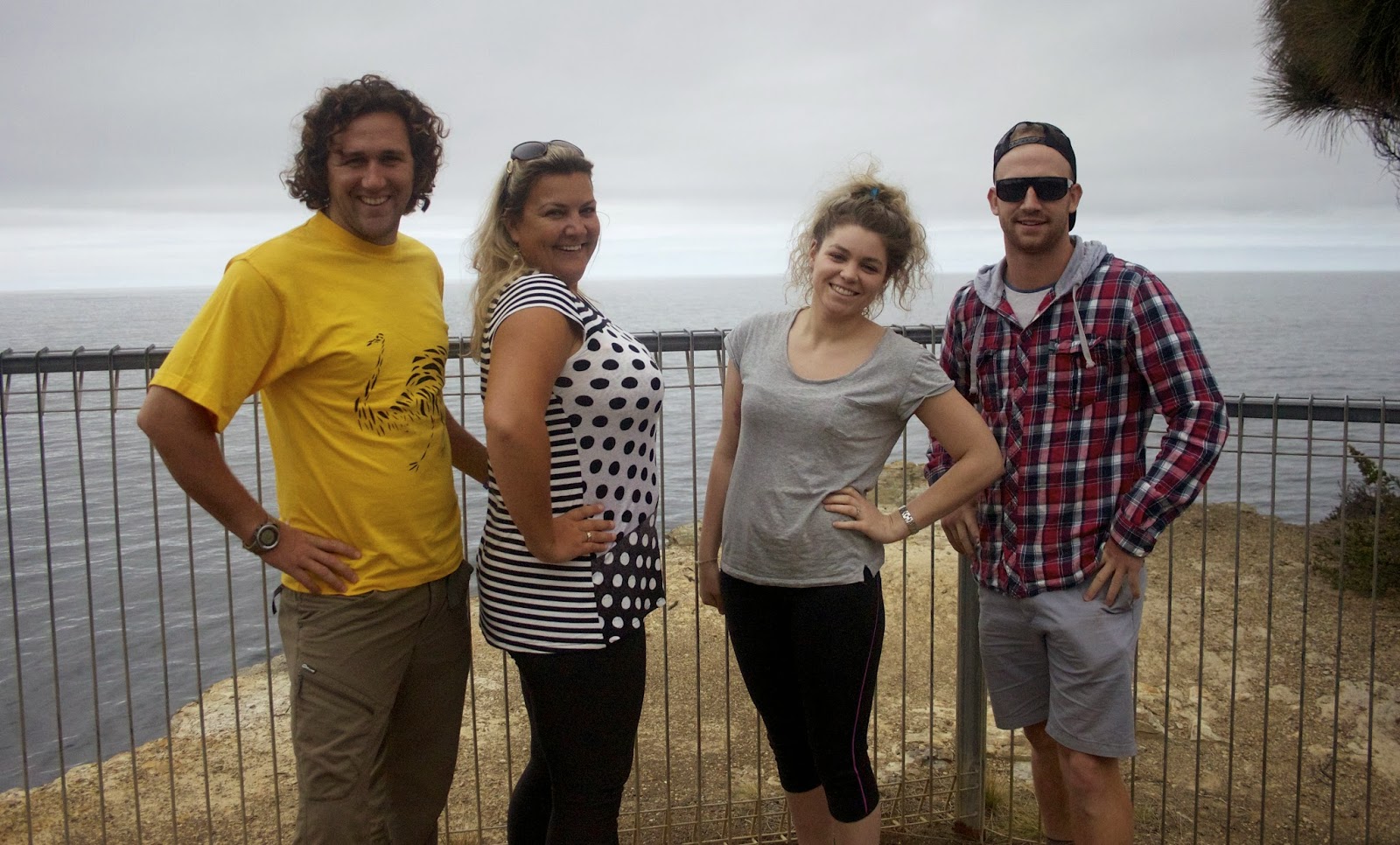 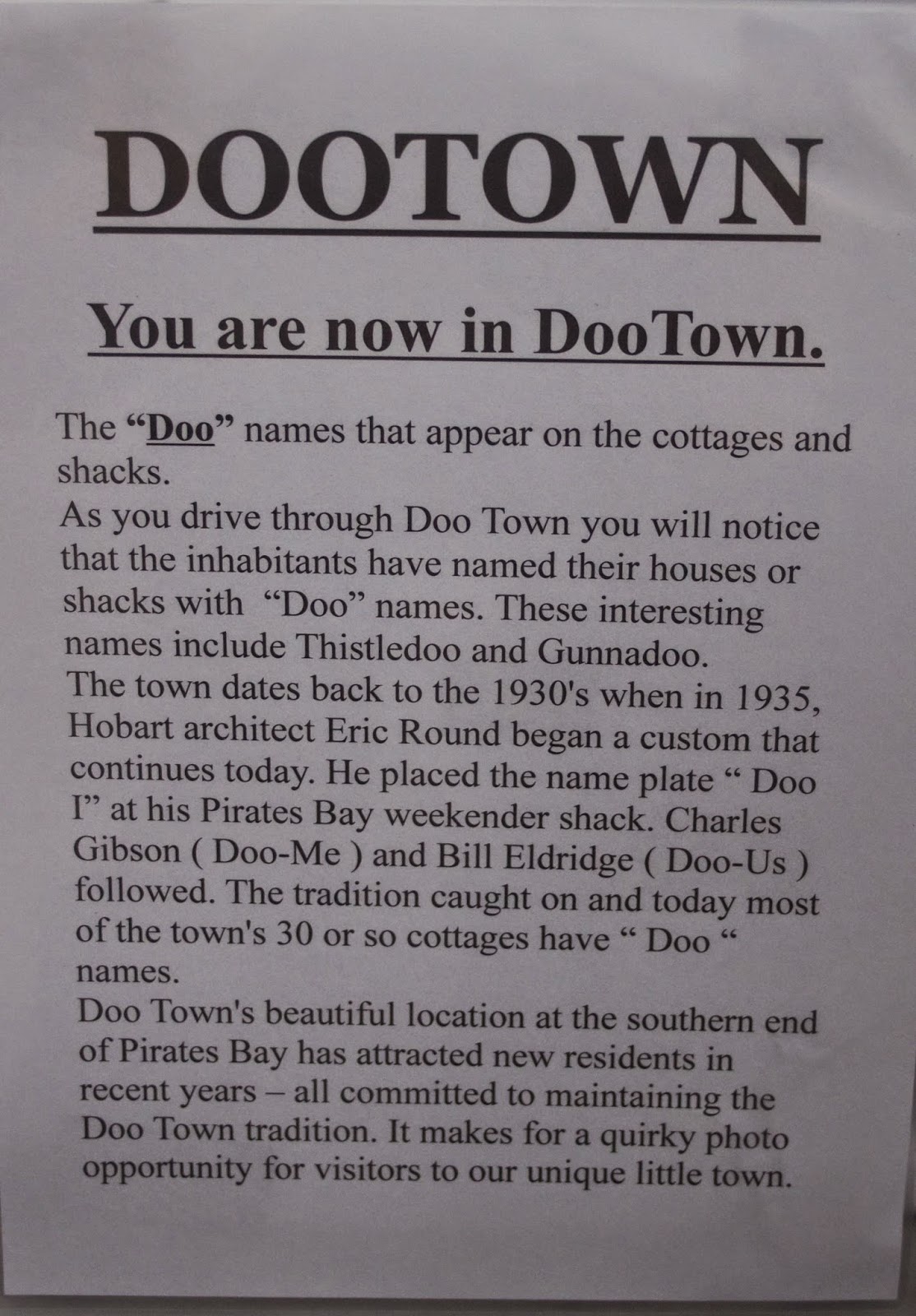 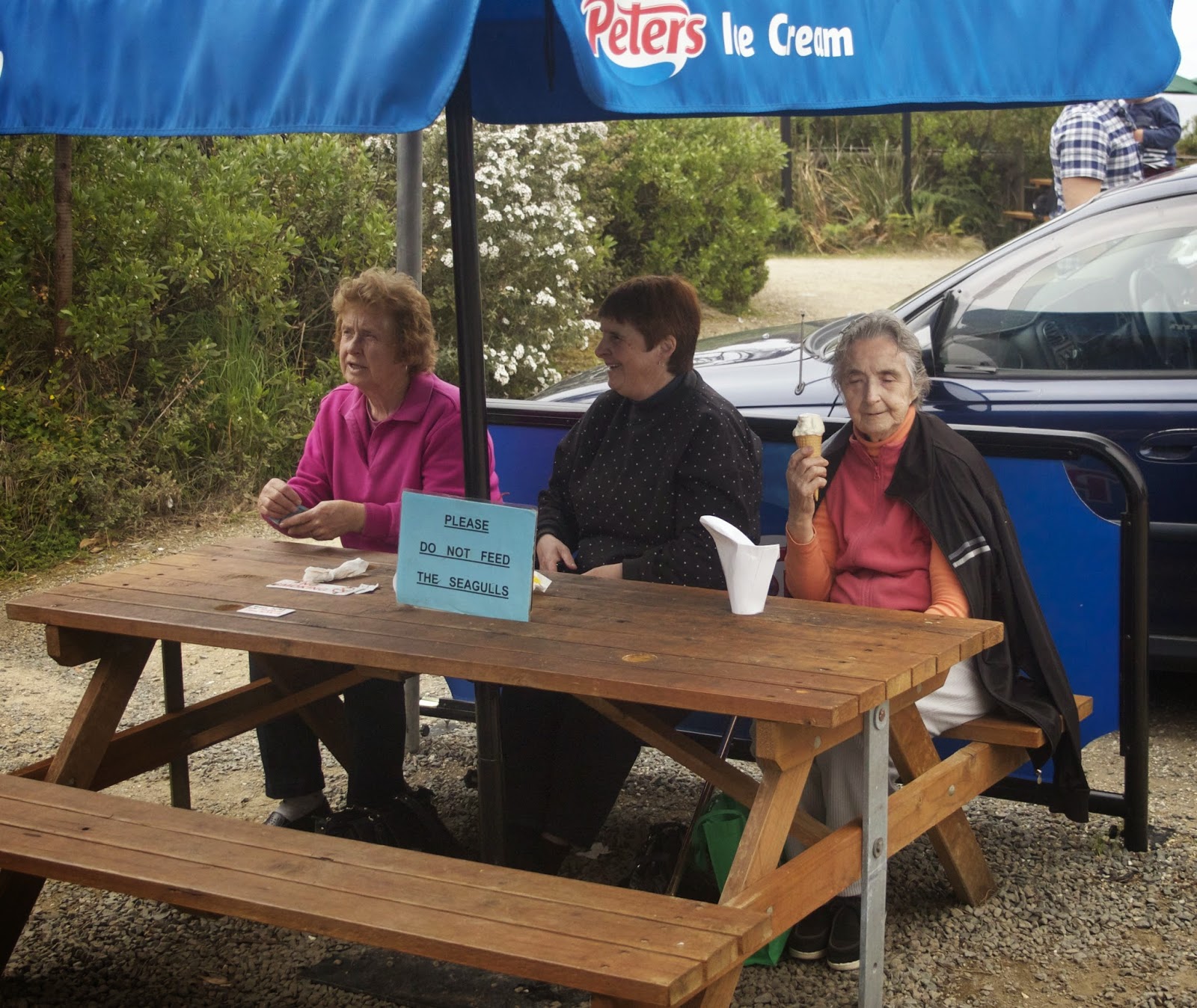 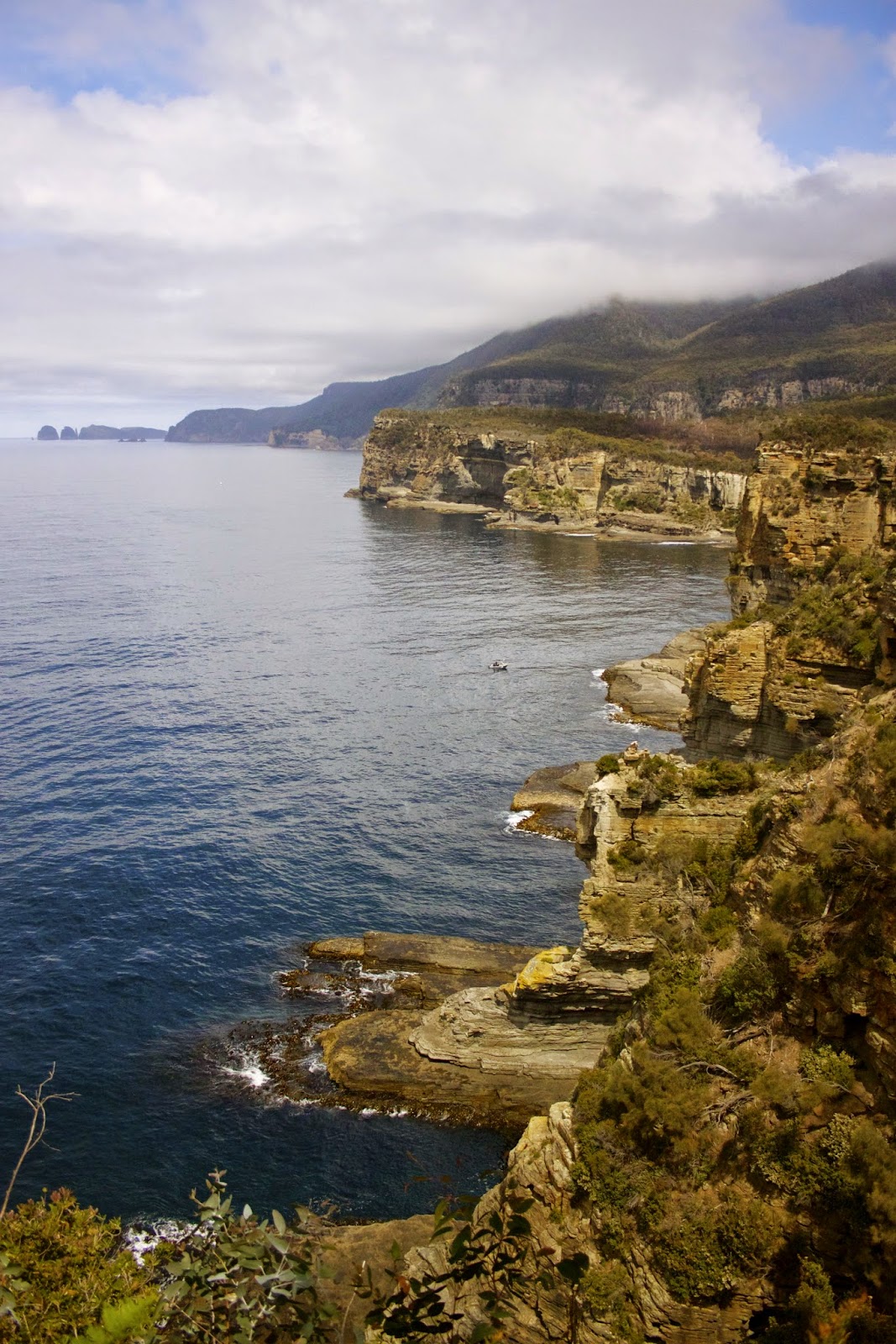 Ella reaching for the stars 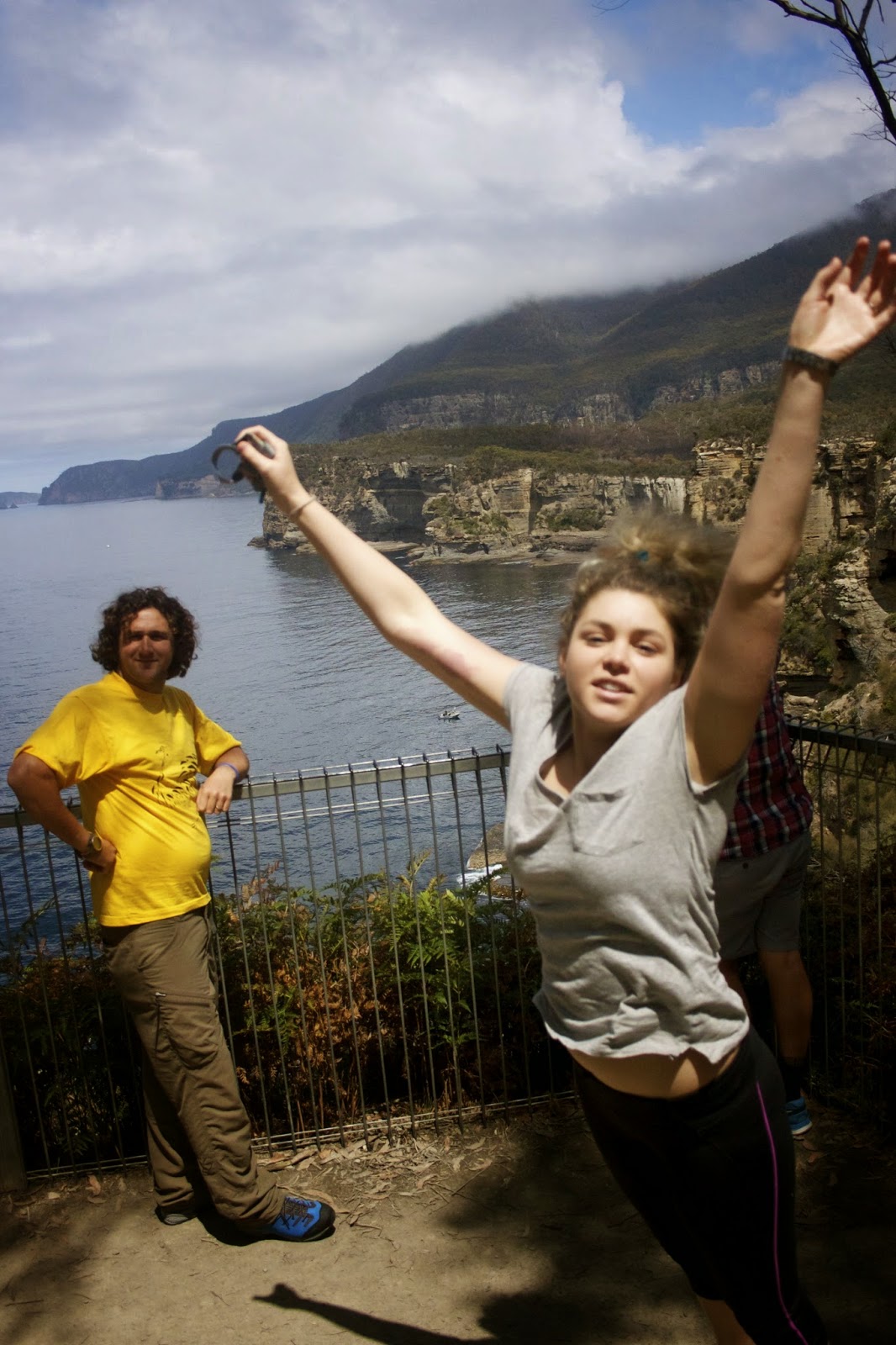 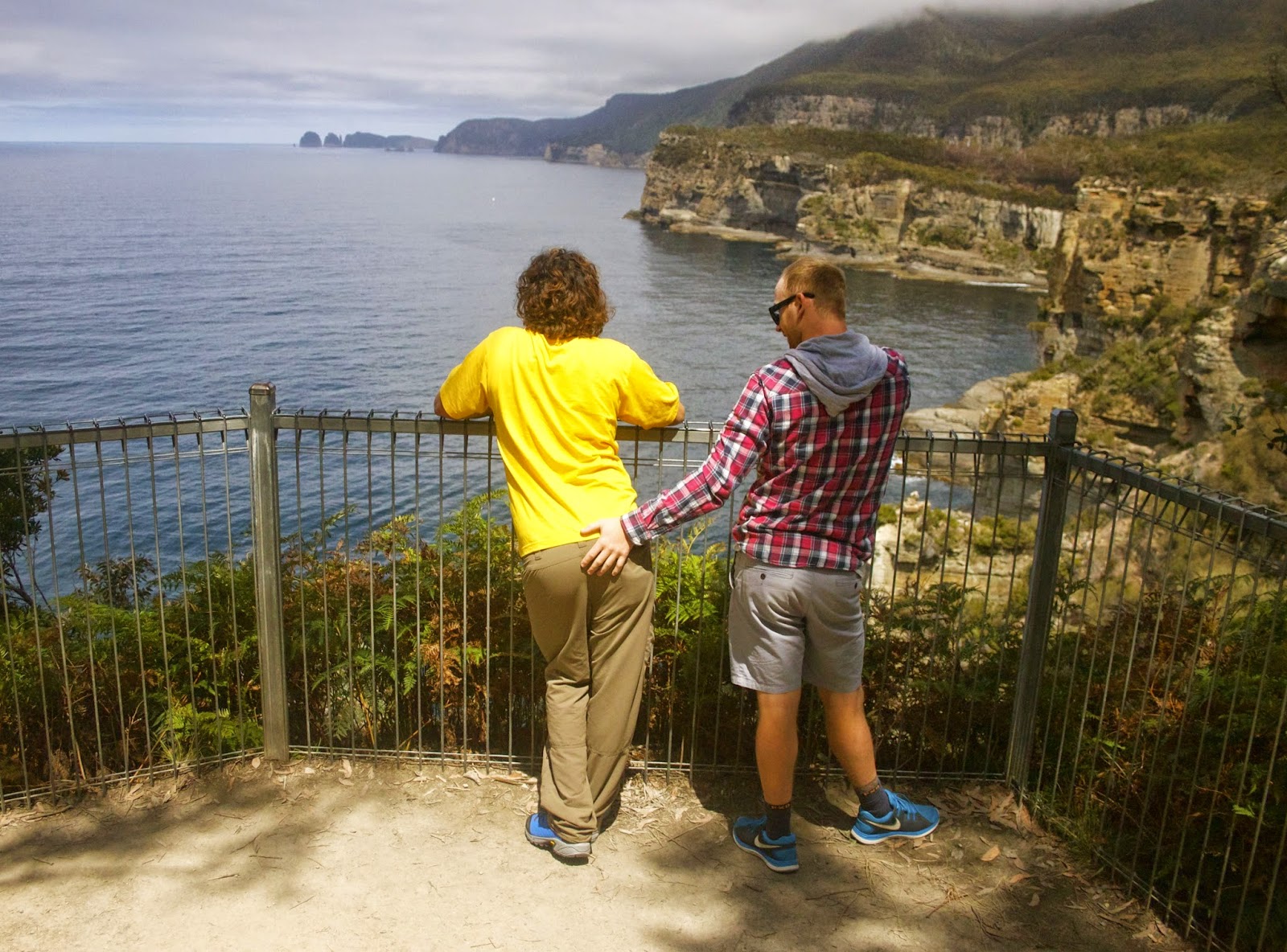 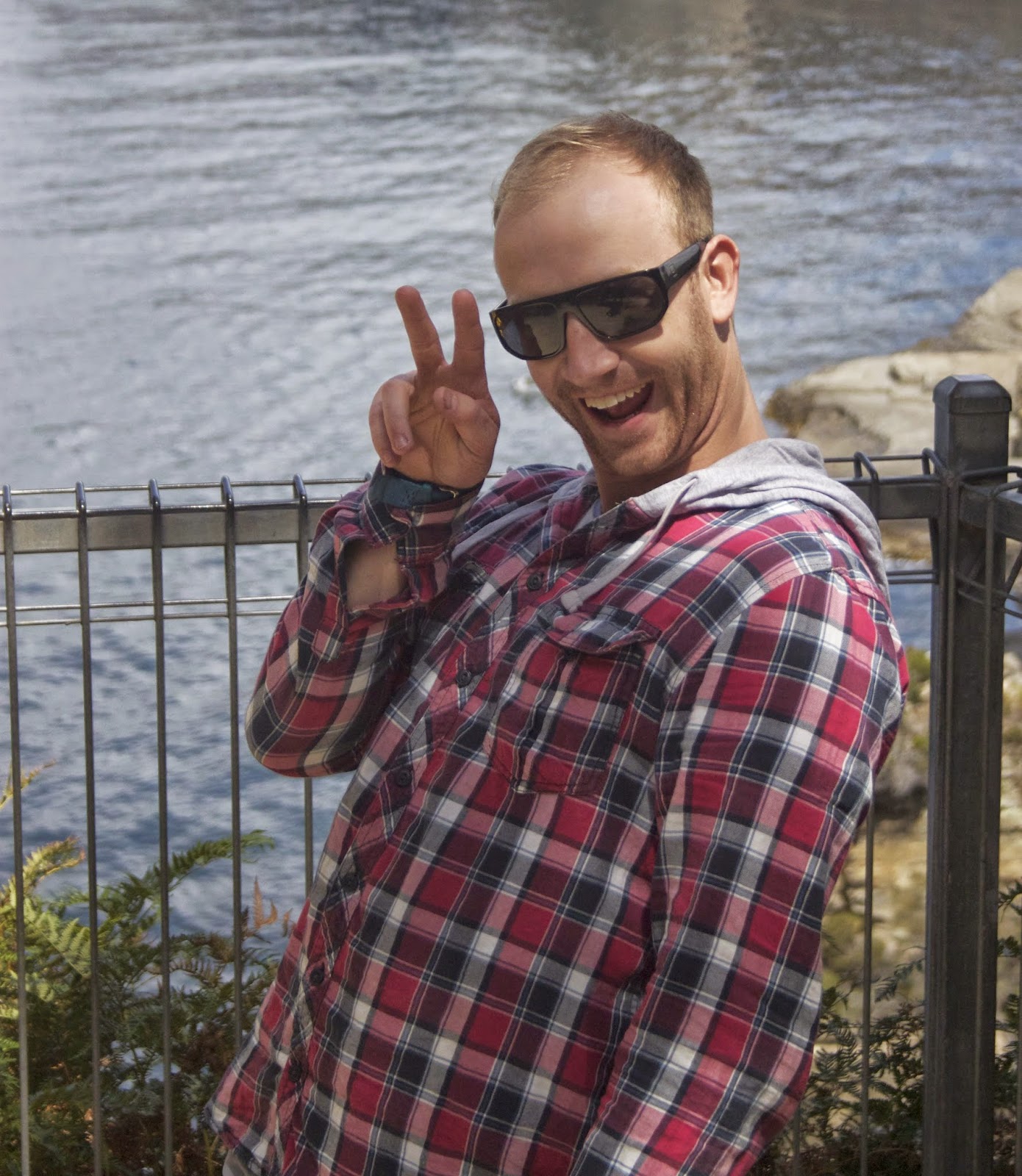 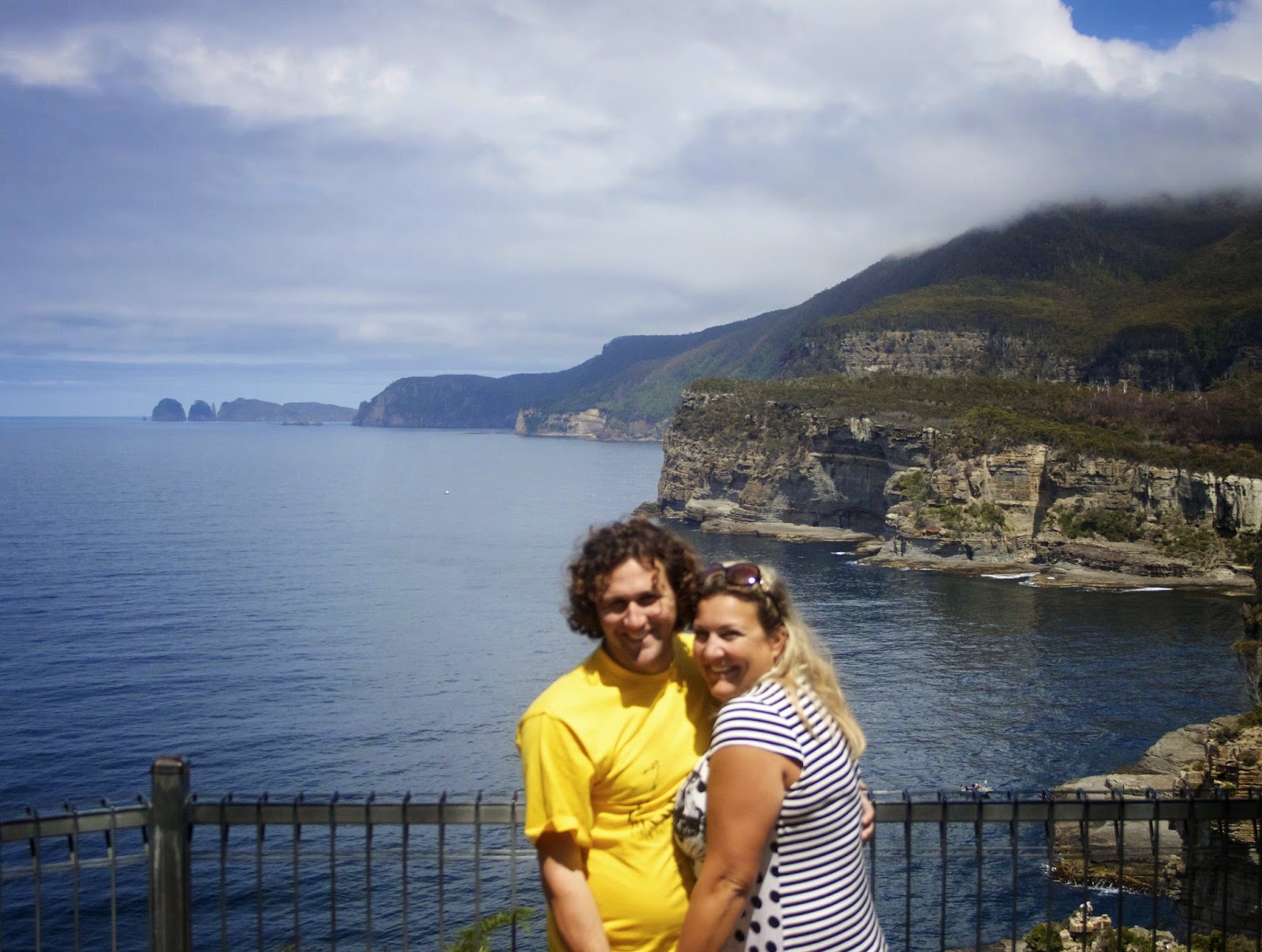 Ella gets a ride up the path 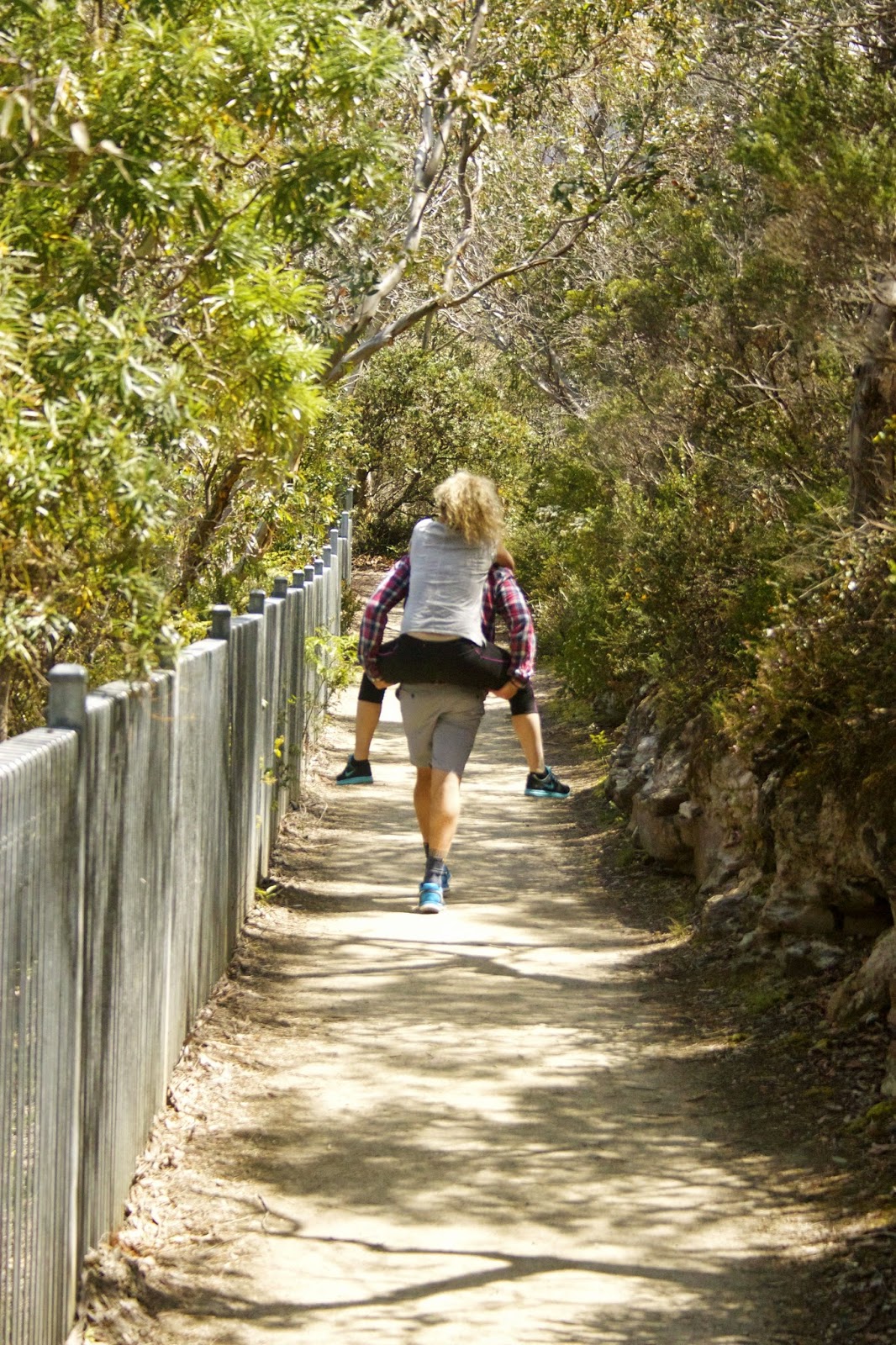 The picturesque archway at the 'Remarkable Caves' 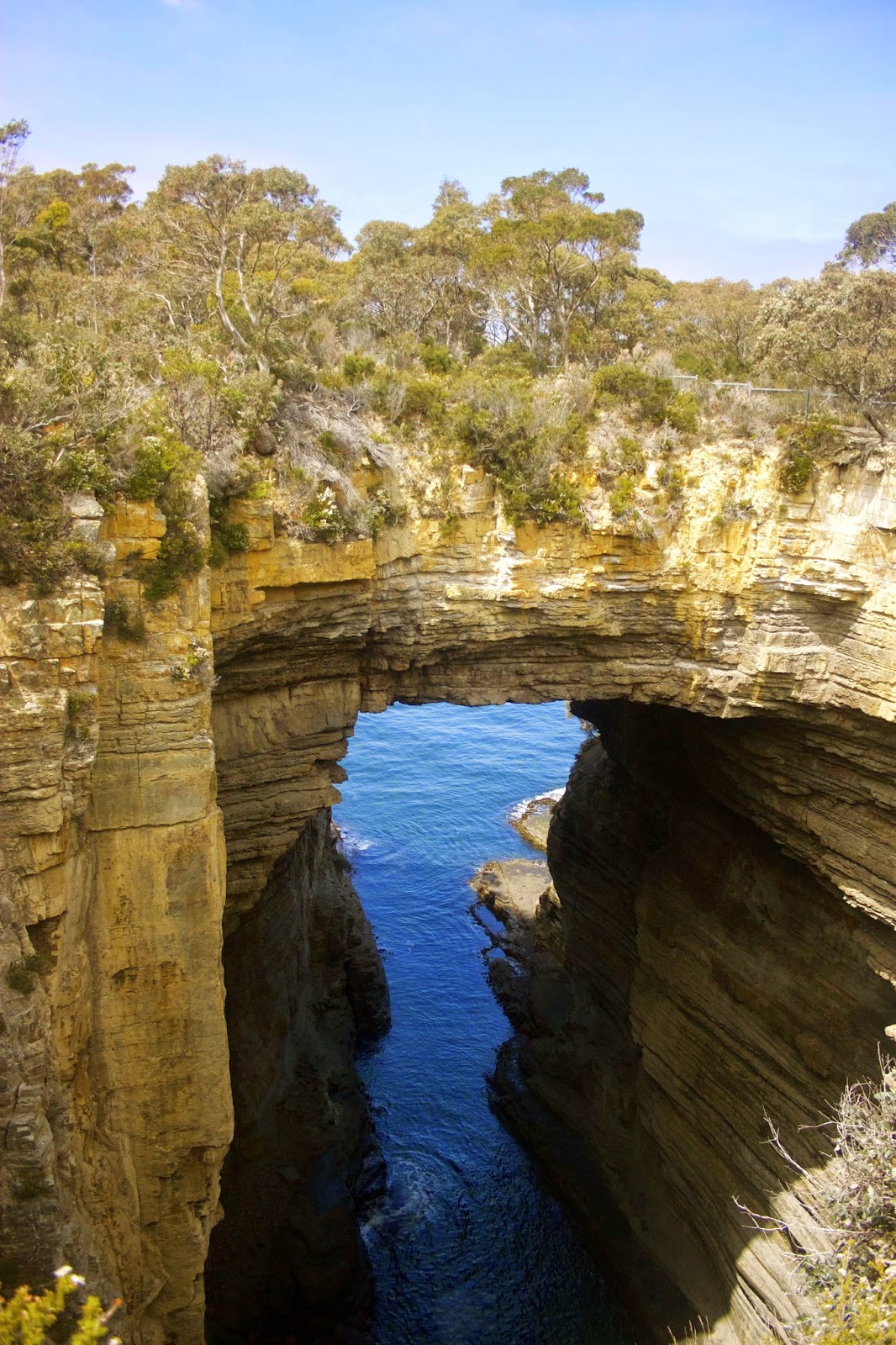 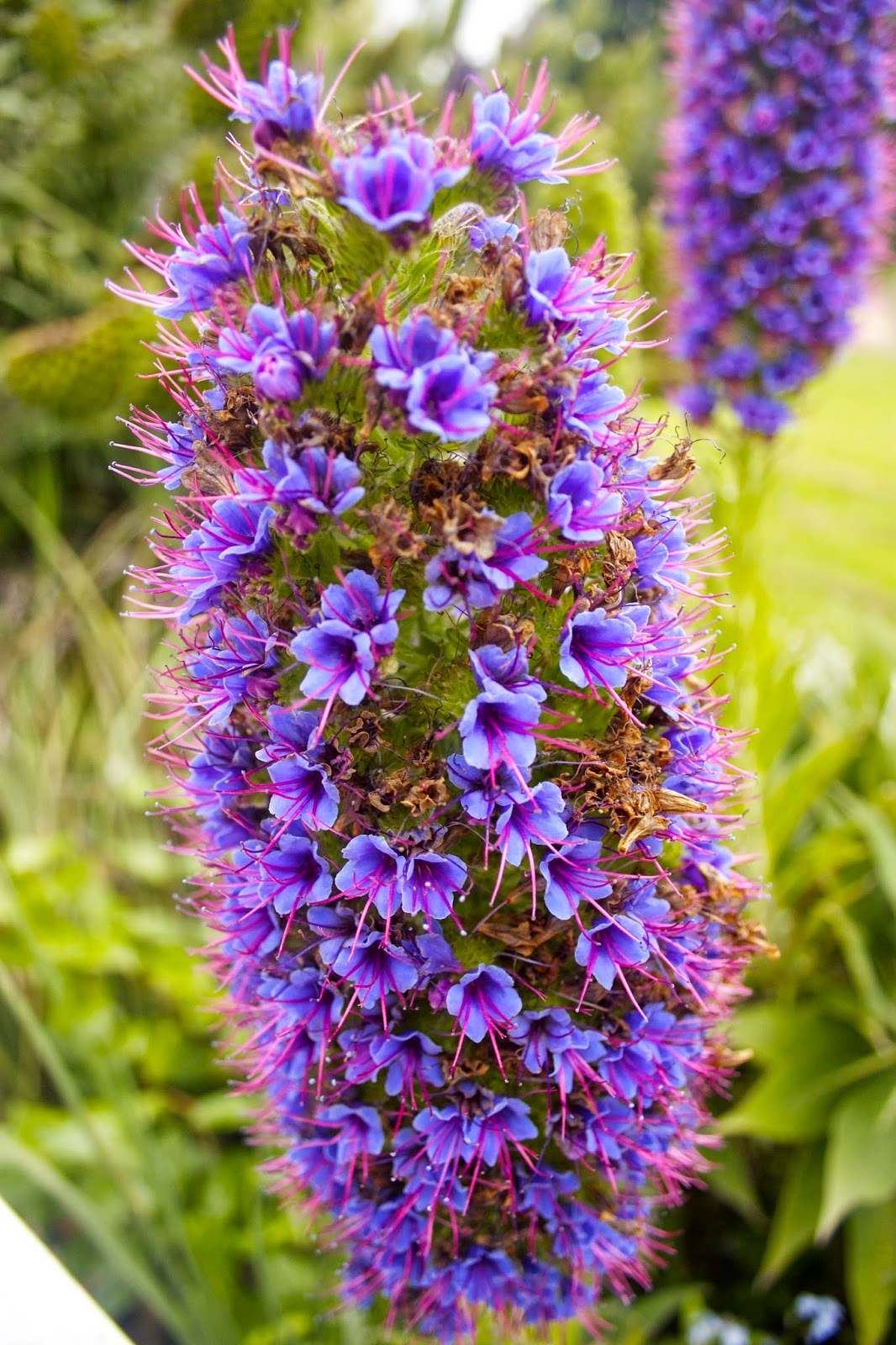