Croeso i Cymru - Welcome to Wales

After an 18 hours bus trip north from El Chalten we were still within the northern reaches of Patagonia, just south of the Argentinian lake district. We stopped here for a very special visit so Chris could go and practice his Welsh in the small town of Trevelin. Settled by Welsh immigrants in the latter half of the 19th century who were escaping the persecution of Victorian Britain that was trying its hardest to eliminate the Welsh language and culture.

Large numbers of Welsh people settled on Patagonia’s eastern shores and valleys. By 1860 all good pasture land on the east had been settled, so they looked further inland for fertile valleys. The Mapuche Indians with whom they traded promised a rich fertile valley in the foothills of the Andes and so an expedition set out to find the promised land. The first Welsh families settled into Trevelin in the early 1860s and slowly turned the fertile valleys into rich pastures for crops and the surrounding hillside for grazing sheep.

Trevelin translates as Mill Town. The mill was built in 1889 and has recently been refurbished as the region’s museum. We spent a fantastic few hours exploring the early history of the local tribes, the arrival of the Welsh and the agricultural and household displays. The chap in charge looked like a fiery welsh man, with red hair, blue eyes, a pasty complexion and bristling red moustache. He spoke a little welsh and his faltering English was delivered with a wonderful welsh lilt to his accent. He has family in Conway and has visited Wales once and is planning to go back. His Father and Grandfather have both been Director of the Trevelin choir (one Jones and one Williams obviously) and he sang with Gwyndaf Jones at last years local Eisteddfod.

Trevelin holds an annual Eisteddfod and has close ties with its counterpart in North Wales undertaking exchanges and sending performers.

Unfortunately most of the rest of the town’s attraction were closed down for the off season, so we missed out on a Welsh tea at Nain Maggies (Grandma Maggies) but we did manage to visit the old Chapel Bethal and see the Welsh language school. 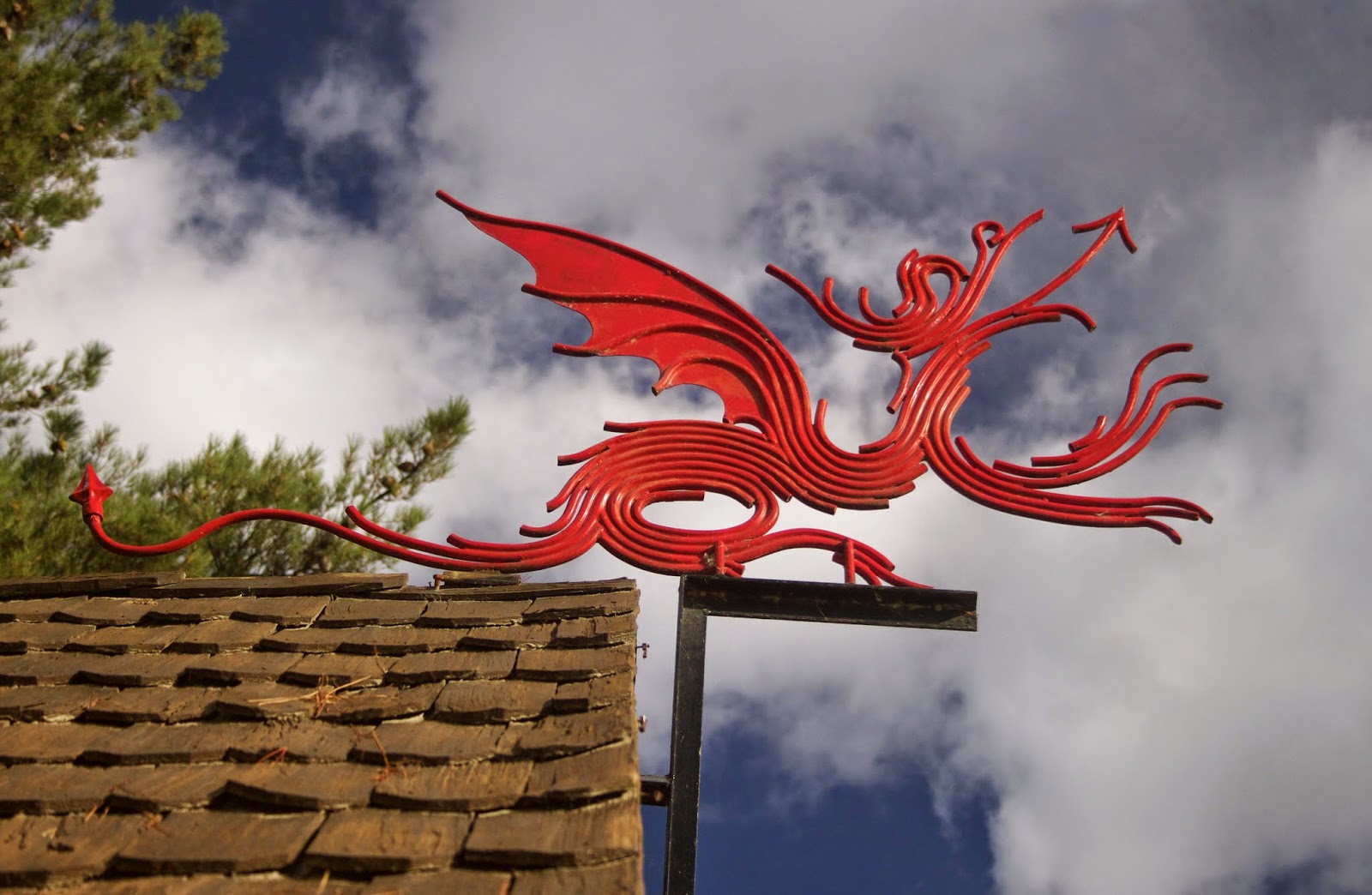 Their emblem combines the blue and white flag with yellow sun of Argentina, the pointy yellow mountains of the flag of Patagonia, the sheep, the crops and of course the red dragon 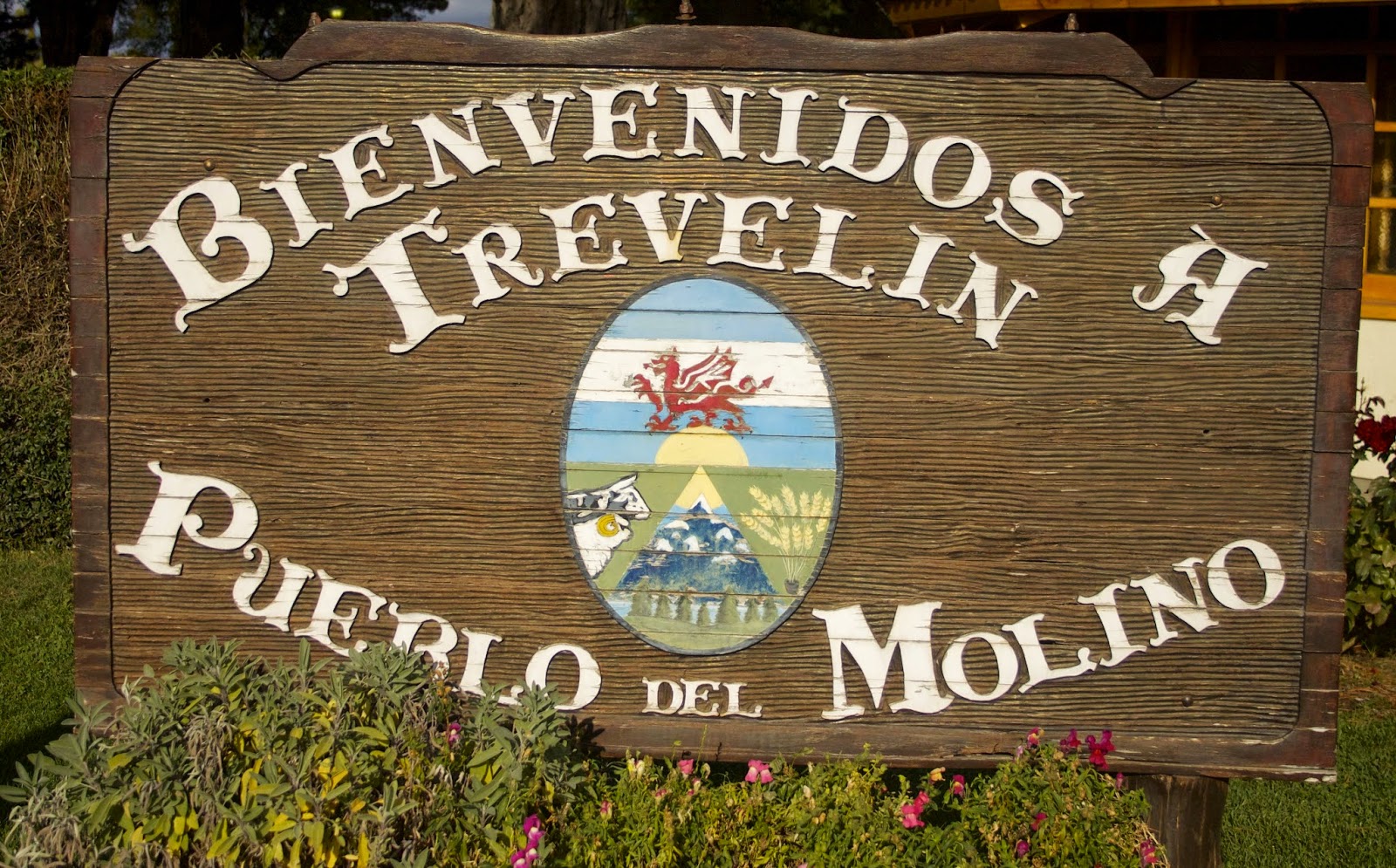 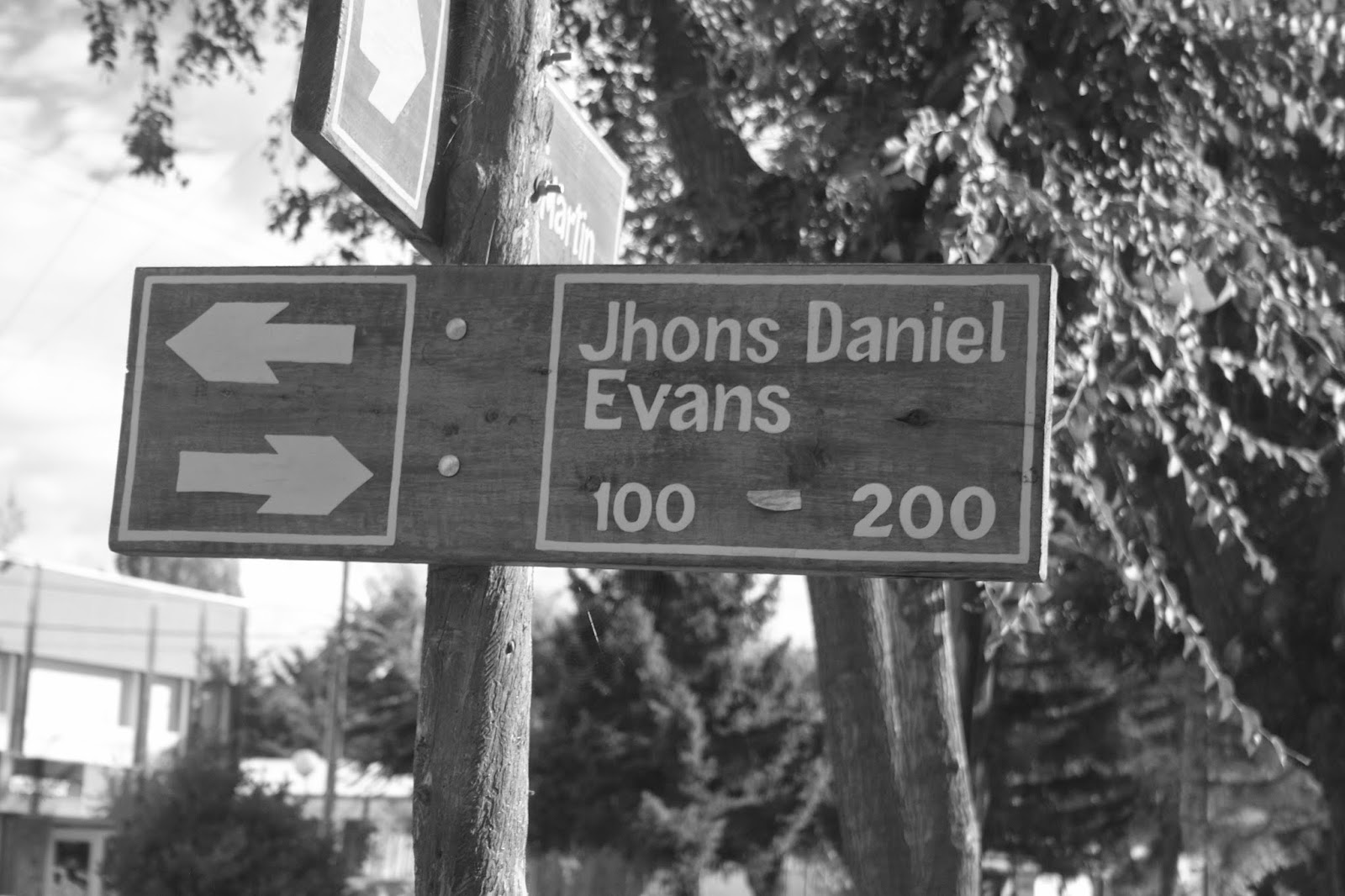 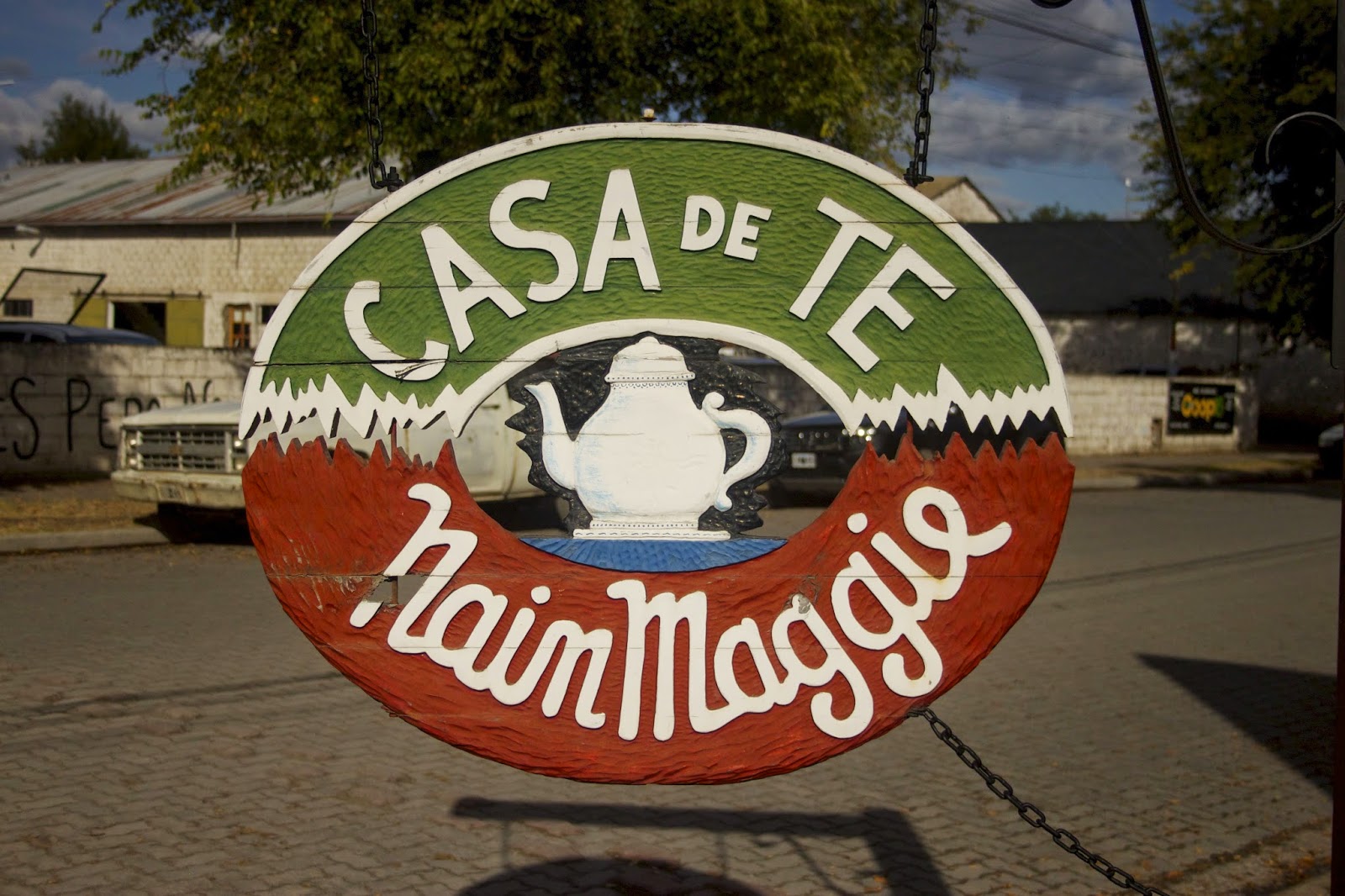 Passion for traditions and culture are very strong in this valley 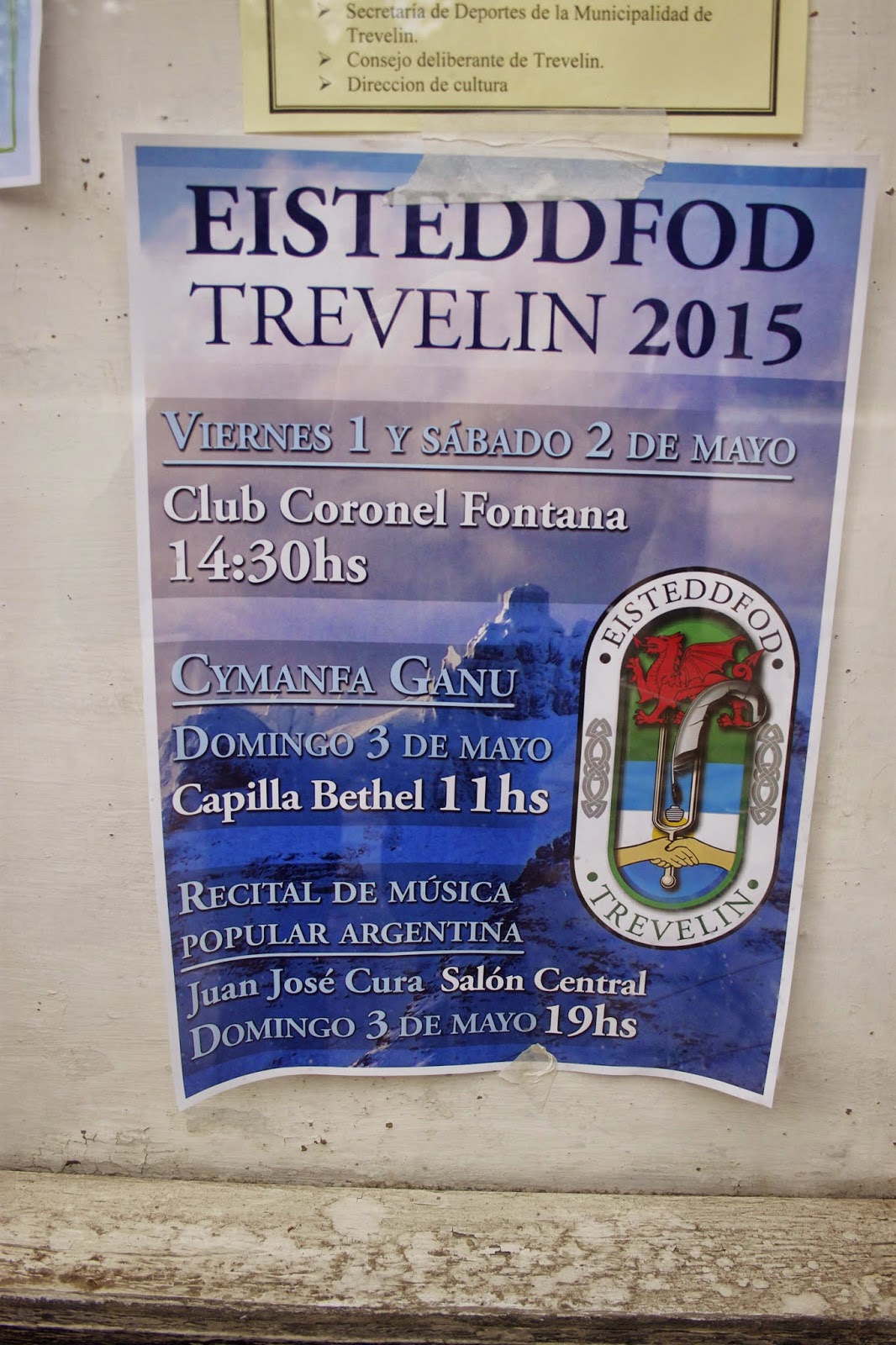 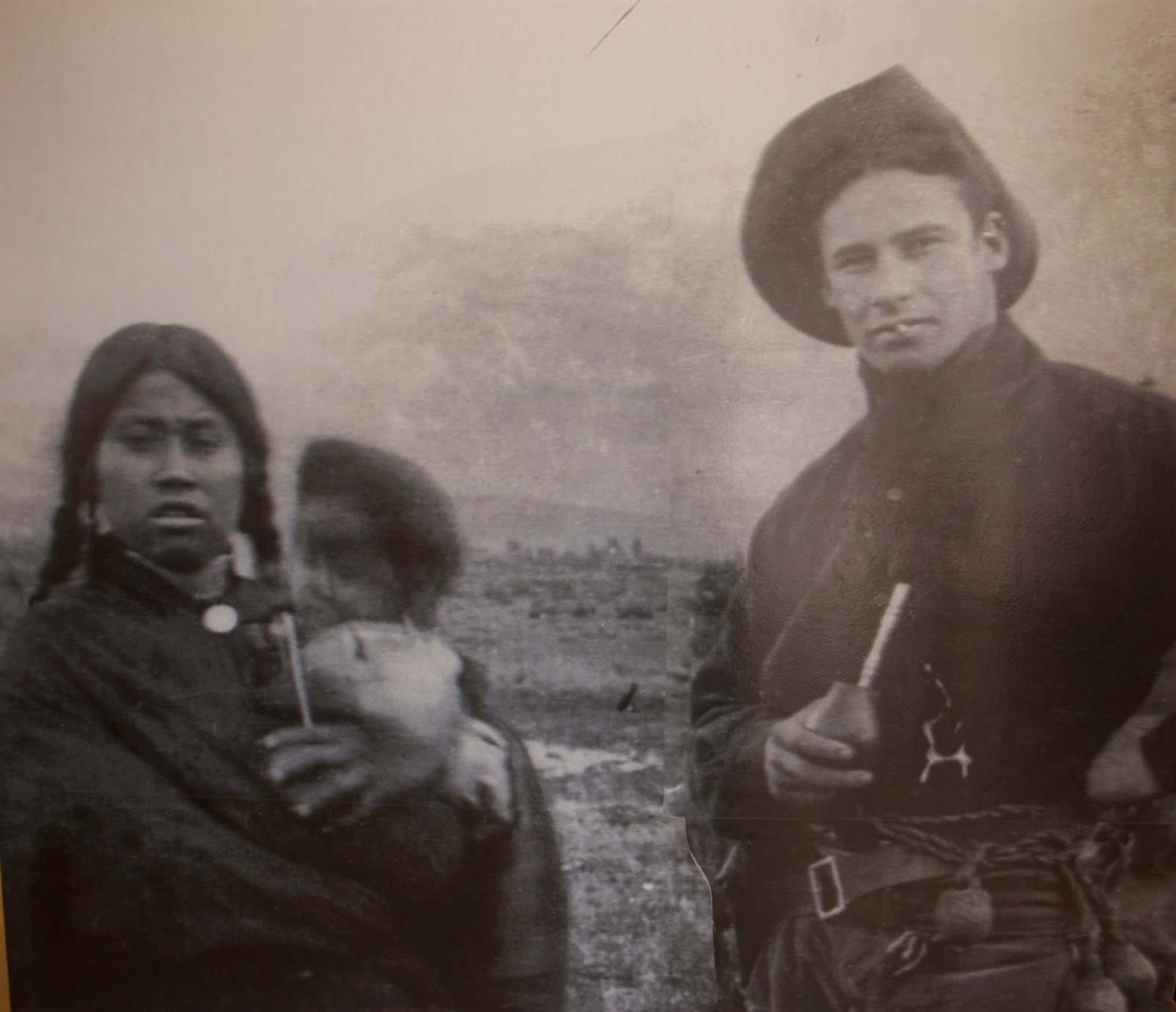 Had some great stuff in the old Mill Museum - Fordson tractor 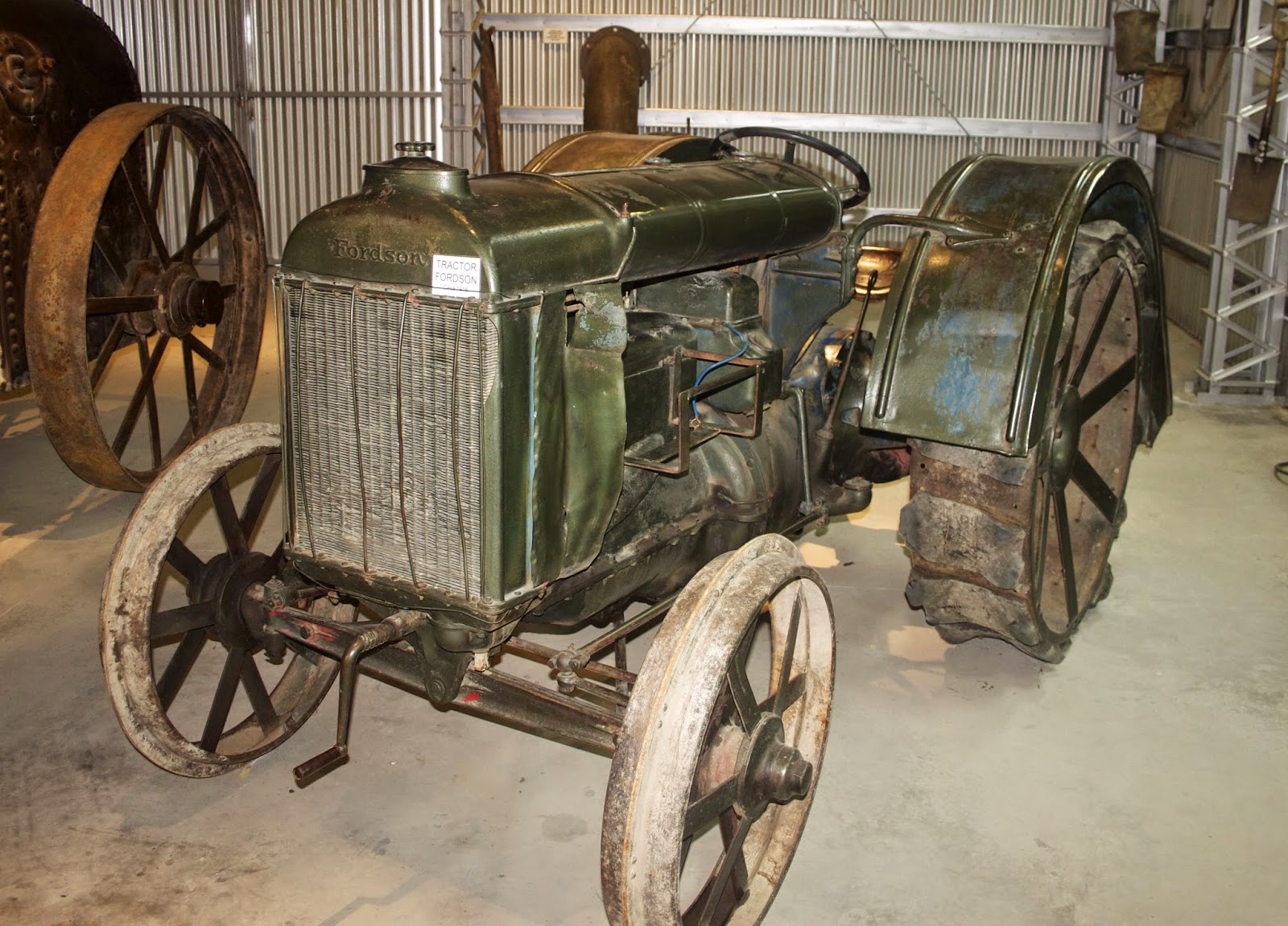 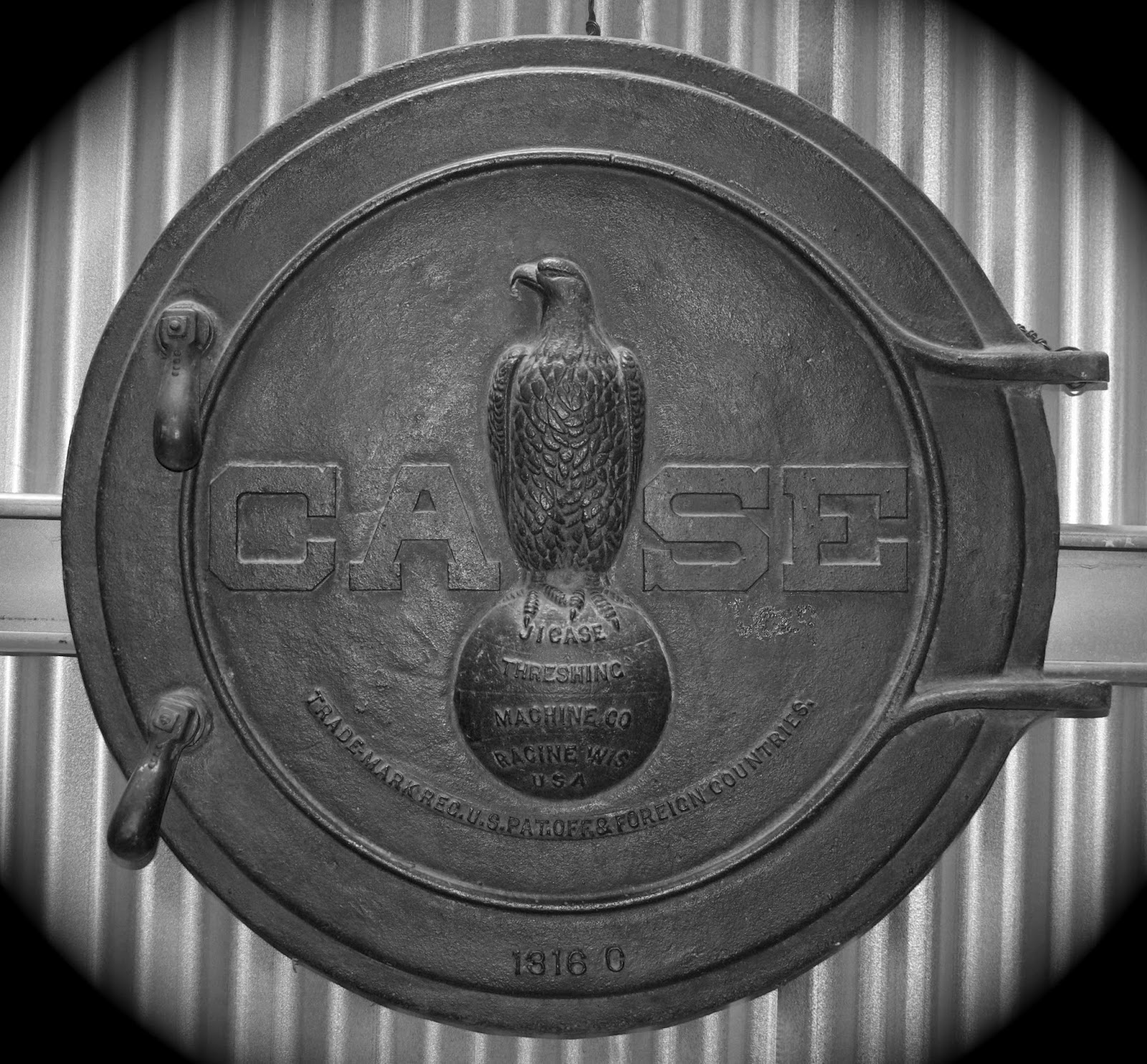 Used to drive the thresher on the right 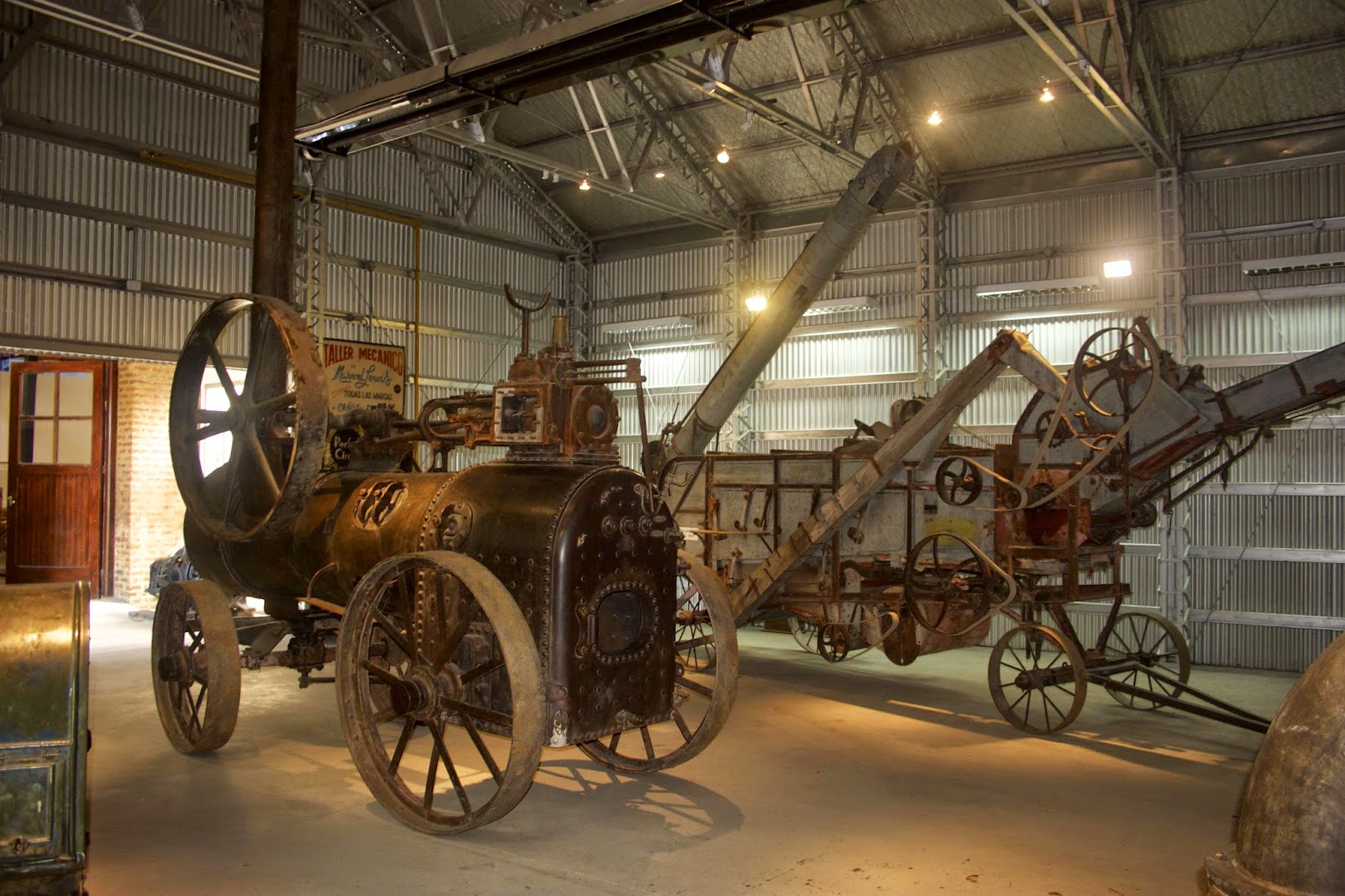 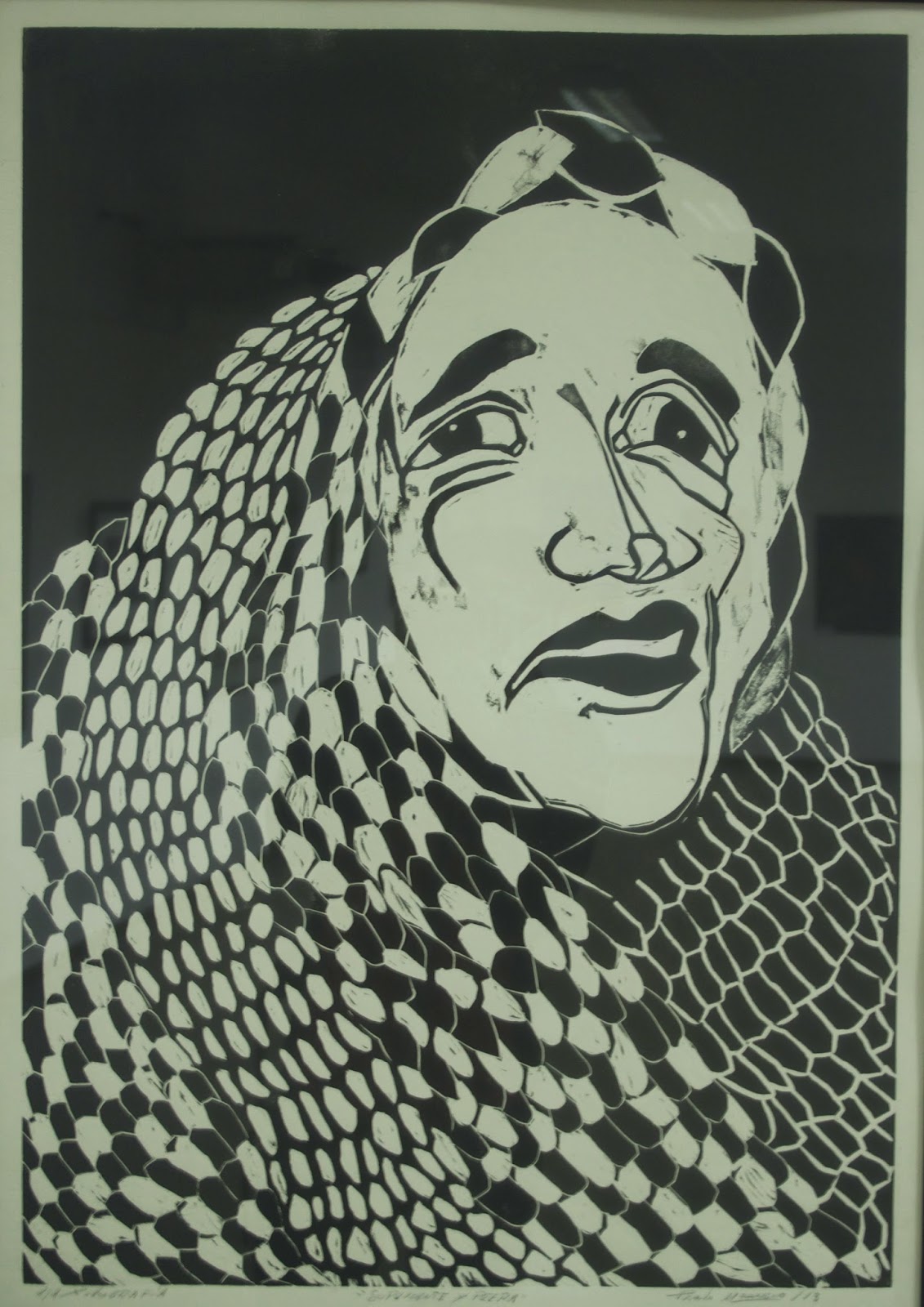 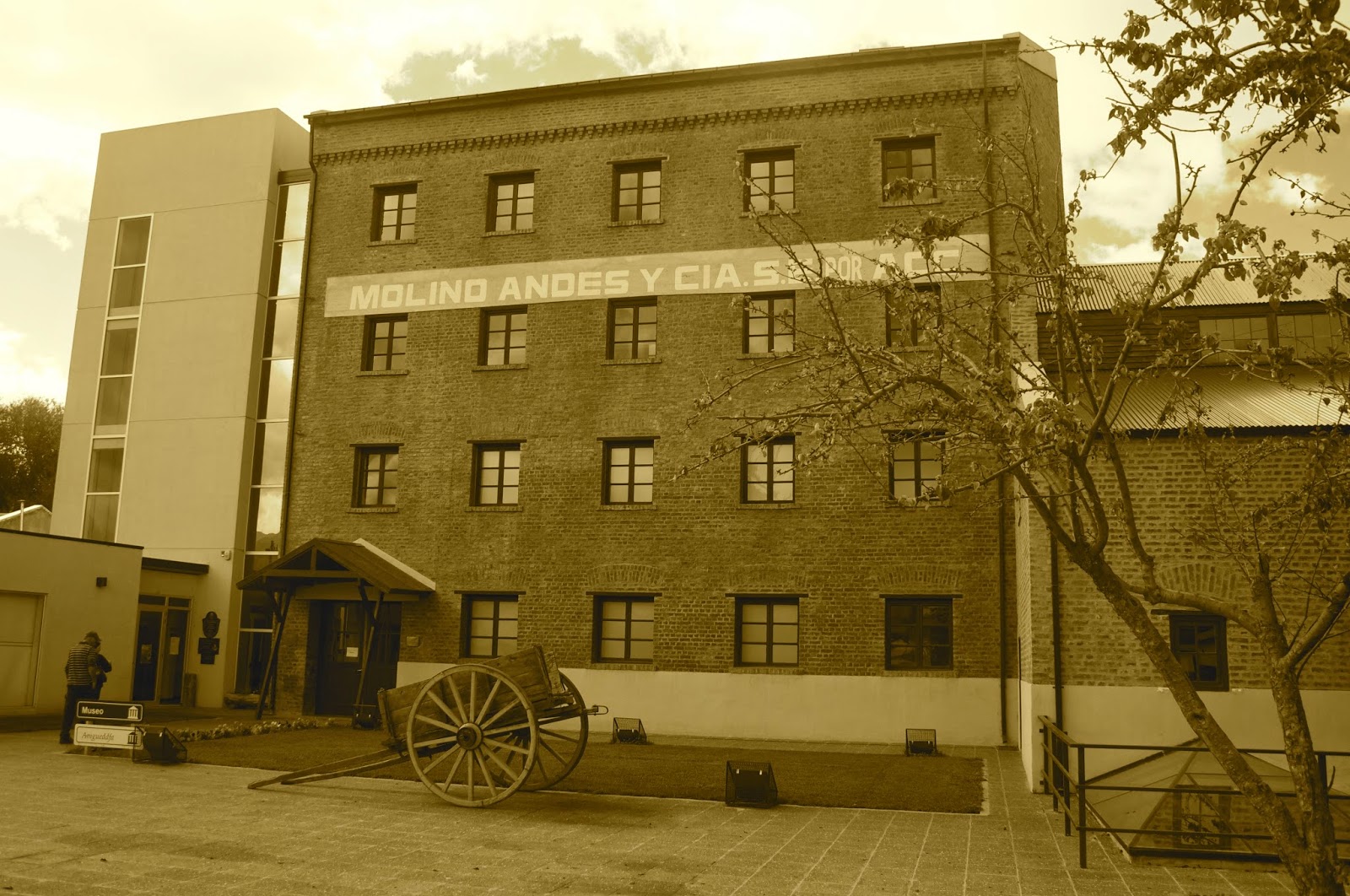 A picnic lunch at Capel Bethel where we were shown around by an old gentleman who also works at the language school teaching the next generation Welsh and keeping the language, culture and traditions alive in this small outpost in the Andean foothills 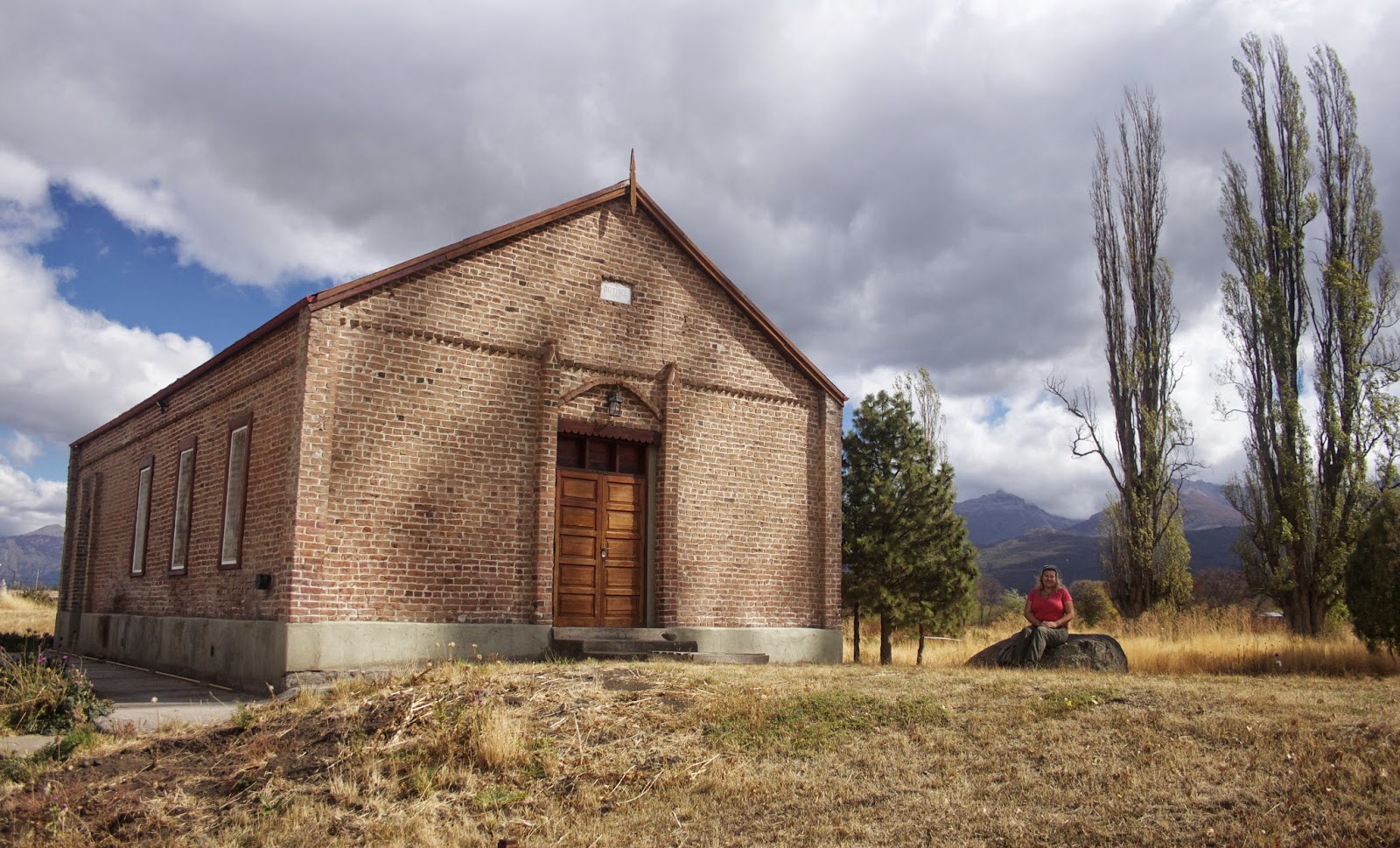