As the darkness embraces the island of Providence and the temperatures settle to a more manageable warm embrace, the people return to their front porches, swing in their hammocks, cook their dinners and crack open a beer or two. But in the forested hills of Providence’s interior something is stirring.

You hear it first, a rustling of leaves followed by the scratchy tickling of needled toes on concrete. The volume grows, more rustling more clicking until it reaches a crescendo of a thousand ticking clocks all out of sync. Like a forest of cicadas or a thousand Fonzies, this is a metronomic army on the march.

Then the smell hits you, of rotting mulch with a whiff of putrifying fish guts. But it’s not umpleasant, quite sweet, the smell of action.

And then you see them, dozens at first, then hundreds and by midnight thousands. A two way procession, mothers laden with eggs marching determinedly towards the sea and those who’s mission is complete climbing back up the banks and rock outcrops returning to the hills.

These are the infamous black mountain crabs of Providence. Every year when the first small showers arrive between April and June they leave their mountain retreats and head to the see driven by the need to reproduce. The females carry their eggs under their bodies. Males loiter attempting to fertilise the eggs during the females migration to the sea.

Their major obstruction is Providence’s single road which encircles the island with its high curbstones and occasional traffic. As a car or bike approaches the swarming marching army scuttles in a wave to avoid the wheels of doom! Many islanders are conscious of the crabs, which provide a livelihood to many as they are eaten most of the year, and slow their charges to avoid the black mass. But some do not. The squashed crabs do not go to waste. The hungry mothers dine on the flesh as they re-cross the road on their return to the mountains. In the daylight chickens will feed on those bodies that remain.

As your eyes grow accustomed to the dark you notice the banks on the side of the road contain a thriving mass of moving shiny shells rustling their way through the leaves. But the road resembles a battleground, the wounded, dead and dying litter the road, the opportunist cannibals feed as they pass.

We felt most humbled to witness this amazing migration, to experience the drive that these crabs most feel in order to undertake such a mammoth journey to ensure of their species own survival.

However we also felt horrified at the numbers squashed by careless and ignorant people, many of whom rely on the crab for an income or at least have friends and family that do. The islanders are trying to protect these animals. Road blocks are set up during the migration and people are encouraged not to collect crabs, particularly those with eggs. We are hopeful for the future as people become better educated and aware so that future generations can experience one of natures amazing events. 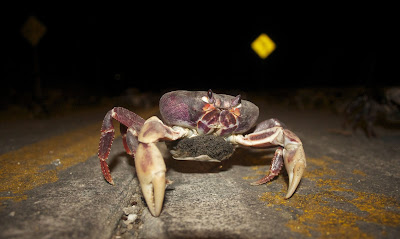 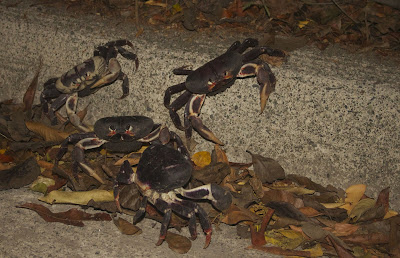 A steady clicking and ticking of needle like toes 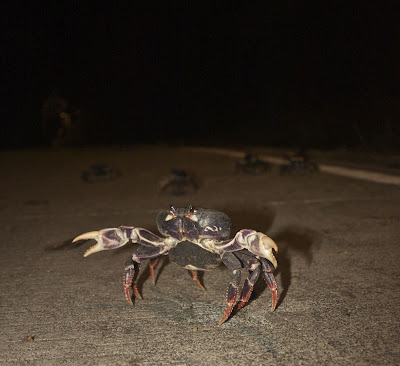 As the night progresses the numbers boom 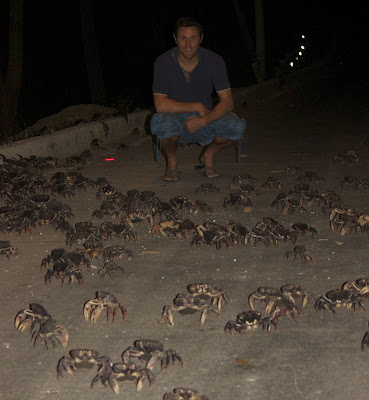 The high curbstones provide yet another obstacle 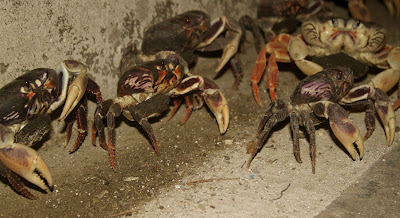 Although called black their shells are more of a deep purple 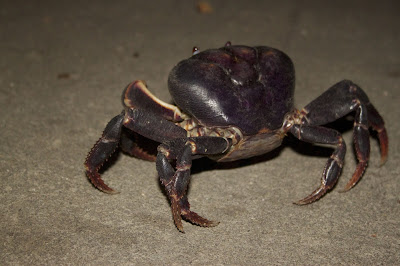 8 legs is an advantage for climbing 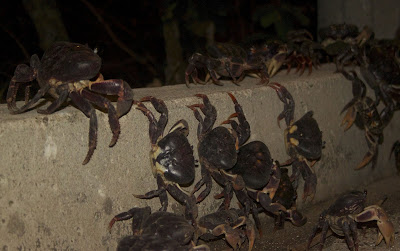 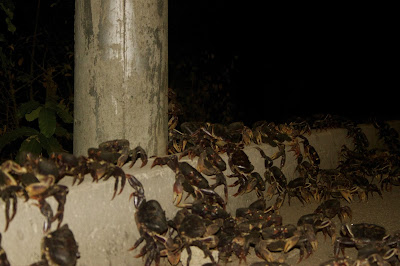 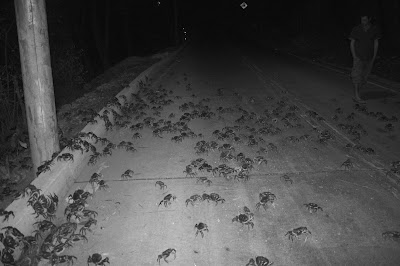 This one is definitely confused 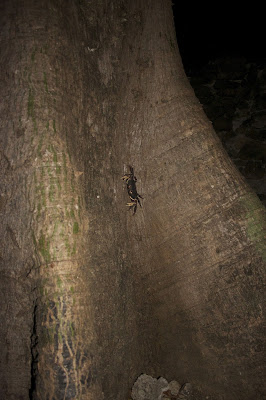 They swarm around and into any building in their way 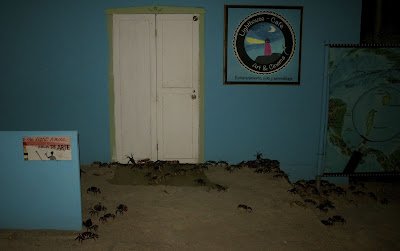 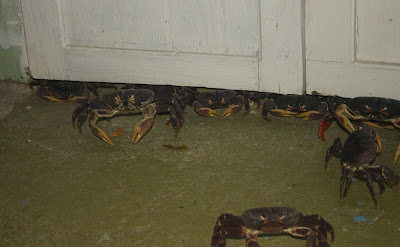 A chance meal for the long return trip 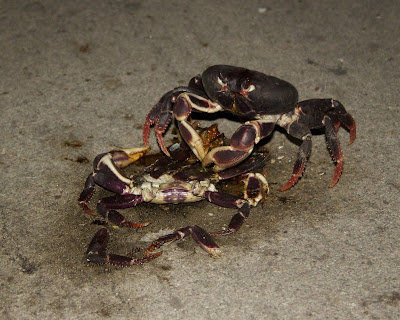 Although this one may have just fainted! 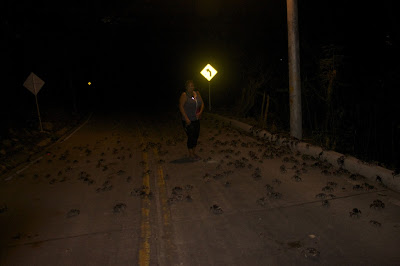 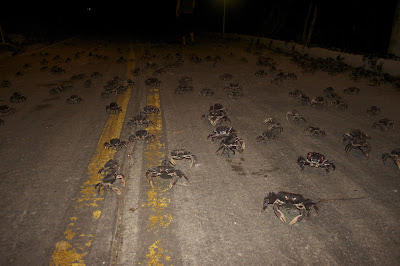 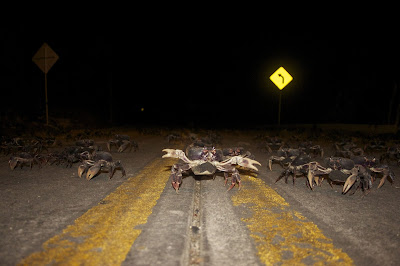