Galapagos Beneath the Waves

The Galapagos Islands and their surrounding waters form an Ecuadorian province, a national park, and a biological marine reserve. The islands are famed for their vast number of endemic species and were studied by Charles Darwin during the voyage of the Beagle. His observations in the Galapagos contributed significantly to the inception of his theory of evolution by natural selection.

We flew from Quito via Guayaquil to Baltra Airport and spent a few days enjoying the island of Santa Cruz, with its Giant Tortoises, friendly sea lions, Land Iguanas, Blue Footed Boobies and much more.

We then joined the live aboard dive boat Nortada for a week of diving in the northern islands of the archipelago. The 8-berth boat, with 7 crew, only had four guests that week including us! Our dive buddies for the week were Felix and Shiling from Singapore who we instantly hit it off with.

Our week long cruise took us first to the island of Isabela where during the night we could see the glow of Wolf Volcano erupting on the northern tip of the island. Unfortunately the cloud rolled in so no dramatic pictures were caught, however plumes of steam and smoke could be seen rising high into the stratosphere.

We did three dives during the day at Isabela. The visibility wasn’t great but we saw plenty of white tip reef sharks, lobsters, snapper, hogfish, green turtles and even a sea lion came for a quick play.

We got on really well with the crew and our dive buddies. As there are only 4 of us we invited the crew of 7 to join us for meals in the saloon rather than eating on the cramped bridge or their quarters. This worked well as there was good friendly banter between crew and guests, although our guide, Patricio, had to do a lot of translation. The captain Pietro, Chef Francisco and barman Jerry spoke a little English but engineer Carlos and deckhands Aureilio and Pablo spoke only Spanish which forced us to improve our Spanish.

Once we’d finished our dives the boat set sail for the northern Galapagos Islands of Wolf and Darwin. It was a very rocky night but we awoke moored on the south side of Wolf Island. We were surrounded by Red Footed and Nasca Boobies, Frigate Birds and Swallow Tail Gulls – the only true nocturnal gull. The occasional lost Pelican and Blue Footed Boobie appeared along with Fur and Galapagos sea lions on the rocky shore and playing in the water – pure paradise.

There was a lot of swell and chop, which made getting into the tenders all kitted up in our scuba gear a tad tricky, but once we had descended to 10 metres it was pretty calm. Within minutes we saw schooling hammerheads, along with trevally, pacific sierra, black skipjack and green turtles. On the second dive we saw bottlenose dolphins but they didn’t want to play. Once we were out of the water however they accompanied our tender all the way back to the boat giving us underwater and aerial displays.

Our third dive of the day was a wall dive with a number of shallow caves to explore. We found 3 whitetips resting in a cave, outside were a number of hammer heads and towards the end a pod of around 25 dolphins came to say hello, one swam upside down, showing off to us all, and one approached me really close for a little look!

At the end of the dive we explored a cave (old lava tunnel) in the rib and swam in its dim waters. At the cave entrance three sea lions joined us for a play and chew on Felix’s camera! It was wonderful to play and dance with them under the water, they moved like lightning, twisting and turning showing off their flexible acrobatic skills!

We spent the next few days diving at Darwin and Wolf islands. Darwin was a disappointing because of poor visibility but we still saw the odd shark and plenty of fish. Wolf however always delivered something, hammerheads, turtles, eagle rays and plenty of sea lions.

We returned to Santa Isabela via Bartolome Punta and Roca Cousin to do some land visits, getting close to the Blue Footed Boobies and Frigate Birds who, like all Galapagos animals, have little or no fear of people.

A big thank you to Felix and Shiling for their pictures and awesome underwater videos.

It was a fantastic week, jam packed with activities and 17 dives, and one we are looking forward to repeating as soon as we can. The Galapagos Islands provide a window on time. In a geological sense, the islands are young, yet they appear ancient.

A collation of clips from our time beneath the waves 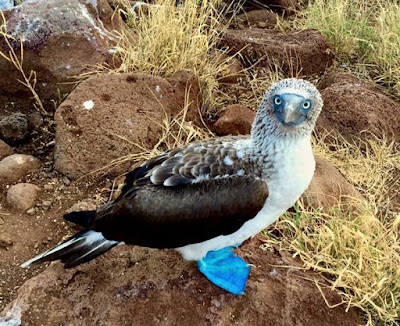 Our route took us from the central island of Santa Cruz, along the east coast of Isabela and up to the far North Western islands of Wolf and Darwin 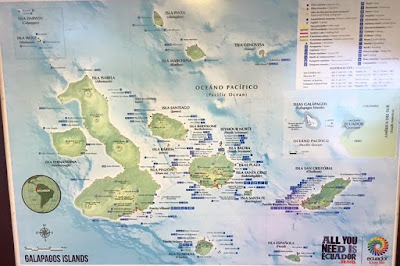 Sunset with Darwin island in the background 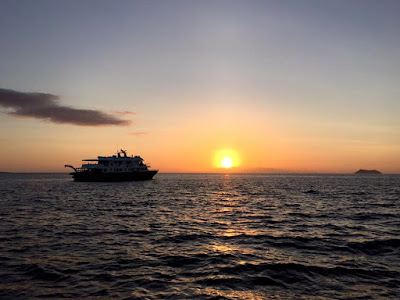 Getting into the tenders is tricky work once your all kitted up. Here we are going for a dive with the Captain Pietro 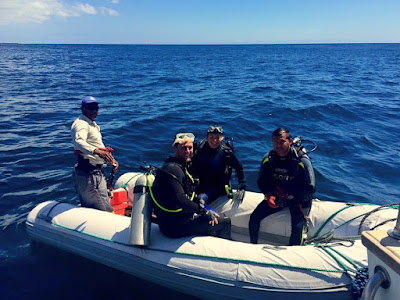 With Felix and Shiling our dive buddies 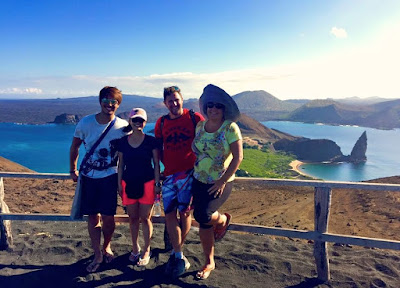 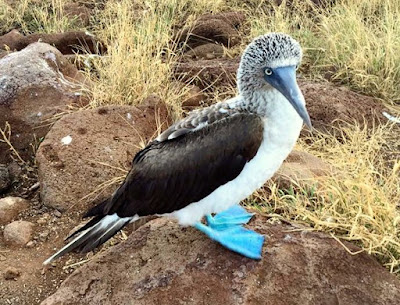 The sea lions were pretty obstinate and would have to be persuaded to leave their sunbathing spots on the jetties so we could disembark! 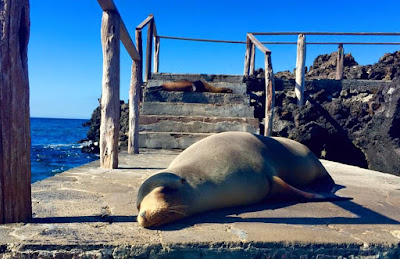 Watch out for falling pumice from Wolf Volcano! 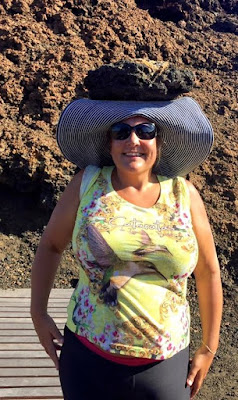 Giant tortoises on Santa Cruz migrate each year from the grassy highlands down to the coast to mate and lay their eggs. This can take 6 months for a round trip of around 30 miles! 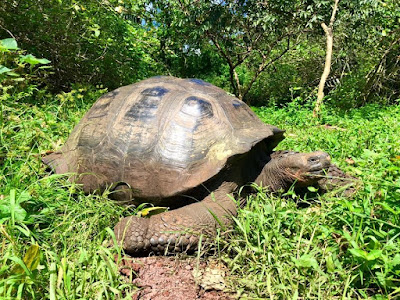 The crew and guests of the Nortada 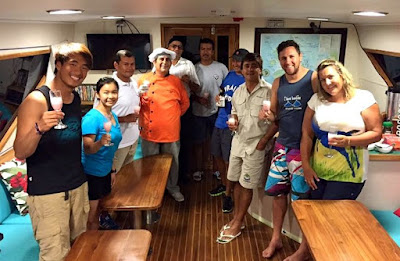