After the dizzying modernity of KL we were desperate for something a little quieter so took the train north along the Malaysian peninsula's west coast to the island of Penang and its capital George Town.

Early history of Penang includes Stone and Iron Age settlements and as far back as the 15th century it was known to Chinese seafarers as Betelnut Island but by then appeared to be uninhabited. The island was ruled by the Sultan of Kedah in the 1700s until the British East India Company took control in 1771 in return for providing protection to the Sultan's lands against Siam.

In 1786 Captain Francis Light renamed Penang Prince of Wales Island, as the acquisition was made on the Prince's birthday. So as to not upset the King (George III) he named the settlement George Town in his honour and various locations around the island after the Prime Minister and other notable dignitaries - a very diplomatic and entrepreneurial man.

When the locals he had hired for clearing the land for a fort and settlement began to slow at their task and progress almost halted, he loaded a cannon with silver pieces and fired it into the jungle. The pace of clearing accelerated ahead as every man went searching to claim his treasure.

Light permitted new arrivals to claim as much land as they could clear, and this, with a duty free port and an atmosphere of liberal tolerance, quickly attracted settlers from all over Asia. By the turn of the 18th century Penang was home to over 10,000 people.

Due to the liberal running of the island newcomers soon intermarried with the local Sumatrans, who arrived in the early 18th Century, and with each other. This was a melting pot of Sumatran, Chinese, Indian, Thai, Arabic, Japanese and European heritage, which has left a unique feel and look to the architecture, food and people of Penang.

We stayed a few nights in George Town taking in the street food, museums, beautiful churches, shop-houses and the old Clan Houses. These Clan Houses were established by Chinese settlers who wanted to create a social and spiritual place, where fellow settlers from their own region or family could meet, introduce newcomers, provide lodgings and practice their same traditions.

Over time many of these clans (known as Secret Societies by the British) became prosperous and this was reflected in the grandeur of the house and associated temple, becoming more and more ornate. Due to this rivalry Penang has the greatest concentration of Clan Houses outside of China.

George Town is full of unique Georgian architecture, surrounded by Indian and Chinese influences. Many of these older structures were falling into decay but thanks to its UNESCO World Heritage status these are now being rescued and turned into boutique hotels, restaurants, apartments and shops.

It's a fantastic place to wander the streets, browse the shops, take in some street food, or drink coffee in modern Bistros, as long as you can cope with the 40C heat! 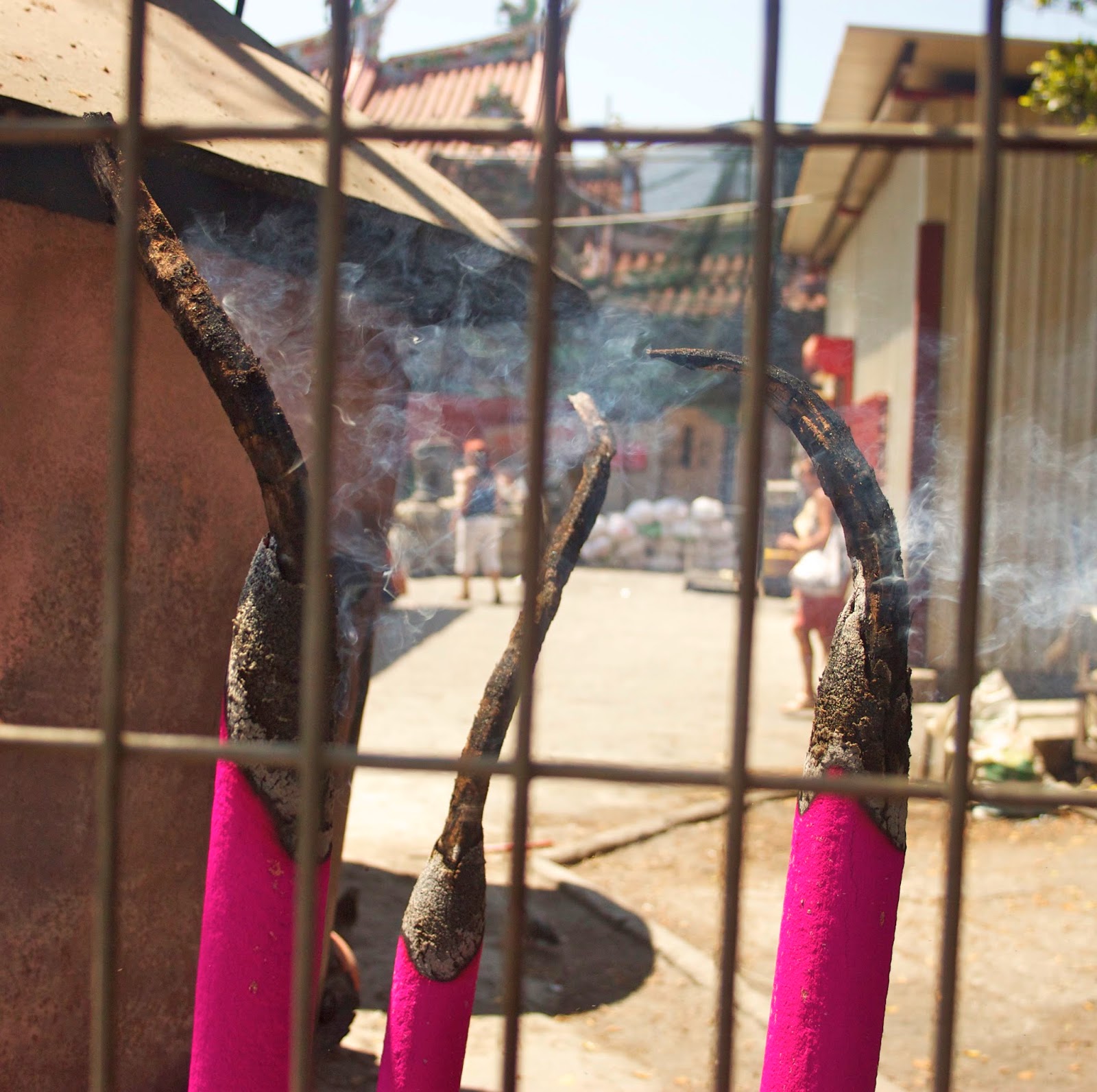 The Penang Museum provides 2 floors of fascinating artefacts tracking the history of Penang from Stone Age Man through to the independence of Malaysia. Below a rather fetching opium bed 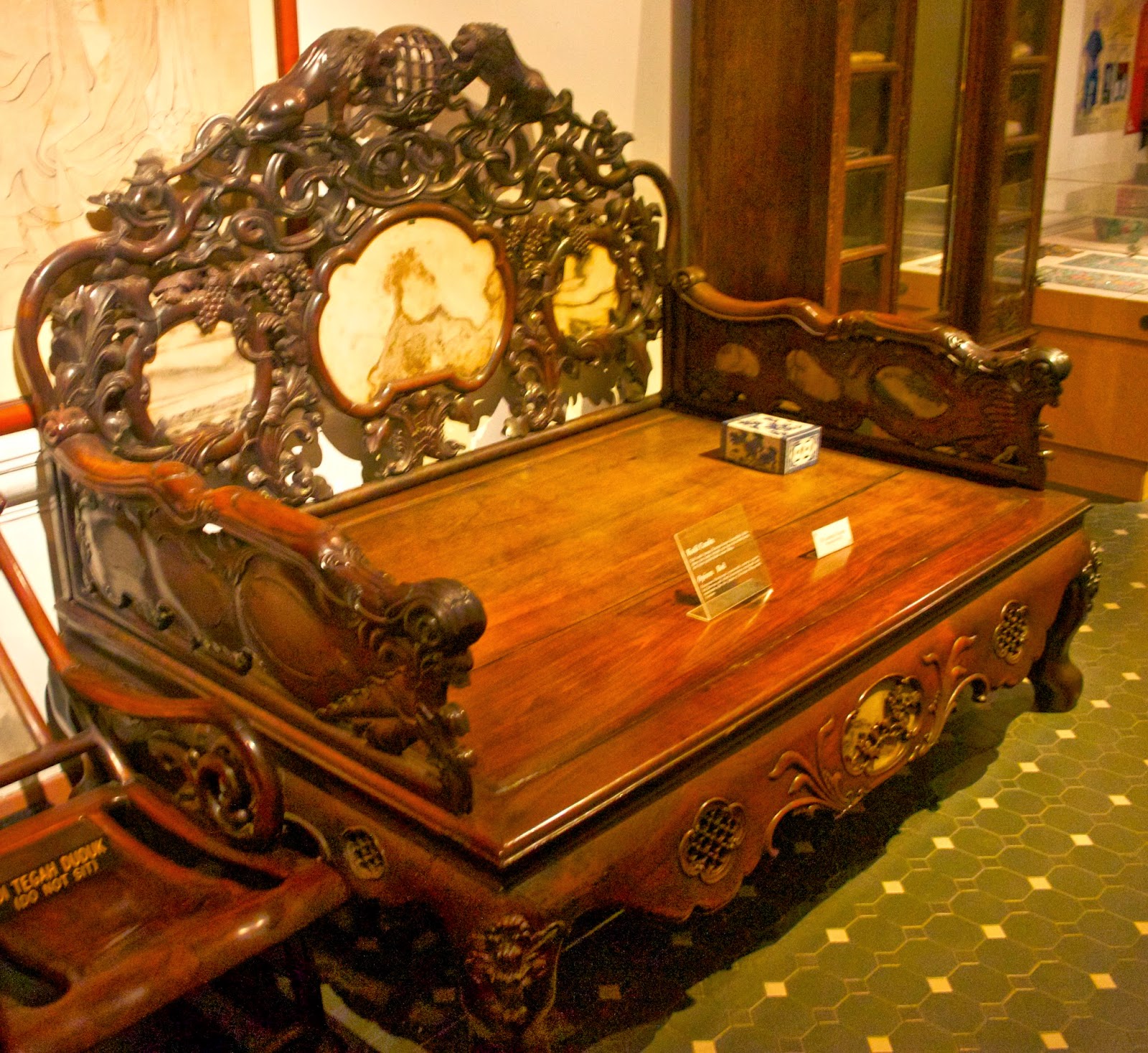 And a demonstration of how it works 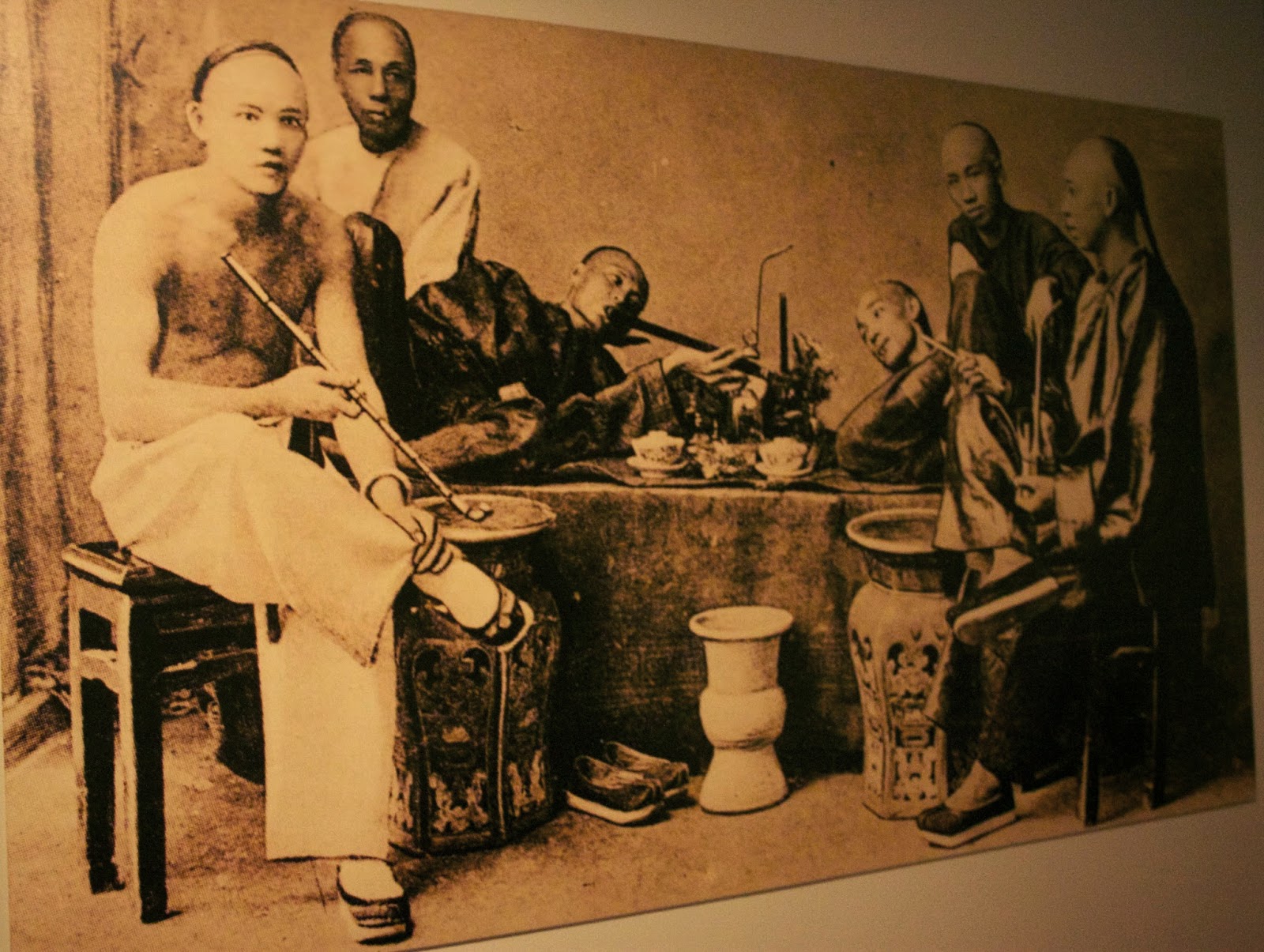 The bridal bed for a Nyonya wedding, richly carved in soft namwood and covered in red leather and gold leaf. The focus of attention for any Baba Nyonya wedding. 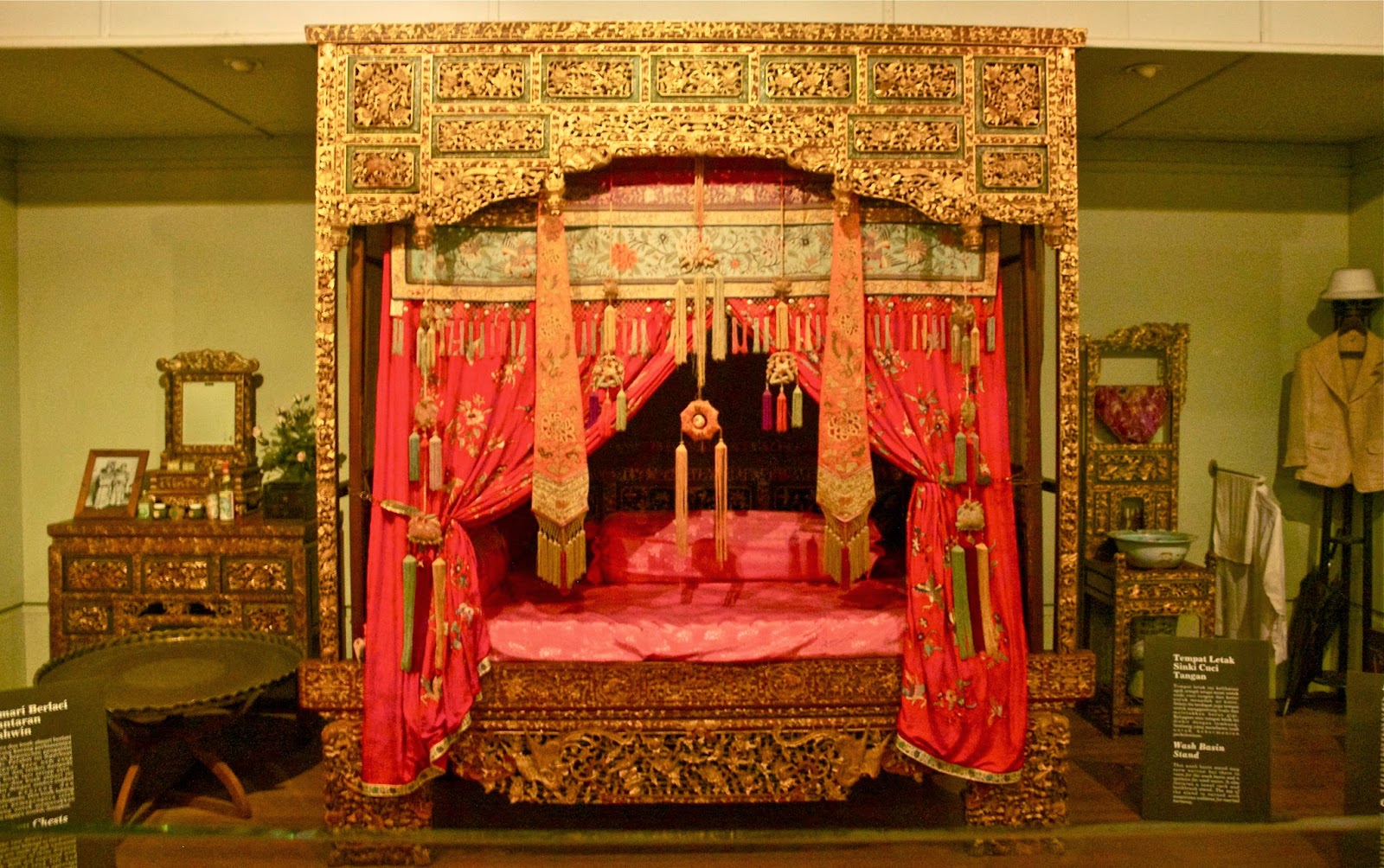 Complex rituals filled the life of the Baba Nyonya, none more so than the wedding ceremony. Weddings lasted 12 days, with detailed rites, such as the hair combing ceremony, being strictly observed. The happy couple below in their Manchu inspired, rich clothing. 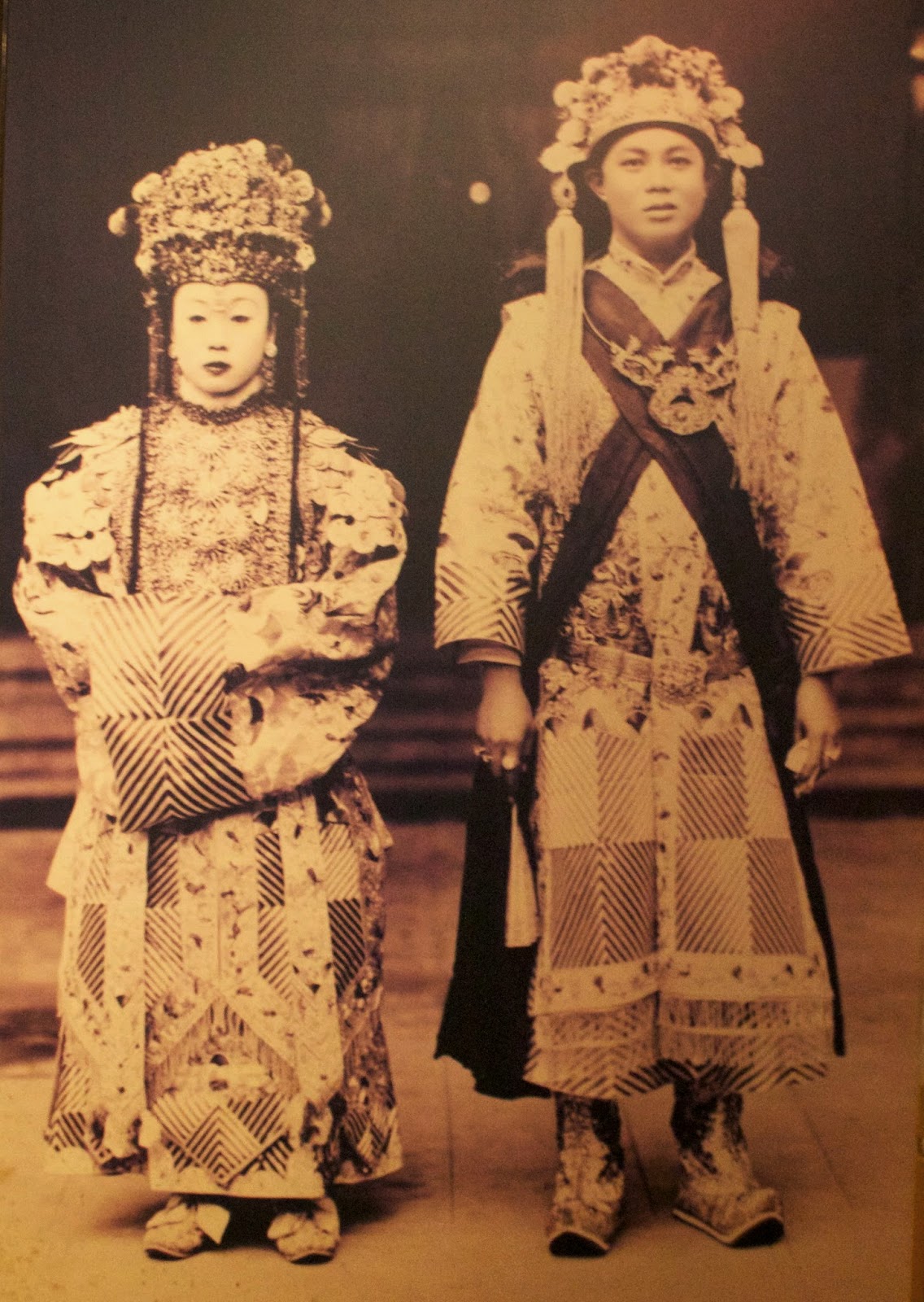 The tin ingots in the shape of animals have a constant weight and were used for all major transactions in bazaar as a form of currency from the 16th century. Animal weights have been used since the ancient Egyptians and Persians, and the Malays would have been familiar with them through the opium trade with Burma and Siam. 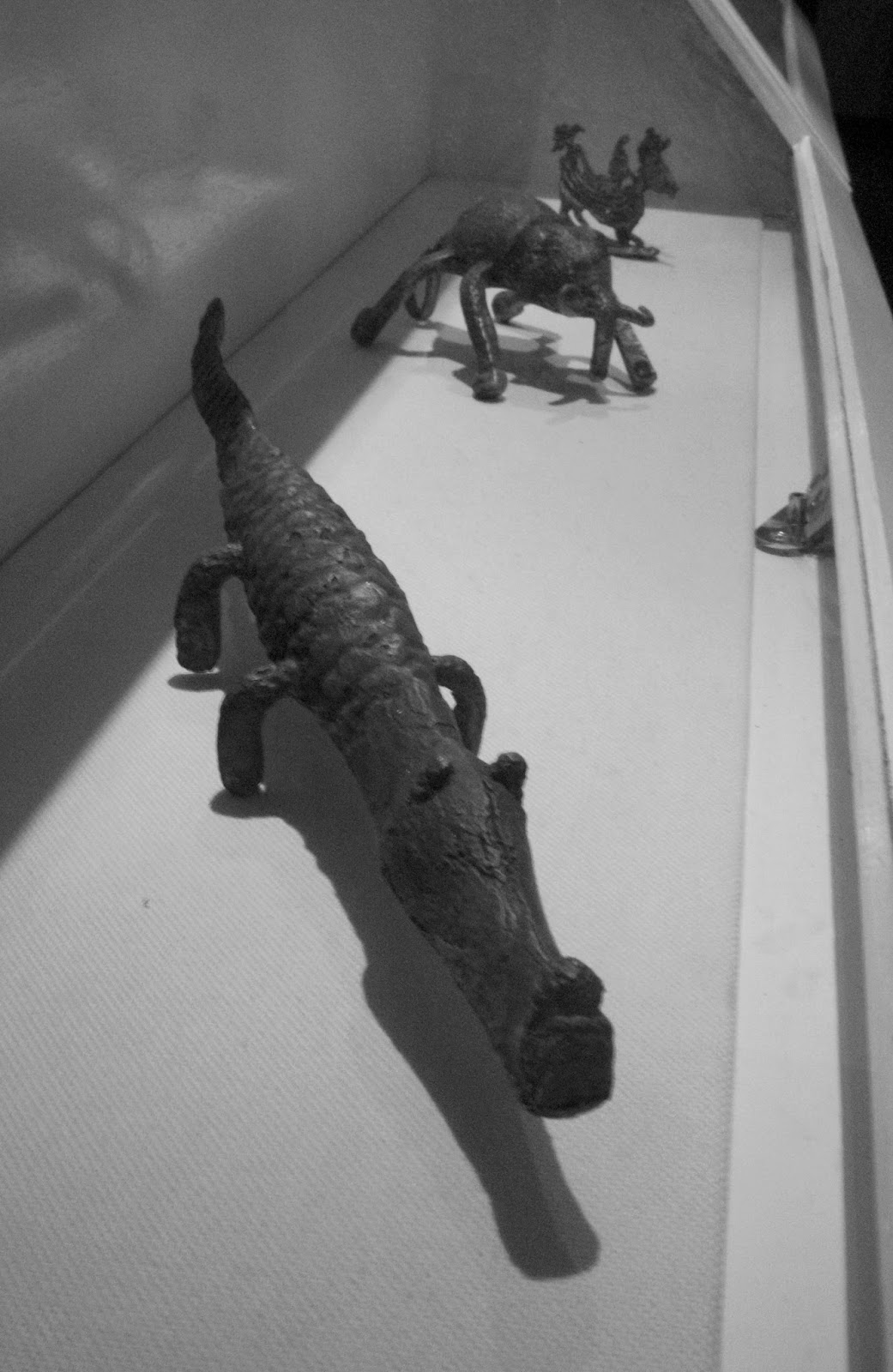 Fort Cornwallis, named after the famous Charles Cornwallis best known for surrendering to George Washington at the Battle of Yorktown effectively ending the American Revolution. I guess the fort was named before that auspicious occasion! 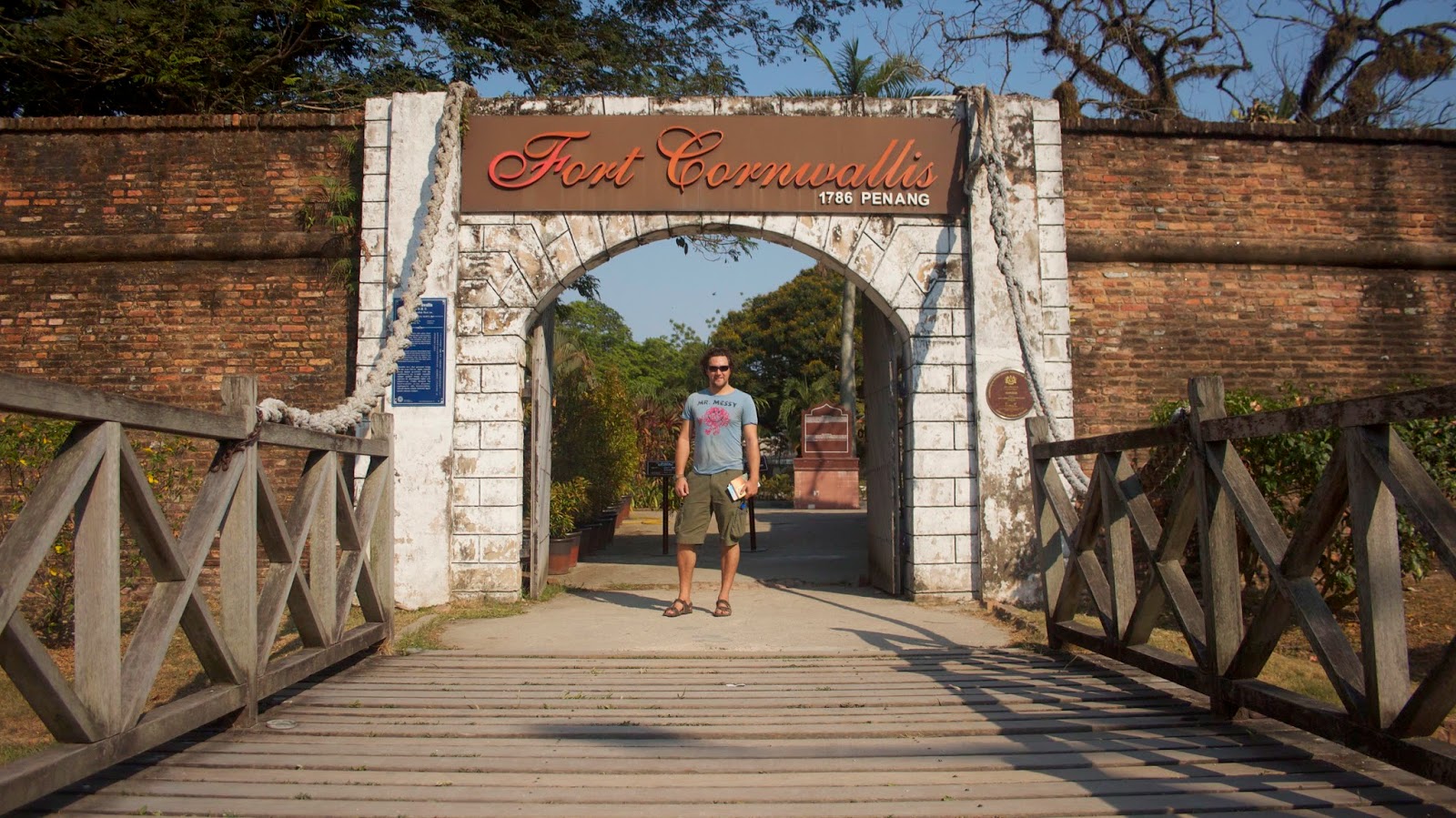 Inside the splendour of Pinang Peranakan Mansion, which belonged to a 19th century Chinese (Baba-Nonya) merchant. Every surface is covered in gold, carvings, paintings, porcelain and rich fabrics. 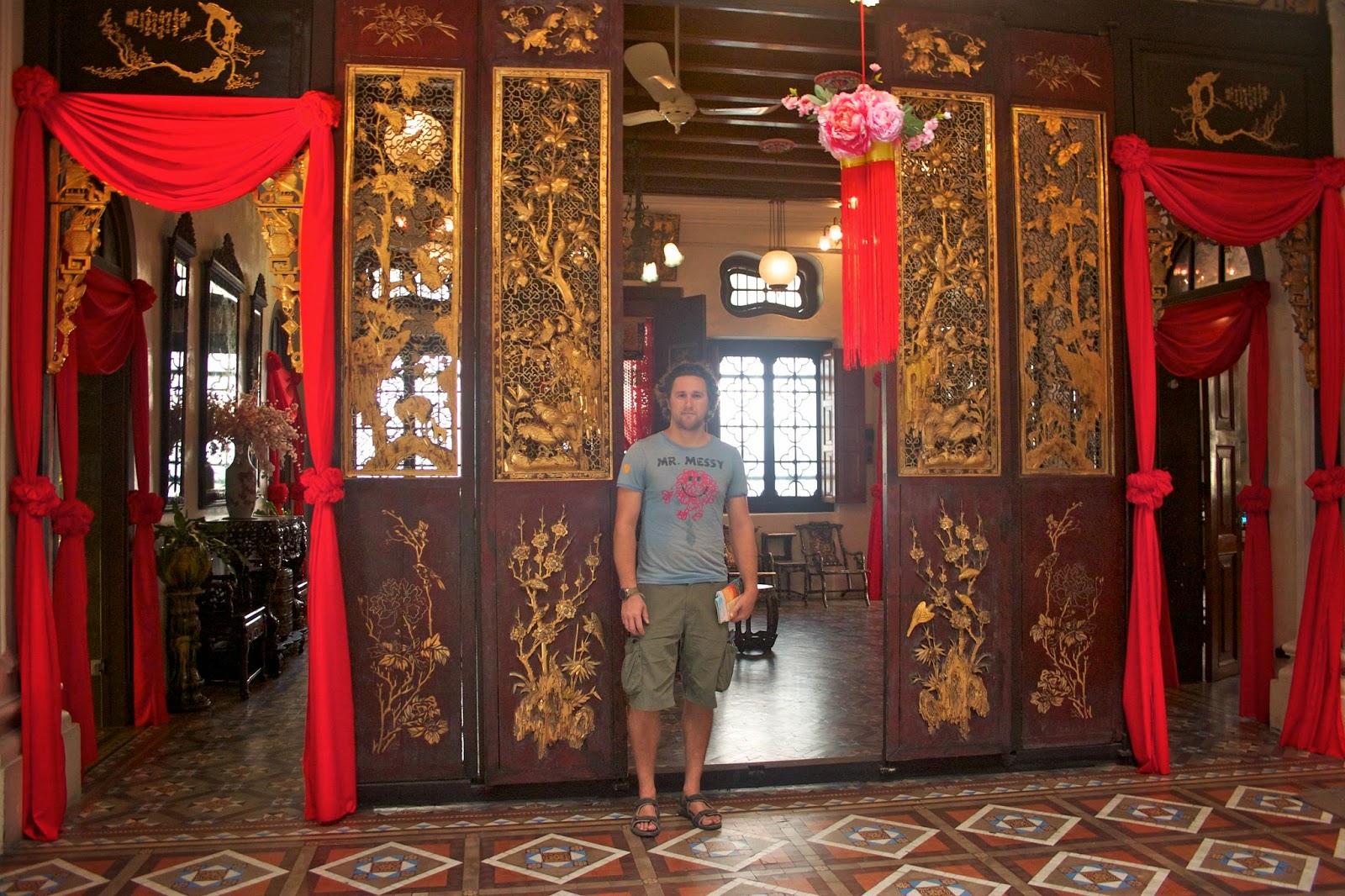 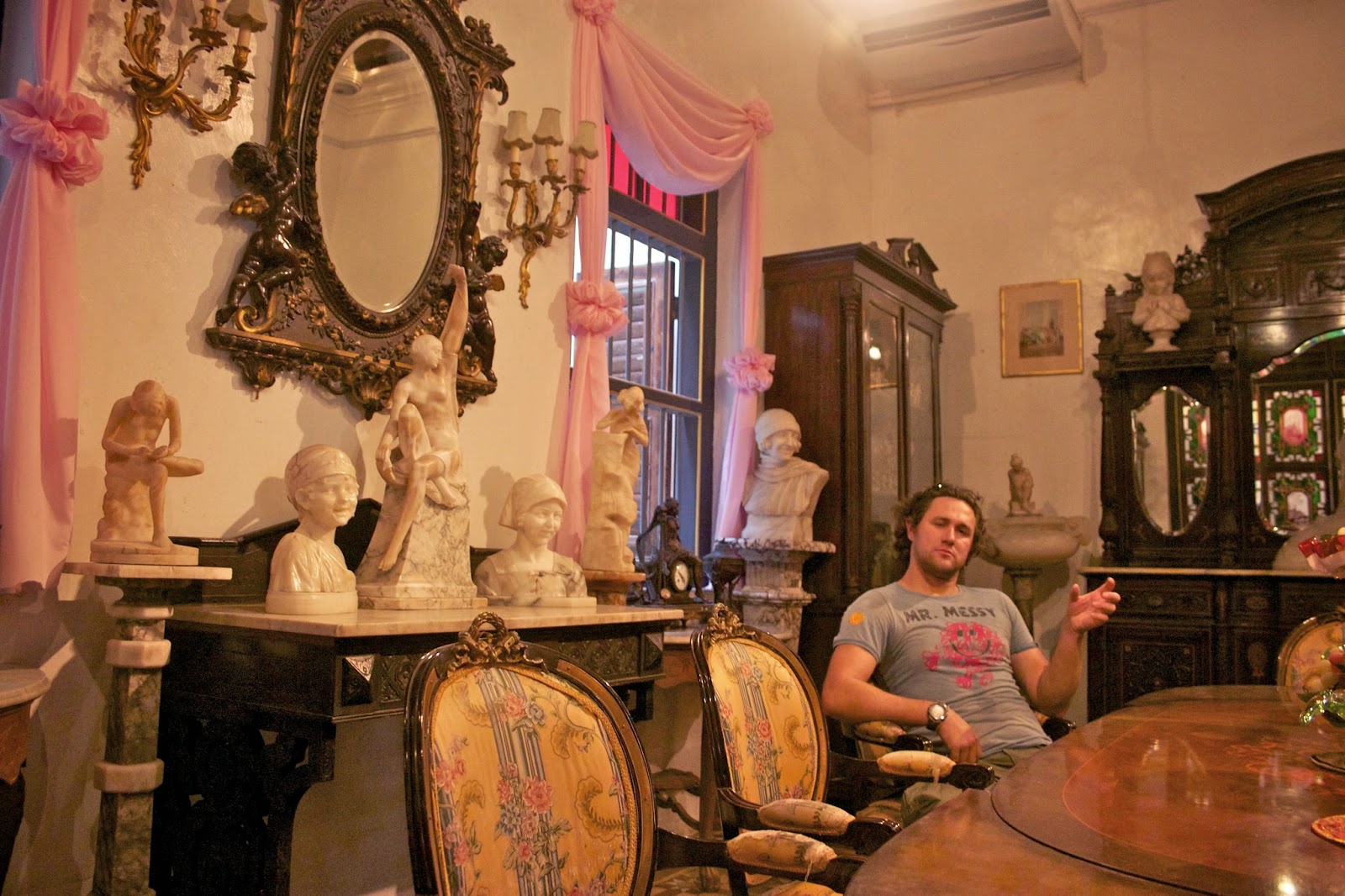 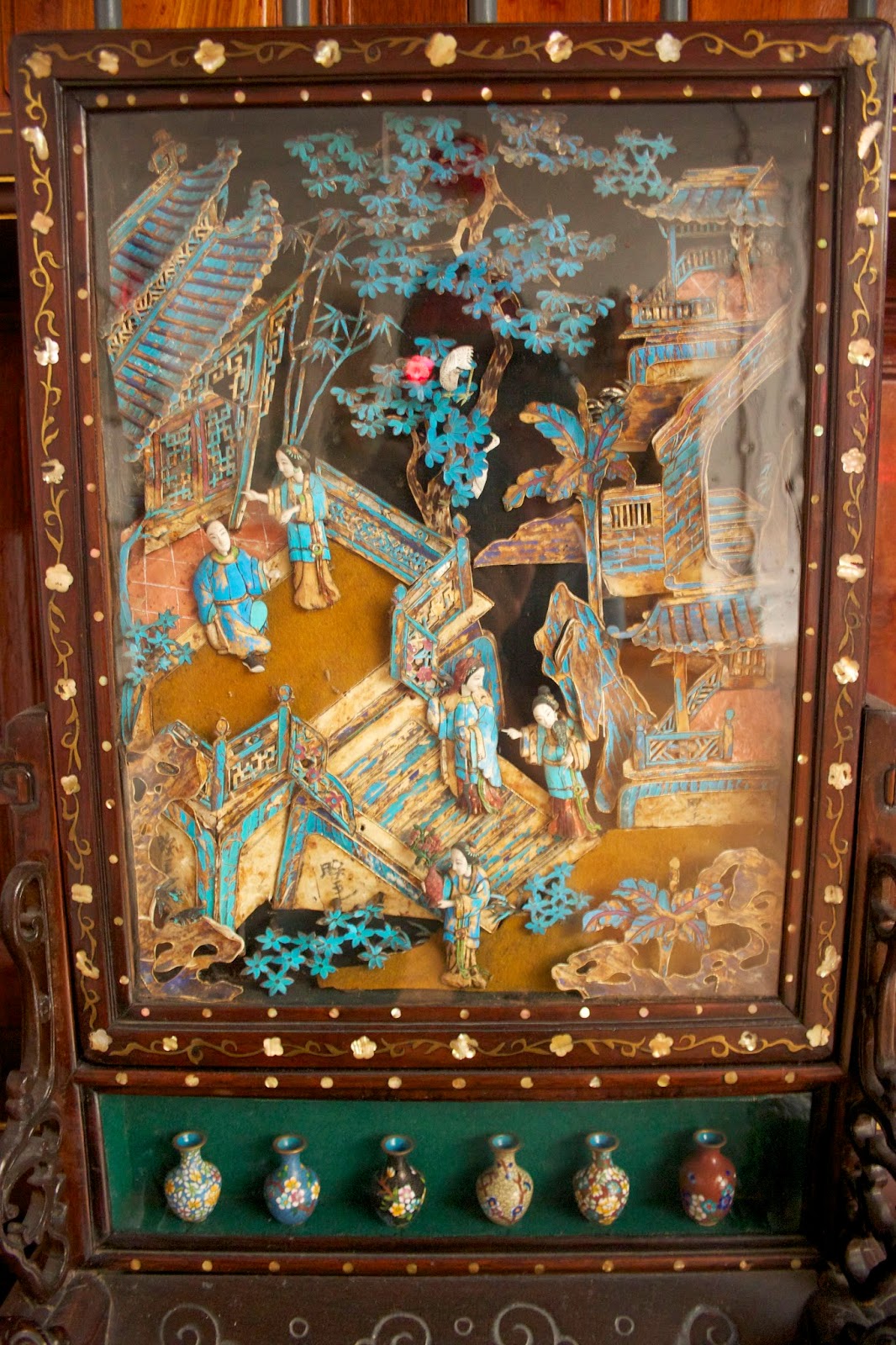 Chung Keng Kwi Temple and Clanhouse next door to the mansion 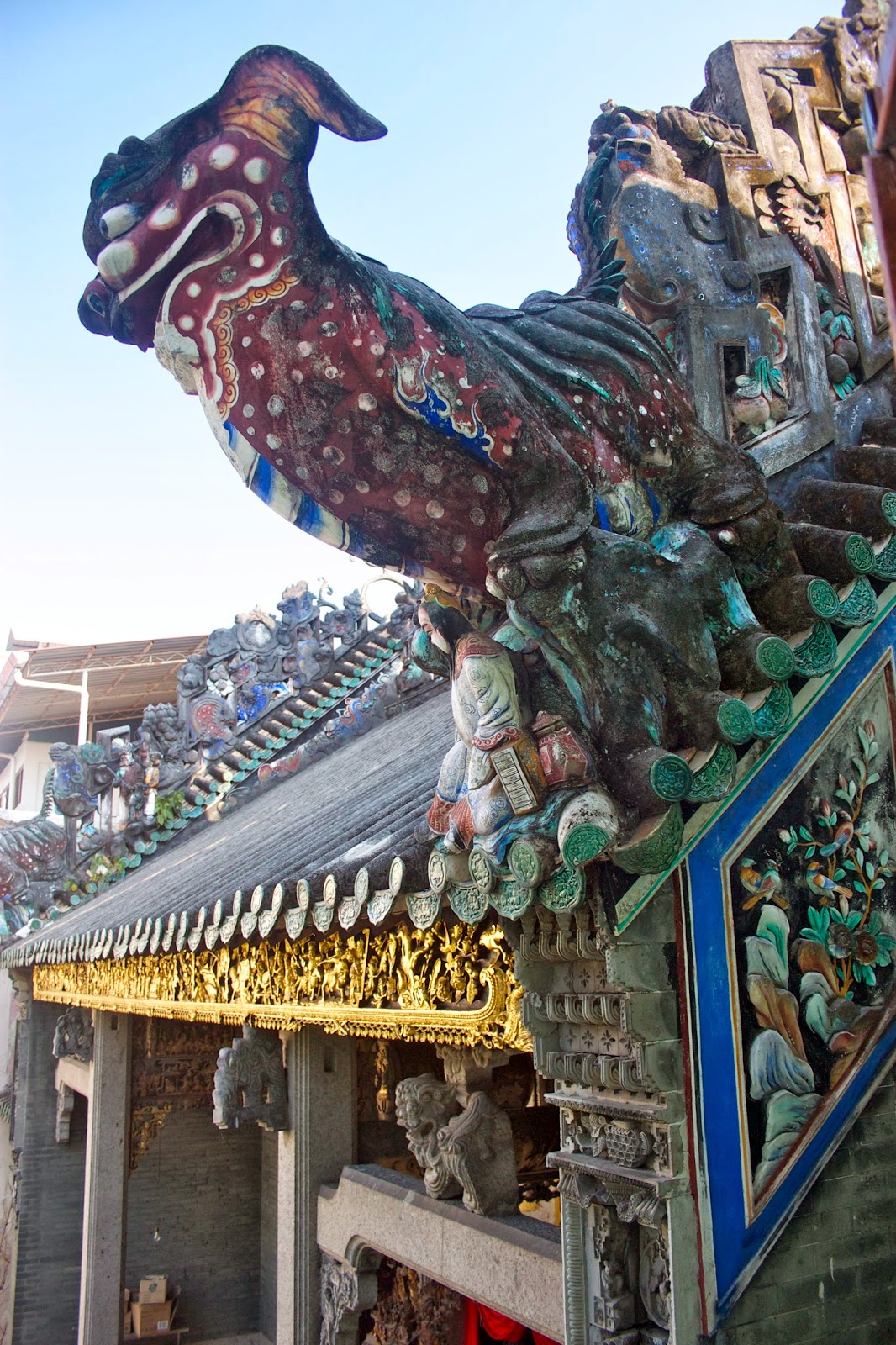 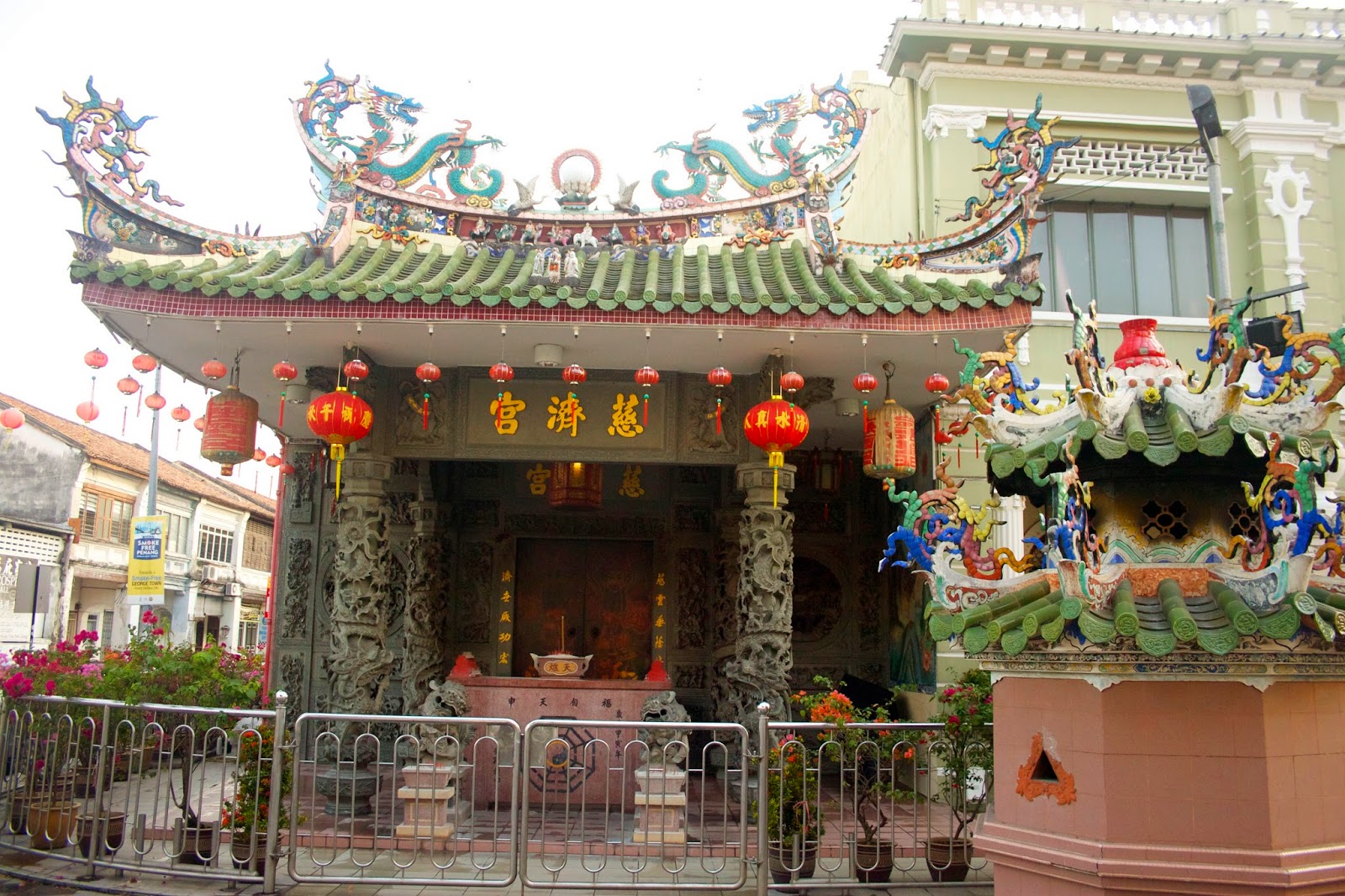 Sampling some of George Town's most famous attraction - its street food. It's a blend of Malay, Indonesian, Indian and Chinese cuisine with the odd bit of Thai and Sri Lankan thrown in for good measure. Fancy Mutton Biryani, Tandoori Chicken, Rotti and Curry Sauce all for about £2?! 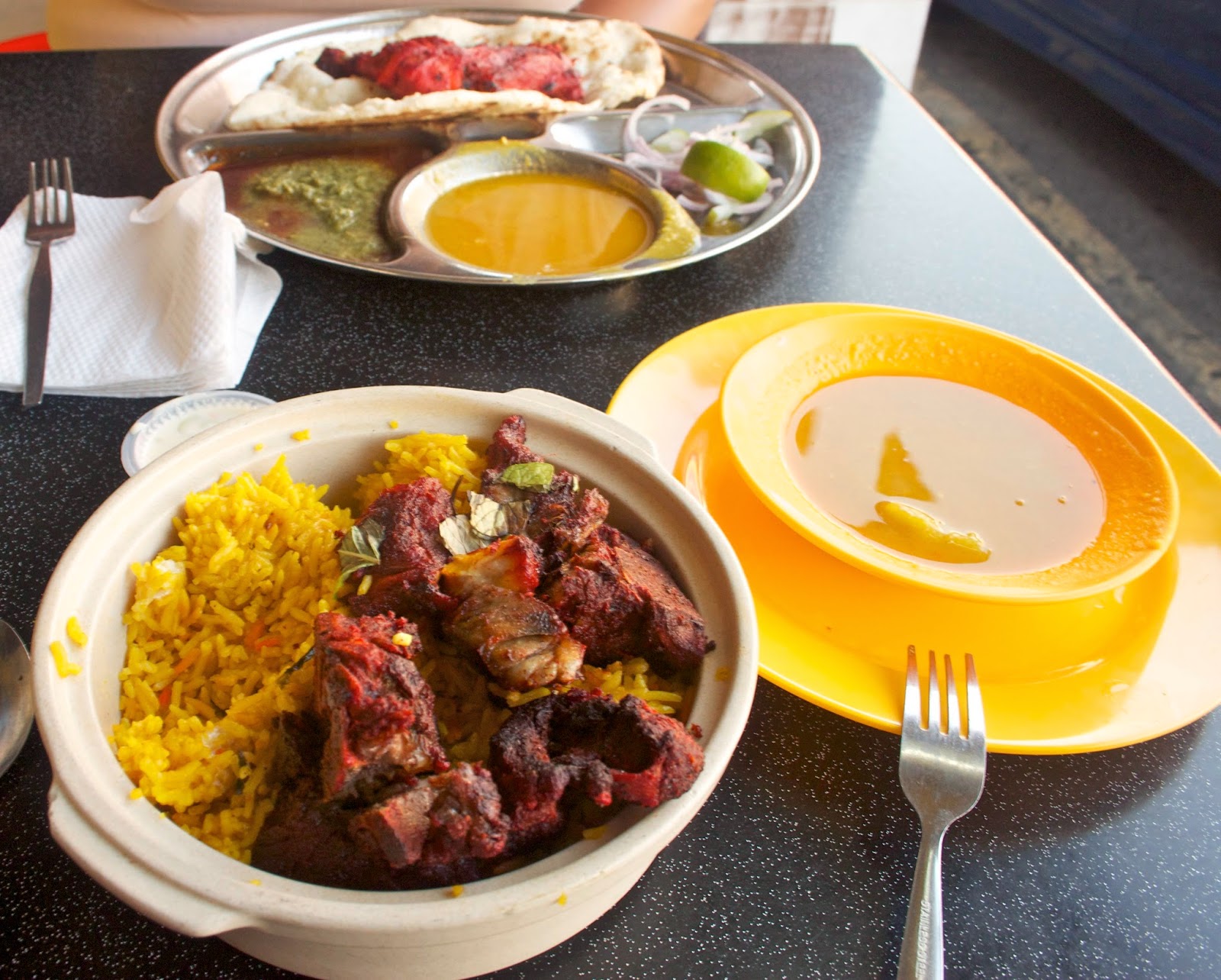 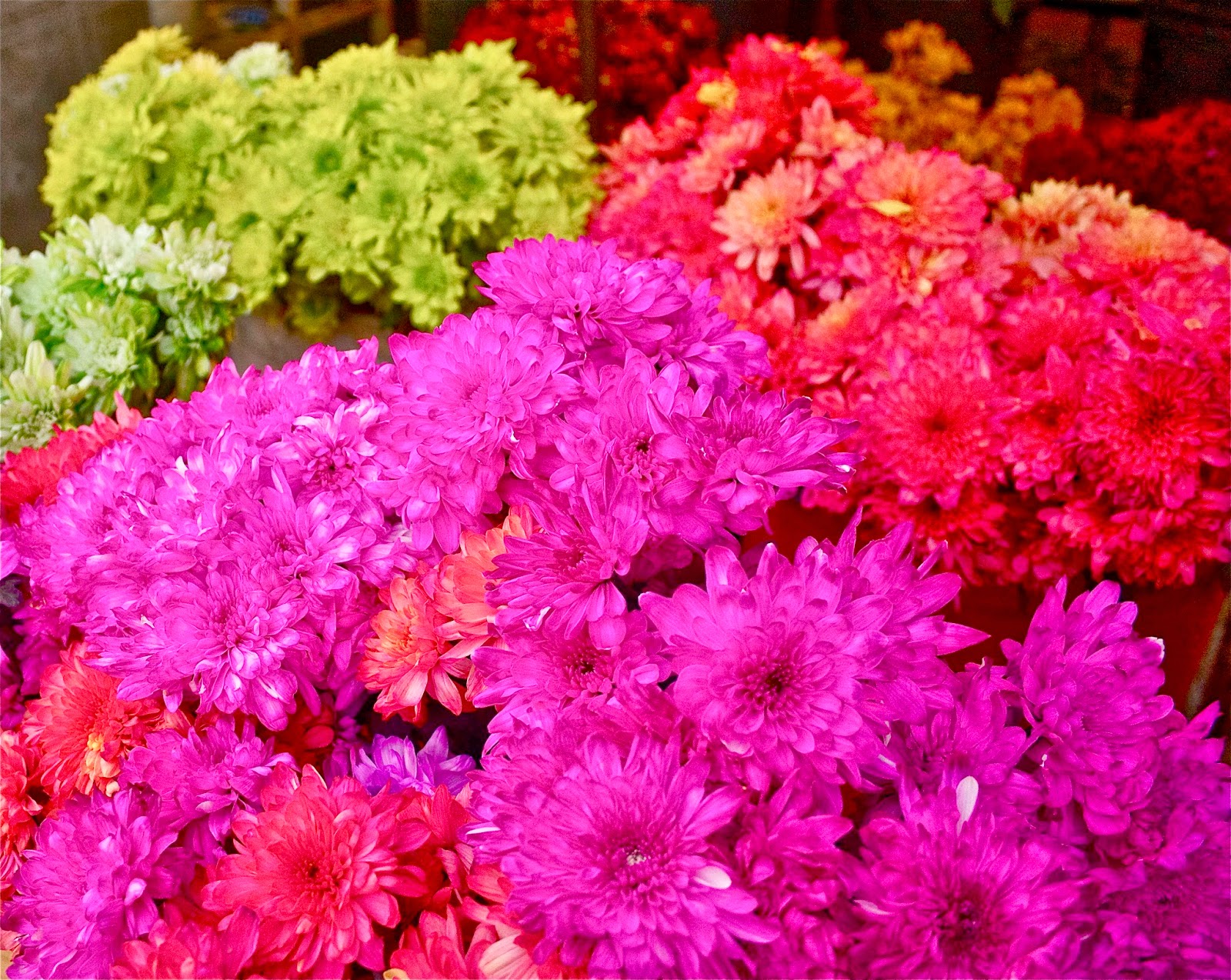 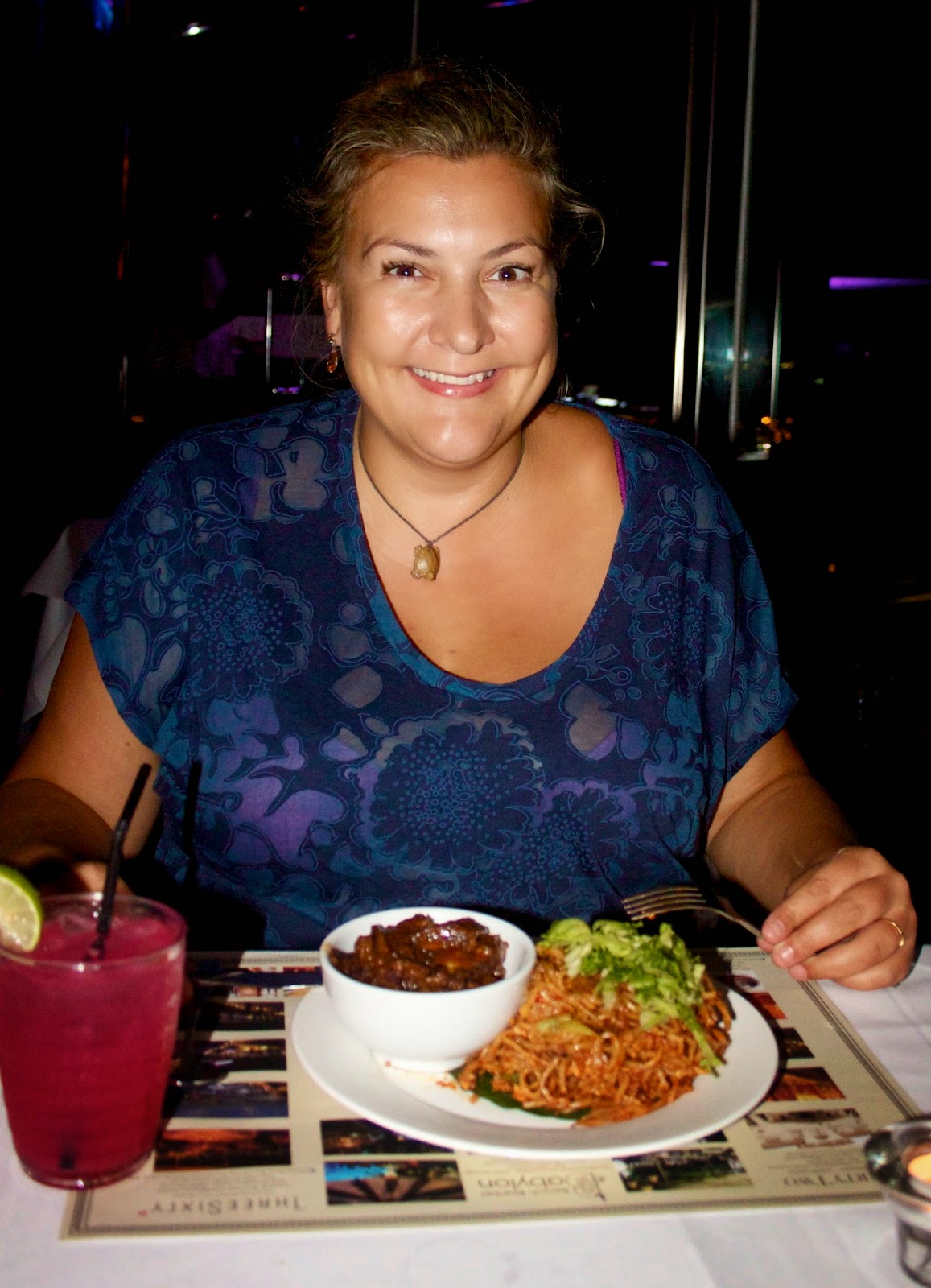