Chris had been keen to sample some bush tucker. The tour in Kakadu was cancelled due to the hot weather, but we were luckier in central Australia. We went on a bush tucker tour to learn a little about the different edible plants and animals around the Uluru countryside. Whilst to our Western eyes the landscape looked pretty stark, to the nomadic Anang people it is a plentiful environment.

Bush food can be crudely separated into two majors groups: ‘Mele’ which is collected by the women and includes all vegetarian food and medicines such as seeds for flour, nuts, leaves, grubs and ants. The woman would also collect small animals, like snakes and lizards. The Mele we ‘found’ included Woolly Butt grass seeds, which would be collected and ground into a flour. It must have been tedious work, they’re the size of poppy seeds and you would need a good bowl full to make even a slice of flat bread.

The Wichetty Bush, is a type of Mulga whose roots often contain the wichetty grub (a moth larvae). We had really looked forward to tasting a fresh and raw wichetty grub, but unfortunately non were available. It apparently tastes a bit like peanut butter scrambled eggs!!

We were told about the honey ant whose abdomen fills up with the sweet sap that it gets from the roots of a different mulga bush. You can suck off the abdomen to get a sugar buzz.

We learnt how they would only collect some of the seeds, or grubs, ants etc so as to leave enough to reproduce so that the food source would be sustainable. Pretty smart thinking for folks 30 thousand years ago.

The larger animals were hunted for meat by the men. Meat was only hunted for the day it was needed as it could not be kept or stored. The spear tips, spear thrower and boomerangs were all made from Mulga, a hardwood, different to Kakadu in the north where they have ironwood. The Muga sap is a slight intoxicant; therefore the spear tips would have the benefit of drugging and slowing the prey down. That way they could catch it and keep it alive, only dispatching of it when the meat was needed.

We tried various bush foods, including 'bush tomatoes', Quandong or Native Peach and Native Plum. Many of these foods can now be found in high-class restaurants. Then we had a go at spear throwing, I’m glad we were not depending on catching a kangaroo for dinner!


A dish of grass seeds anyone? You need a lot of these to make flour 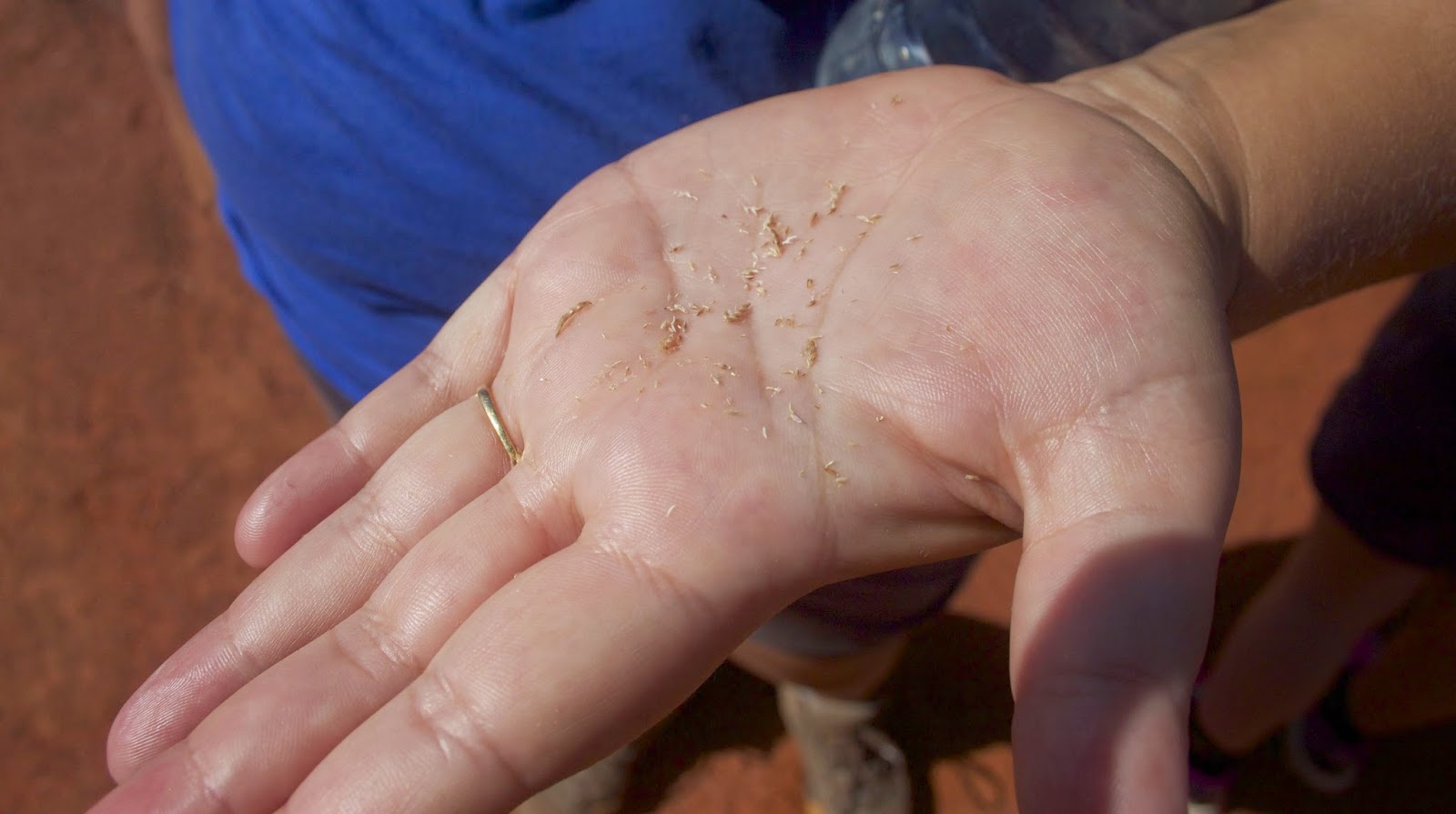 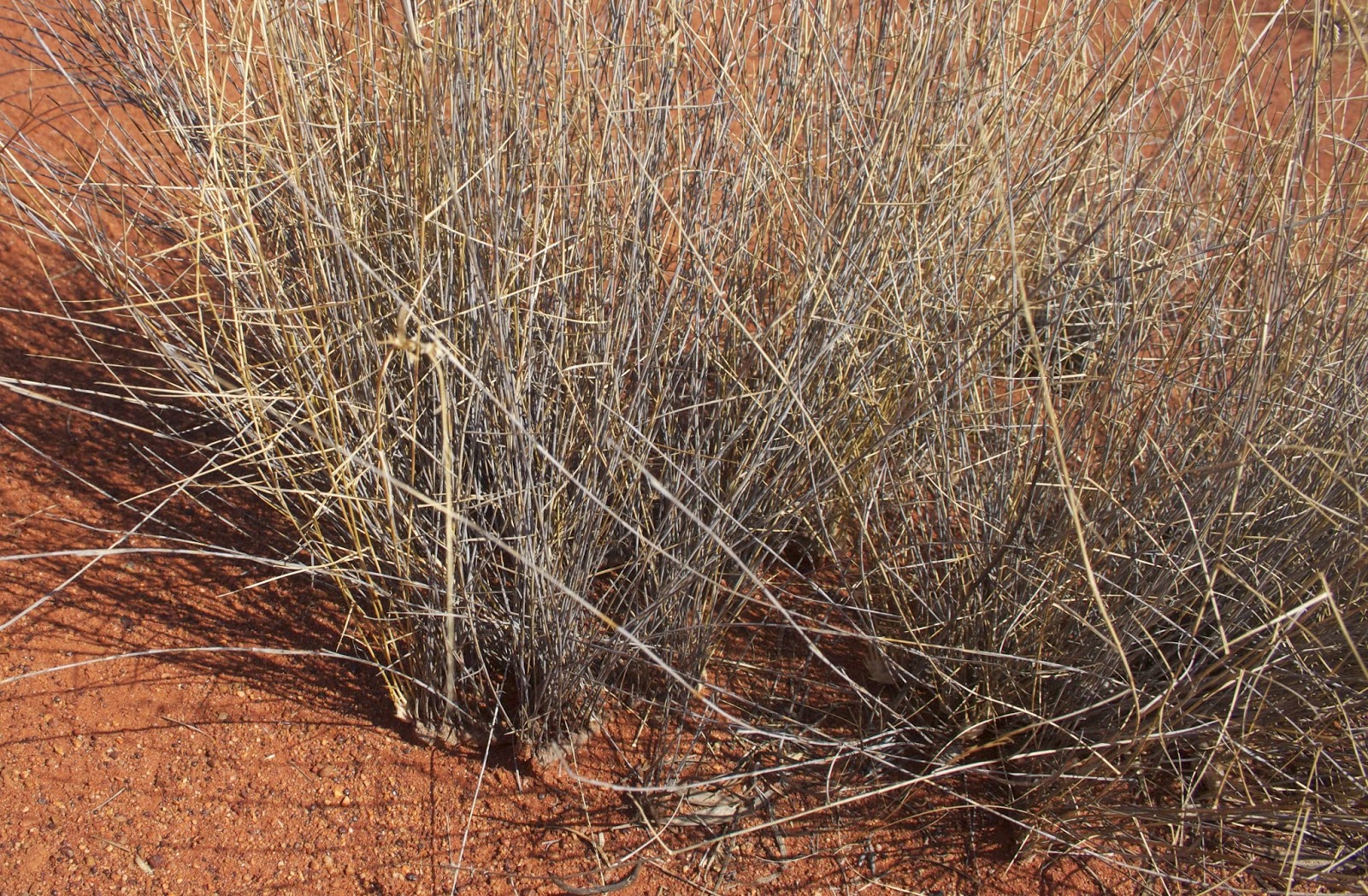 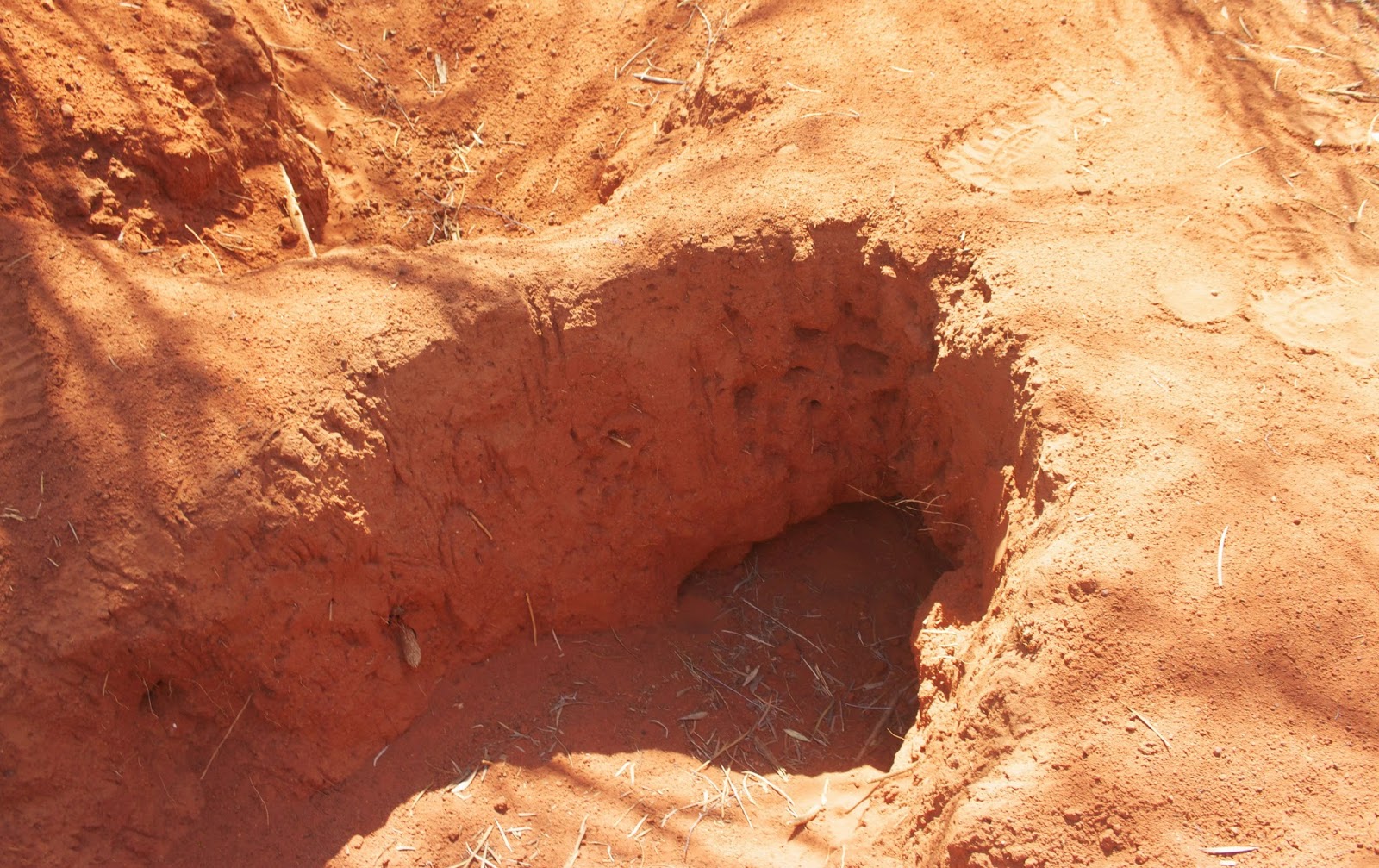 It looks like a birds nest but its really an ant nest and these guys have a painful bite so stay clear. The woven structure on the top is believed to help prevent flooding of the nest. 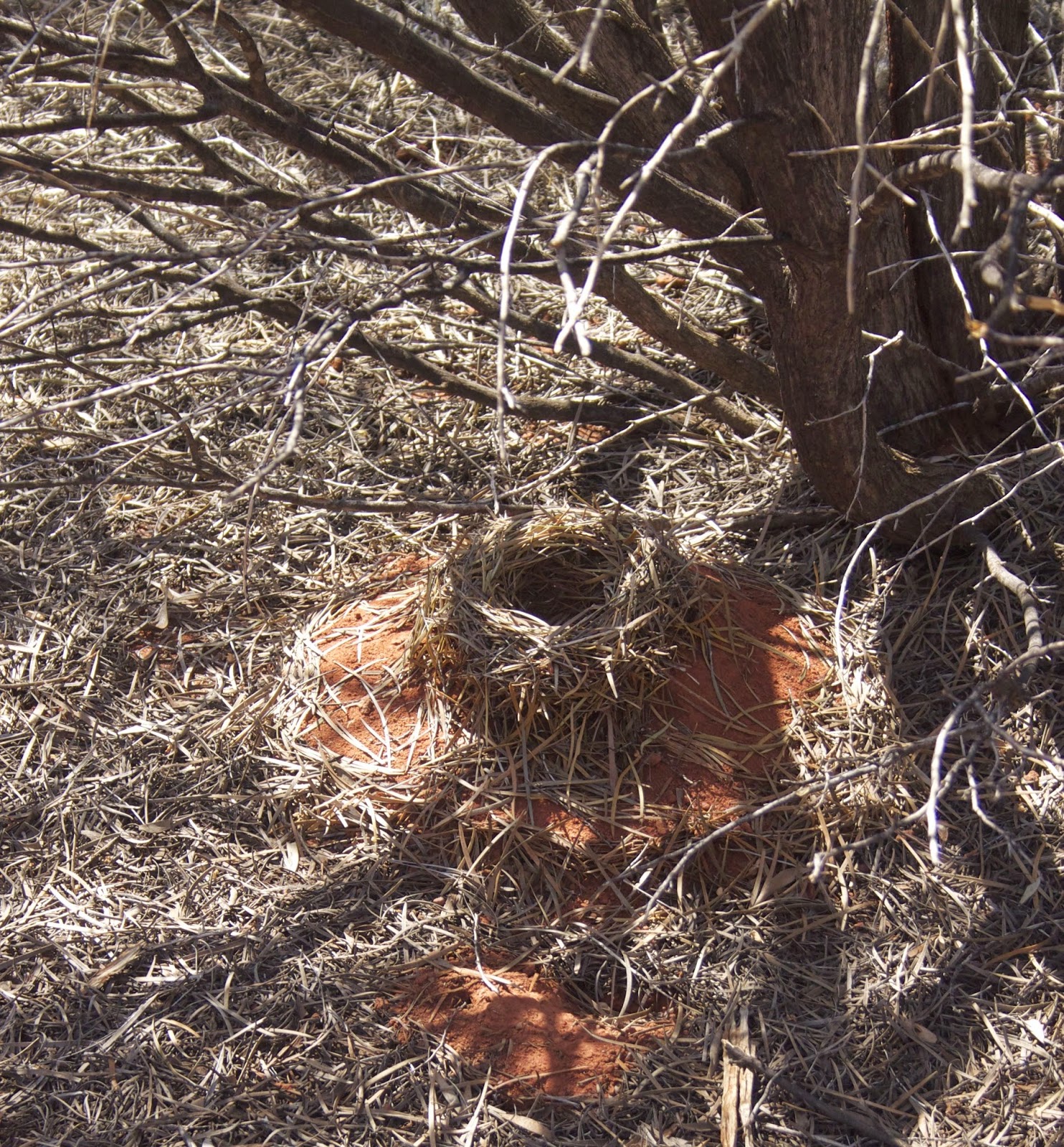 More wichetty grub hunting, note only digging around part of the tree to ensure its survival 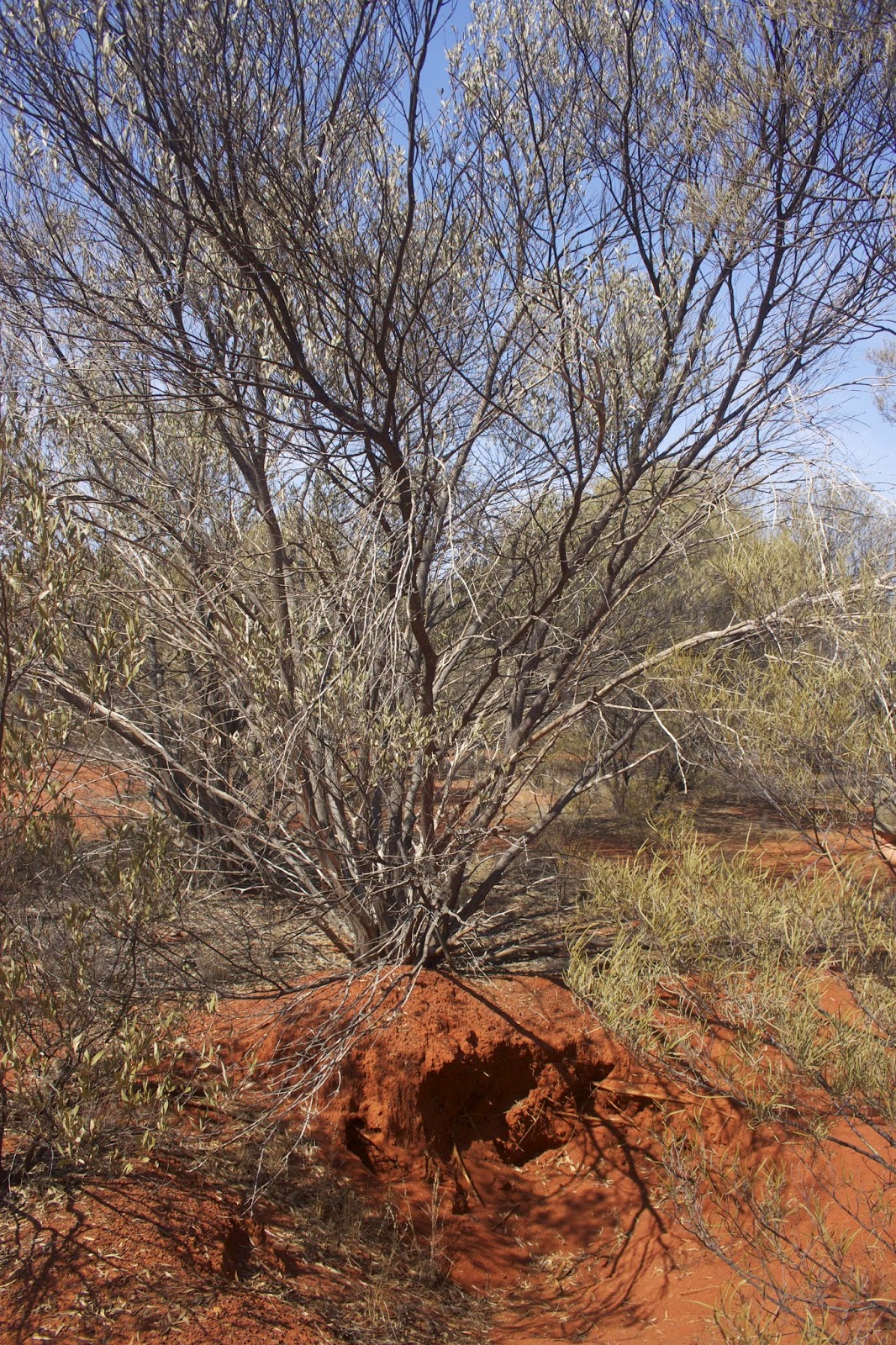 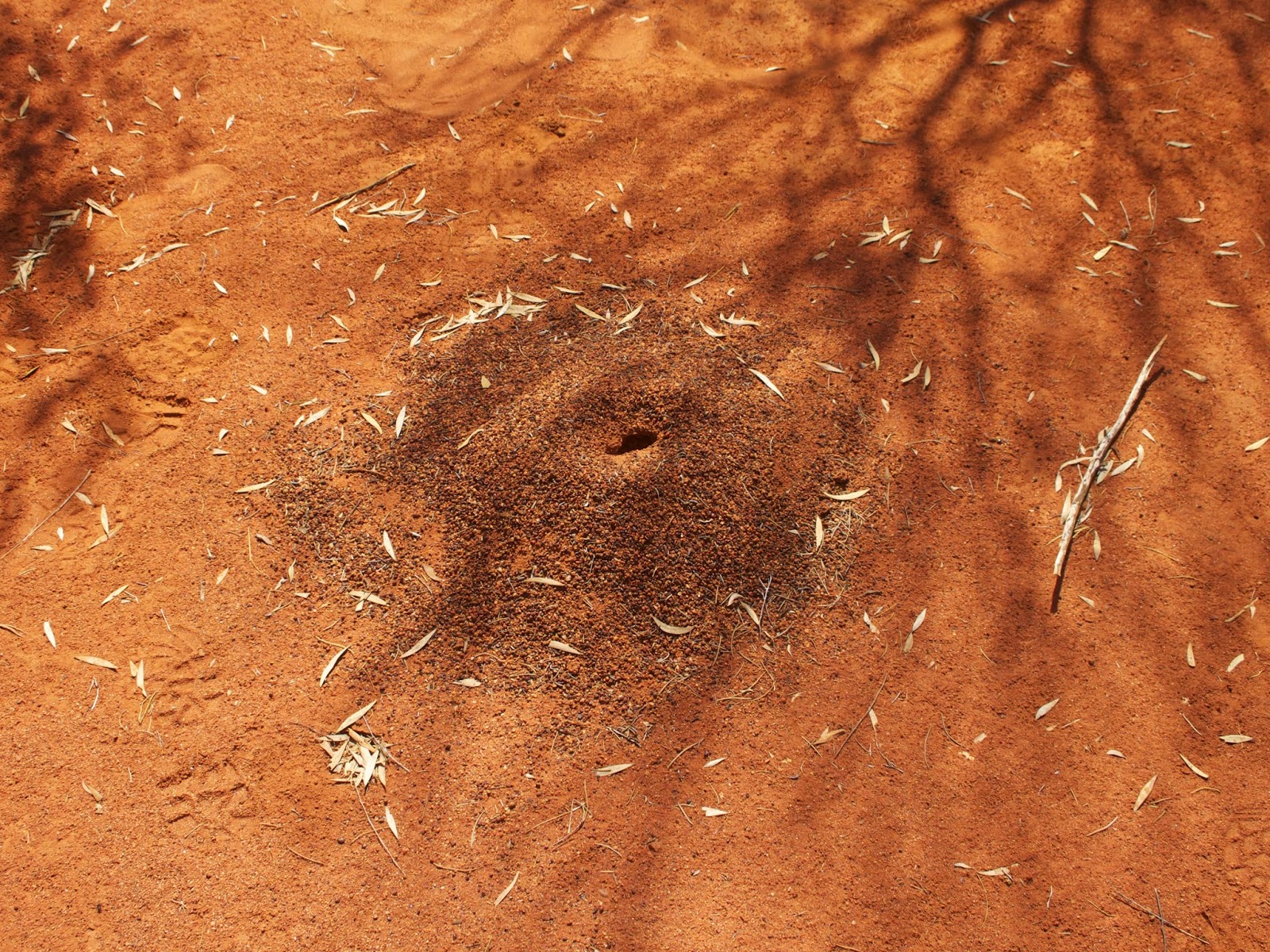 Scary...! The boomerangs here aren't designed to return to you so they're much bigger and heavier. The returning type originate from areas where you didn't want to have to retrieve it i.e. crocodile infested rivers! 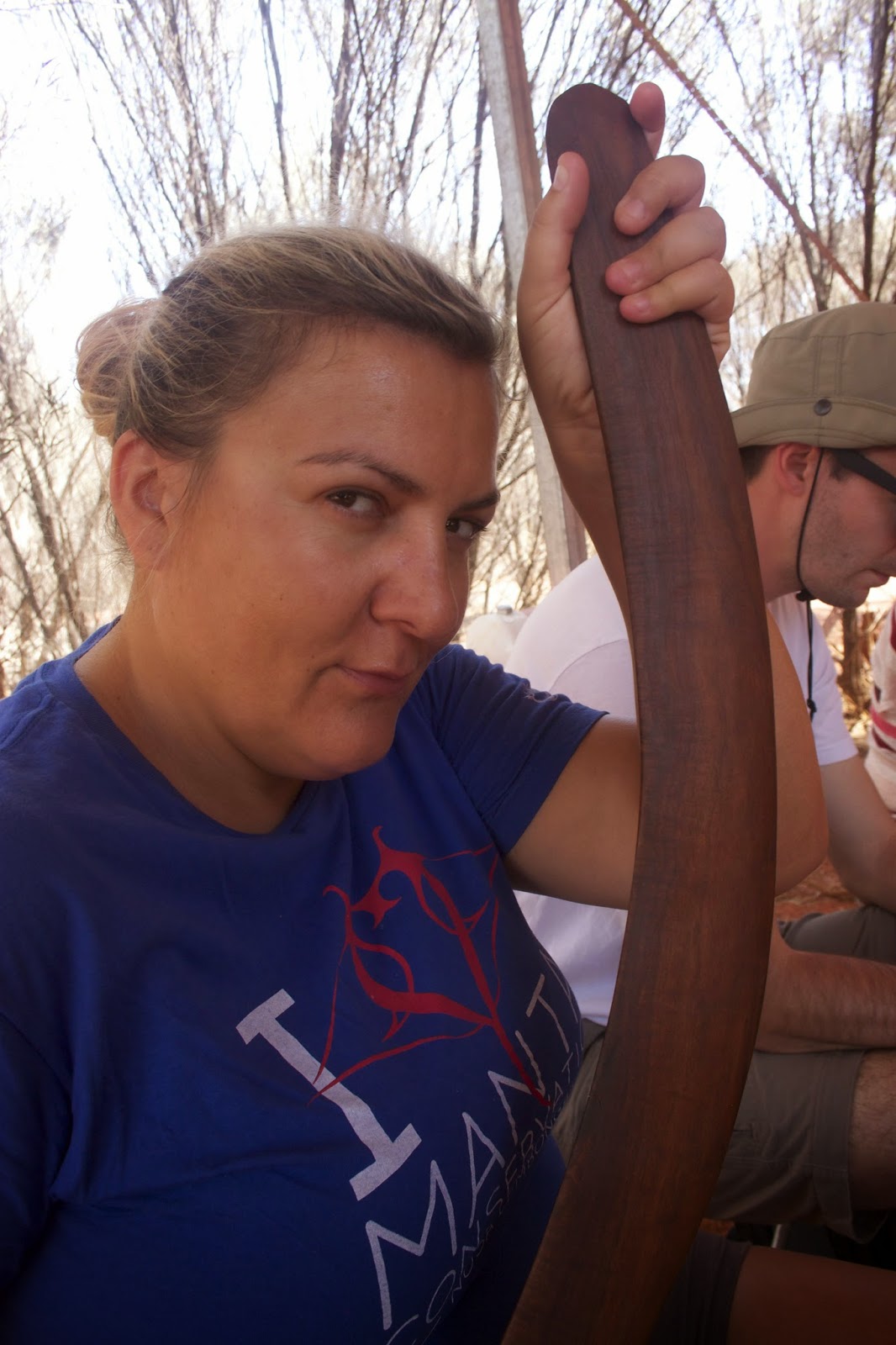 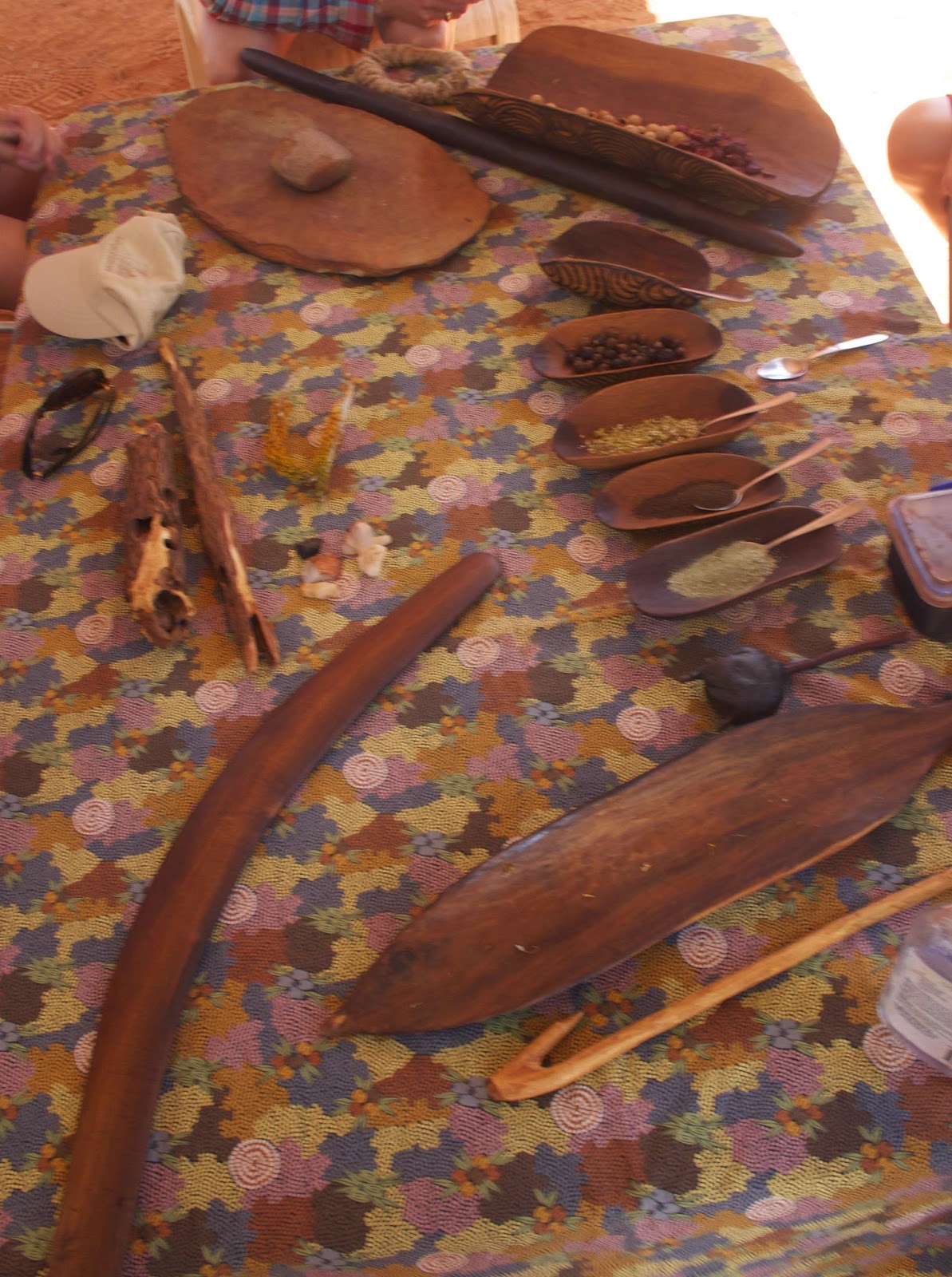 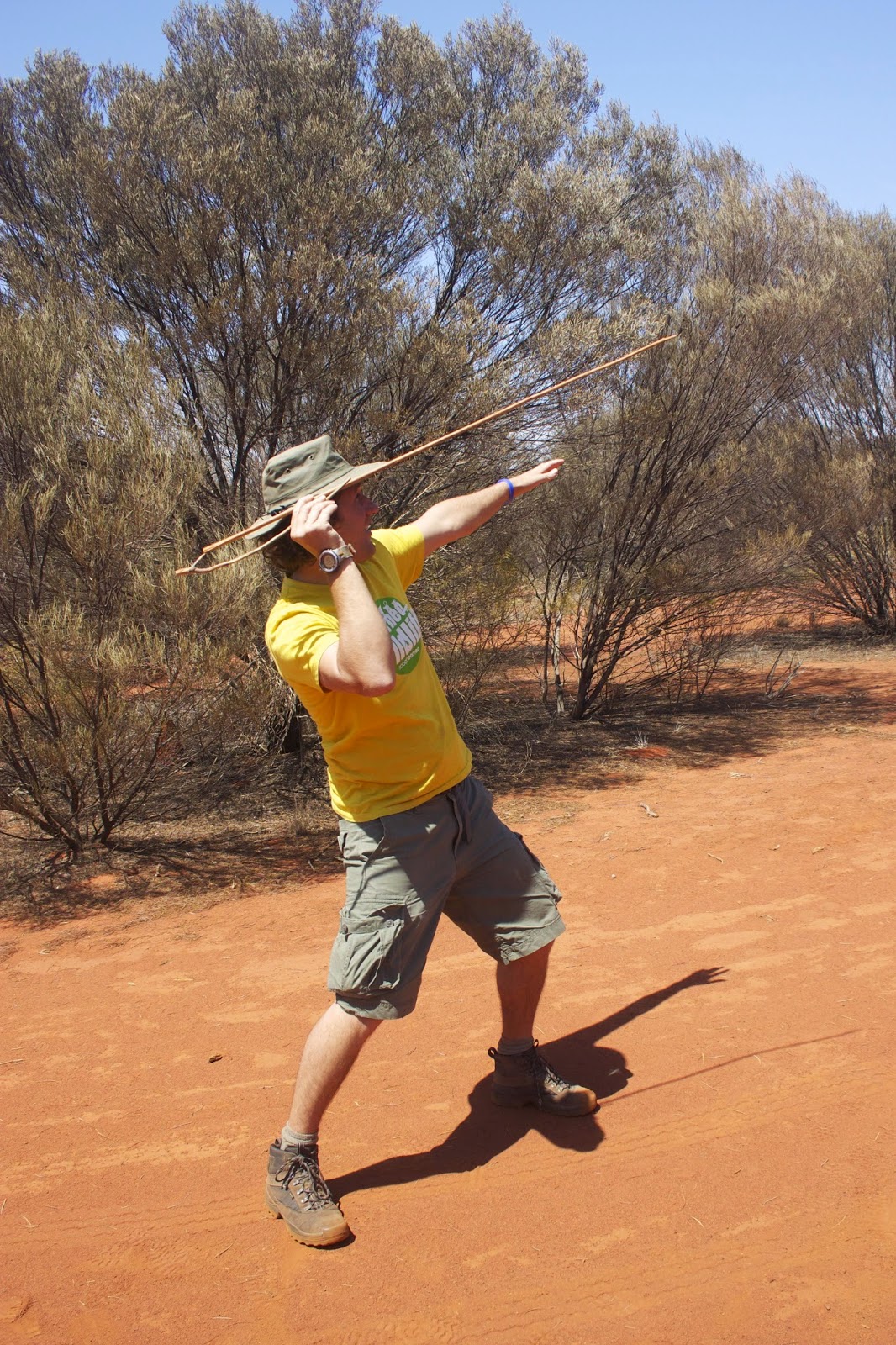