The Mytikyina hotel receptionist had told us the boat left at 7am, so to be sure of getting a ticket at 6.30am we were advised to leave the hotel at 6am and we made arrangements with her to book a taxi. Time management was not her strong suit, as when we came down to the desk the bill was not prepared nor a taxi booked. Eventually we caught a tuk tuk, it was before dawn, cold and he went incredibly slowly, in fact we were overtaken by a bicycle! Arriving a few minutes before seven we were dropped off on the road and found our way down to the harbour where a handful of boats congregated on the riverbank. “The boat doesn't leave till 9am” we were told (well, actually it finally left at 9:45am). Shivering, despite 4 layers, a nice Nepali man felt sorry for us and helped us find some noodle soup and we supped green tea till our departure.

It was tricky to navigate the upper Irrawaddy as the water was low; it is half way through the dry season and the wet season starts in June. We cruised criss-crossing the broad shallow river and scuttling around lurking dangers. The ferry was used by locals, approximately 80 passengers on board and the only other foreigners were two French guys in their early twenties.

We past flat and pebble crested sandbanks mixed with fine sand terraces showing dune bedding formations. Wild geese, cormorants and ducks dabbled at the waters edge. Often a tree branch marooned in the middle of the river reminded us just how shallow it was. The ferry captain said it was only two foot deep in places, so the hull must have hardly had a draught. In the hazy distance we could just distinguish sharp pointed hills.

Hawkers selling quail eggs, beans (prepared in ten different ways), apples, steamed buns, sweet buns, samosas, fried chicken, chickpea cakes, small potatoes in a sauce, cigarettes, cheroot, betel nuts, sponge cake and indigestion remedies peddled their wares. The gentle chug of the engine competed with the passengers eating constantly, like crunching termites. Sunflower seeds where the most popular choice, with the husks being spat onto the floor. Within an hour we thought we were in a parrots cage!

We often stopped to meet someone on the bank who had cargo that needed transporting. Mooring up to a sandy shelf at an isolated village we realised how much of a life line the ferry was to so many. We also passed gold panning camps with men and woman washing away the banks in hope of a tiny fleck.

A young boy of four took a shining to Chris. Using the limited phrases proffered in our pirated Lonely Planet guide book and a degree of imagination we established some level of communication. The boy tried to help things along by spelling things out and was perplexed why Chris didn't know the most basic Burmese. The first hour was enjoyable as he was a cute little chap, even trying to read our palms, and removing a grey hair from Chris's head much to the rapturous laughter of the whole boat. The second hour Chris entertained him with the iPad, the third hour Chris pretended to be asleep to get rid of him, the fourth hour we hid on the roof of the boat.

Late in the afternoon we arrived at Sinbo, a large village with no road connection. Everything came and went by river, including us. We were shown with the French to the only guesthouse, a friendly basic affair with about 5 rooms thinly partitioned under a tin roof. The bed was a large double, the mattress a raffia mat! We ate wonderful rice, vegetables and fried river fish with mega hot tobasco style sauce. The French joined us for a beer. A local gent at the table next to us introduced himself and told us about the village and the area. Apparently the majority of people in the valleys are Shan, they've migrated north upstream from Shan province, whereas the Katchin tend to be up in the hills living in the jungle.

The sky was very clear and later in the evening we admired the bright stars. It was like someone had gone crazy with a needle to pierce holes everywhere into the heavens. There seemed to be more stars than sky.

An early, chilly start onboard 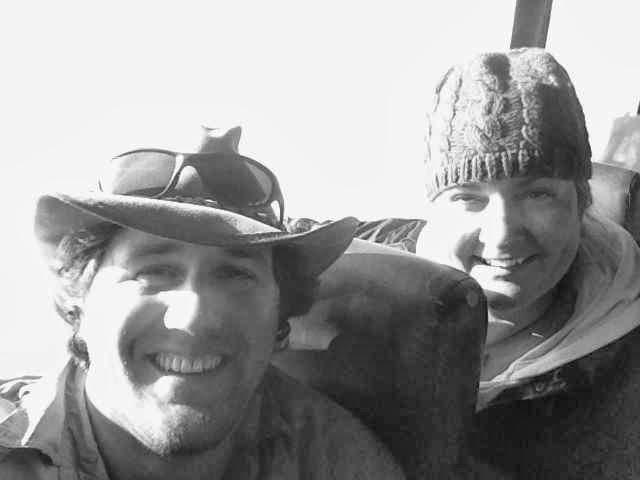 Where the river is too narrow for the boat to reach the bank the locals appear in force to ferry passengers and cargo to shore, some selling their wares as they go 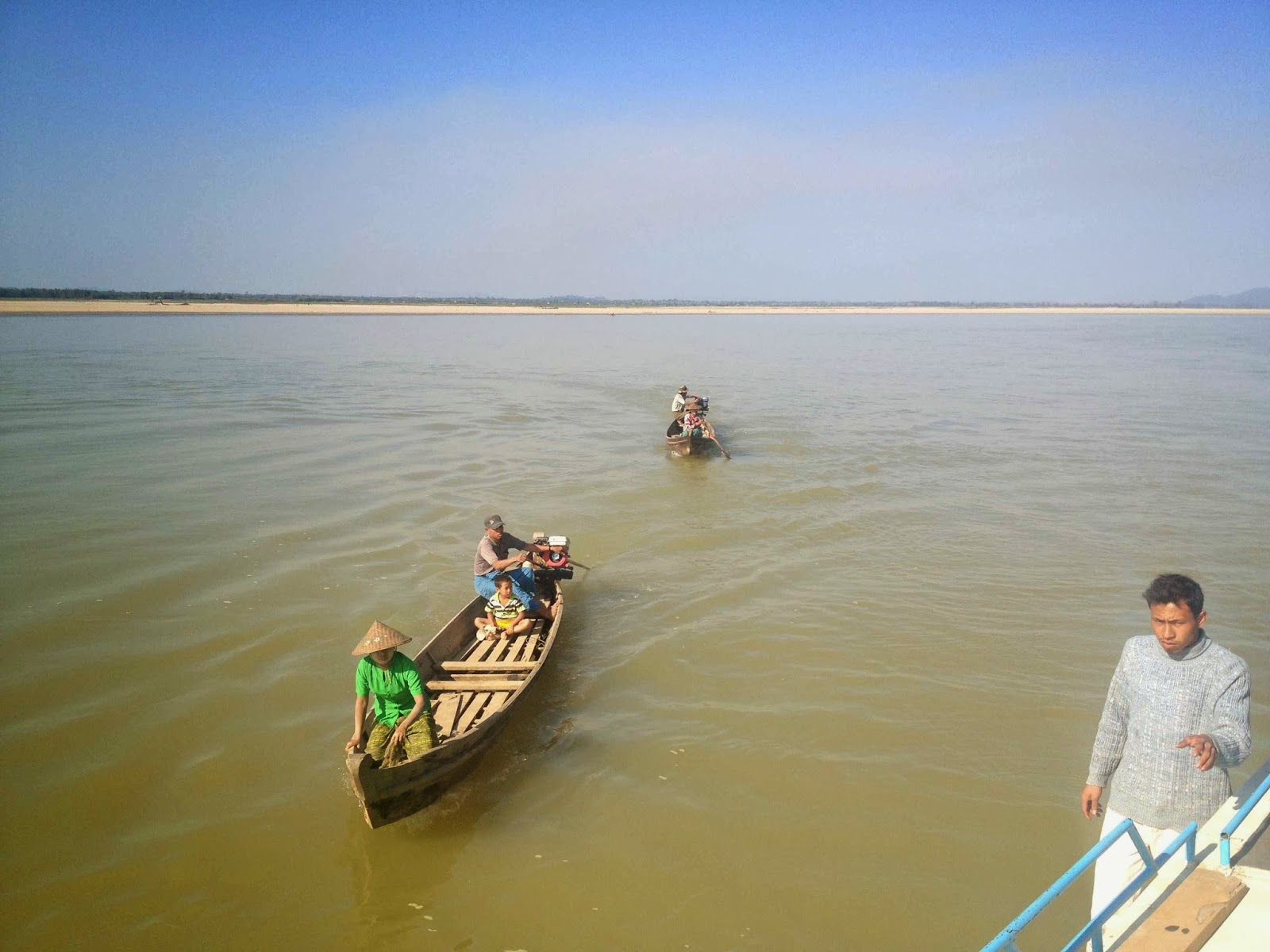 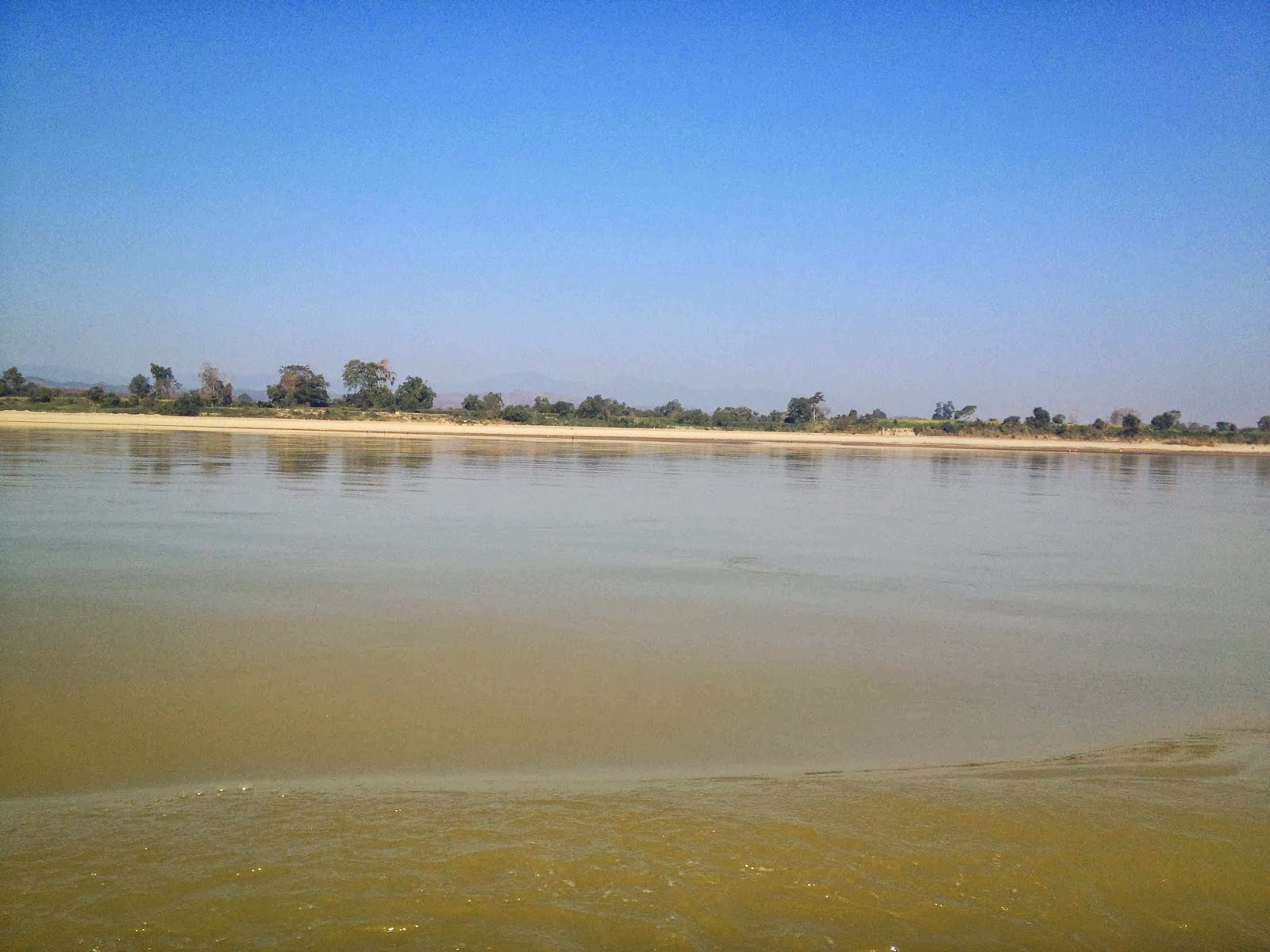 Plenty of room on top for luggage, cargo and travellers. People use the outer ledge to walk to the toilets at the back of the boat, consisting of a hole in the deck and some plywood to spare ones blushes! 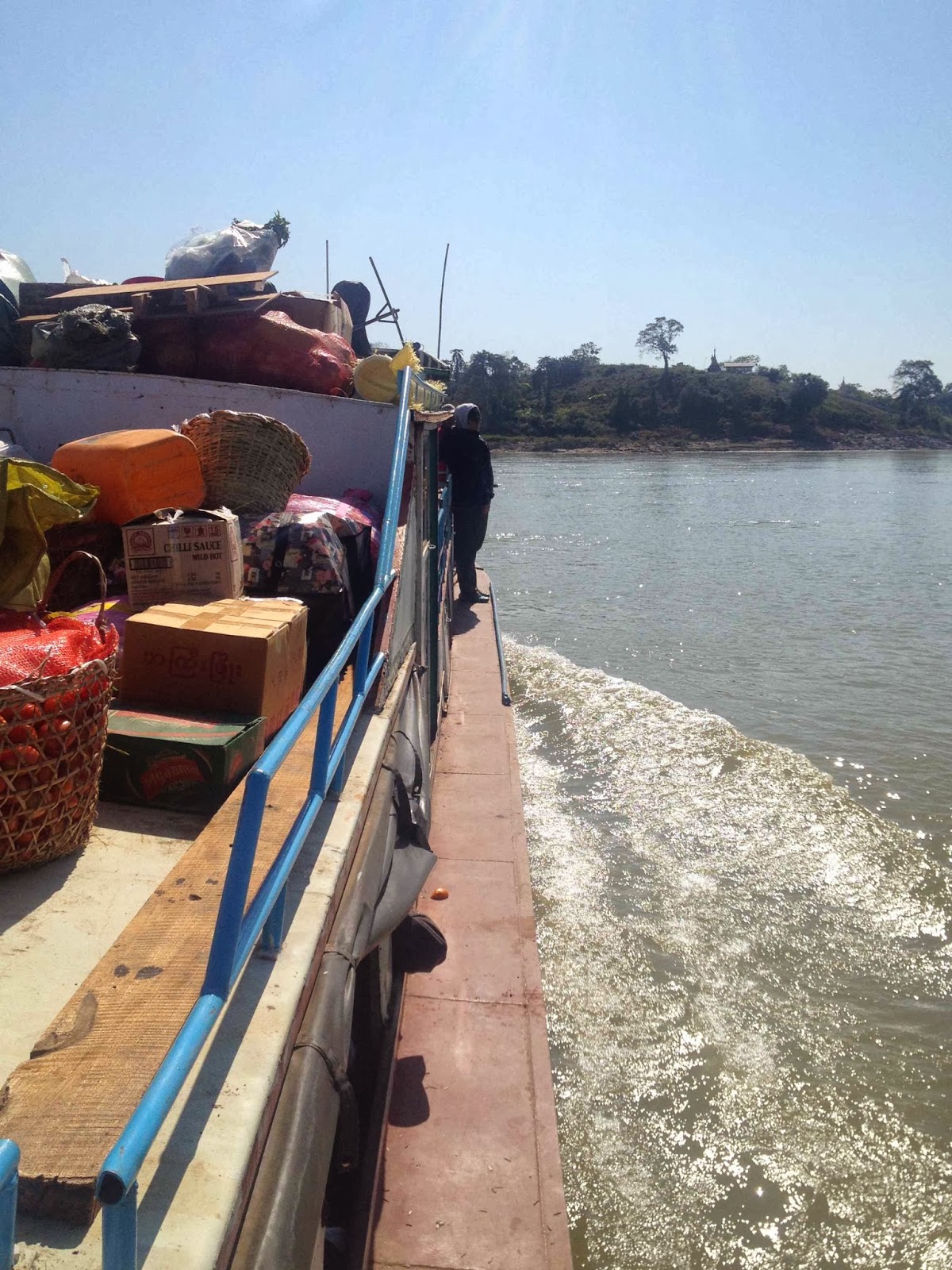 Sarah enjoying her day out on the river 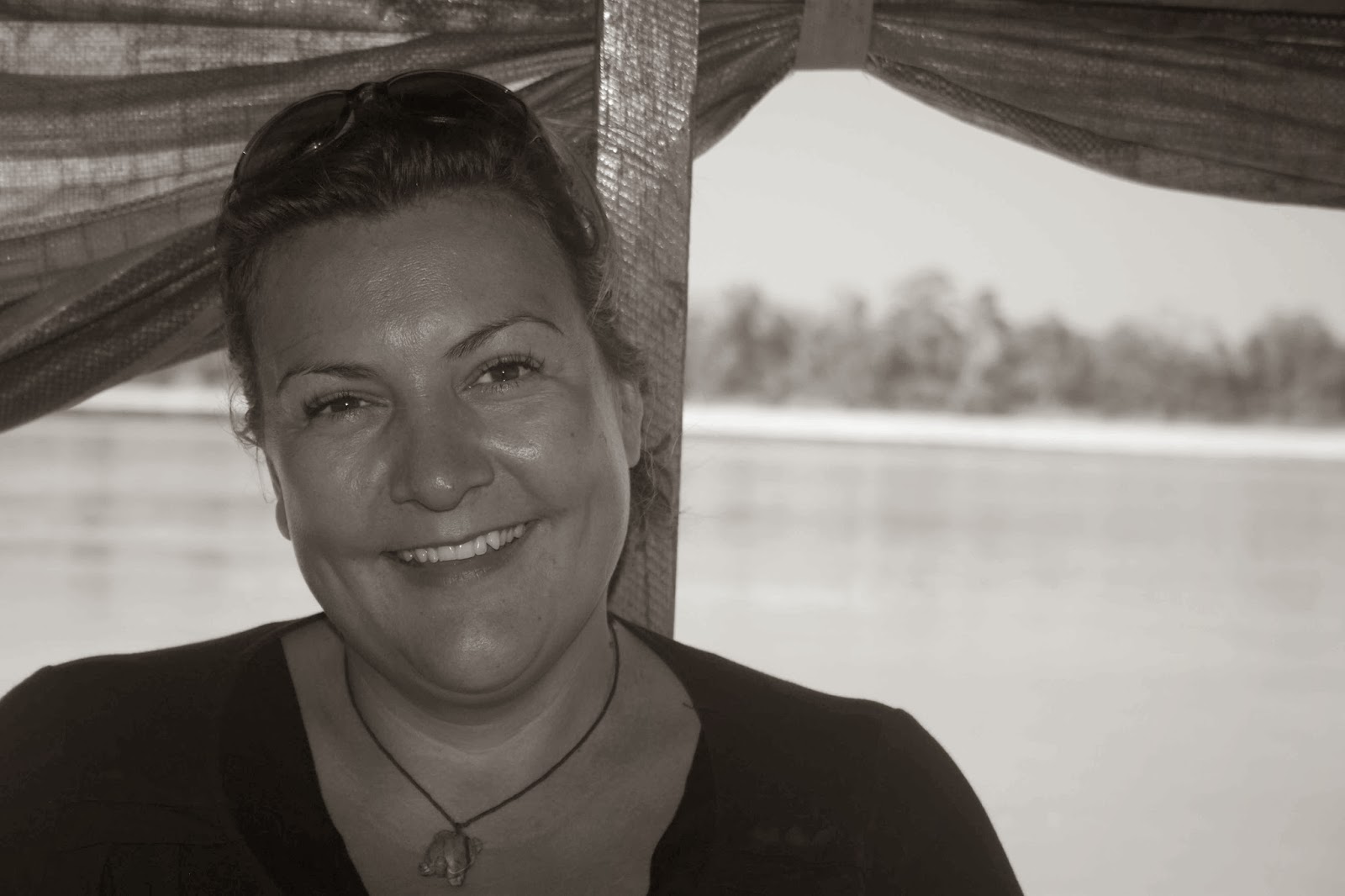 Locals disembark at their village stop 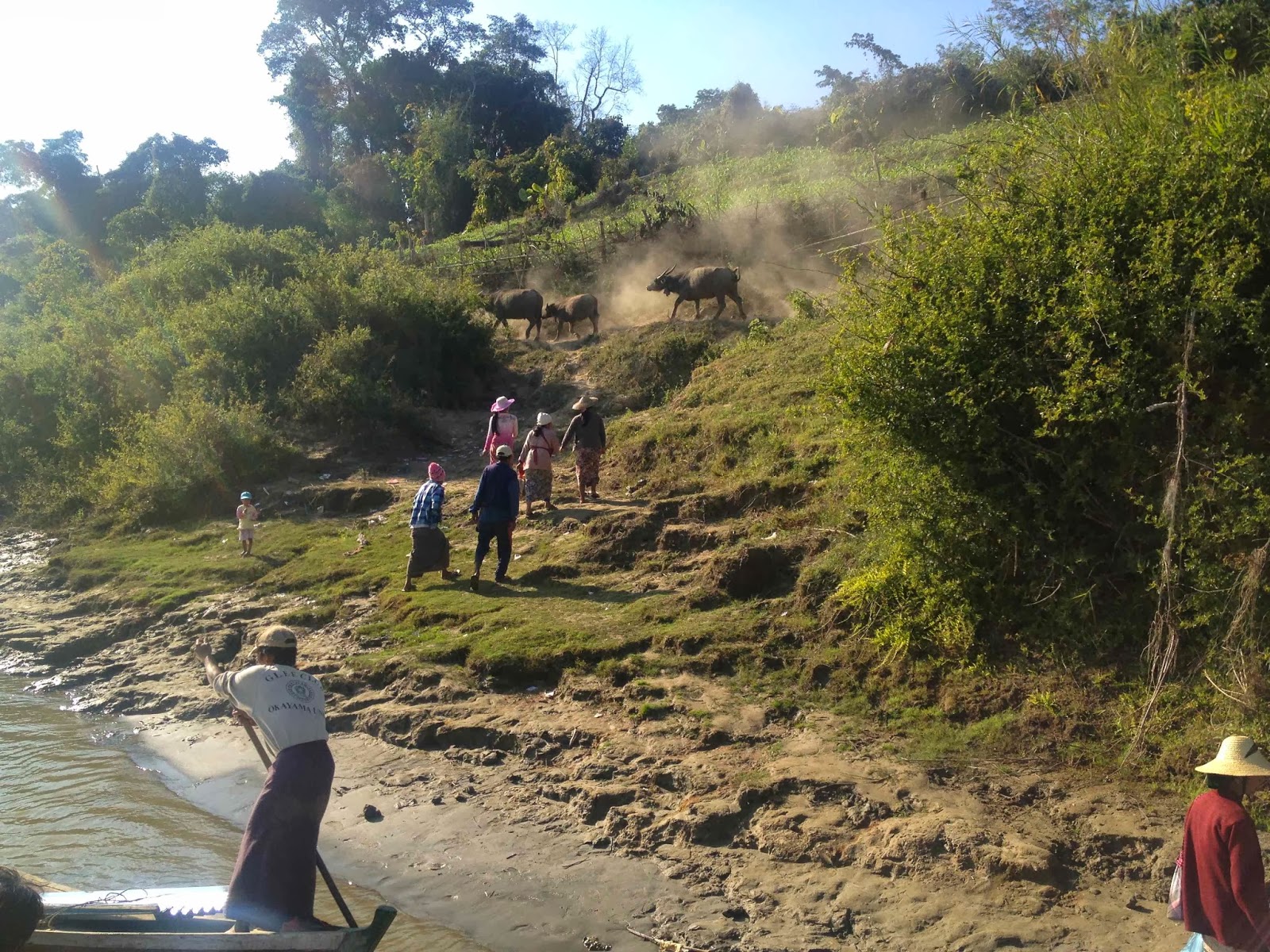 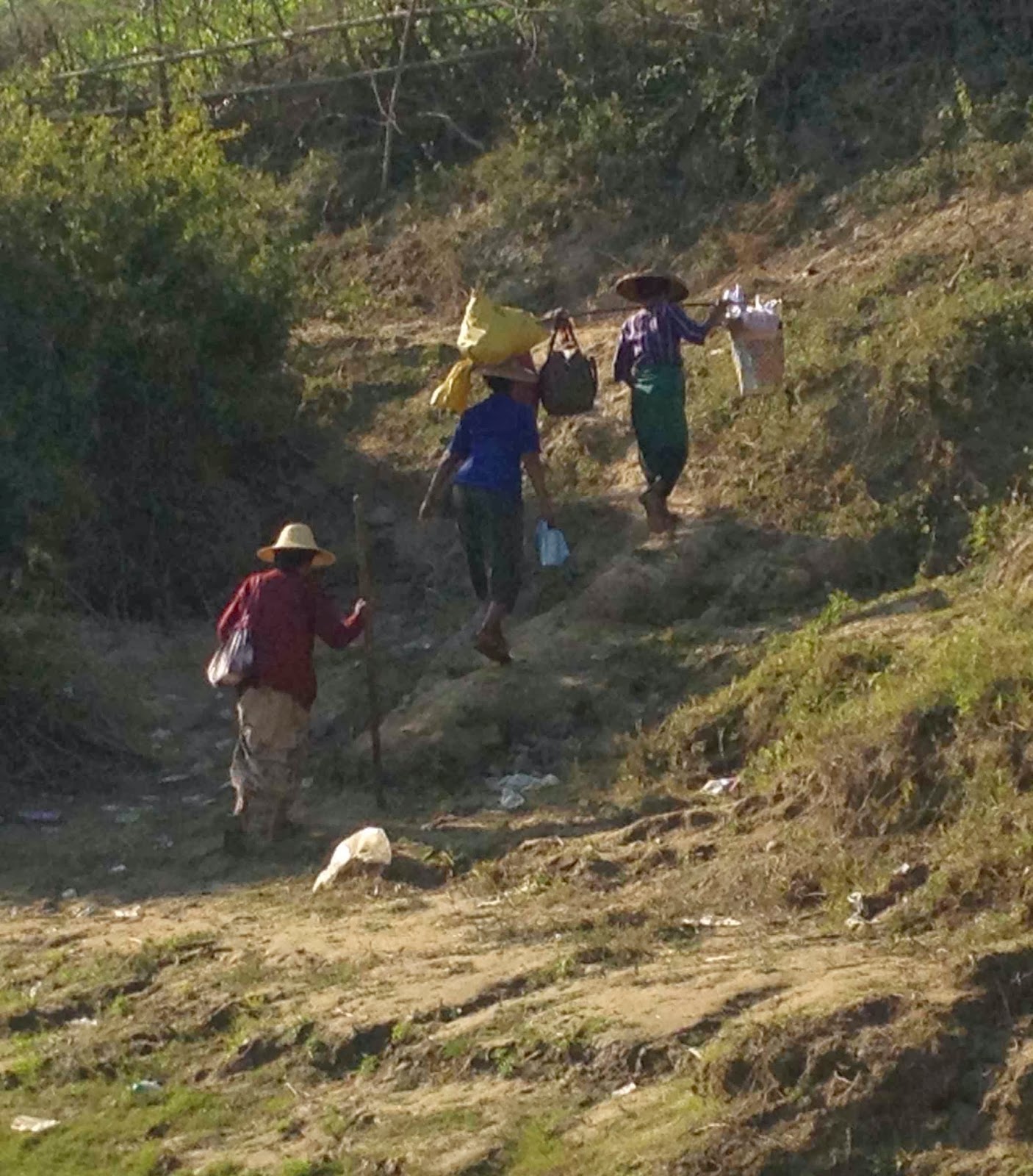 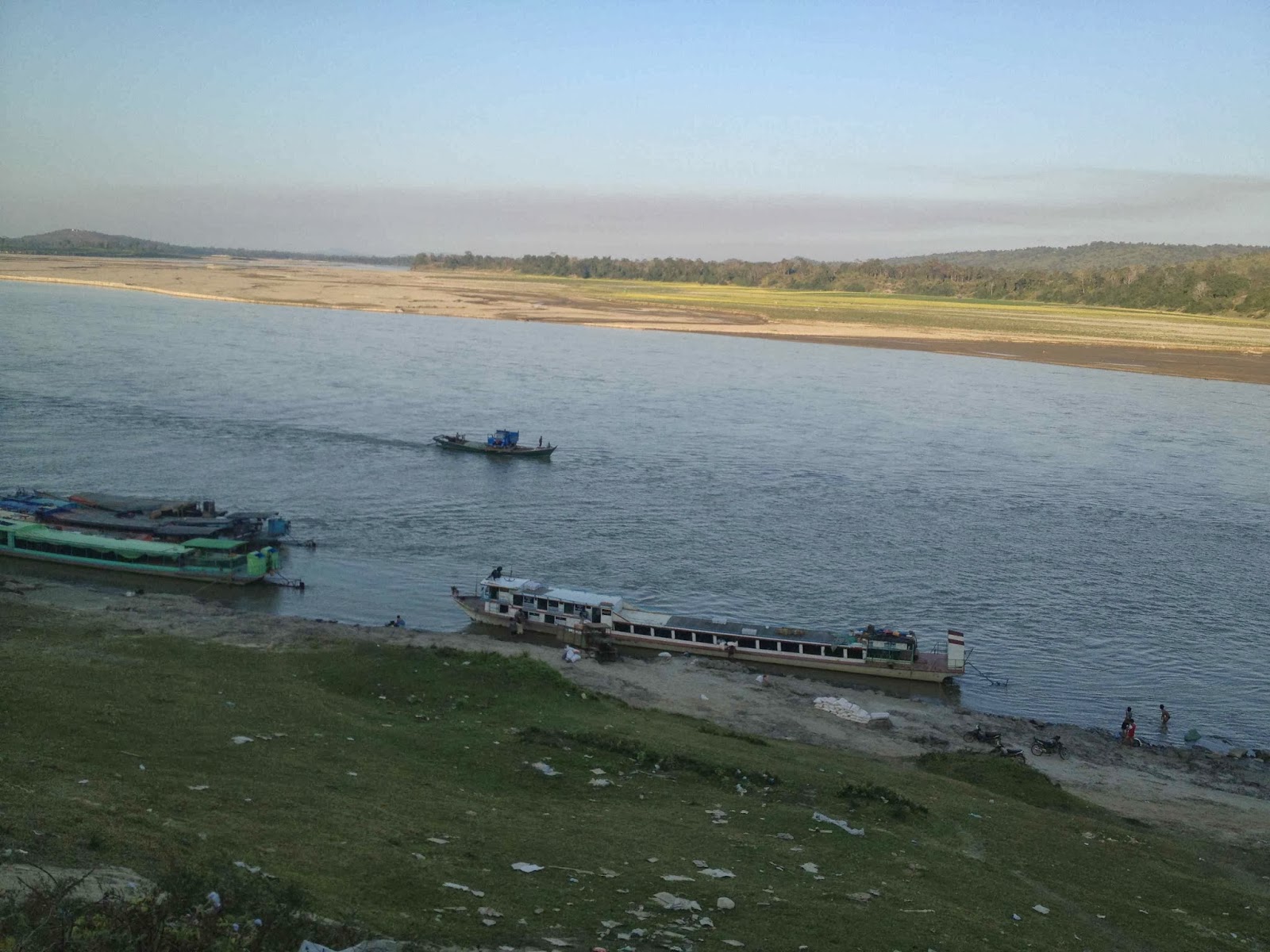 Everything is transported by river here 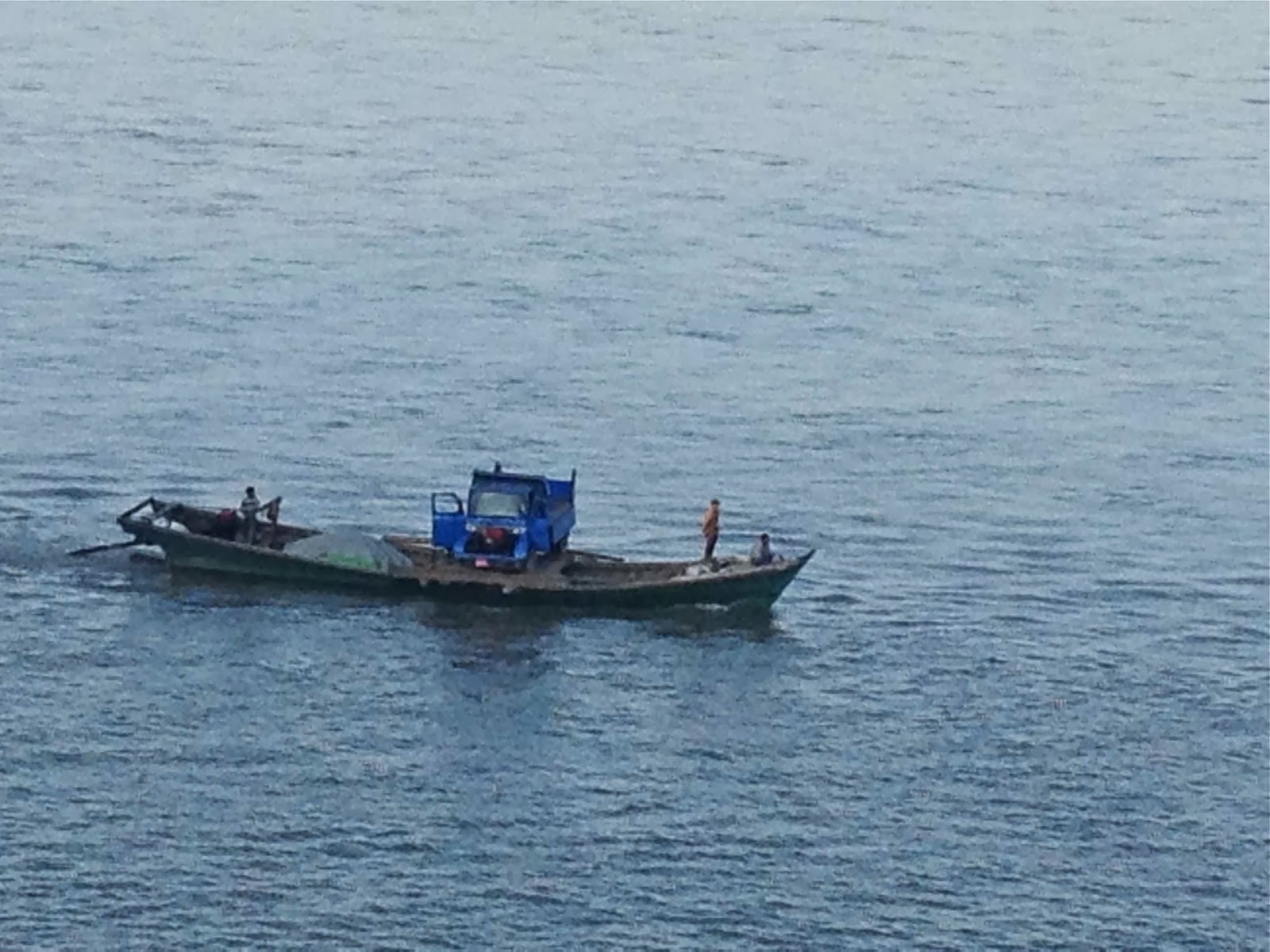