The Road to Mandalay

Mandalay Airport provided our first impressions of Burma, or Myanmar as it is now called. A small airport, but very slick operation, we were whisked through immigration in 20 minutes, picked up our bags and in the taxi to town – very impressed, nothing like the horror stories we’d heard of. Driving along the highway towards Mandalay city we were straight into fields of corn, maize, green vegetables and not a tractor in sight. Buffalo were still being used to plough and move heavy goods by cart, the few cars and trucks there were looked ancient and mainly came from China. It felt like we’d past through a time warp, maybe 50 years, 100 in some cases depending where you looked.

Mandalay is a dusty, busy town, but with relatively clean streets and few cars, mainly scooters, minivans and the occasional truck or “Chinese buffalo”, consisting of a cart with a front seat and an engine perched on the outside.

Everywhere you looked people smiled back at you, sometimes waving, sometimes shouting hello or byebye. People would come up to you to practice their English or just to shake your hand. Quite a few tourists come to Mandalay, but I guess many don’t go out wandering the streets after dark. A white person is still enough of a rarity here to cause stares, shrieks and plenty of amusement.

Burma is said to be one of the most Buddhist countries in the world, approximately 85% of the population, and everywhere you look there are monasteries, stupas, monks and nuns. It is compulsory for a boy to spend at least some time in his life as a monk, a minimum of a week but many stay for months or years, and some never leave. The young novice monks are as keen as anyone to come and talk and wave hello.

On our first evening we took a quick bicycle tour of the city with a lovely man with his bicycle and side cart and watched the sunset over the Irrawaddy river with our first bottle of Myanmar Beer. 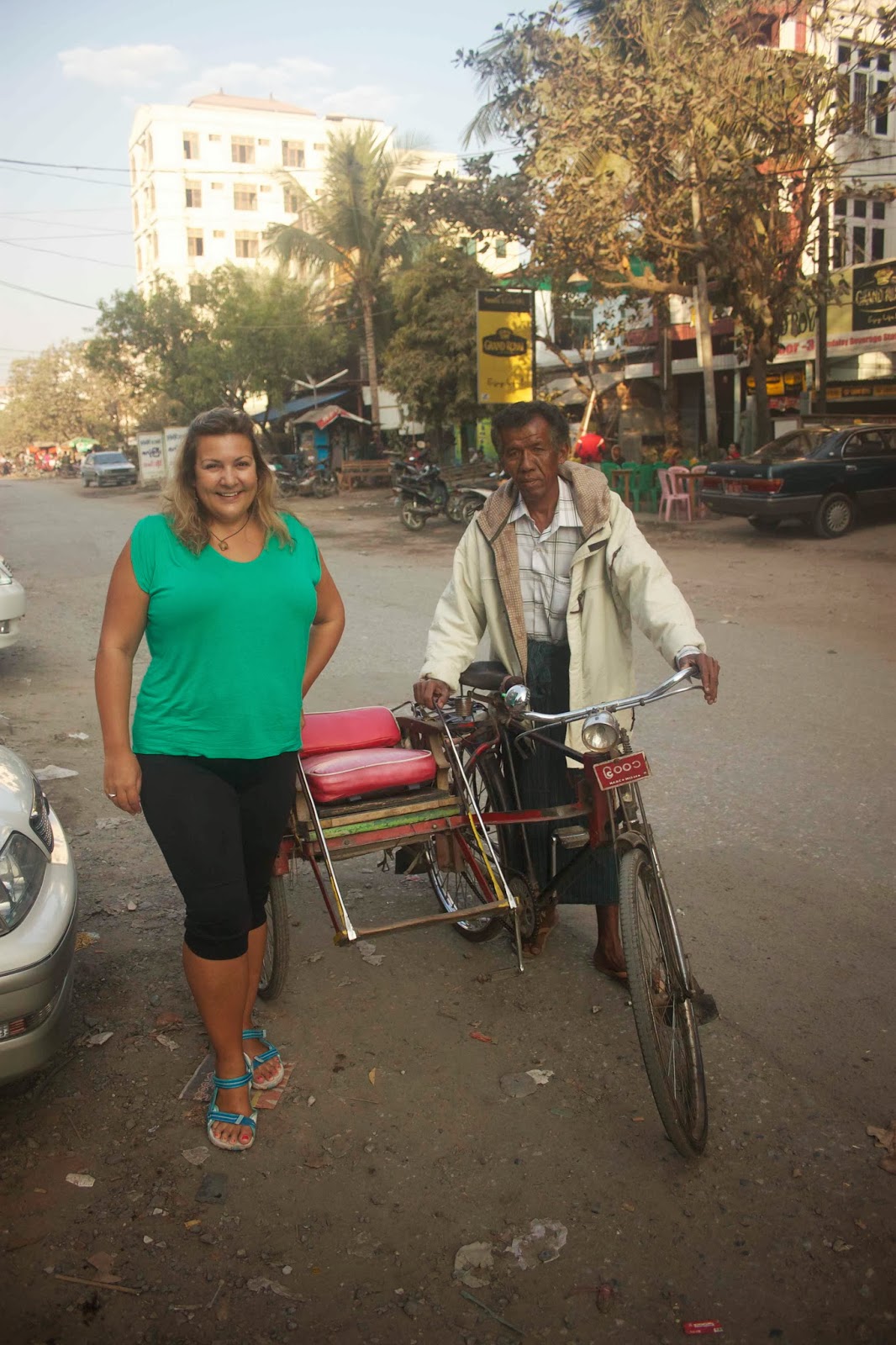 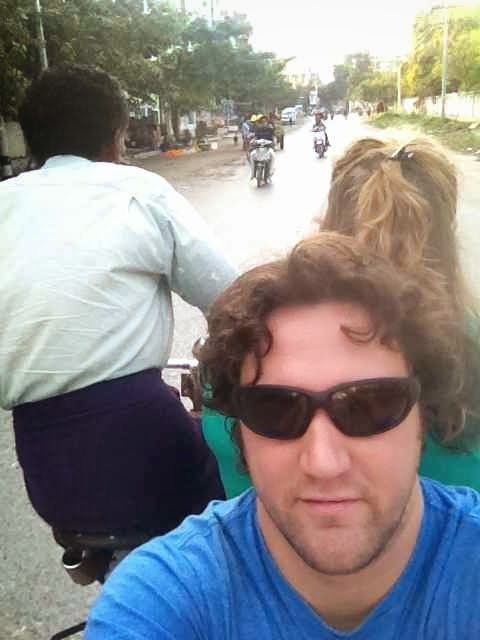 Sunset dinner looking out over the Irrawaddy 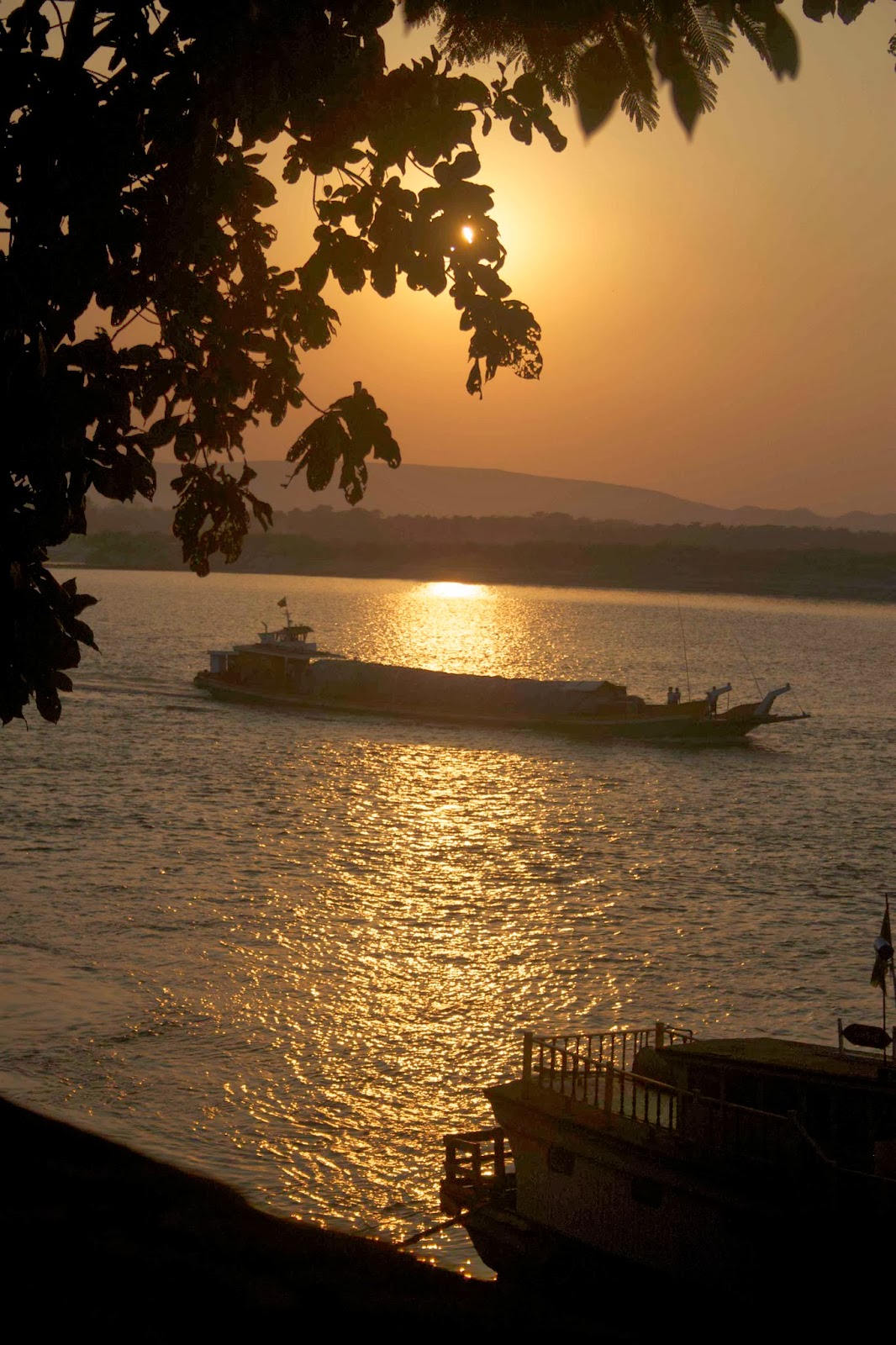 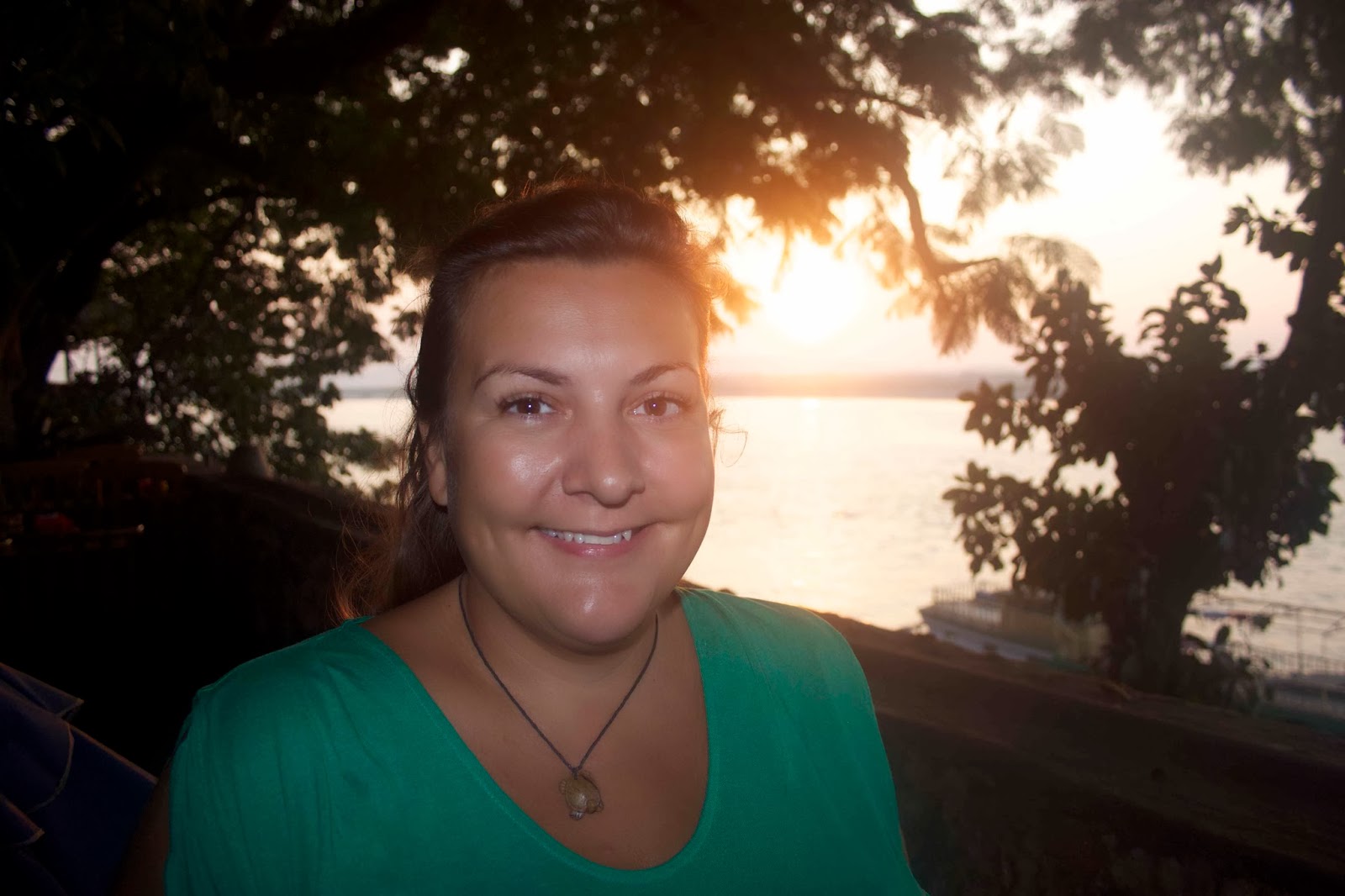 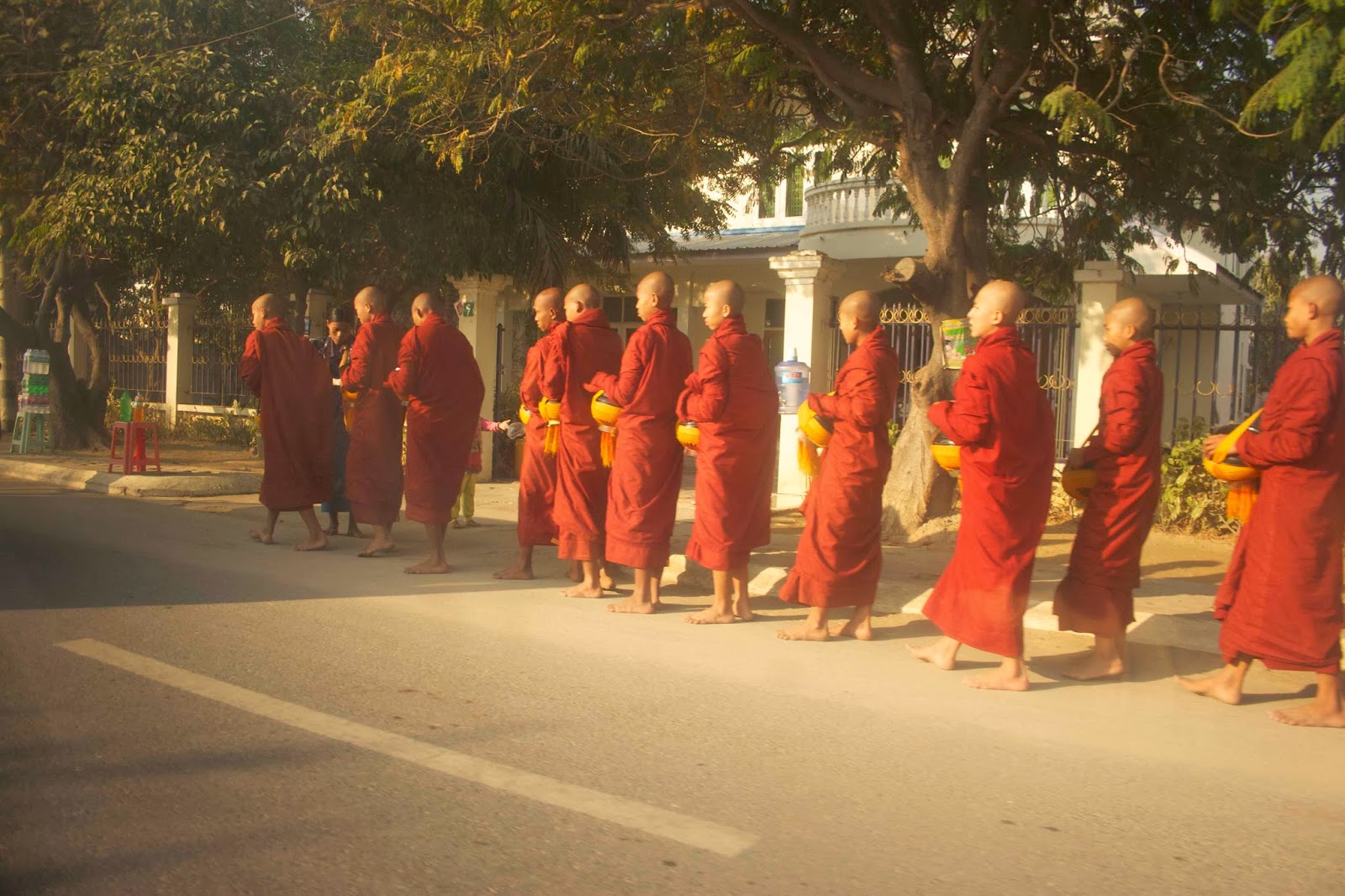 Three nuns walking outside the nunnery 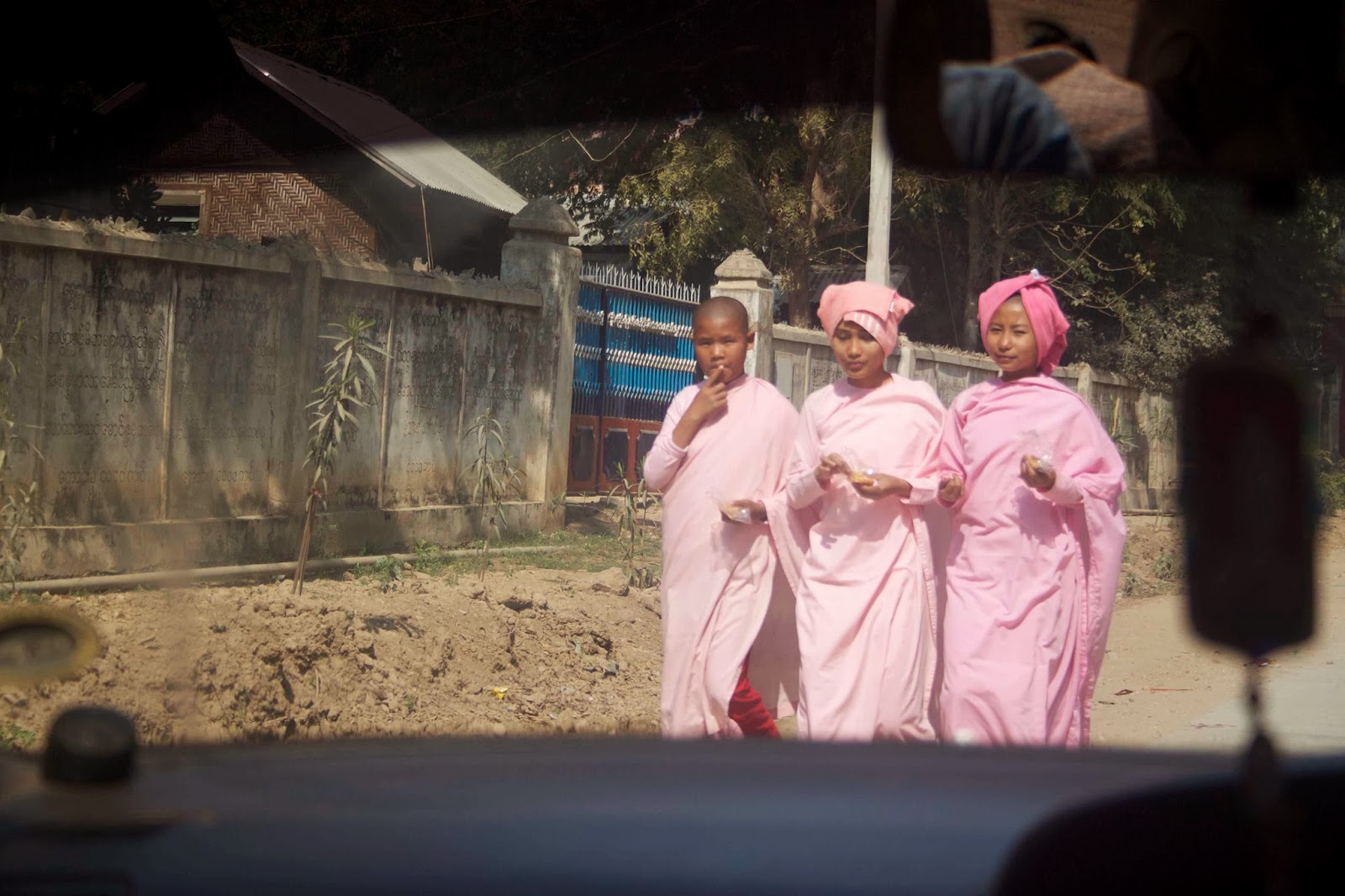 A common site on Burma's roads, the ox or buffalo is still a major mode of transport and haulage here 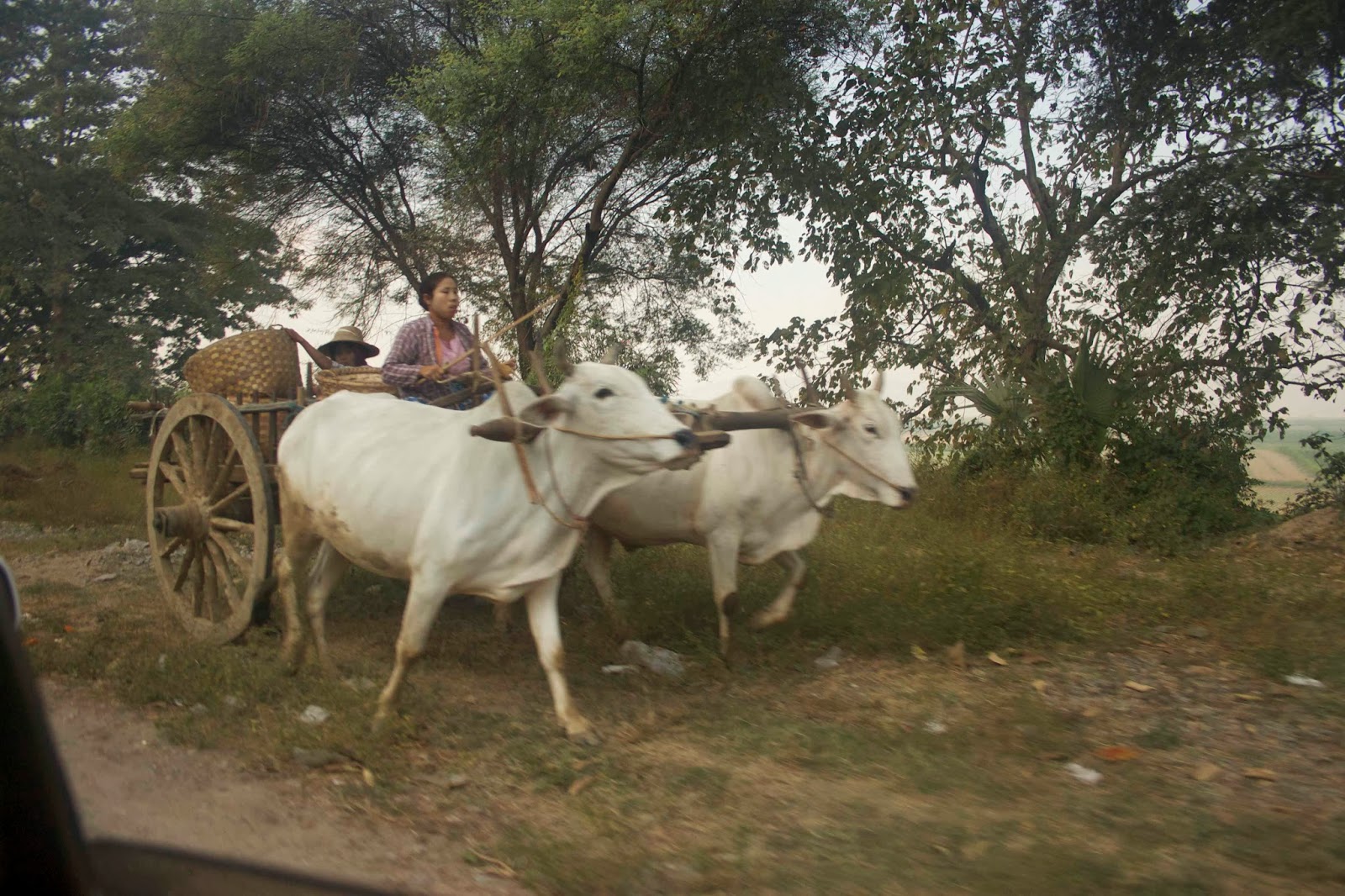