Returning by minibus to Mandalay we noticed a multitude of teak tree saplings lining the road. We found out that these were planted by the government to help combat the knife edge decline of teak in the country. We were told that most of the large old teak trees in the hills had been felled and sold to the Chinese for furniture.

We descended from the plateau and reached the valley floor of Mandalay. To get a good view of the city we took a trip up Mandalay Hill. The hill is dominated by a monastery and a very large pagoda. Here we saw more foreigners then we had seen in the past week, all obviously with the same idea. There were also many Burmese families, including mature relatives in wheelchairs who had come to pray to the many Buddha statues at the top.

Following a recommendation on trip advisor we went for dinner at a South Indian street food stall. The Chapatis were prepared and cooked in front of us and they were the best we have ever eaten. We took plates of slow cooked beef, chicken and daal soup. The vegetable curry was so fantastic we had three helpings! Washed down with lashings of green tea we were replete.

Panoramic from Mandalay Hill including the Temple 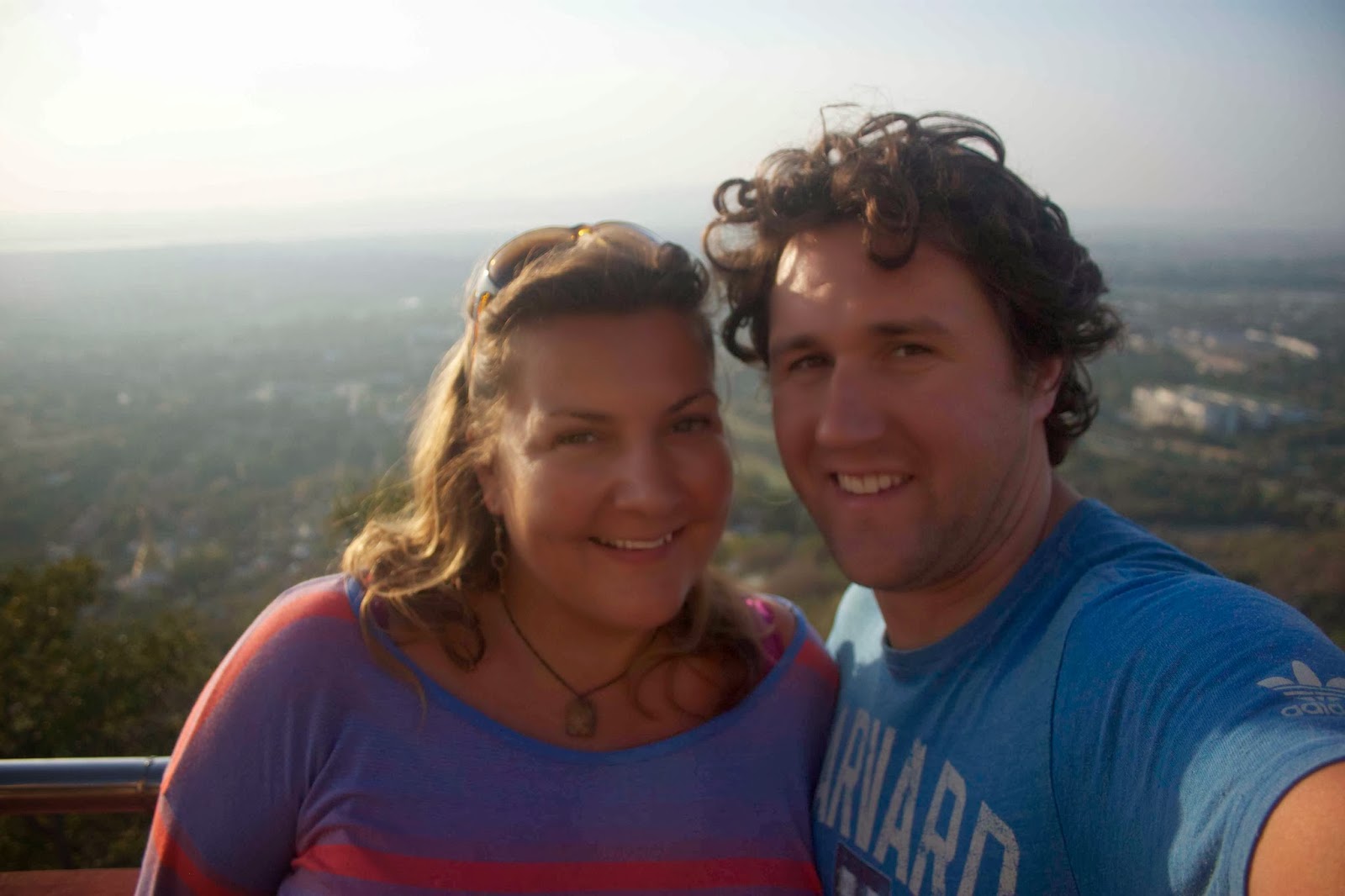 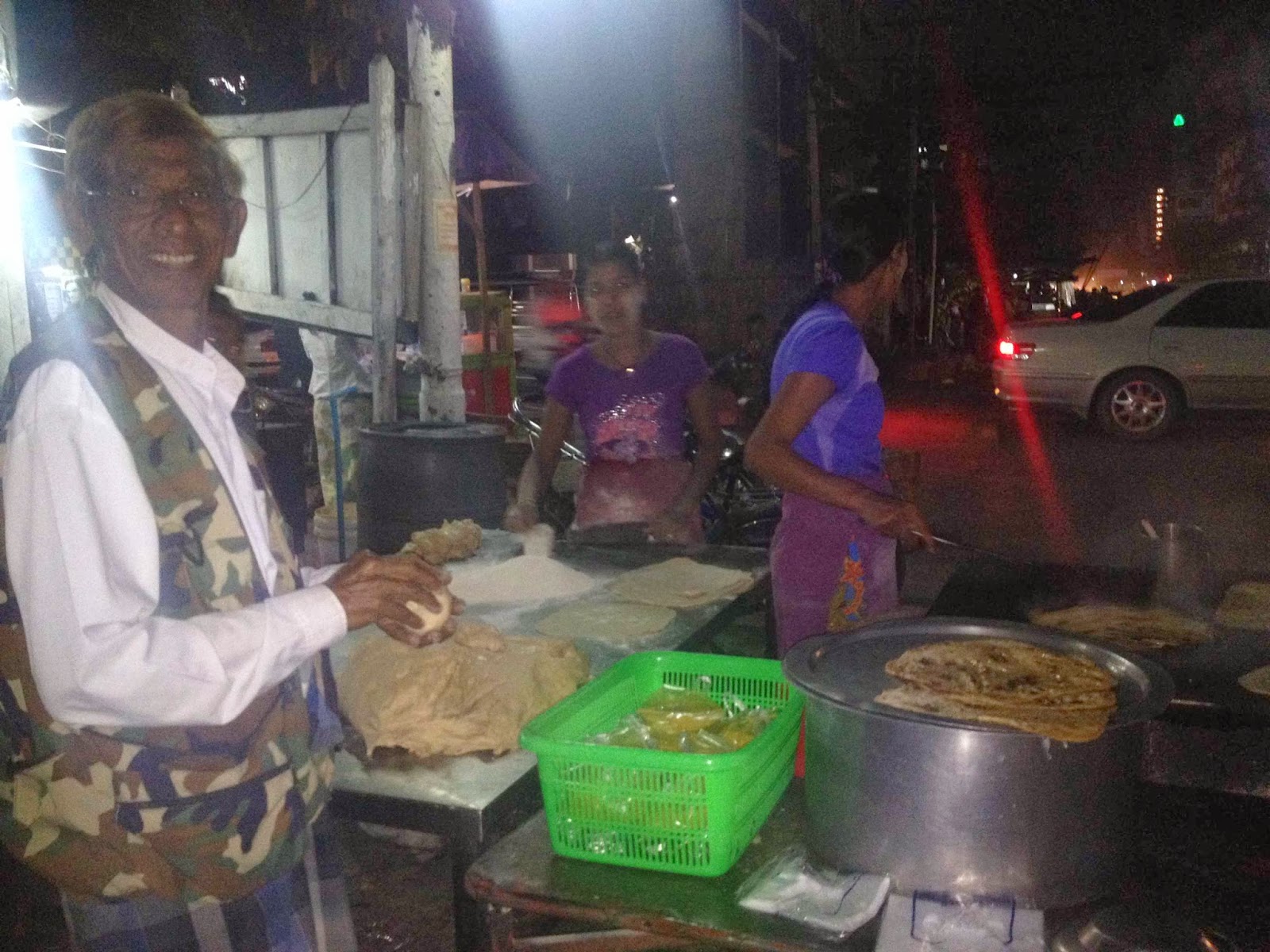 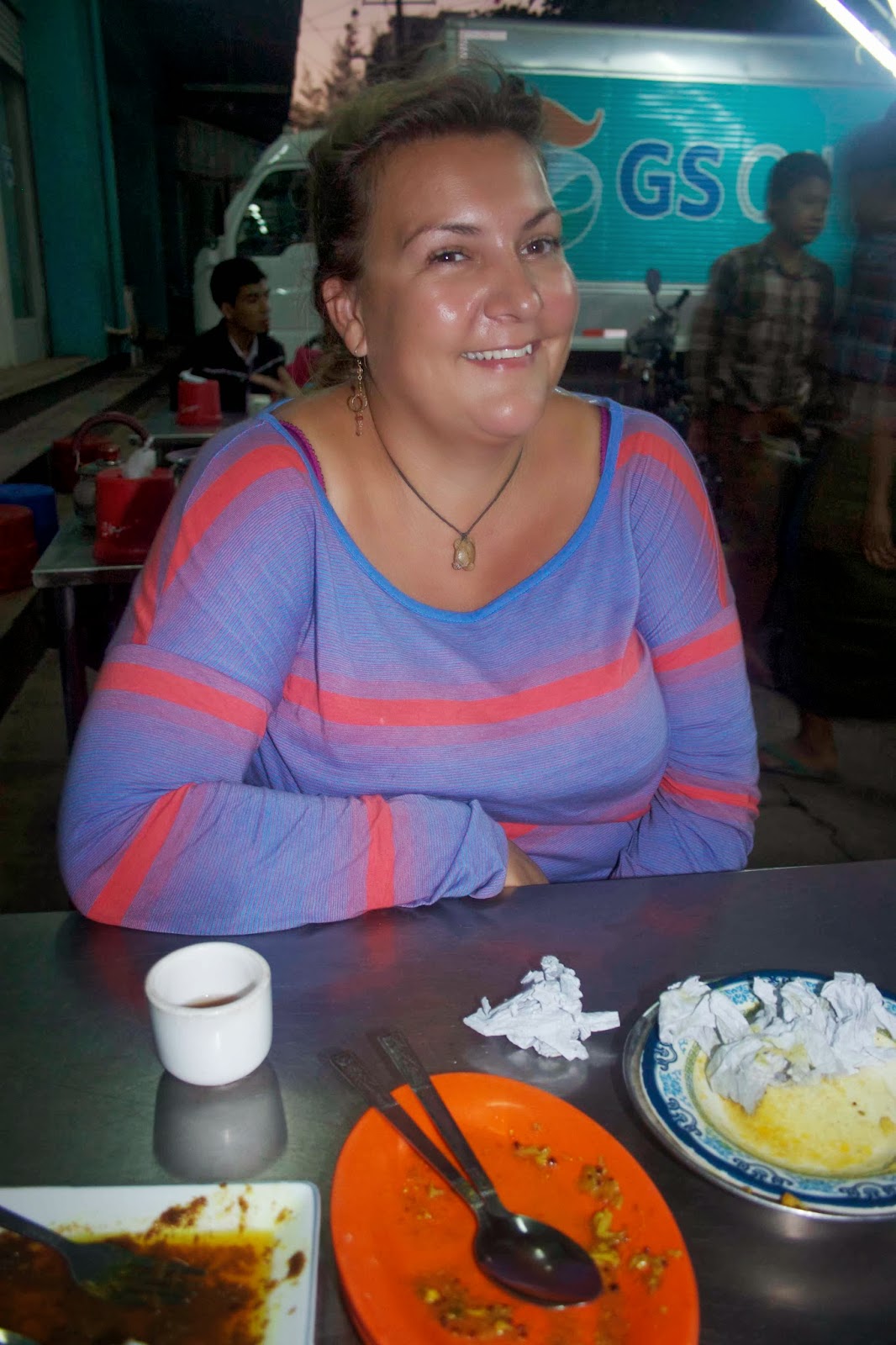